DOLLED up racegoers in their thousands beamed as they arrived at Epsom Downs Racecourse for Derby Day this afternoon.

Glammed up ladies in stunning dresses have been snapped at the Surrey racecourse as they soak up the sunshine alongside hundreds of suited and booted men, ready to cheer on the horses. 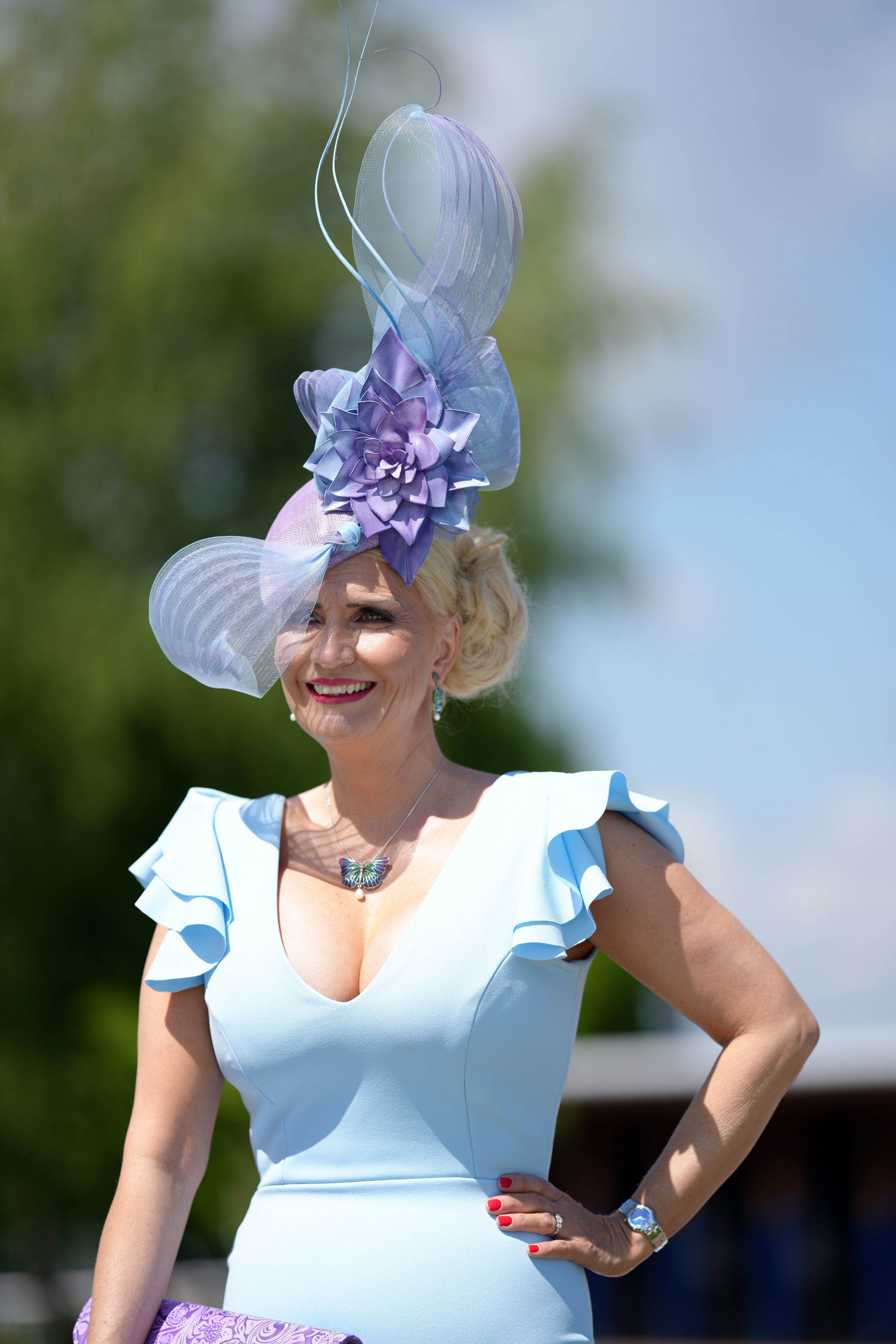 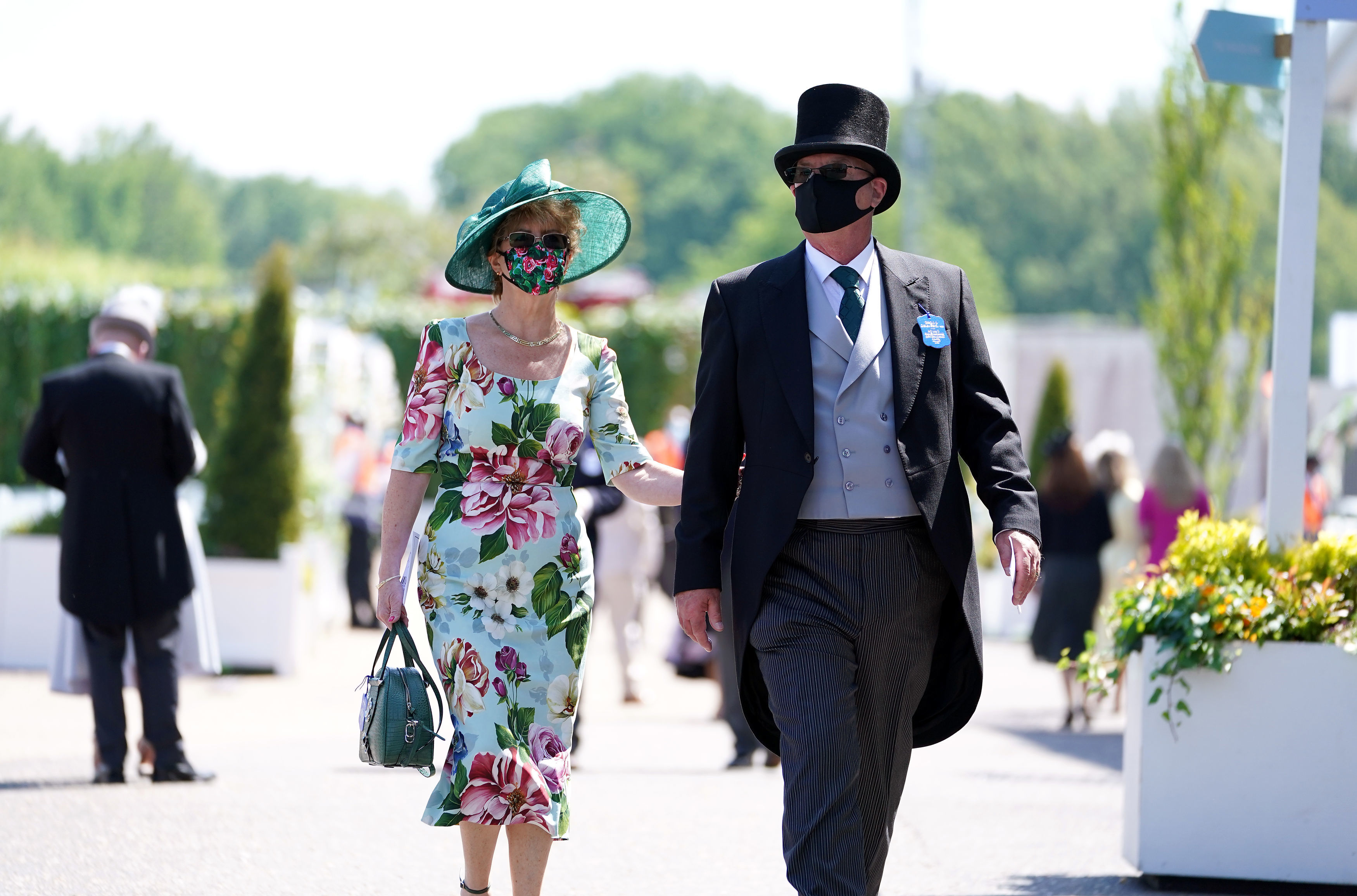 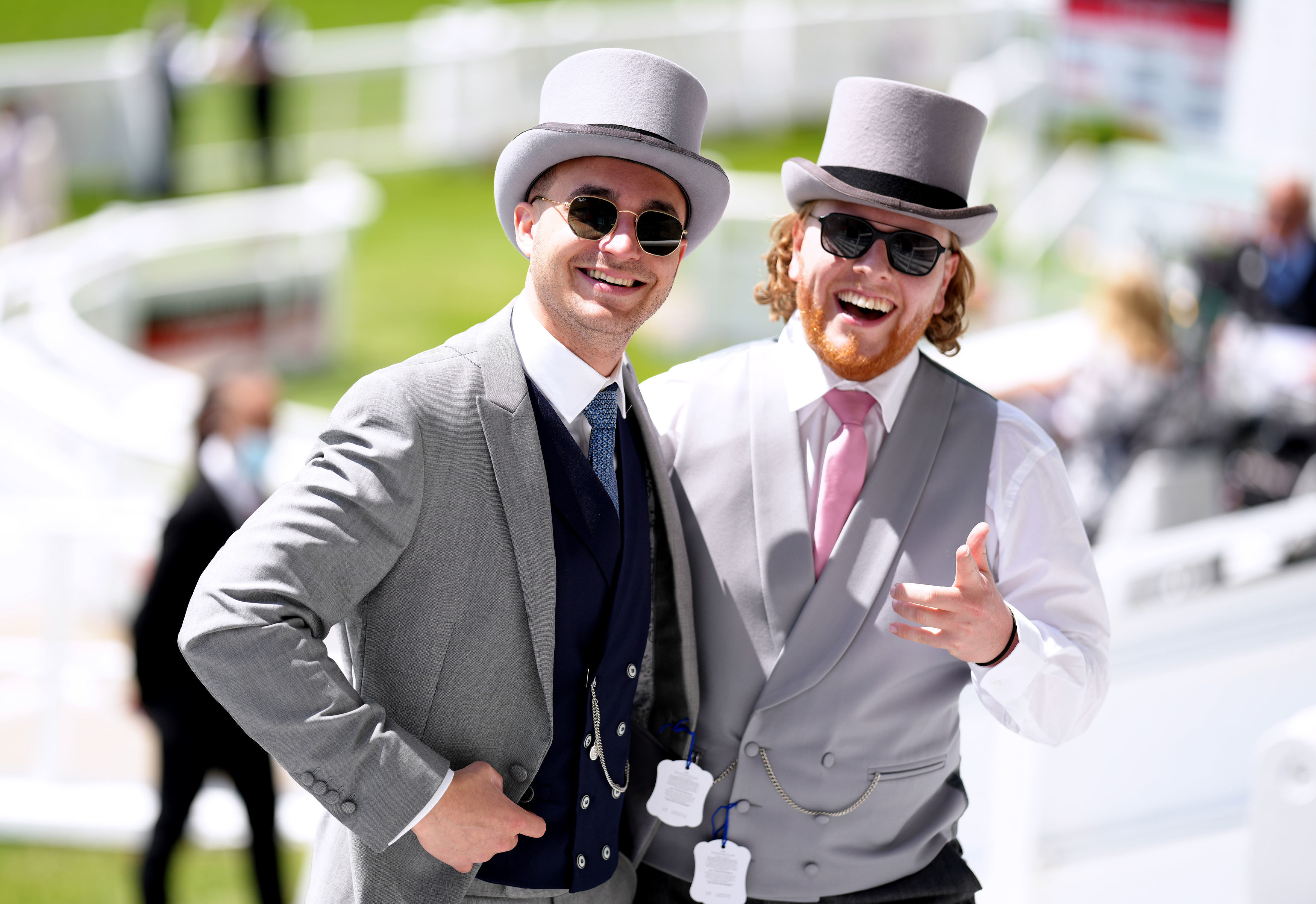 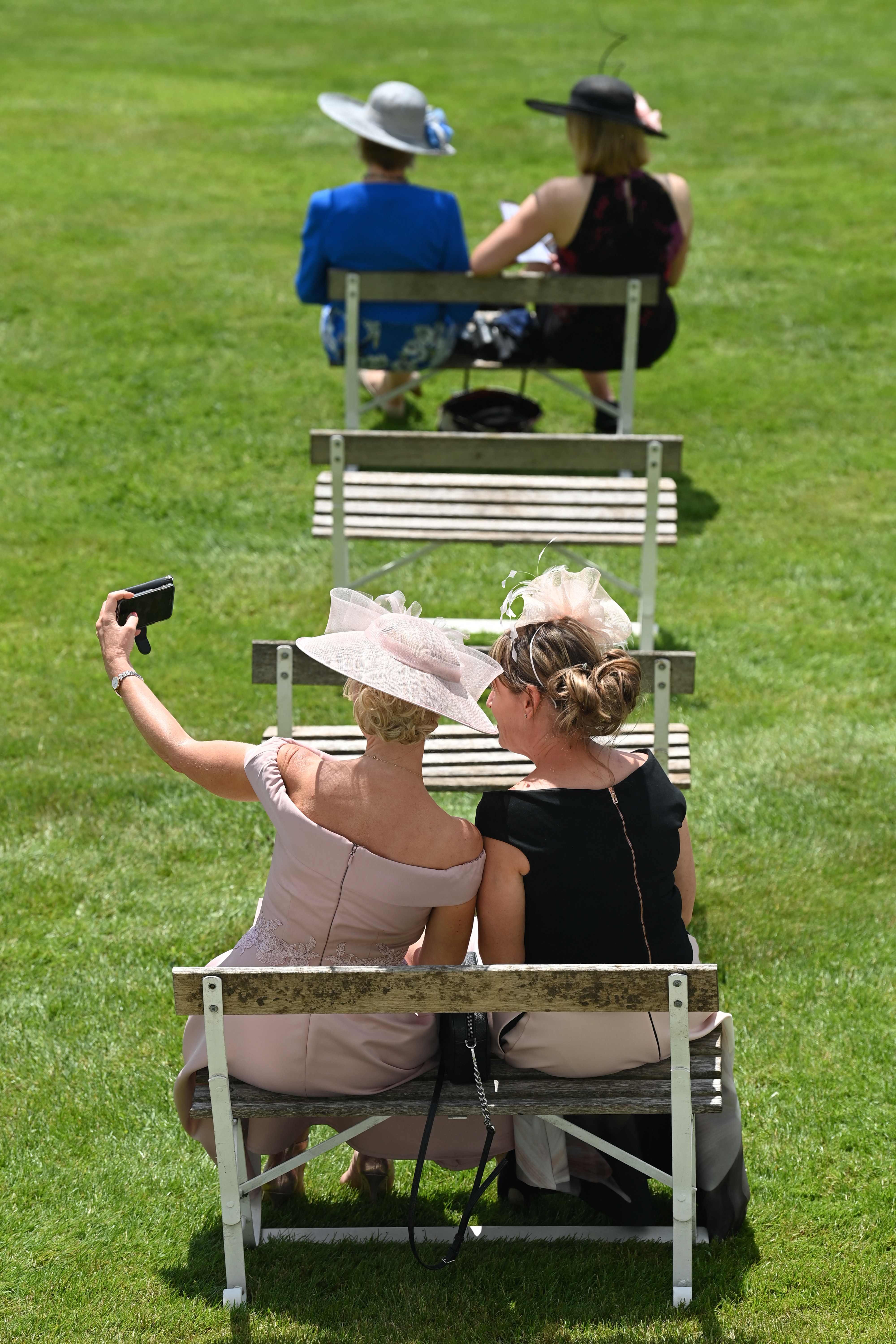 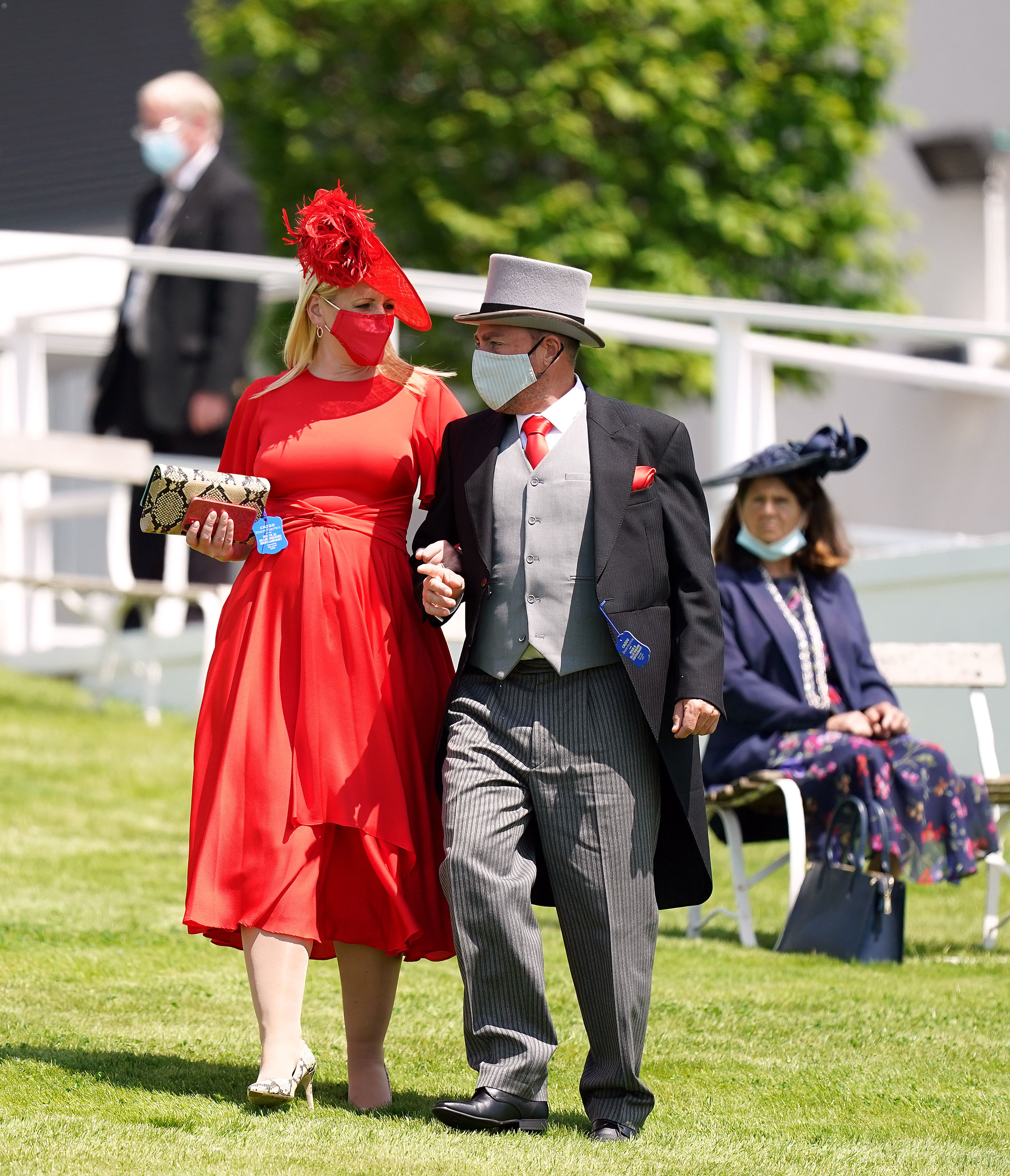 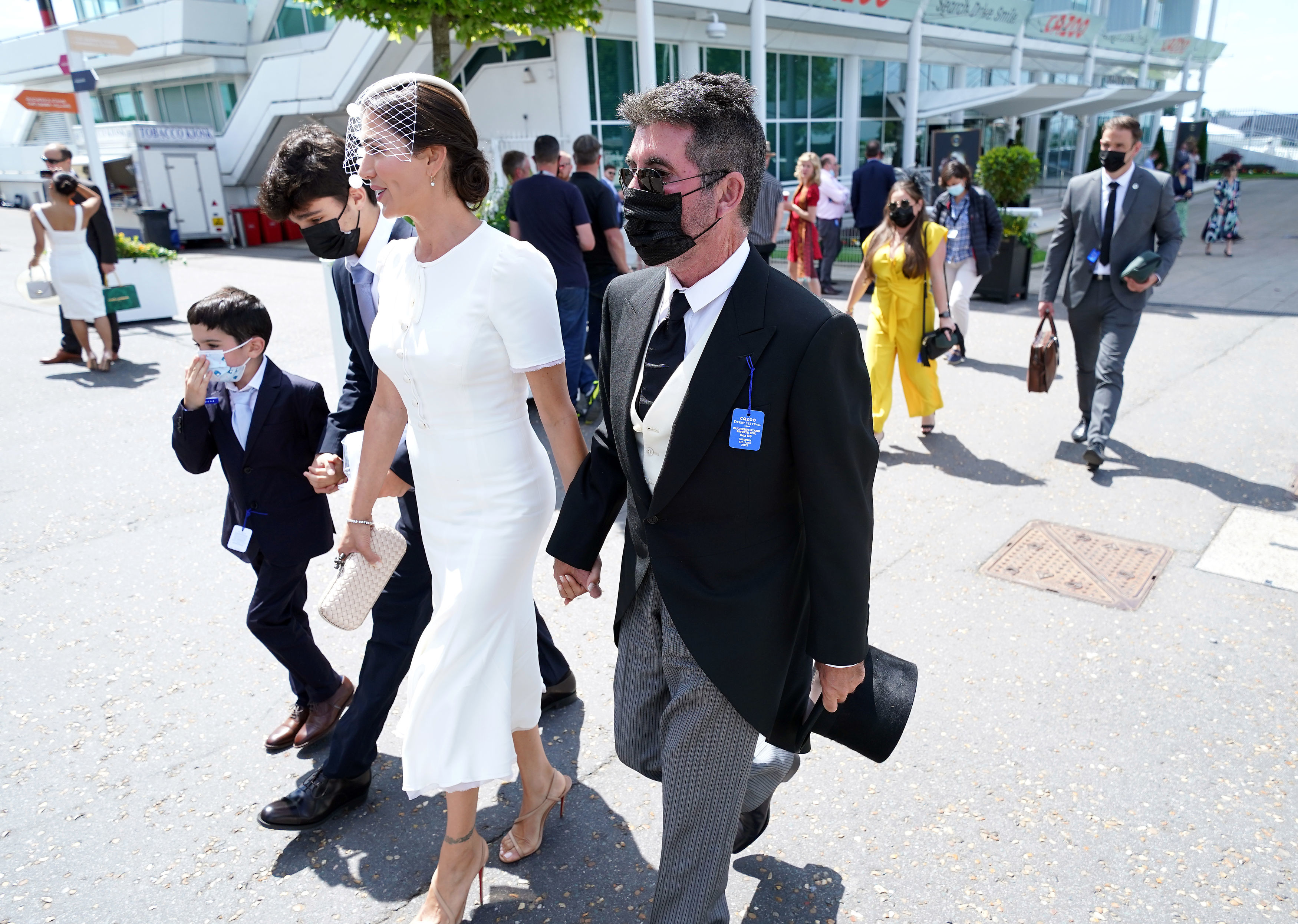 After downpours yesterday on Ladies Day, today's racegoers have dropped in just right with the weather as the sun streams down.

Dozens of women dressed to the nines have been pictured wearing perilously high heels, complementing their bright dresses.

Some have even opted to match their masks to their outfits, with one woman donning a floral face covering to go with her flowery dress.

Others have dusted off some extravagant headwear for the day.

Several oversized and flamboyant fascinators have been snapped perched on the top of many ladies' heads, while some men have popped on a top hat for the day.

X Factor boss Simon Cowell was spotted among crowds arriving at the racecourse with afternoon, with son Eric and girlfriend Lauren Silverman.

Cowell, 61, wore a three-piece suit, featuring a white waistcoat and dark sunglasses, while Silverman looked sensational in a long white dress with a matching lace fascinator. 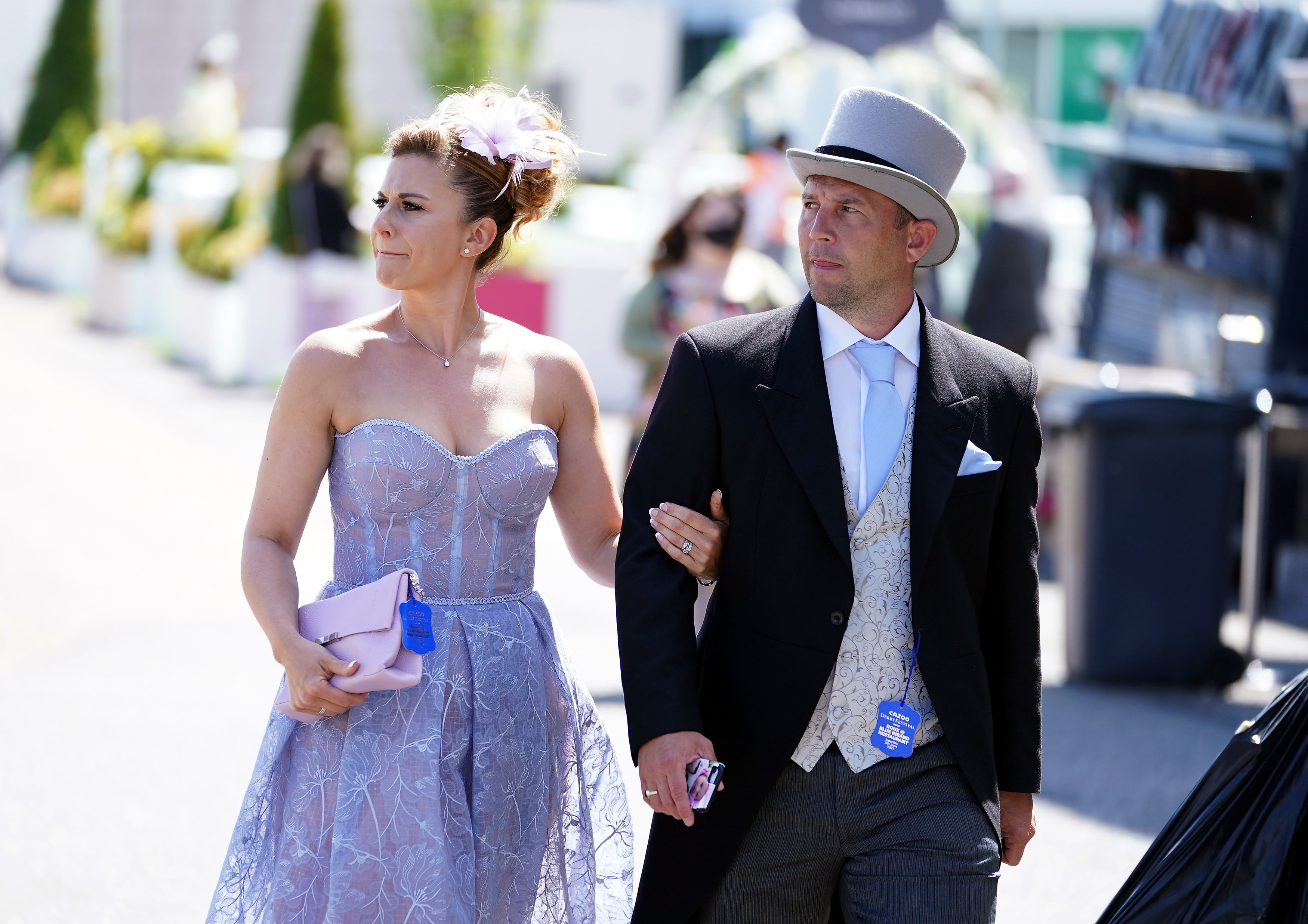 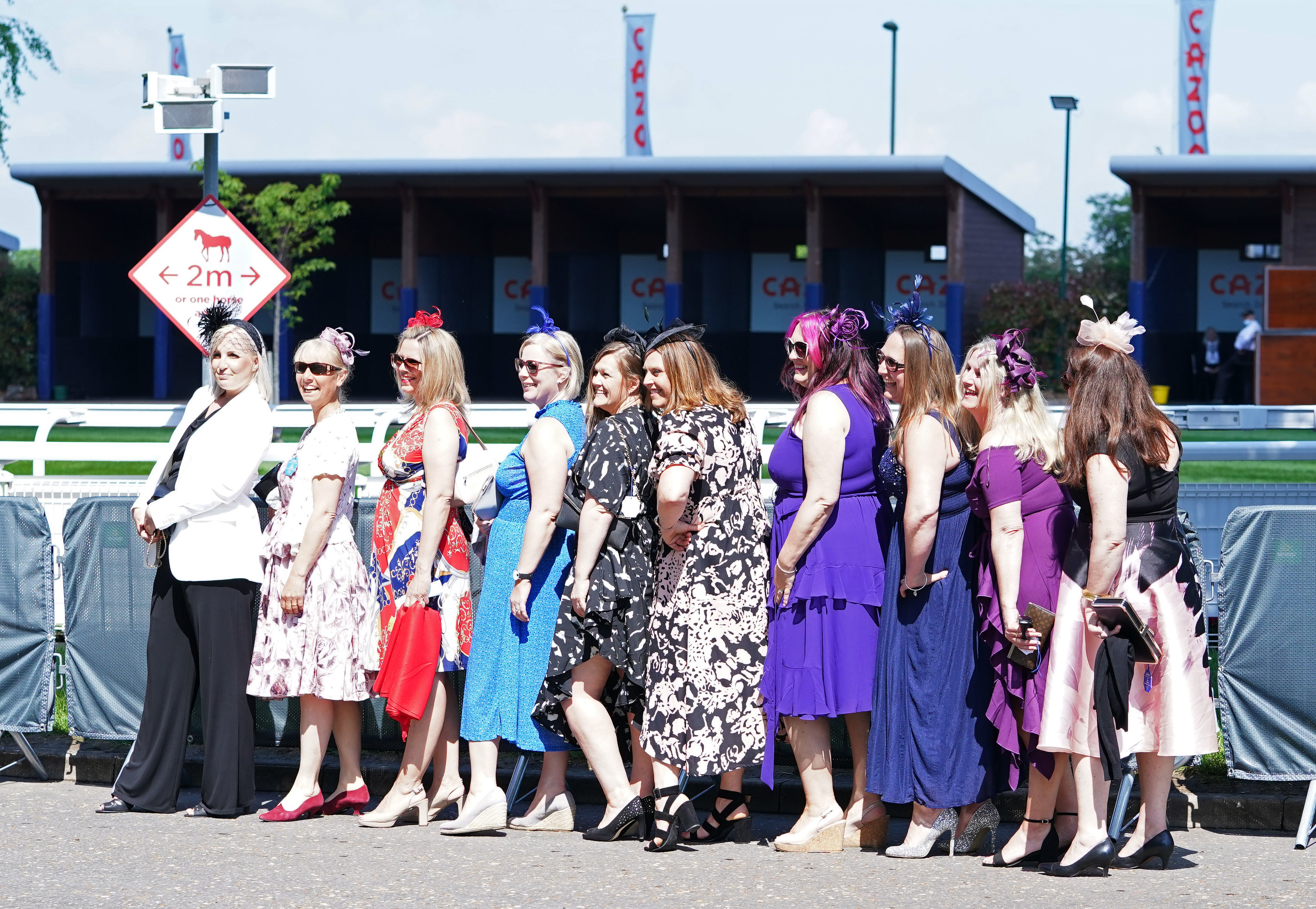 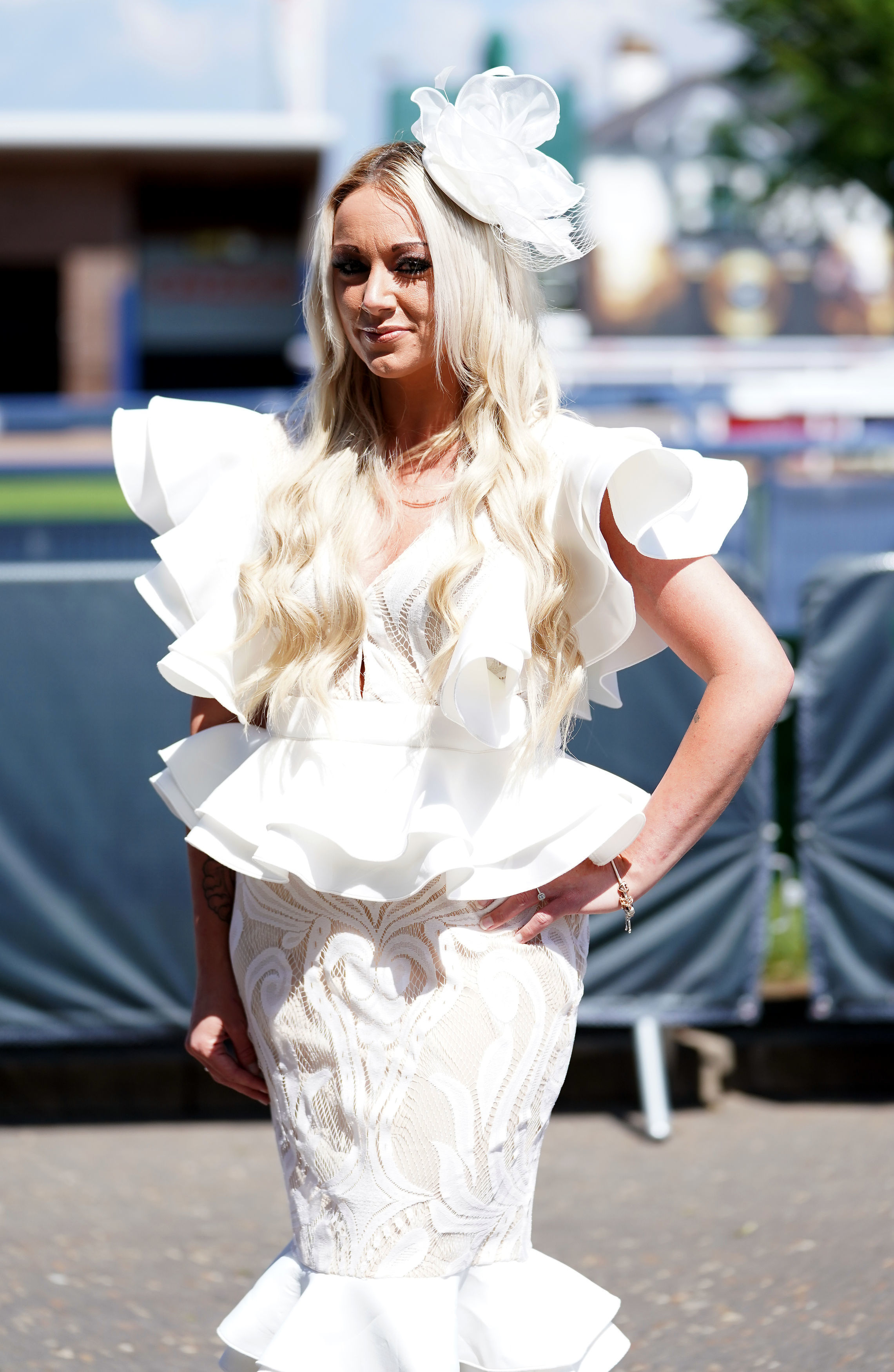 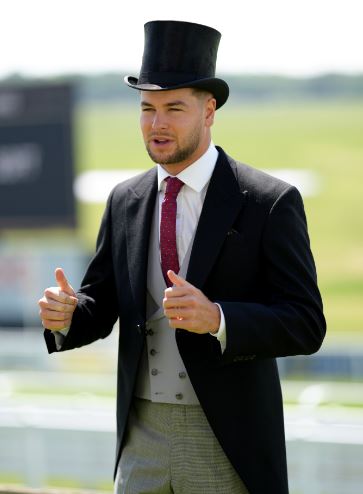 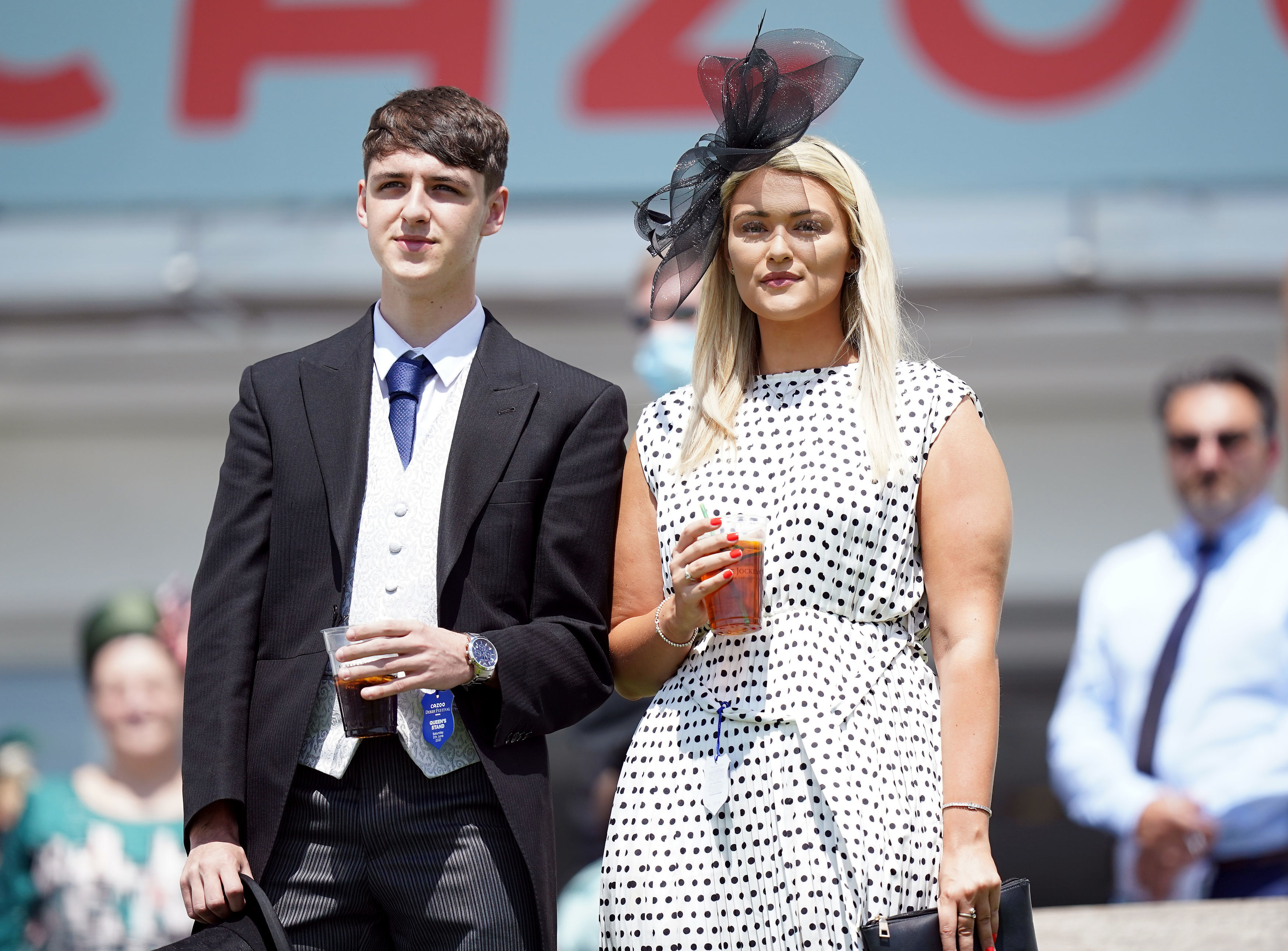 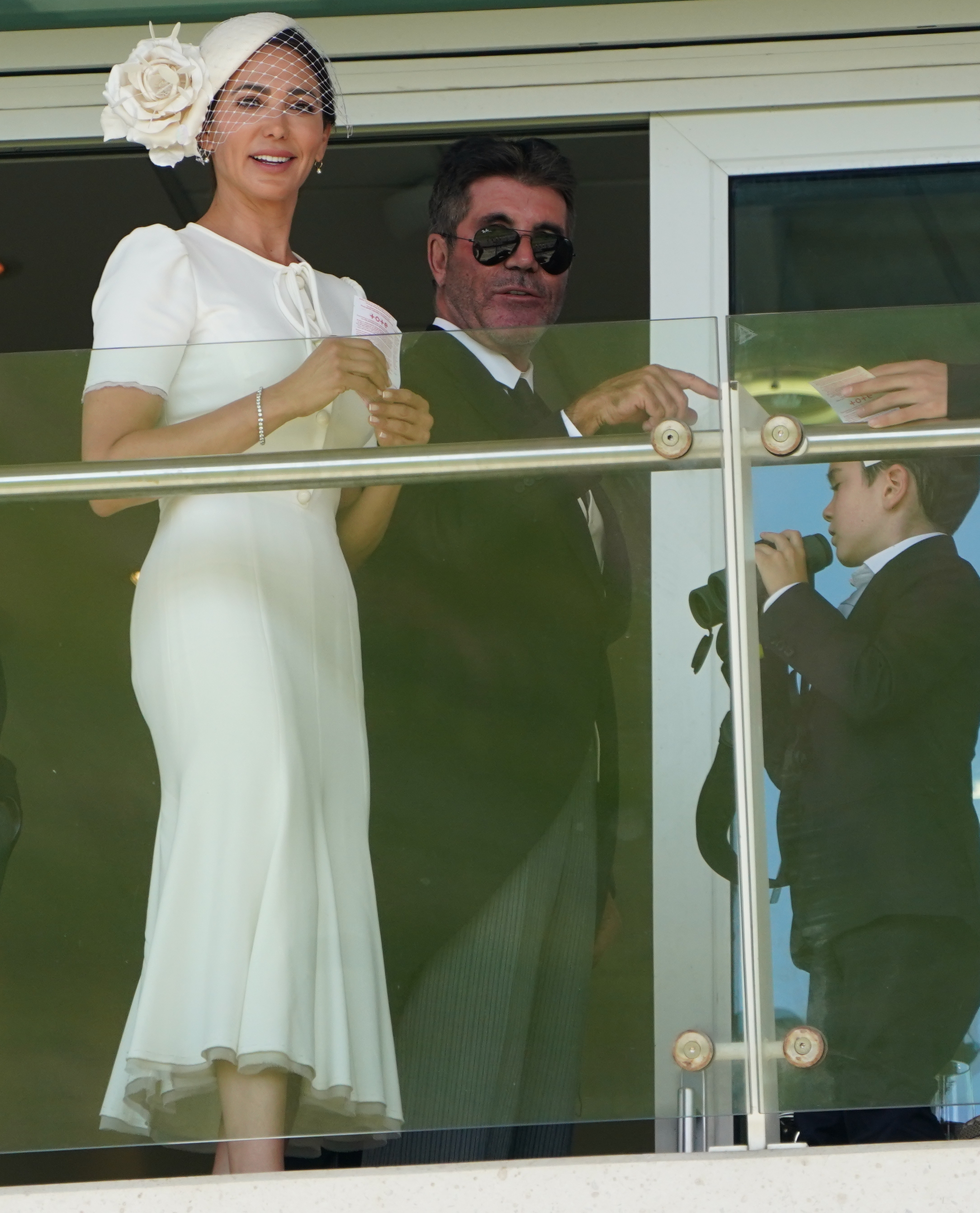 Today is the second day of the festival, with jockeys set to line up for the main race – the Cazoo Derby – at 4.30pm.

It will be flanked by a number of other races – including the Cazoo Diamond Stakes at 3.10pm and the Cazoo Handicap at 5.50pm.

Bolshoi Ballet is touted to be a potential winner of the Derby, with the three-year-old tipped to dance to victory as he is a "cut above his rivals" according to tipster Templegate.

Our man Templegate has all the best tips for this afternoon's runners.

Despite fewer attendees allowed in through the gates and a number of Covid safety measure in place, the Queen has decided not to attend today's meeting.

The monarch, 95, will instead watch races unfold and cheer on her picks from Windsor Castle, the Telegraph reports. 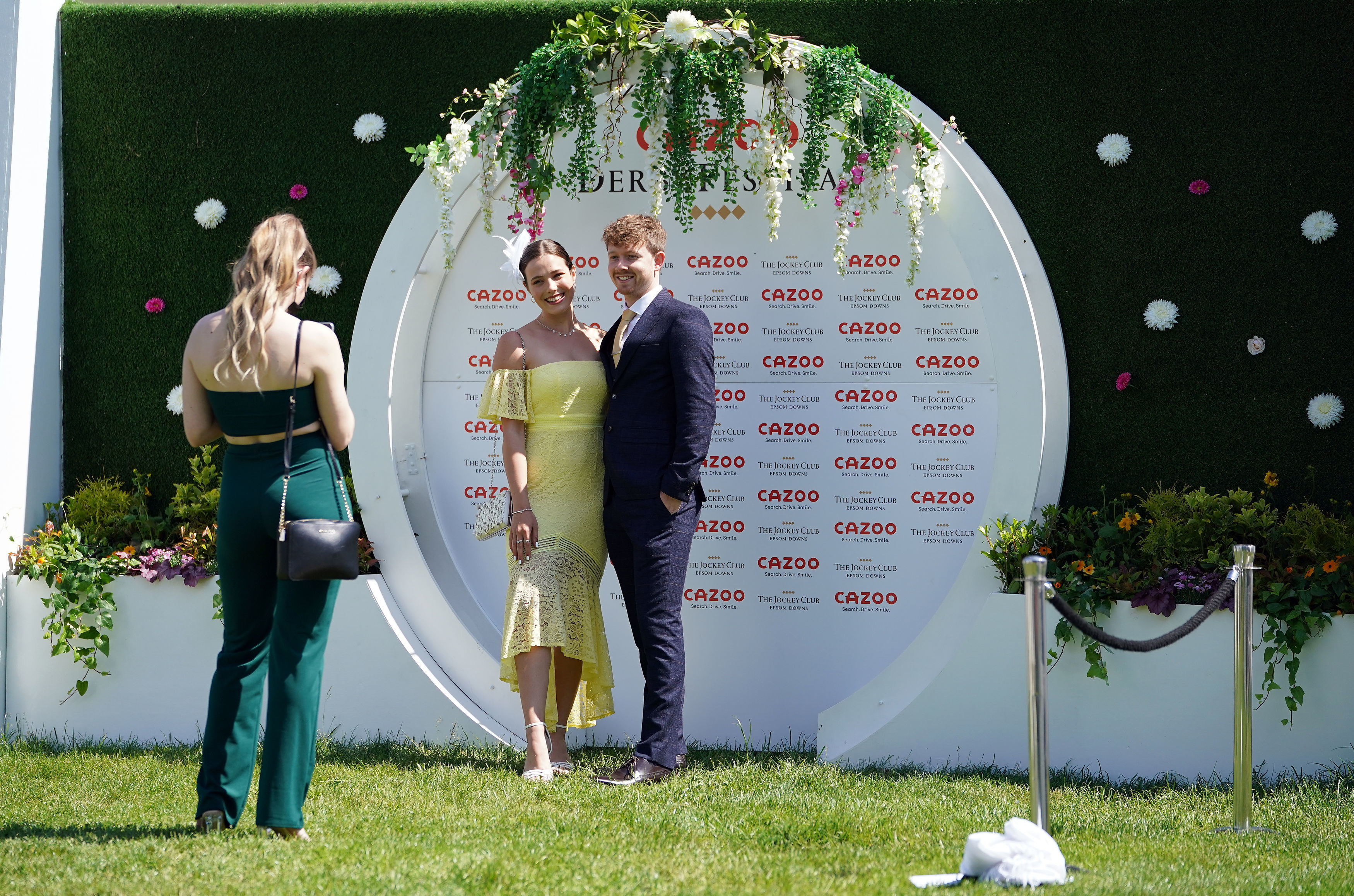 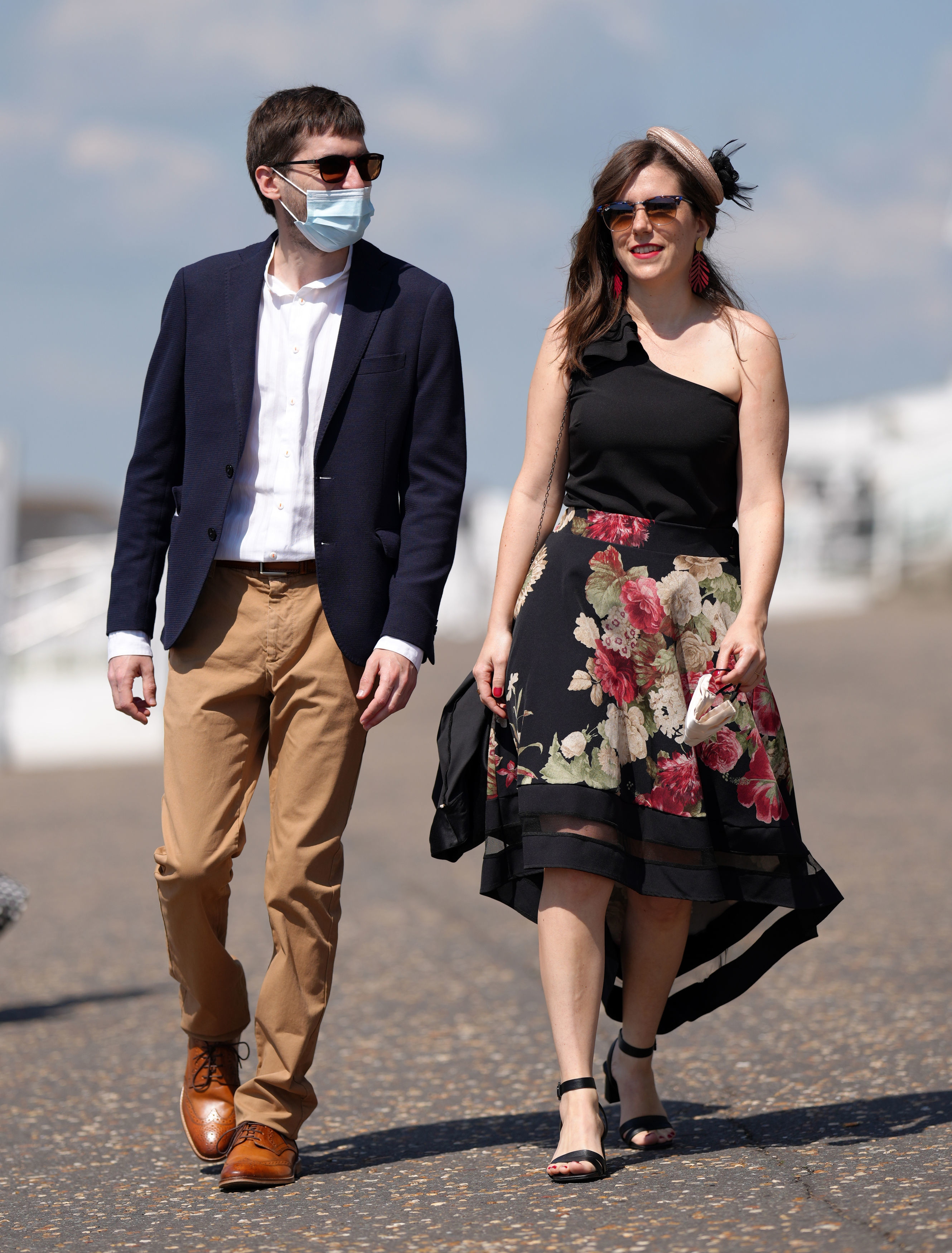 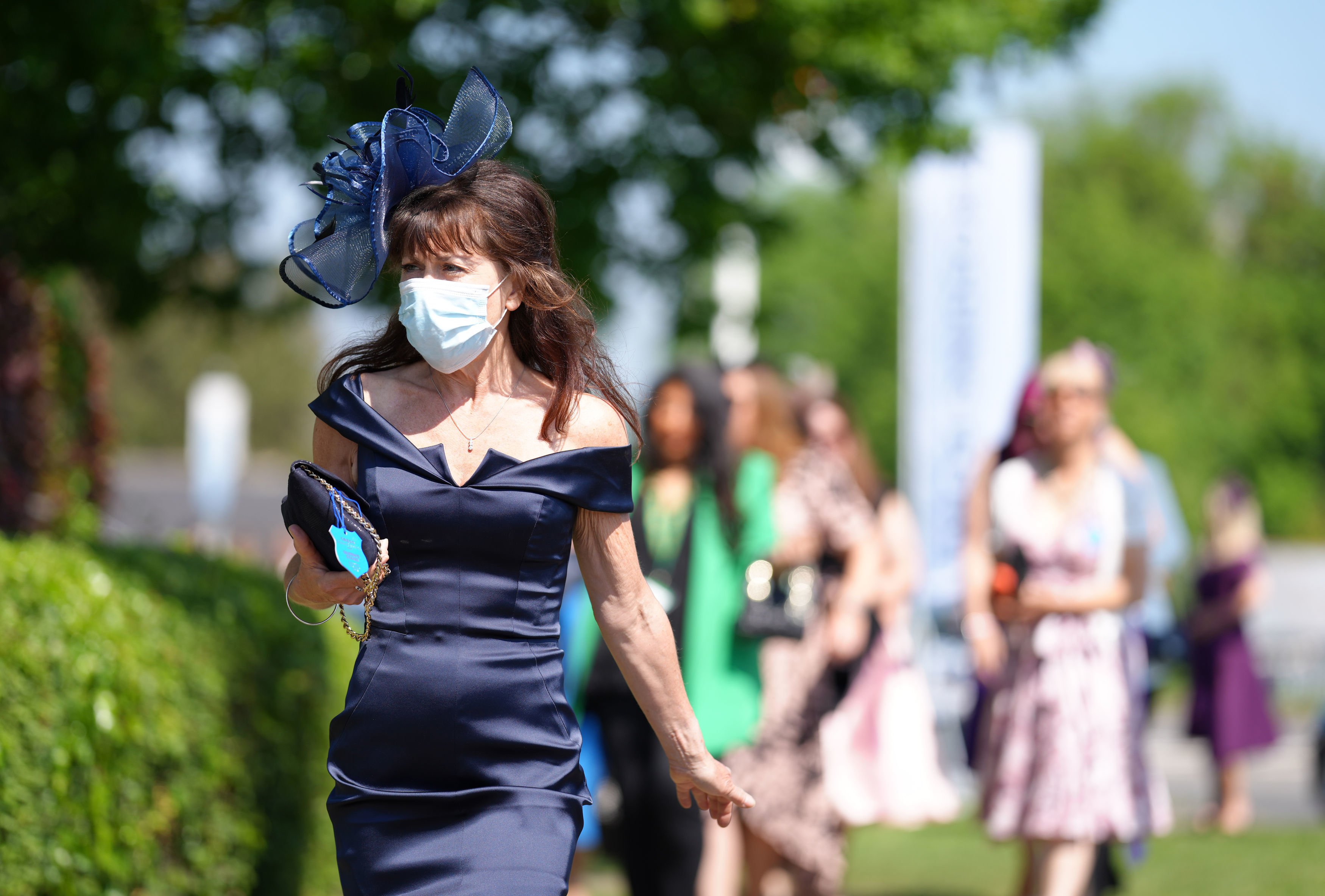 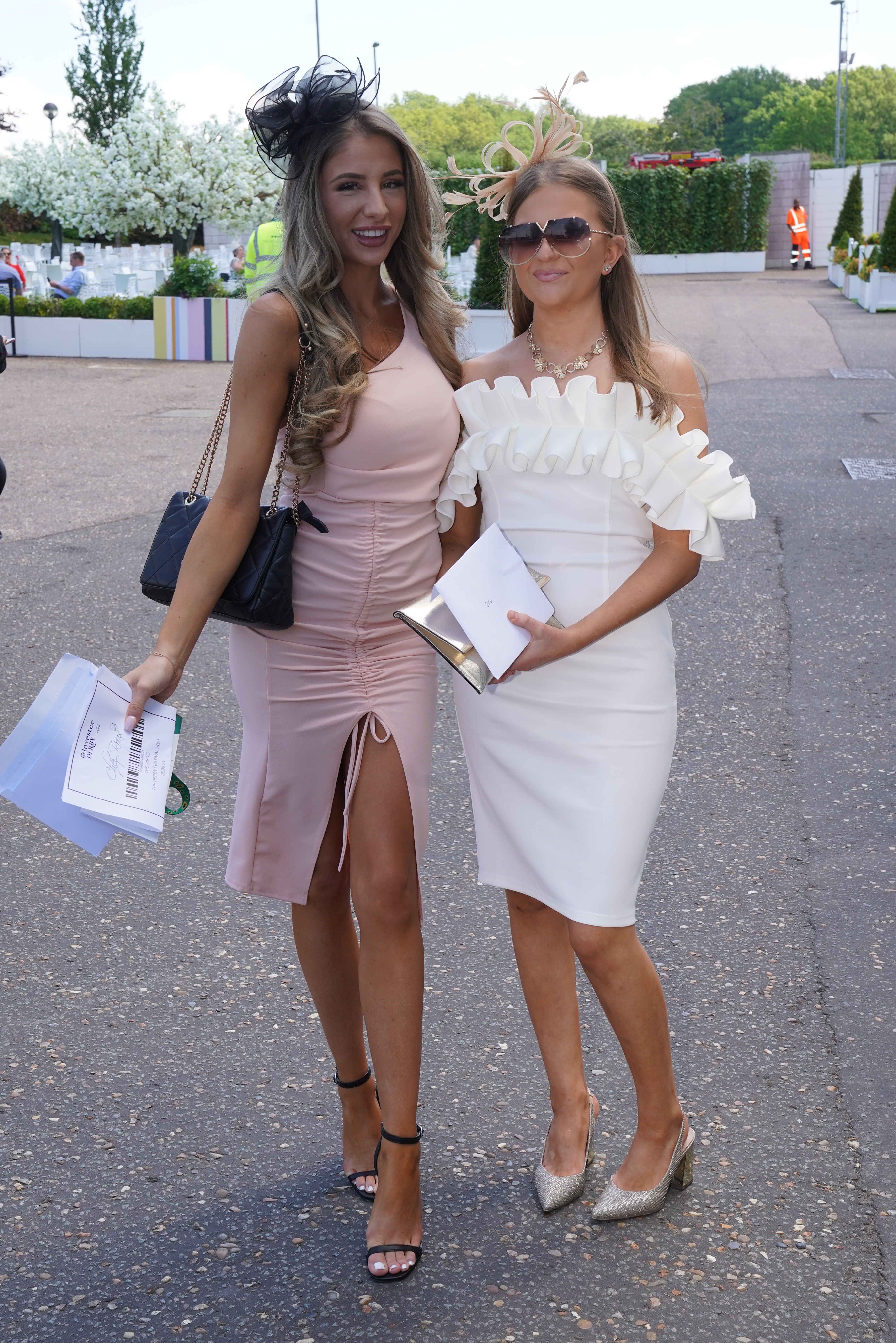 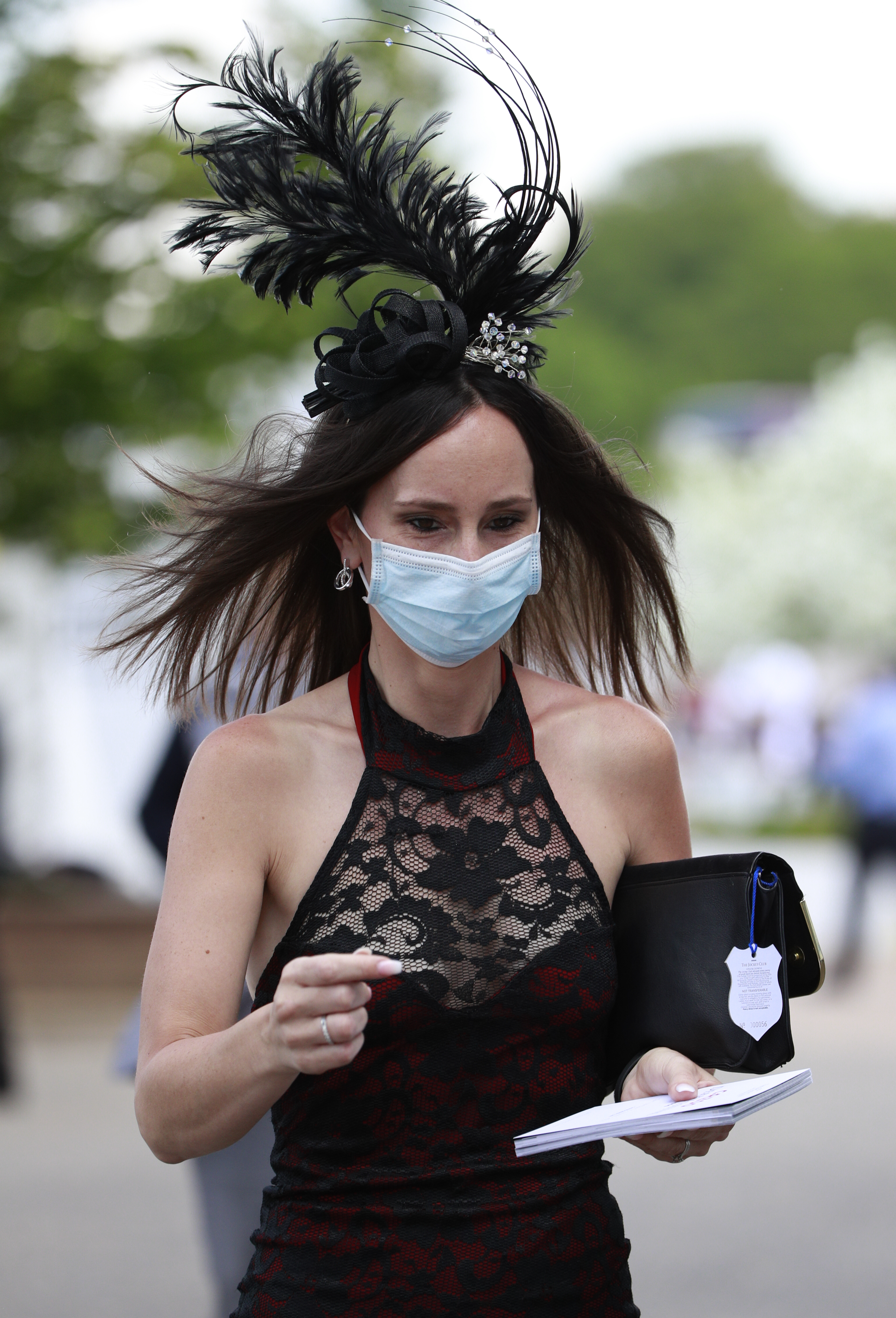 It is only the fourth time in 75 years the Queen – who known to be an avid horse racing fan – will have missed the Epsom Derby.

According to a royal source, Her Majesty believes it will not be a "traditional Derby day" this year due to Covid restrictions.

An insider told the paper: "It's a Derby, but it's not a traditional Derby day.

"It's not going to be what it normally is so the Queen has decided she would rather watch it at home."

It comes after punters all dressed up for Ladies Day yesterday were been forced to duck for cover as rain poured down.

Attendees were greeted by a miserable grey sky and persistent drizzle as they arrived at the famous racecourse.

Some dolled-up ticket holders had to run for cover, while others opened up their umbrellas in attemp to shield themselves from the rain.

Members of staff on the other hand, went for the less glamorous option of donning their trusty ponchos.

Aidan O'Brien won the Oaks for the ninth time with Snowfall.