The 19-year-old Canadian appeared to roll his ankle when running without the ball and was helped off the field in tears. 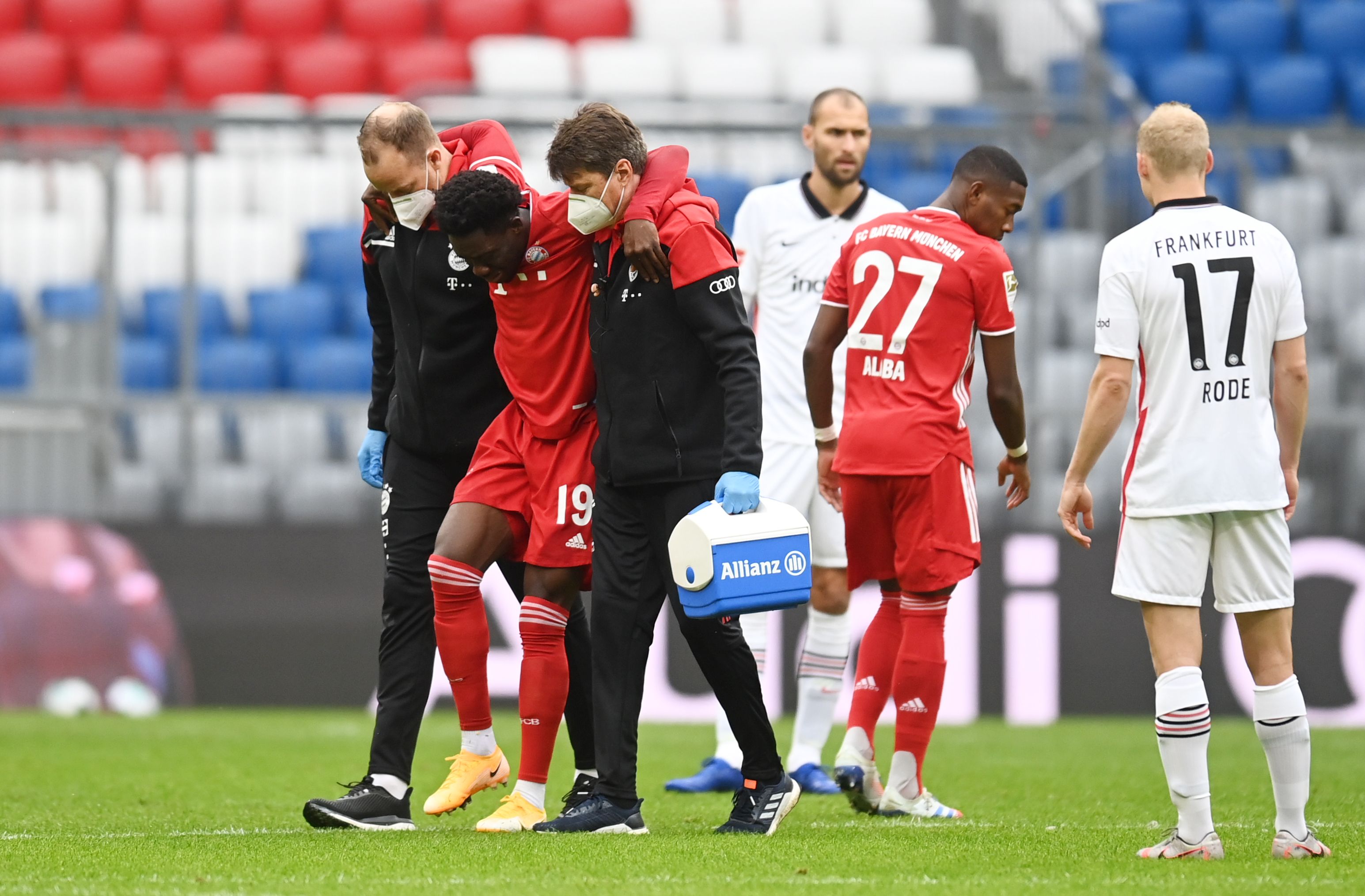 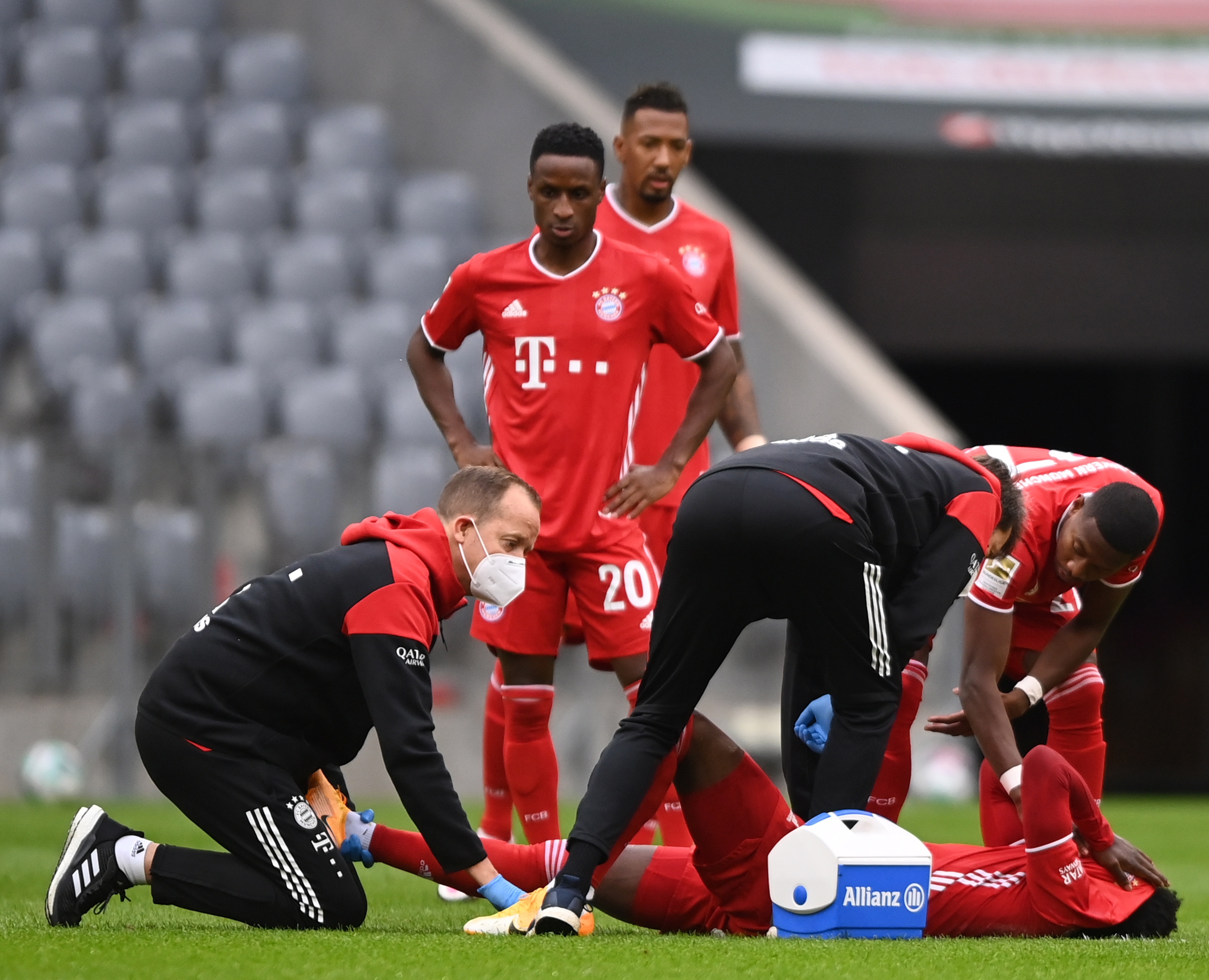 The painful blow to his right ankle ended Davies' game soon after kick-off as he was replaced by Lucas Hernandez.

Bayern now must wait to discover the extent of the damage amid fears of a ligament injury that could potentially sideline the speedster for months.

He was helped off the field by some of the Bavarian club's medical team and was clearly distressed after suffering the injury.

Davies has played in all Bayern's games so far this season, bar the Bundesliga opener against Schalke, and will be a major loss for the European champions.

He became a household name last season as his stunning form helped fire Hansi Flick's side to the treble.

Fans were quick to wish the youngster well online.

One supporter tweeted: "That looks bad… hopefully he comes back quickly."

Another added: "Jesus that looks painful hope it's nothing too serious."

Bayern didn't show it if they were affected by the early shock loss of Davies, as a Robert Lewandowski hat-trick helped fire them past Frankfurt.

The Polish striker, 32, has now scored an incredible TEN goals in the first five league games.

Former Chelsea wonderkid Jamal Musiala, 17, added some gloss to the scoreline with Bayern's fifth in the 90th minute after ex-Manchester City winger Leroy Sane had scored the fourth. 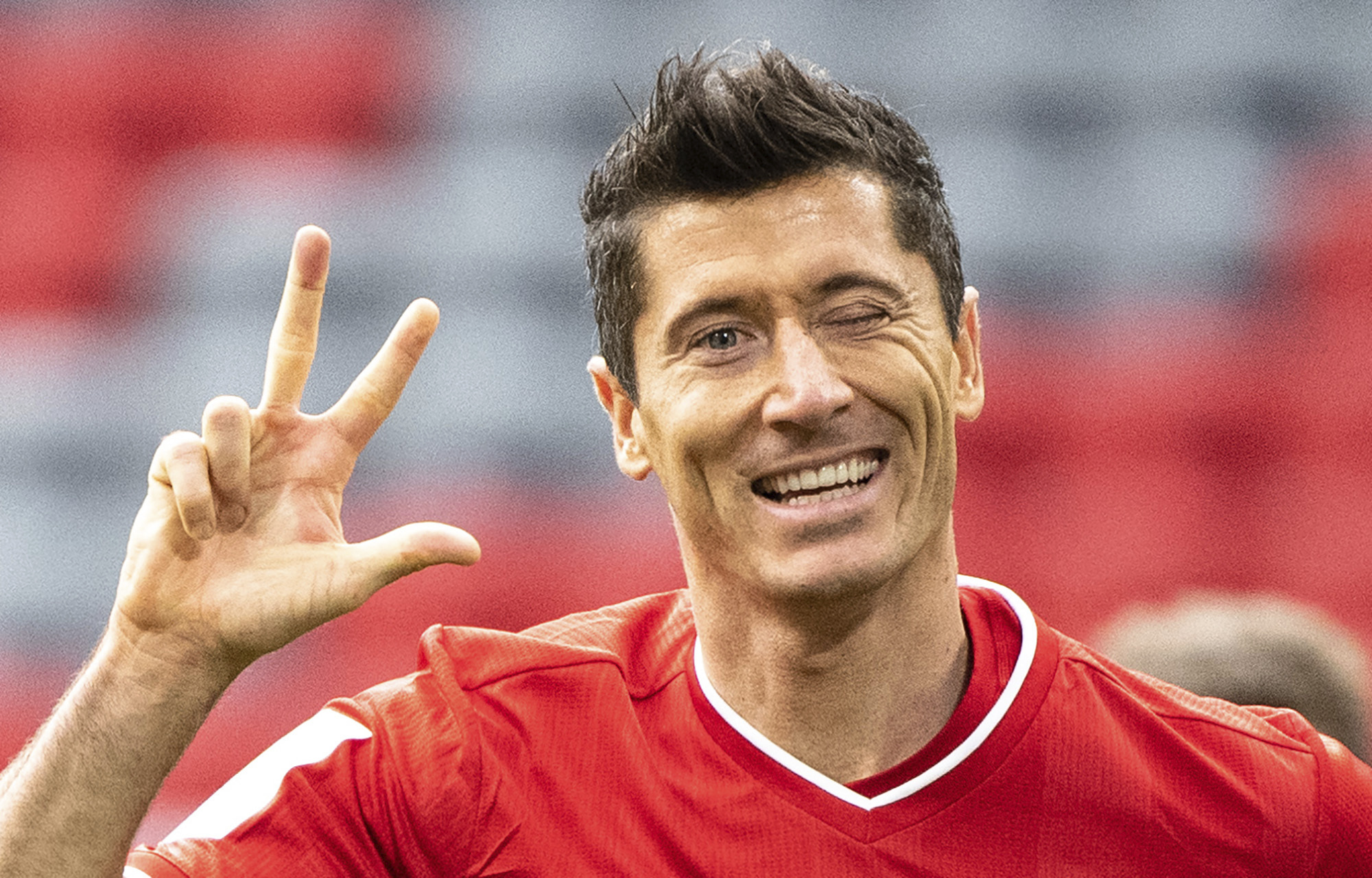 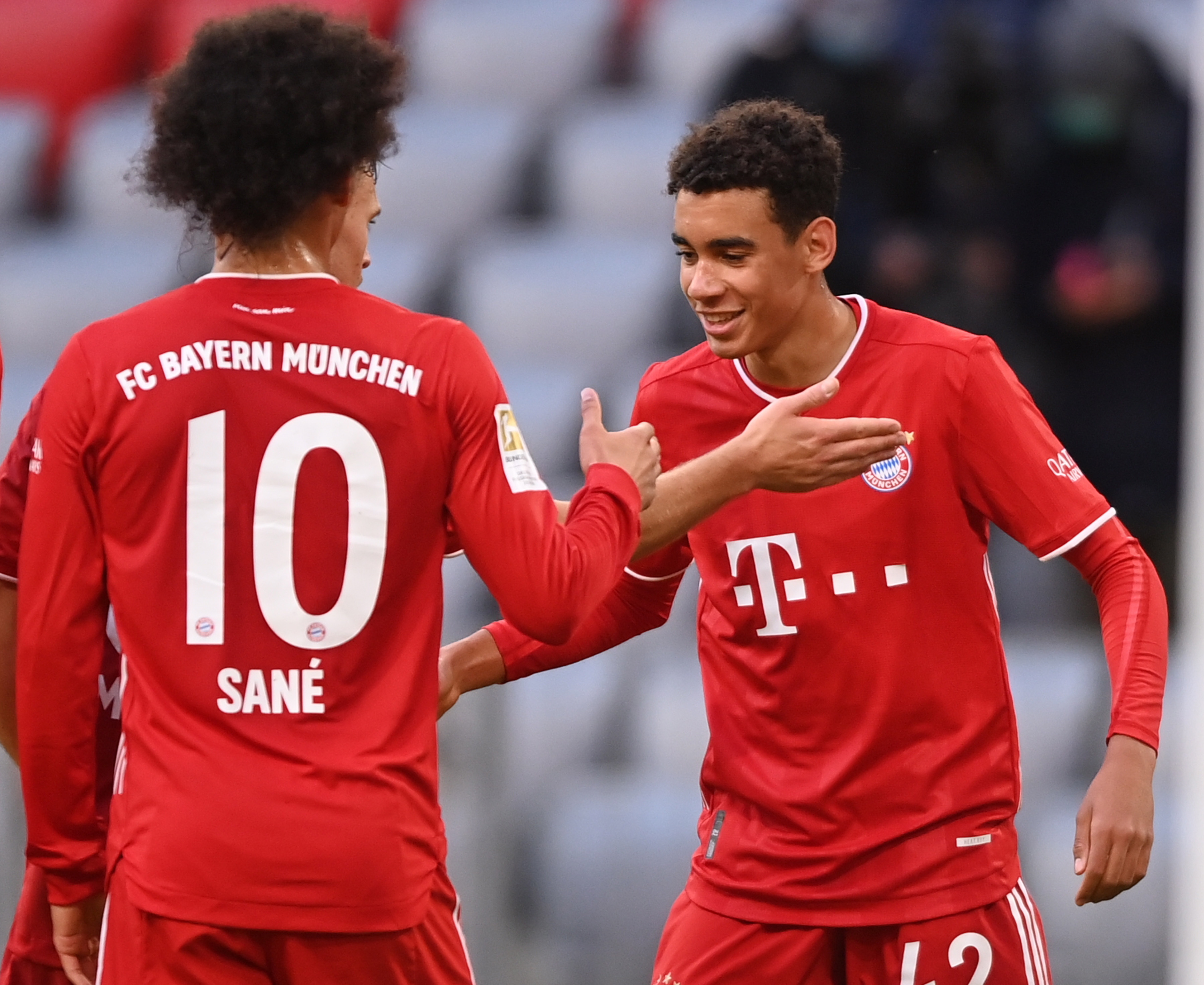 Musiala became Bayern's youngest-ever goalscorer in the Bundesliga last month after netting in the 8-0 rout over Schalke.

The promising attacking midfielder was poached from the Blues in 2019 and signed a five-year deal.

The England youth international was born in Stuttgart before moving to Southampton aged seven when his mother went to study abroad.

He studied at Whitgift in Croydon – where Blues stars Callum Hudson-Odoi and Victor Moses were also enrolled.