BARCELONA face competition from a host of Italian giants if they are to land Memphis Depay in January, according to reports.

Juventus, Inter and AC Milan are all named as tracking the Lyon star, whose contract expires in June. 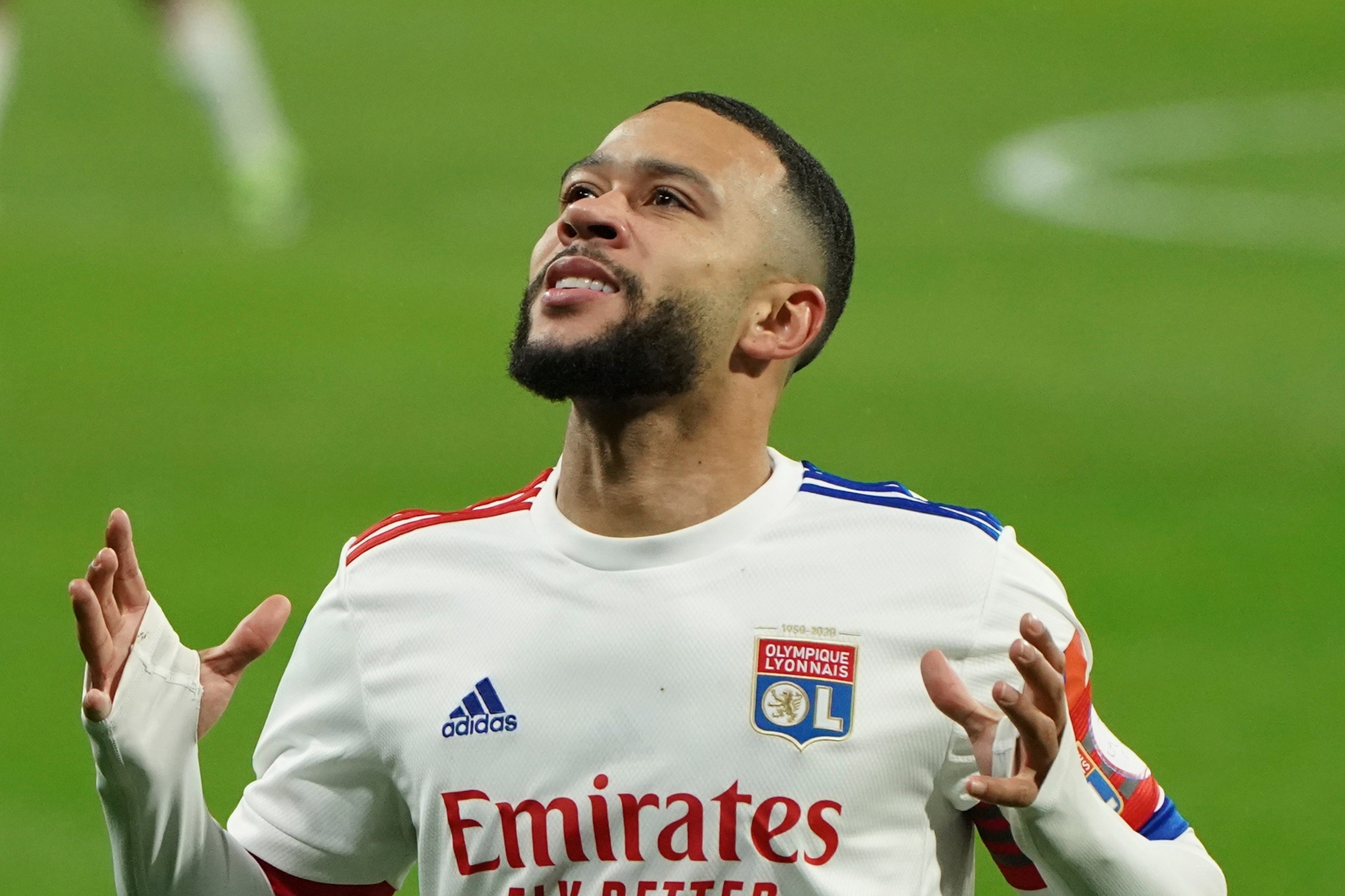 The Dutchman's summer move to the Nou Camp collapsed amid Barcelona's financial woe.

But Depay's imminent contract expiry could make him more affordable in January.

That has led to interest from the Serie A trio, according to France Football, via Mundo Deportivo.

Inter, who suffered a Scudetto blow on Wednesday by losing at Sampdoria, could seek a replacement for the outgoing Christian Eriksen.

Juve and AC Milan face off tonight with the Old Lady back in seventh and seeking fresh impetus under Andrea Pirlo.

The same cannot be said for Milan and a win at the San Siro would hand them a four-point lead atop Serie A.

Over in LaLiga, Barcelona find themselves off the pace and have Depay and Manchester City defender Eric Garcia on their radar this month.

However, Ronald Koeman will be aware that the club likely needs to shift high-earning reserves before buying.

He said earlier in the week: "Every coach always looks to the month of January and how the squad can be improved, just like I do.

"I have made a list of possible injuries and players that would be interesting to bring in. It depends on the club.

"If it's not possible, I can depend on the players I have already."

Lyon narrowly hold first place in Ligue 1 ahead of Wednesday's clash with Lens and will be more than happy to keep Depay for longer.

Club chief Jean-Michel Aulas recently tweeted his club captain to say: "You feel at home here and you are also an exceptional man who sets an example, shows ambition.

"You can stay as long as you want!"

What will happen in the future, we will see… I am here now, lots of clubs could be interested.

The forward, 26, has eight goals and four assists in 2020-21 and insisted last month that he is focused on Lyon.

Depay stated: "To be honest, we have a great team here and I am focused here because I do not know what will happen next year.

"All that I know, is that I am a Lyon player and captain. I am here to win matches, to be important for the team.

"I do not have in my head what my future will be. I am 100 per cent focused here.

"What will happen in the future, we will see… I don’t have anything to say on that. I am here now, lots of clubs could be interested."