The result overshadowed Ansu Fati's afternoon who became the youngest Clasico scorer in the 21st century with his equaliser on eight minutes. 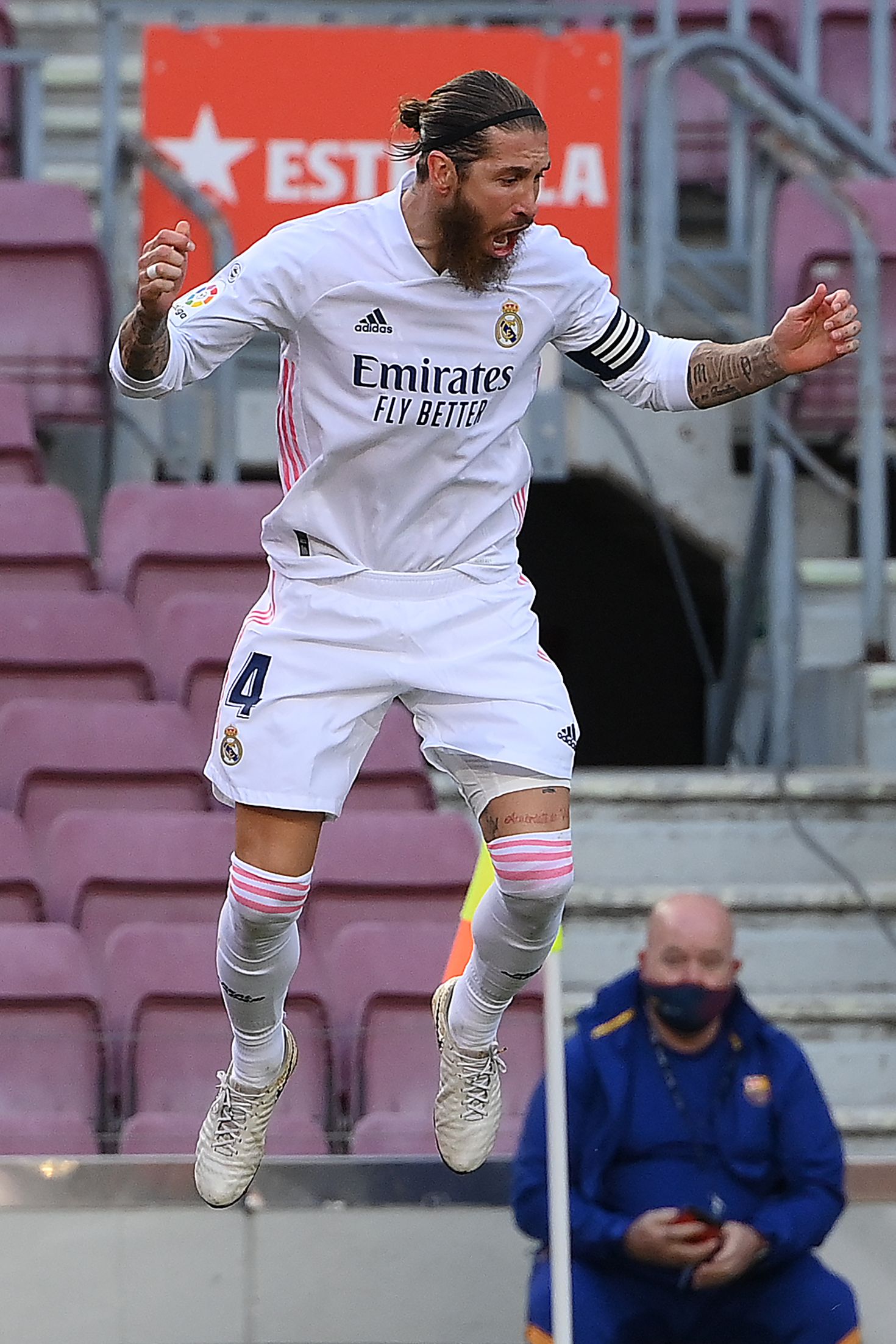 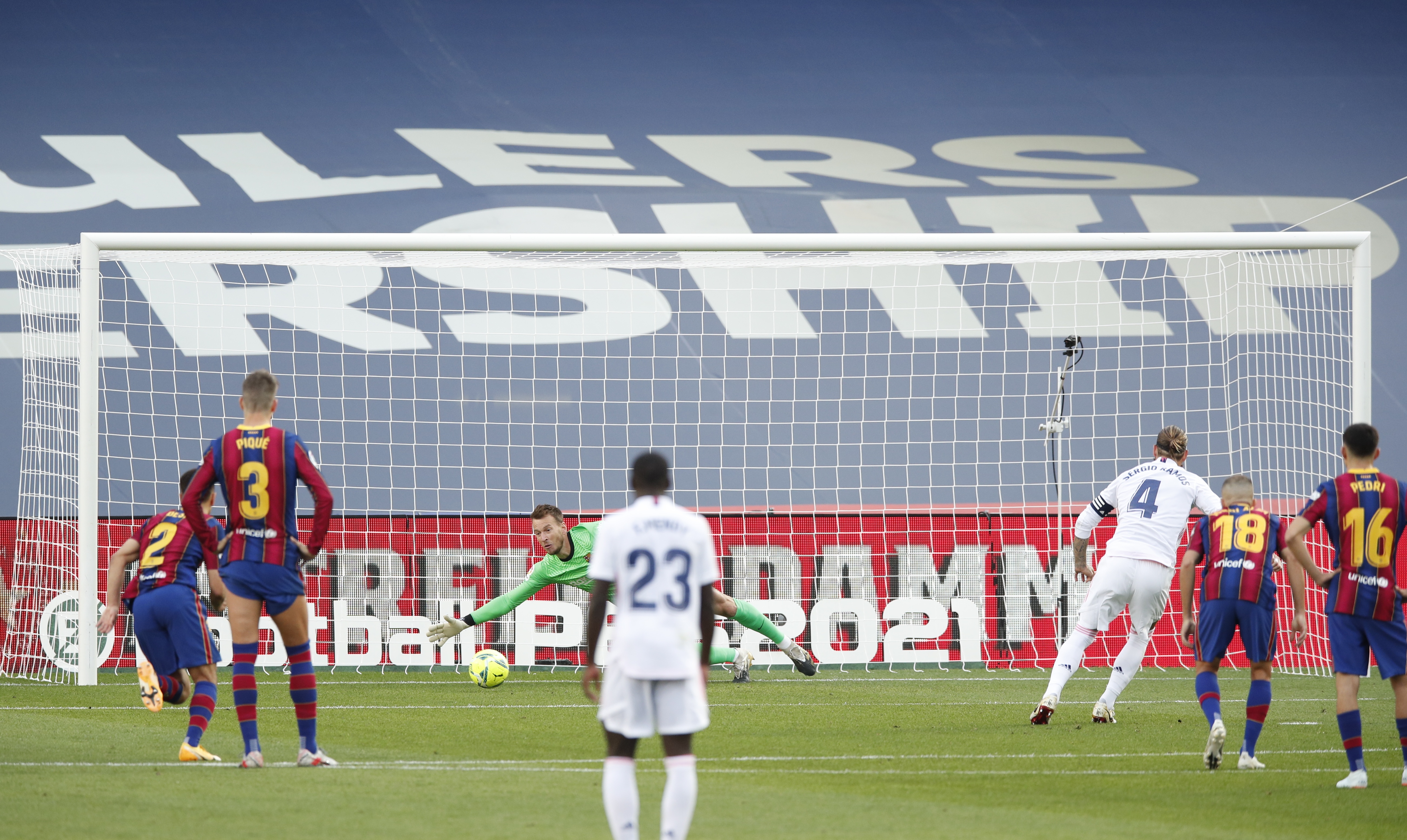 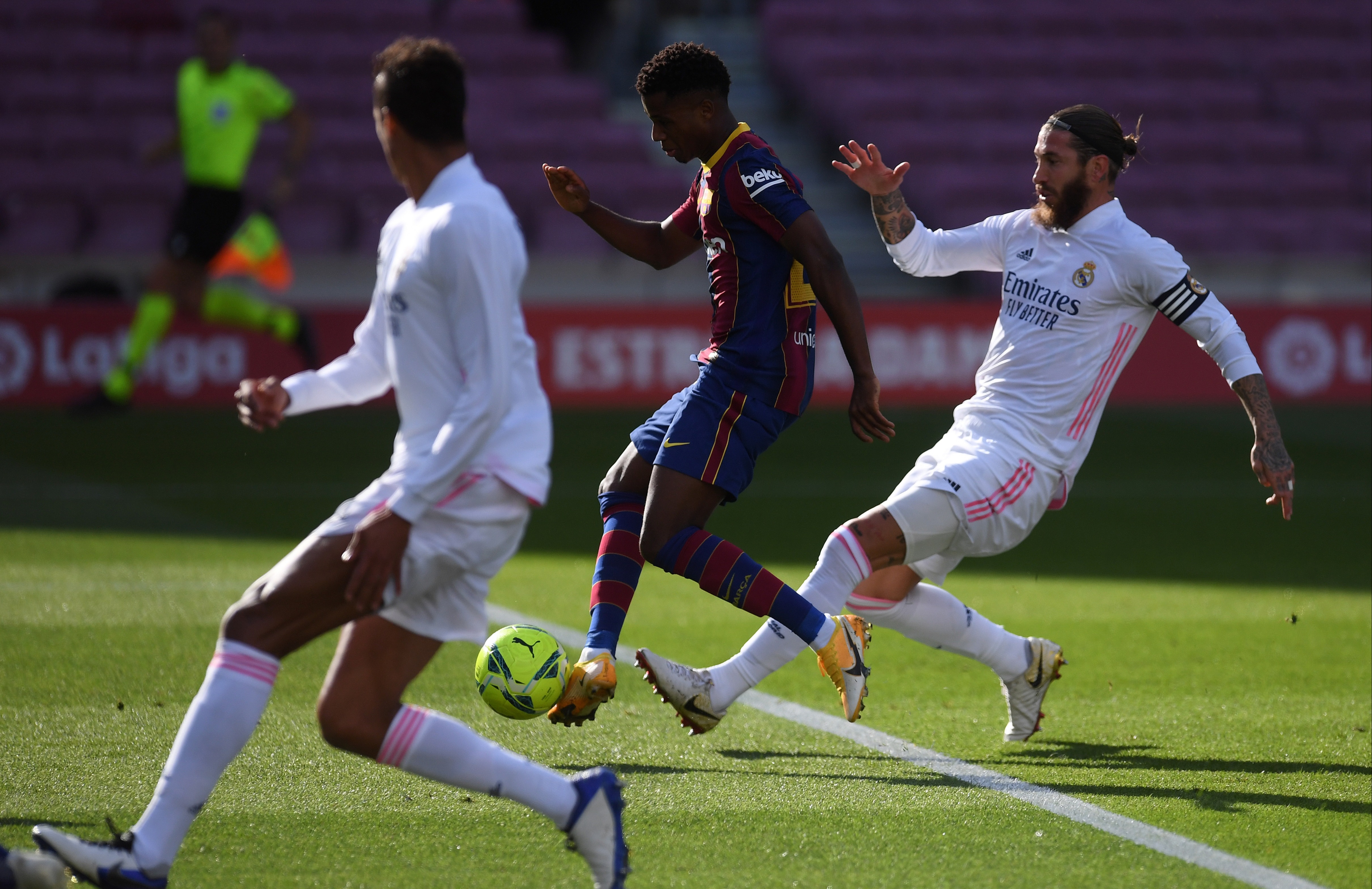 Luka Modric's late strike wrapped up the points for Los Blancos as Barca chased the game but Ramos' pen came at just the right time for the visitors.

Ramos fell to the ground and screamed for a penalty as a free-kick was looped in on the hour mark.

And after checking the pitch-side monitor, the ref noticed the clear shirt pull by Clement Lenglet and pointed to the spot.

Although it was nowhere near enough to send him tumbling, the Los Blancos legend did well to make the most of it.

And Real's captain wasted no time in getting up and calmly slotting the resulting penalty home himself.

At 17 years and 359 days old, Fati broke Vinicius Jr's record when he levelled the scores after Federico Valverde put Real ahead on five minutes.

And Messi – who was booked late on – had a quiet afternoon as he continued his 902 day El Clasico goal drought.

Real move top of LaLiga with the win while Barcelona stay tenth. 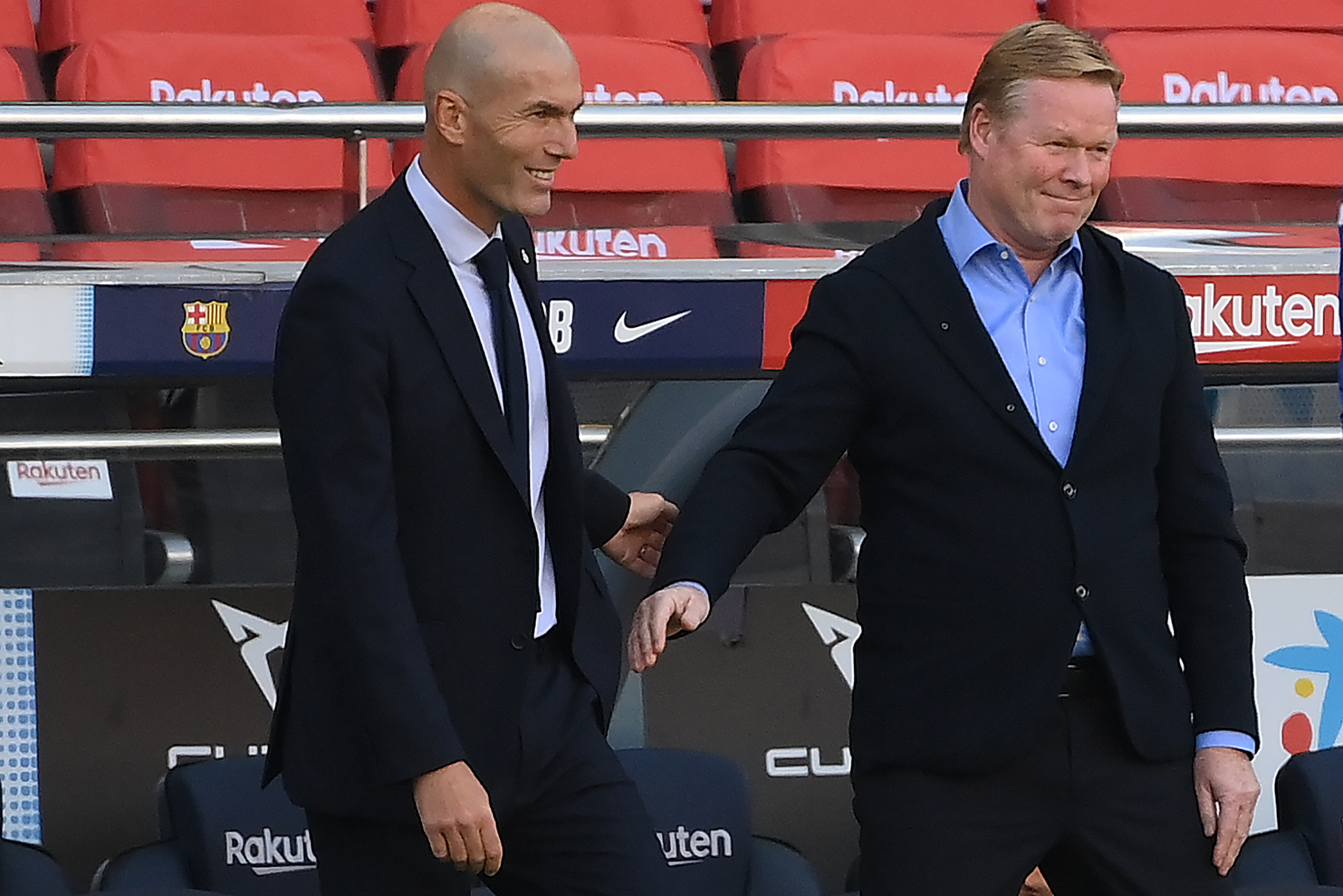 Karim Benzema charged through the Barca midfield unchallenged, slid a perfectly weighted through ball behind Gerard Pique and Valverde took it in his stride before lashing it past Neto into the top left corner.

But within a blink of an eye, Barca were level.

Messi dinked an exquisite ball to Jordi Alba along the left touchline, he raced down the channel and fizzed the ball across the box for Fati to stab home from barely six yards.

The game settled down somewhat with Messi getting on the ball in deep positions and trying to make things happen.

And Real midfielder Casemiro was booked after one mazy run having slid in and taken a swipe at the Argentine.

The referee decided to ignore the fact he didn't actually touch the superstar and brandished the yellow anyway.

Messi had a shout for a penalty just before the half hour mark after another risky slide challenge from Casemiro but the Brazilian just got a toe to the ball and it was waved away as Messi crashed to the ground. Again. 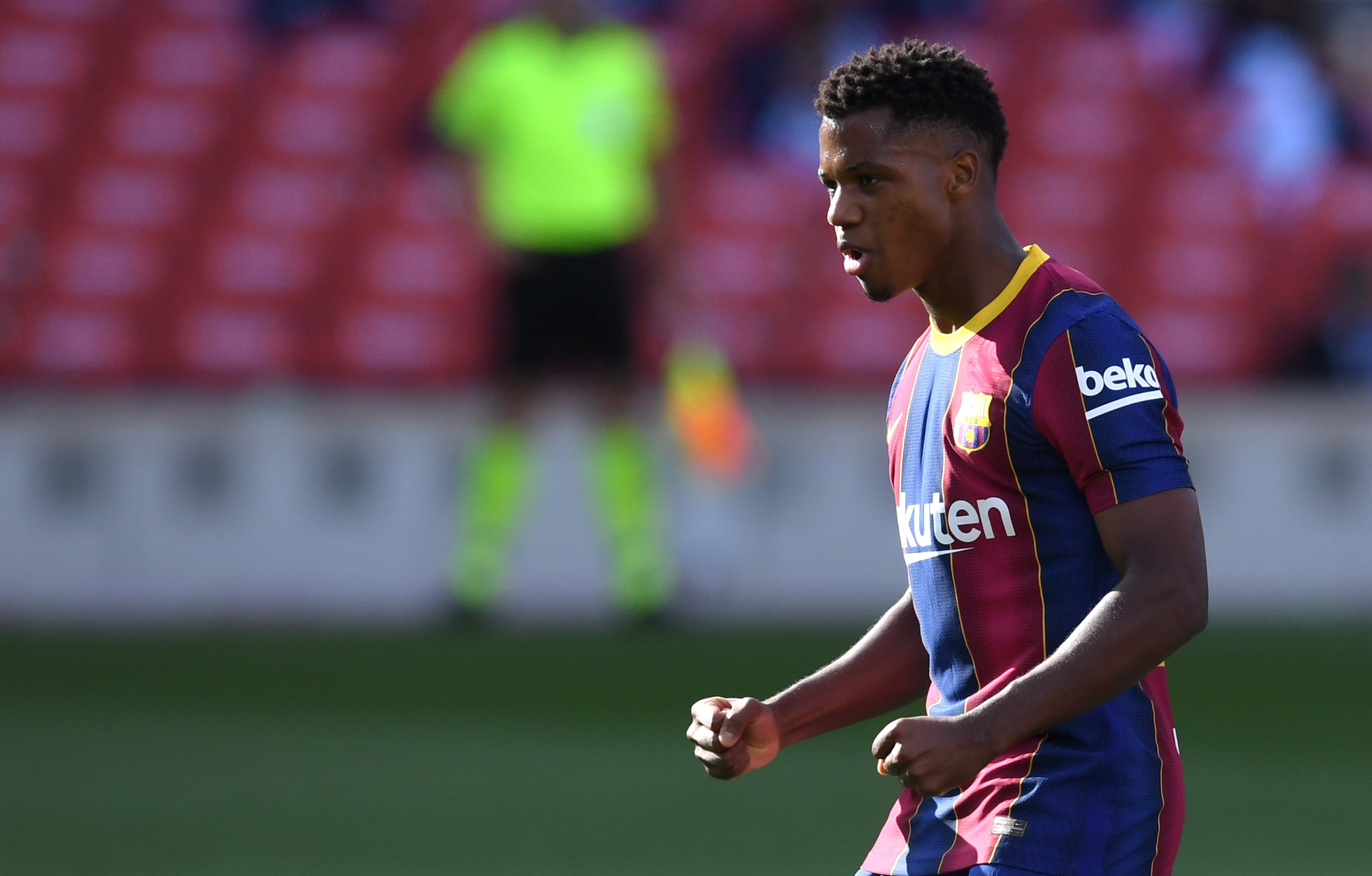 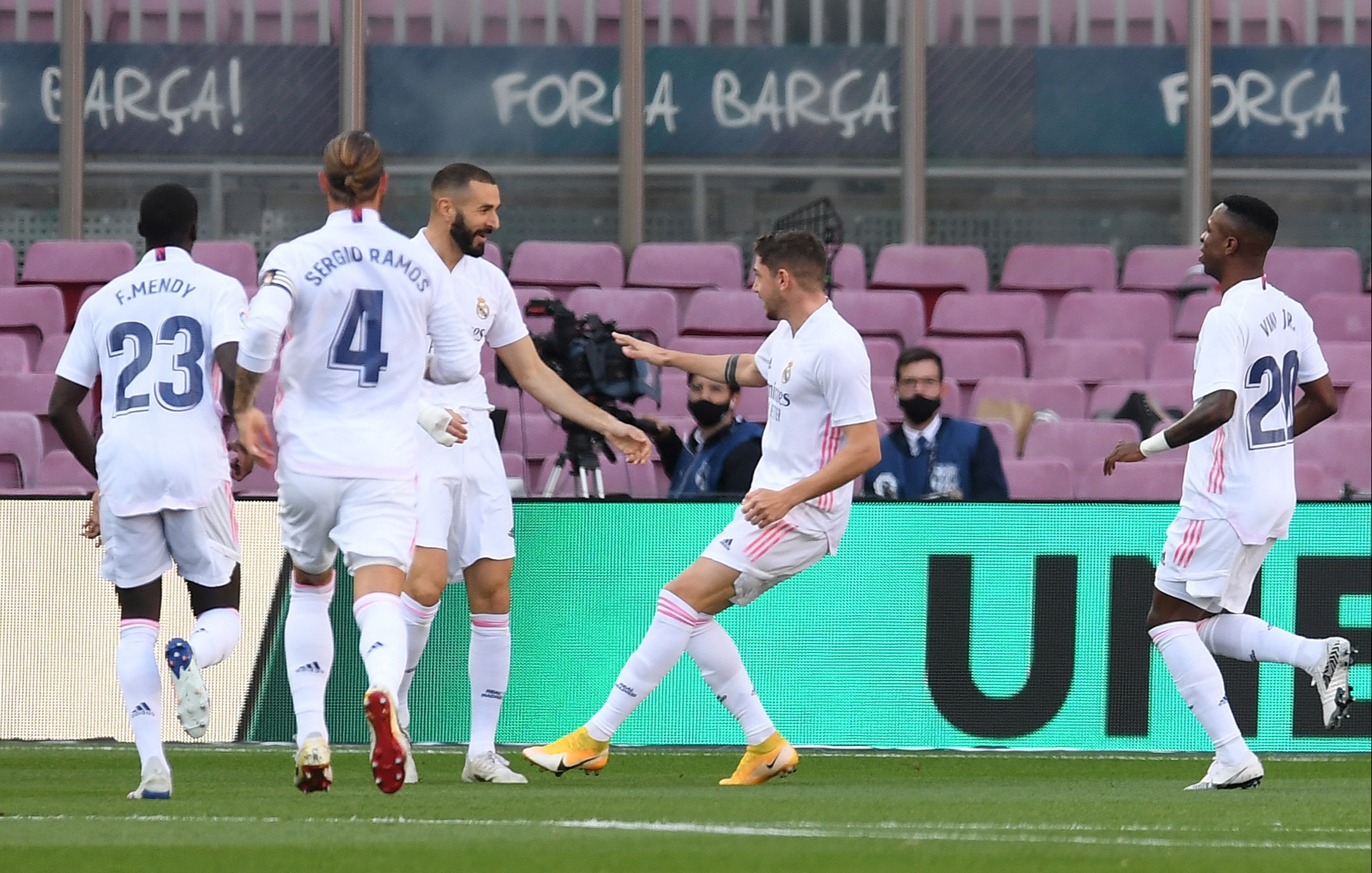 Lenglet was shown yellow for a full-blooded challenge on Valverde soon after.

And Real had the upper hand for the remainder of the first-half with Marco Asensio involved in some particularly skillful passages of play.

Nacho was booked for a challenge on Philippe Coutinho as the ex-Liverpool man cut in from the flank with just eight minutes of the first 45 left.

And unable to shake a knock, he was replaced by Lucas Vazquez just five minutes later.

After the early flurry of activity, both teams defended well and were limited to half chances with neither keeper tested before the break as the teams went in at 1-1.

Compared to previous Clasicos, this was a much tamer affair – cue reminders that no fans MUST be affecting the players on the pitch.

The second-half started in much the same subdued fashion with Fati carving out the first opportunity five minutes in – dragging a right-footed effort wide of the post.

But just three minute later, Coutinho missed a huge chance – heading into the side netting from just eight yards after after Fati's pinpoint cross put it on a plate for him at the far post.

The Ramos penalty drama came after an hour with Barca failing to test Thibaut Courtois from then on.

Toni Kroos and Ramos had huge chances to wrap up the points at 2-1 but a tremendous treble save from Neto kept his team in it.

But Modric made sure of the win as Barca were stretched late on – twisting and turning to sit Neto down before lashing home from 15 yards with the outside of his right foot. 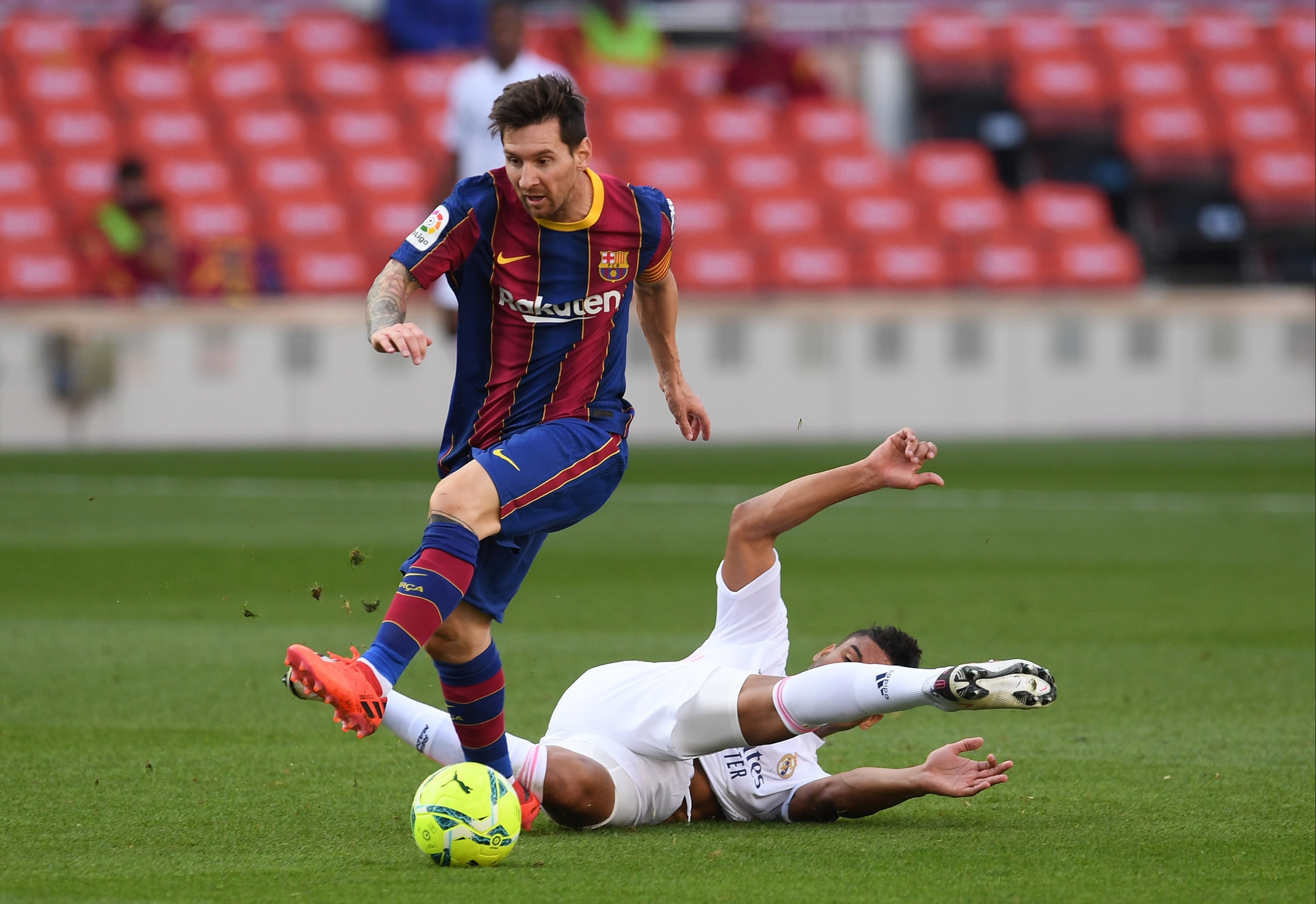 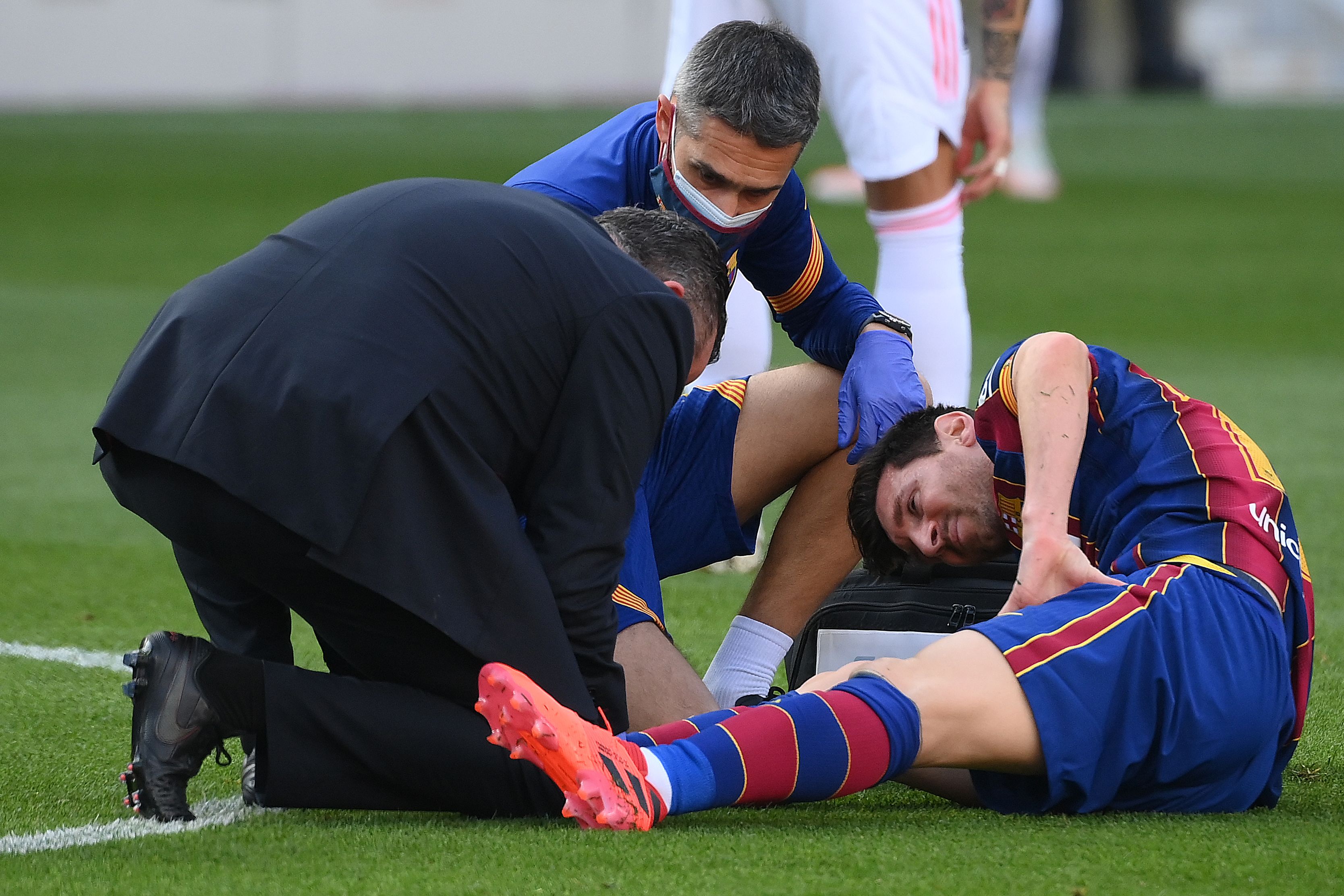