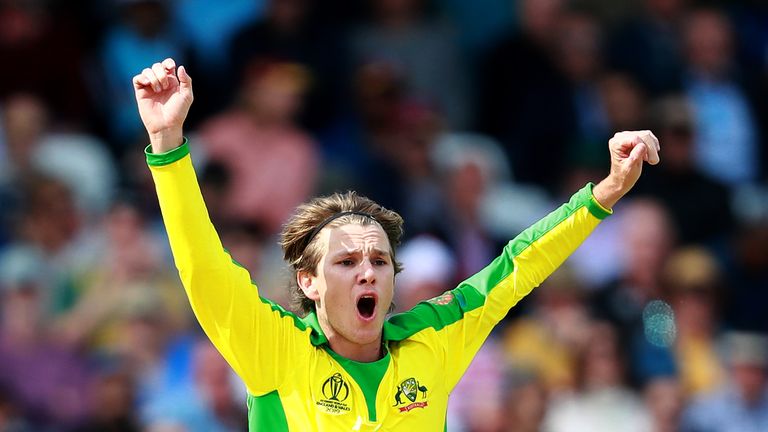 Australia leg-spinner Adam Zampa has been formally reprimanded by the ICC after he admitted using an ‘audible obscenity’ during his side’s World Cup win over the West Indies on Thursday.

Zampa was also handed one demerit point following the incident, which occurred at the end of the 29th over of the West Indies’ innings at Trent Bridge.

The 27-year-old finished with figures of 1-58 as Australia triumphed by 15 runs to secure their second win from as many games at the tournament.