BOXER Pedro Tabares astonishingly STAMPED on the face of his opponent Saul Farah after knocking him down.

The extraordinary scenes took place during a bridgerweight bout in Pando, Bolivia, between debutant Tabares and 103-fight veteran Farah. 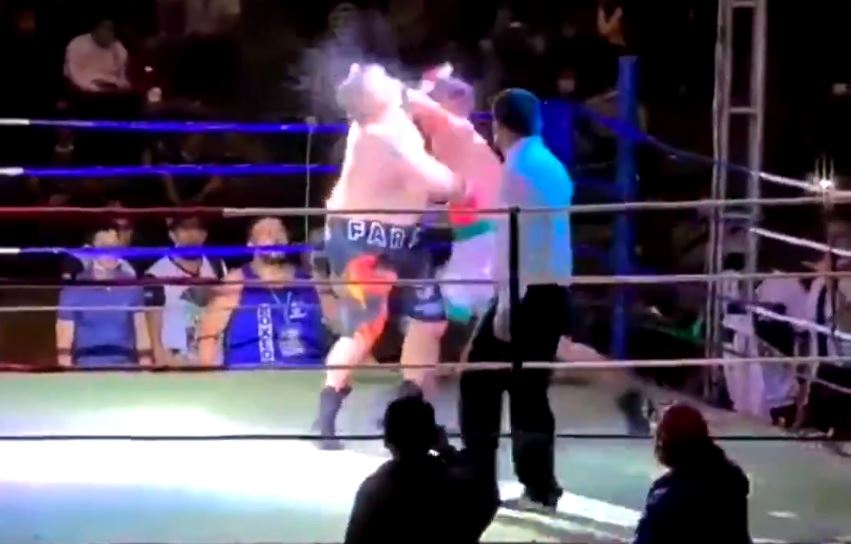 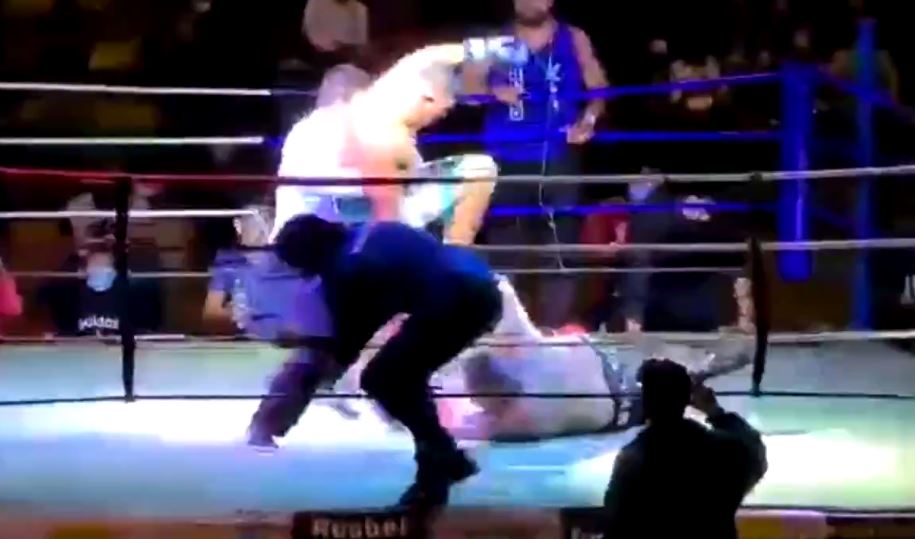 Farah was down on the scorecards when a left hand caused him to hit the canvas.

But then all hell broke loose as Tabares began stamping on his opponent's head.

It caused security to storm into the ring and break up the violent rage, with Farah later winning by disqualification.

According to Reduno, the tension between the fighters had built up in the build up and spilled over into the ring.

Tabares is said to have apologised, with Farah opening the door to a rematch.

He reportedly said: "I give him revenge here or in China, as long as the Bolivian Boxing Federation approves it."

Farah is one of the most recognisable names in Bolivian boxing, with a journeyman record of 73-26-3.

He has won national titles and even WBC trinket belts during his career.

Farah, 38, is believed to have broken his nose after the disgraceful attack from Tabares.

Tabares is expected to receive a lengthy ban following the assault.