COULD Jesus save Arsenal?

The Gunners are the latest club to be linked with Brazilian wonderkid Reinier Jesus, a 17-year-old attacking midfielder who has starred for Flamengo since making his debut back in July. 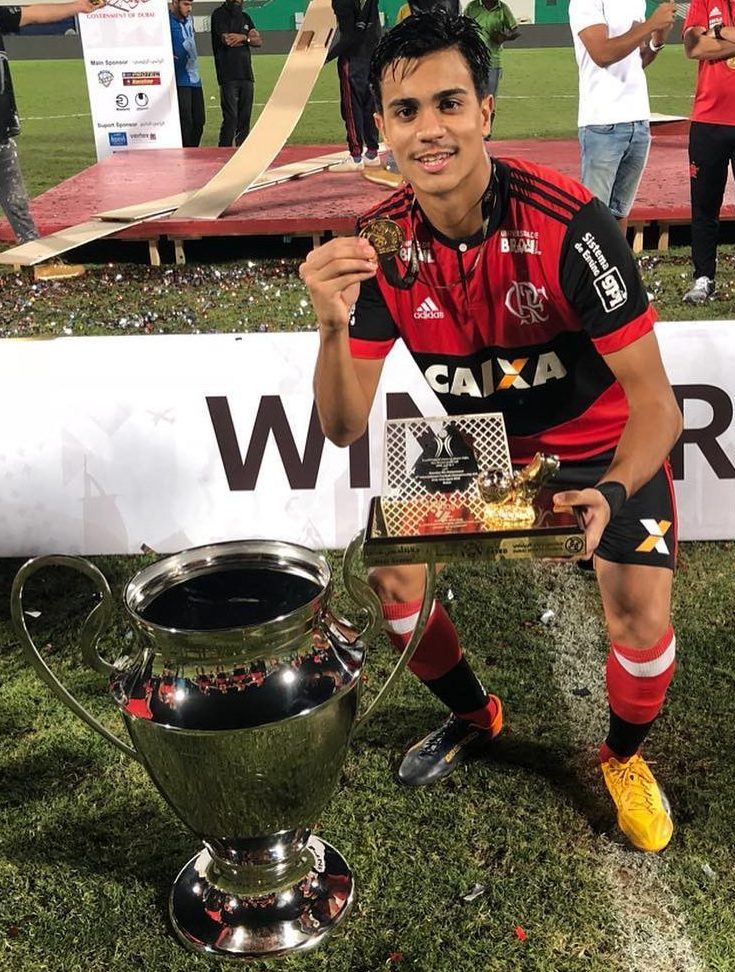 The North London giants will face huge competition for the exciting talent who has scored four goals in 13 games for the Rio side since his introduction.

Real Madrid, PSG, Manchester City and Juventus have also reportedly sent scouts to monitor Jesus – which could spark a bidding war for the boy wonder in the months to come.

But who is the playmaker that's taken Brazil by storm?

Standing at a rangy 6ft 1in, Jesus has been compared to AC Milan icon Kaka in playing style.

With the arrogance of youth on his side, his standout attributes include being able to drift past opponents with ease, as well as an eye for the killer pass.

Add to that a penchant to showboat and the ability to score goals from midfield and you'll realise Jesus can already influence a game, despite his tender years, and you'll understand the comparisons to the former Ballon d'Or winner.

He grew up in a footballing family. His dad Mauro Brasilia was a famous futsal player, who helped his son hone his technique.

However, there were clubs that didn't see the potential in Jesus.

Spells at the academies of Vasco da Gama, Botafago and Fluminense came and went. 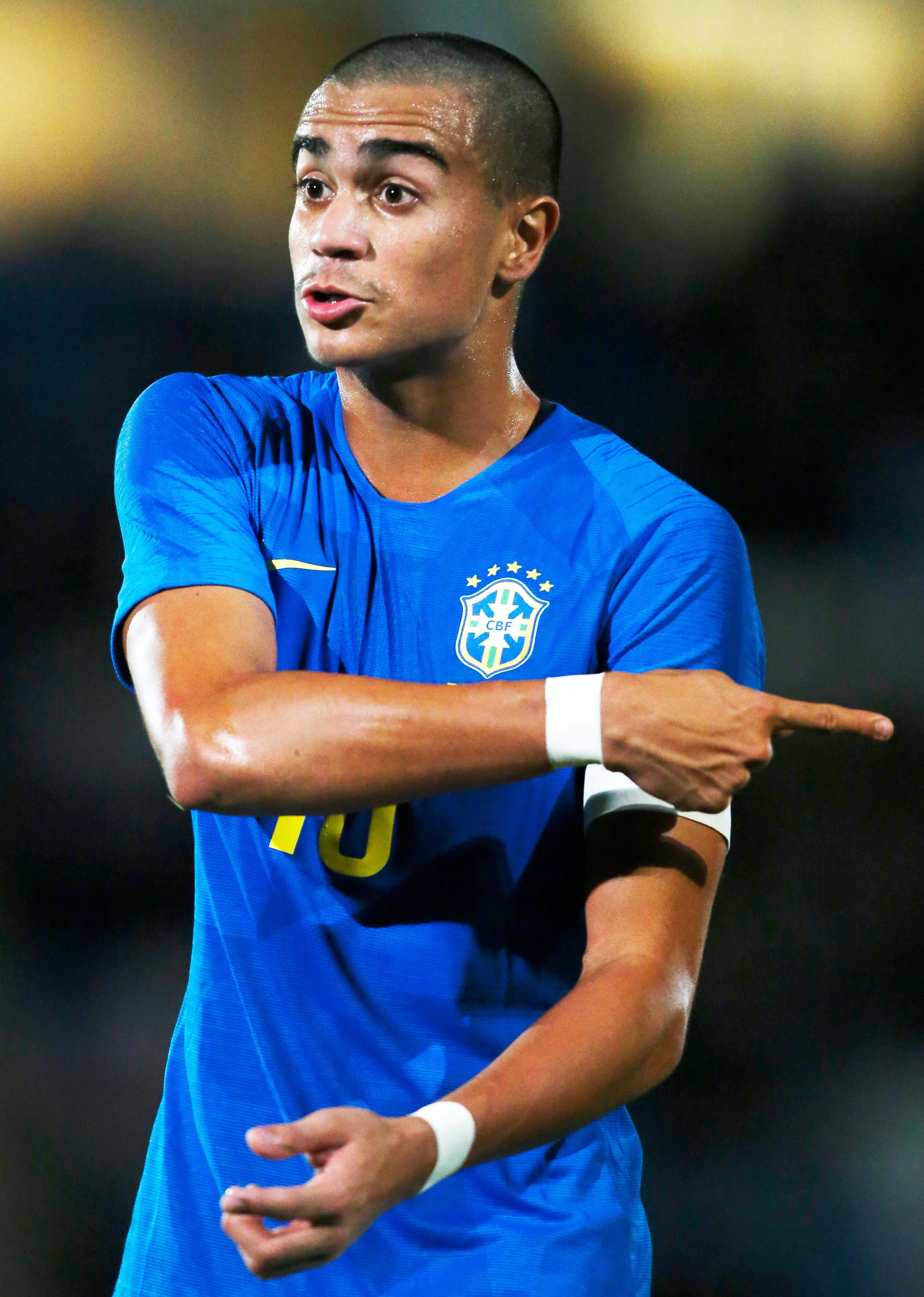 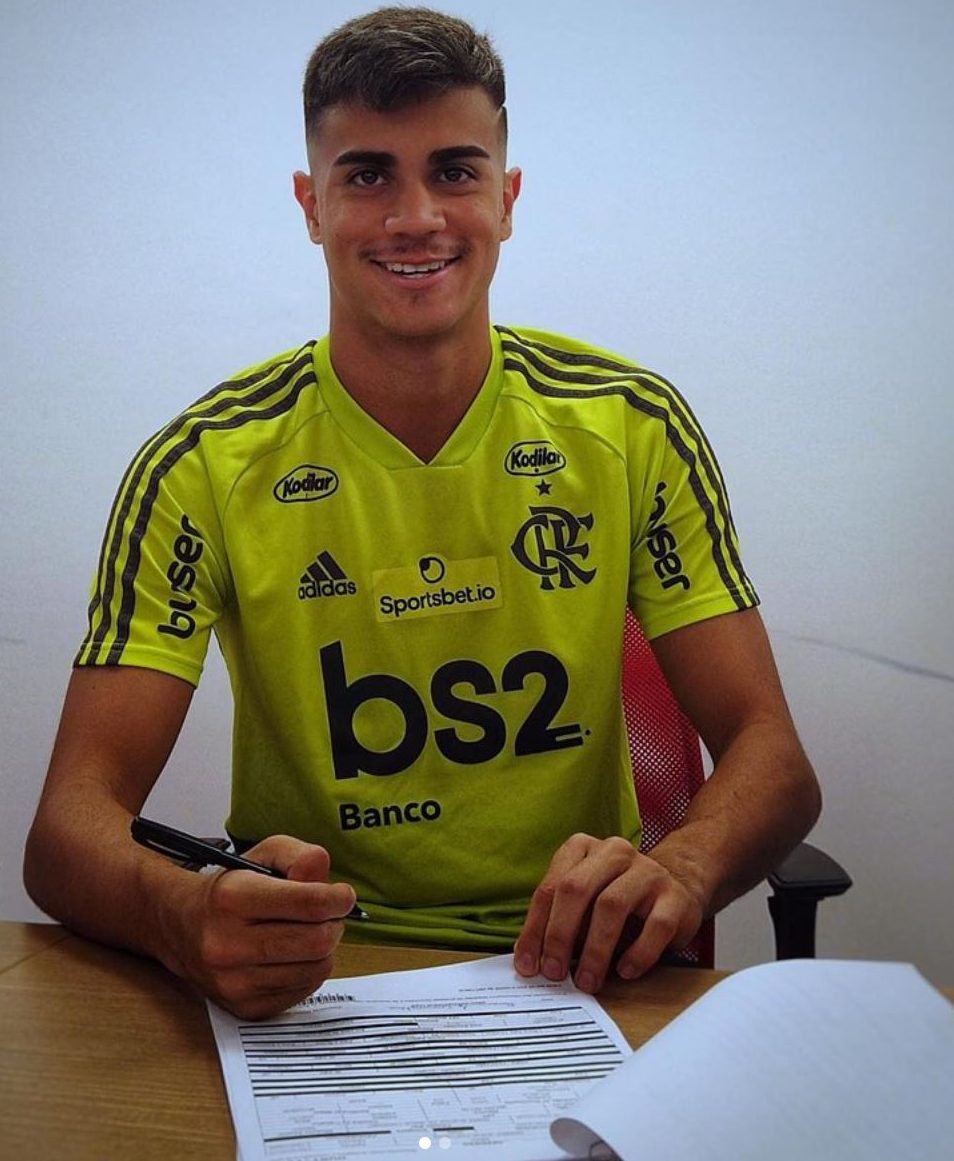 It was at Flamengo in 2017 where he began to flourish, moving from a defensive midfield position to the No10 role in their youth teams.

He was handed a debut in the Copa Libertadores tie against Emelec at the Maracanã Stadium four months ago.

Then, a week later, he was handed a Serie A debut against Bahia. Within two months Flamengo had extended his contract until 2024 with a transfer release clause set at £60m – knowing they had to protect their investment.

A LOVE OF ZIZOU

Jesus may have only been small when Zinedine Zidane was at the peak of his powers.

But, thanks to the power of YouTube, he's been able to watch the Frenchman's skills on repeat.

“I’m heavily inspired by [Zinedine] Zidane," he once told interviewers.

"I’ve watched a lot of videos on the internet of him playing. I’m always trying to execute plays like he did."

And the feeling's mutual for the Real Madrid boss.

Zidane is said to have told his board to meet Flamengo's release clause, so he can team Jesus up with Brazilian sensations Vinicius Jr and Rodrygo. 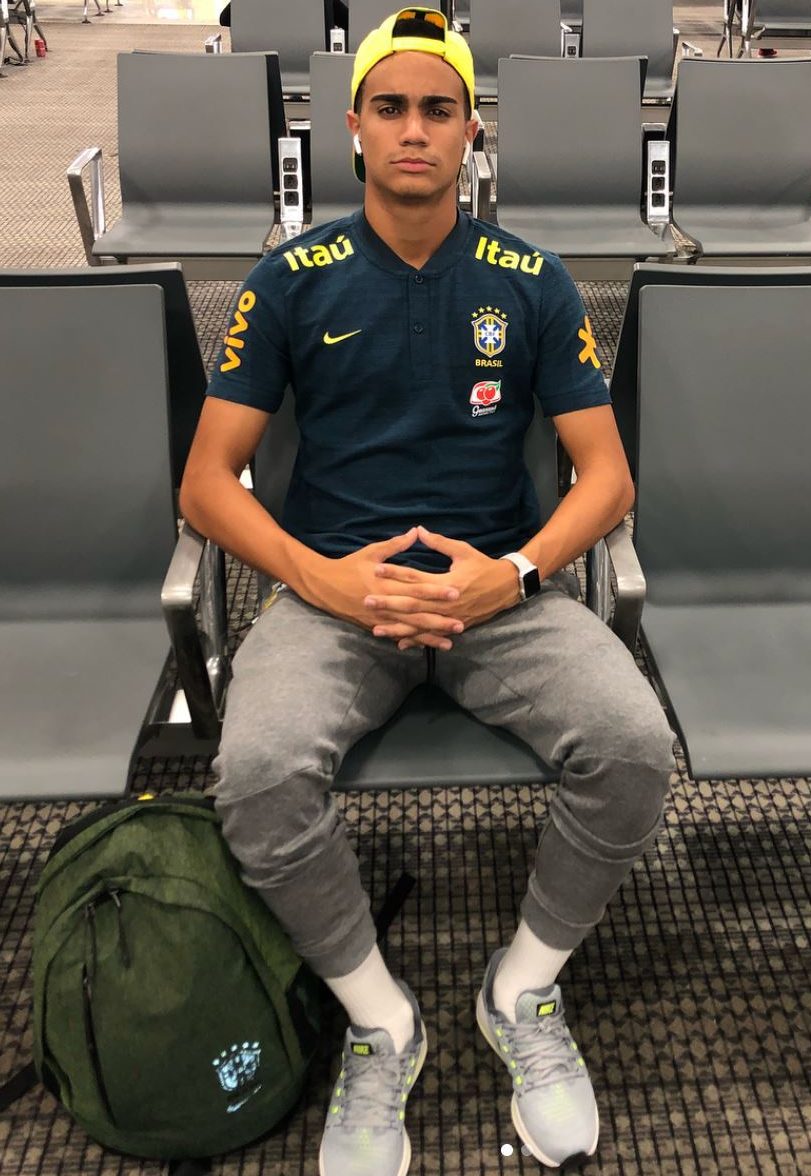 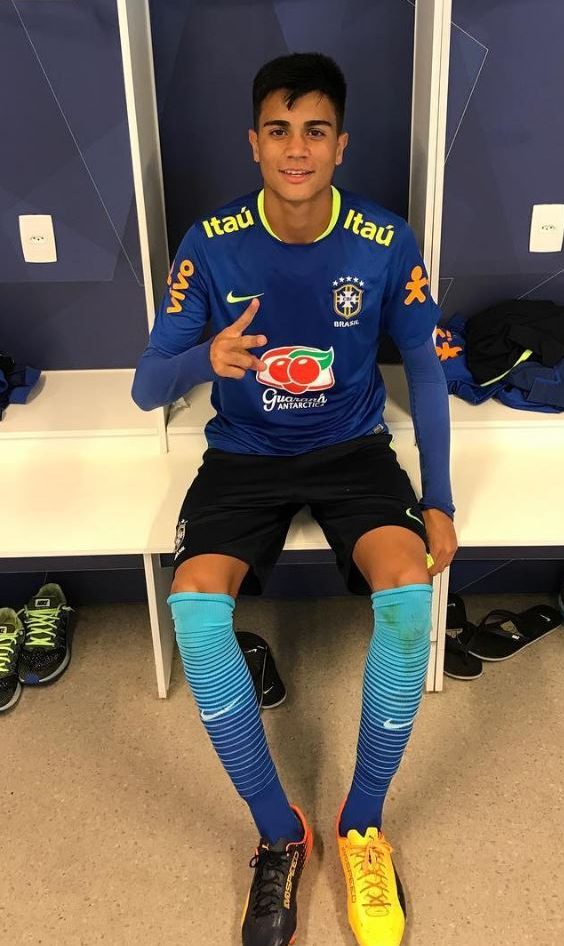 And Jesus is believed to be interested in moving to Europe to continue his footballing education – reportedly exchanging messages with AC Milan sensation Lucas Paqueta about a life playing overseas.

Capped at U15 and U17 level, Jesus is expected to make the graduation to full international.

He captained Brazil at the 2019 South American U17 Championships in Peru, and was their star performer in a struggling side.

Four goals in three matches showed he was eager to take on the burden of responsibility of leading his country.

"I’m glad to be able to do my job and also be an example for the younger players,” Paqueta said after seeing Jesus put on a wondrous display for Brazil's U17's.

"I hope he keeps playing his football the best way he can.”

“Playing for the academy of a professional club, one must go through a maturing process, and Reinier is like any other talent," he told Goal.

“I think we must be very attentive with some details, so he can have his mind in the right place and continue to show off all his potential.” 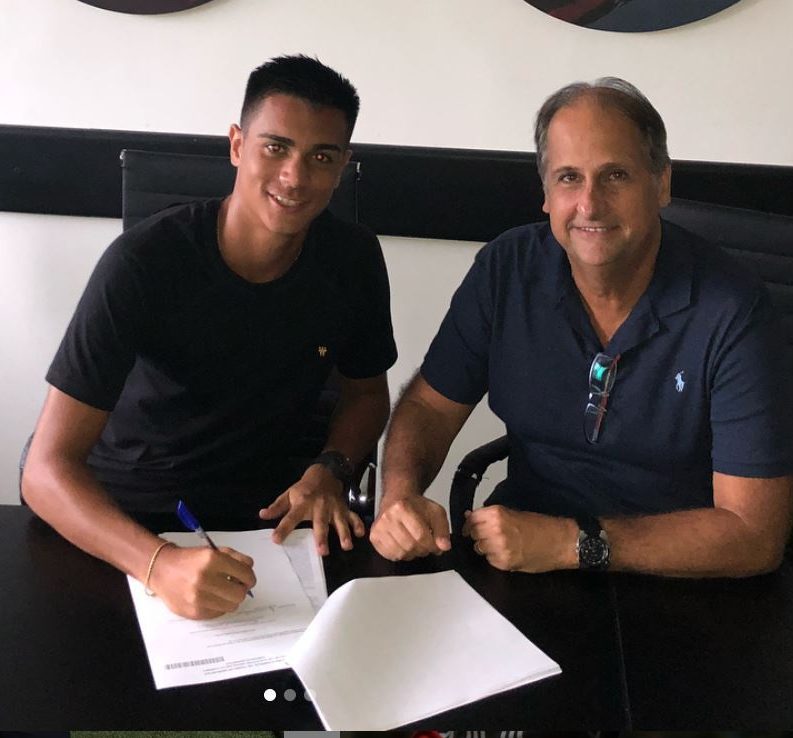 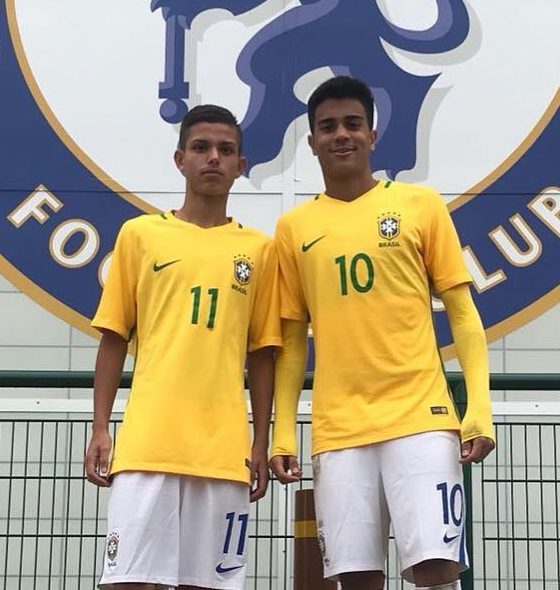