ARSENAL and Everton have suffered a transfer blow with £20m Gent wonderkid Jonathan David reportedly preferring a move to Barcelona.

The Canada international has enjoyed a stunning season at the Belgian outfit, scoring 21 goals and recording 10 assists from 35 games. 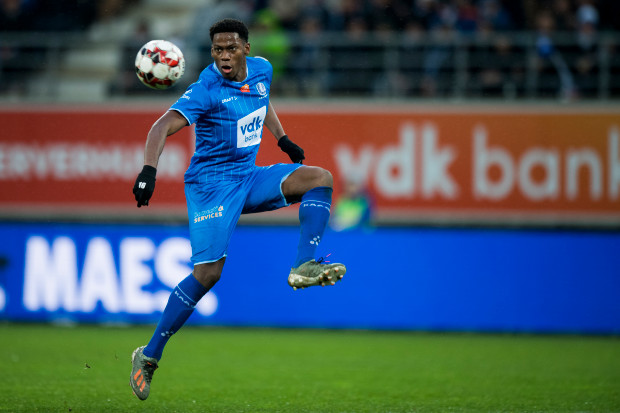 The Gent starlet's form has led Premier League giants Arsenal, Everton and Leicester to all register an interest in signing him.

And the English trio also rival German club RB Leipzig, as well as Italian duo Napoli and Lazio for the forward.

Lyon were also considering a move for the 20-year-old in January and are likely to revive their bid to land him in the summer.

But according to Mundo Deportivo, the young midfielder would prefer a move to La Liga giants Barcelona.

He has been a long standing admirer of former Barcelona star Ronaldinho for his playing style and trademark smile.

The Catalan giants need to replace Luis Suarez as he is set to miss most of the rest of the season – when it resumes – after he had surgery on a troublesome knee injury.

David has been hailed as the most flexible forward in the Belgian top-flight, with the youngster capable of fitting in across the front-line.

The 20-year-old is capable of playing as an attacking midfielder, a second striker, as well as a lone man up top – putting him on the radar in Europe.

The Gent ace's versatility has attracted attention from Gunners boss Mikel Arteta who is on the hunt for attacking reinforcements this summer.

Arsenal face a potential mass exodus in the next transfer window with six senior players, including top earners Mesut Ozil and Pierre-Emerick Aubameyang, out of contract in less than 18 months’ time.