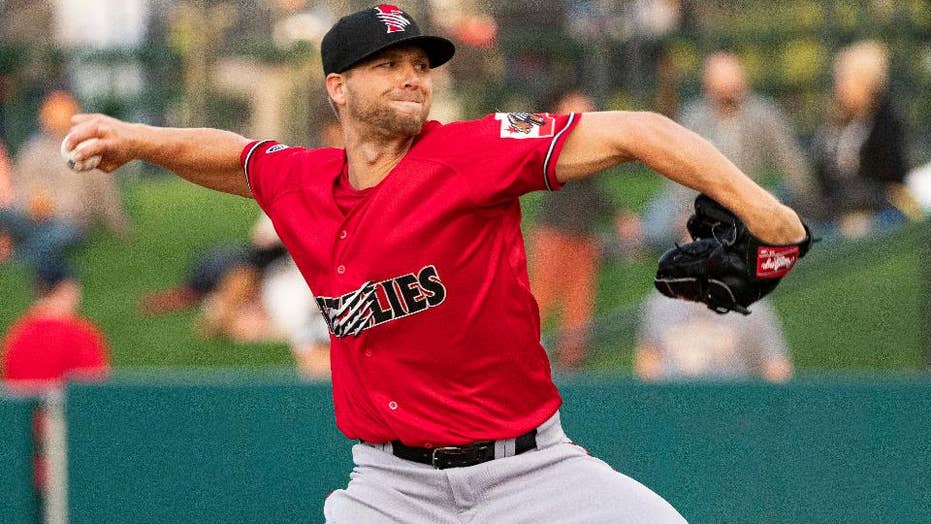 The Fresno Grizzlies apologized to the New York congresswoman after a video tribute played between their doubleheader games linked her to Kim Jong Un and Fidel Castro.

Sun-Maid announced it had ended its partnership with the Fresno Grizzlies, according to the Fresno Bee.

“We are deeply disappointed by the Memorial Day tribute video the Fresno Grizzlies aired on Monday,” Sun-Maid told the newspaper in an email through a public relations firm. “Sun-Maid does not support the views or sentiments expressed in the video, nor does it condone the airing of it. While the Grizzlies have apologized for this mistake, we are standing on the side of what we believe is right and terminating our sponsorship of the team.”

Sun-Maid signage was prominent in left field of the Grizzlies’ ballpark. It’s unclear how long the two organizations had been partners.

The three-minute video, called “Memorial Day Tribute – We Are Americans,” was filled with patriotic images and a speech from Reagan. At one point, the Reagan speaks of “enemies of freedom” and images of an Antifa member, Kim, Ocasio-Cortez and Castro appear.

Grizzlies, who play in the Pacific Coast League, apologized several times for airing the video – the latest coming Wednesday night.

“The video was not produced, created or commissioned by the Fresno Grizzlies. It was carelessly taken from YouTube. There are multiple versions of this video available on the internet, the version that our employee selected contained offensive content,” the team said. “The airing of the video in the ballpark was the result of an unintentional oversight by an employee who did not view the video in its entirety. The employee responsible has been reprimanded by the organization.

“We understand the dangers and ramifications of what was shown. We have publicly apologized to Congresswoman Ocasio-Cortez. Regardless of your political viewpoint, we believe that all people who dedicate their lives to public service deserve respect.”

The congresswoman responded to the controversy Tuesday evening by tweeting: “What people don’t (maybe do) realize is when orgs air these hateful messages, my life changes bc of the flood of death threats they inspire. I‘ve had mornings where I wake up & the 1st thing I do w/ my coffee is review photos of the men (it’s always men) who want to kill me.”