The pair are back together following McCracken’s role with Team GB at the Tokyo Olympics. 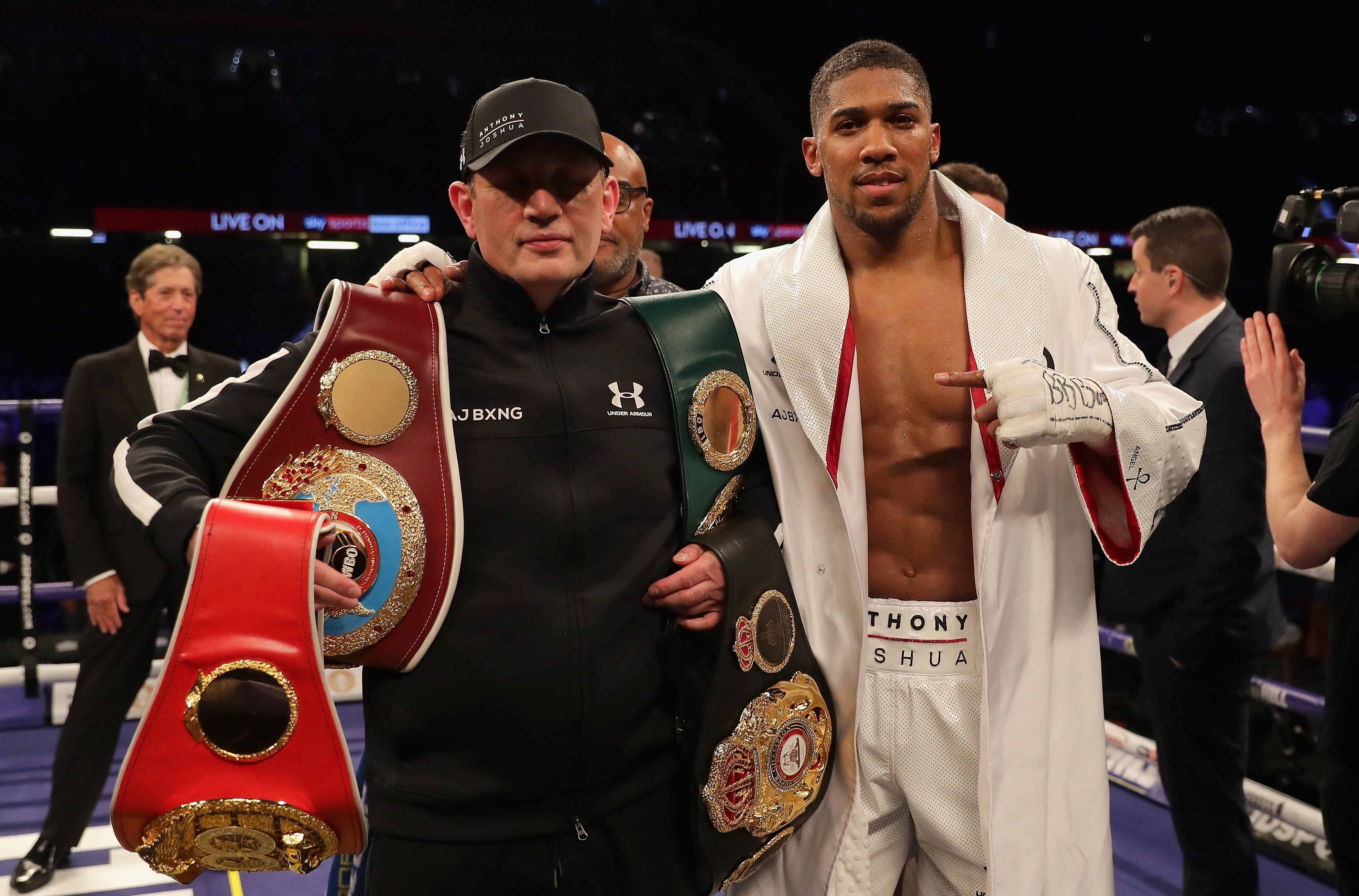 And all thoughts have now turned to AJ’s upcoming bout against Usyk on September 25.

Joshua will defend his IBF, WBA and WBO heavyweight belts against the mandatory challenger at Tottenham’s stunning stadium.

And Joshua will go on to face rival Tyson Fury in an all-British unifier should he get past Usyk.

However, the Ukrainian hitter will be a hard nut to crack after winning all 18 of his professional fights.

And 13 of his wins have come by knockout.

But McCracken is confident AJ can put in an impressive showing next month and fire a warning to Fury, who is preparing for his trilogy fight with Deontay Wilder.

McCracken told Sky Sports: “[AJ] is doing fine, he’s where he needs to be.

“I’ll get back and there will still be seven weeks [before his fight], which is a long time in a 36-minute fight.

“He’s in the position he needs to be in. We’ll get back, me and the team who work with AJ, so we can put the work together, get the sparring and prep right.

“[That’s] so he can put on a great performance in his next heavyweight title fight.”

One man who is confident Joshua will overcome Usyk is Germany-based Shokran Parwani.

He has been training with AJ in order to mimic Usyk’s southpaw stance.

And Parwani reckons Joshua will be too powerful for his ’slick’ opponent.

Parwani added: “I have a little bit of the same style. I work more with my feet, I’m a slick guy with a lot of movement.

“Usyk is also a slick guy, he isn’t a puncher. He doesn’t have power.