ANTHONY JOSHUA named the date of his mega showdown with Tyson Fury two years BEFORE the contracts were signed.

During a phone conversation between the two filmed as part of ITV's documentary on the Gypsy King, the bombshell was dropped.

On a video call with Joshua while sat in a pub, Fury chatted jovially with his rival.

He said during the 2019 recording: "What's happening AJ?"

To which Fury added: "I'm all good brother."

The documentary was filmed in the build-up to the Gypsy King's rematch with Deontay Wilder, which he famously won to claim the WBC belt.

And yet AJ was quickly down to business and looking forward to their own eventual showdown.

He asked: "When are we fighting?"

Fury retorted 'behave yourself!' before Joshua dropped in: "It sounds like 2021."

A laughing Fury replied in front of chuckling bar staff: "I only called you up to say hello."

Fast forward to March 2021 and the pair have now signed on the dotted line to face off twice in the coming months. 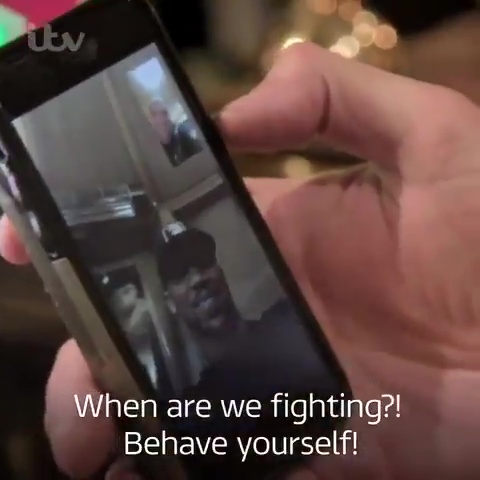 A potential trip to the United States or Middle East could set up a return leg in the United Kingdom as part of the £200million deal.

Joshua's promoter Eddie Hearn told ESPN: "The hard part is always getting everybody to put pen to paper.

"But this was a major effort from all parties to get this over the line. You had rival promoters, rival networks and rival fighters.