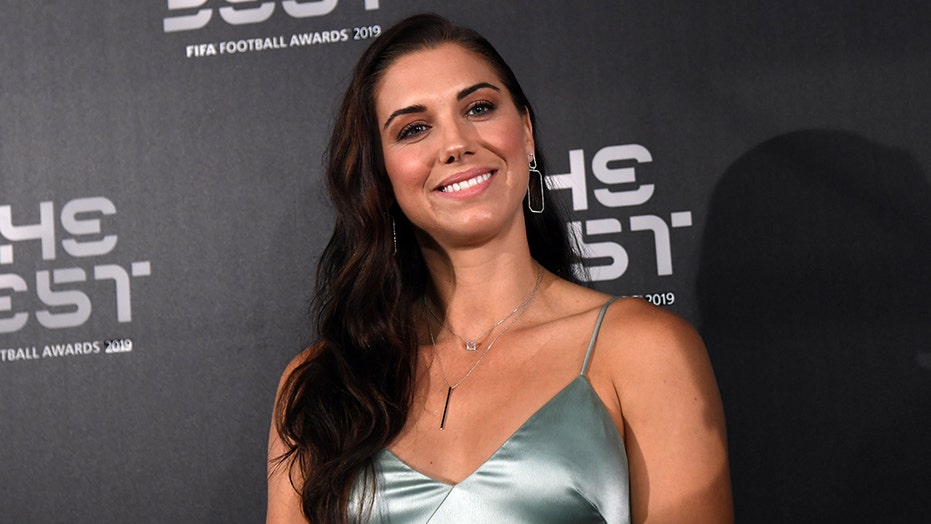 Alex Morgan, who recently announced she was pregnant with her first child, is still hoping to be able to represent the U.S. during the 2020 Olympics in Tokyo next summer.

Morgan and her husband, MLS player Servando Carrasco, announced they were expecting their first child in April. The 2020 Olympics begin July 24, 2020.

“I hope to get back on the field as soon as possible,” Morgan told USA Today on Wednesday. “After having a healthy baby, I want to get back with the national team and look forward to playing in Tokyo.”

Morgan is coming off another World Cup victory over the summer. She told the newspaper she believes she can come back and compete at the same level after she gives birth.

“There are so many women that have been able to come back to their respective sport after pregnancy and continue to have a successful family while playing the sport that they love at the highest level,” Morgan said.

She added: “I plan to follow in those footsteps and be one of those women who have a family and carry my daughter around as I’m going to the next city to play. And I still want to continue to enjoy the sport that I’ve been playing for all my life.”

Morgan won the Silver Boot during the World Cup, scoring six goals during the tournament – only one behind her teammate and Golden Boot winner Megan Rapinoe.