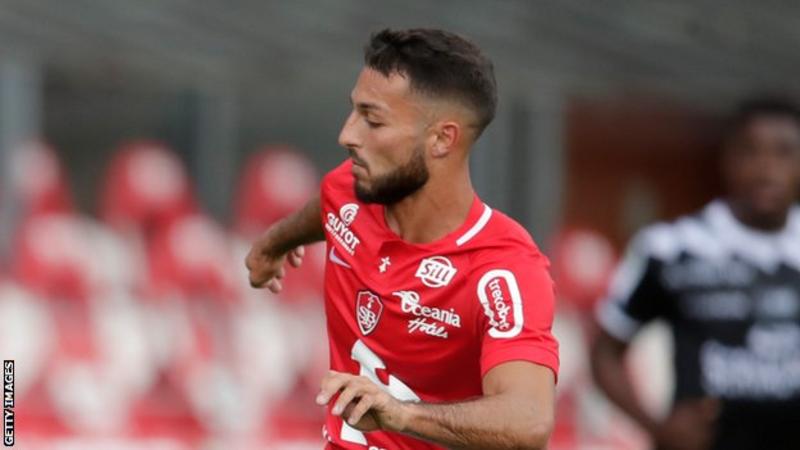 Algeria coach Djamel Belmadi has confirmed that Haris Belkebla has been dropped from the Africa Cup of Nations squad.

Belmadi explained that it was in order to ‘maintain discipline’ in the squad ahead of the finals in Egypt which begin on 21 June.

“The coach’s decision was to maintain discipline within the group, which he considers paramount,” the Algerian Football Federation posted in a statement on Wednesday.

His omission follows video footage of Belkebla appearing on social media exposing his backside on a live stream of an online game.

The Brest midfielder issued an emotional apology, saying he was “broken-hearted”.

“I would like to apologise to you. Of course I did not think I was live on a social network, however, what I did was out of order and has no place in a gathering of such importance,” he wrote on social media.

“I do not seek to make excuses for myself because I made a mistake and I am paying the price immediately with my exclusion from the national team.

“I am broken-hearted but it is a legitimate punishment by Algerian football governing bodies. Of course I do not hold a grudge against anyone except myself for disappointing and hurting you.

“I simply ask you to not hold this against my family, who have raised me with far more noble values ​​than what I displayed.

“My values are a lot much closer to the values ​​of our country. To all the fans, the federation, the staff, the players, my family and the coach Mr. Belmadi, I apologise and ask for your forgiveness. To my teammates, the dream stops here for me, but I hope to celebrate while watching you lift the Cup. Long live Algeria.”

USM Alger midfielder Mohamed Benkhemassa is expected to replace him, but the federation is yet to confirm Belkabla’s replacement.