Conor McGregor would beatKhabib Nurmagomedov in a rematch.

That’s according to McGregor’s friend and Straight Blast Gym teammate Artem Lobov, who told Business Insider this week that the Dubliner is an expert at going back to the drawing board, finding a new approach, then winning a second fight after suffering a heavy loss.

Nurmagomedov famously dropped McGregor with a thudding overhand right before submitting him with a tight neck crank in the fourth round of a wild fight at UFC 229 last year.

While Nurmagomedov will defend his UFC lightweight world title against Dustin Poirier at UFC 242 in Abu Dhabi in September, McGregor is yet to return to the Octagon.

The 30-year-old has been linked to a rematch fight with Nurmagomedov, with the UFC president Dana White saying multiple times this year that a second bout should happen.

And Lobov, who has trained with McGregor at SBG in Dublin, believes it is a fight he would win because of the way he overcame his submission loss to Nate Diaz in 2016, only to outlast the Californian in a five round war five months later.

“If you look at the past … look at what happened with Diaz,” Lobov told Business Insider. “When he realized a mistake, he said, ‘Okay, no problem,’ took it on the chin, went back to the drawing board, completely took new approach toward the fight camp and got the win. I think it would be no different this time.”

Read more:Khabib Nurmagomedov challenges Conor McGregor to actually win a fight before they even talk about a rematch

Lobov believes that the marketability of unbeaten boxers has “ruined” combat sports culture. “Everybody loses,” he told Business Insider.

“The sport of boxing has ruined this for everybody by padding the record, building these fake, undefeated guys. In boxing you look around and everyone is undefeated, everyone is a world champion, and nobody wants to fight each other.

“So the result is, the fans have this wrong understanding of how the competitive world works. In a competitive world, everybody loses. There is no issue with a loss. It’s how you come back from it that will define you. And I believe Conor will be victorious [against Nurmagomedov].” 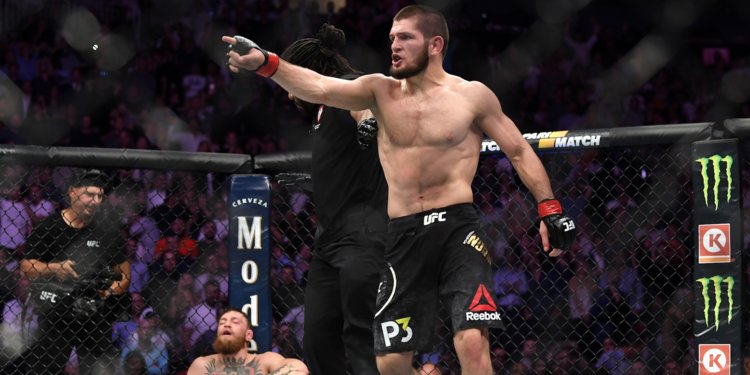 Lobov, a former UFC fighter himself, has meanwhile found a new calling in the Bare Knuckle Fighting Championship.

Lobov fights Malignaggi on Saturday at the Bare Knuckle Fighting Championship 6 event on June 22 in Tampa, Florida, and the promoter David Feldman told Business Insider that though it is not confirmed, the company would not be surprised to see McGregor at ringside, supporting Lobov.

For Lobov, McGregor is a friend, “a true champion,” and “a winner.”