There’s something to be said about a Black female icon who inspires such a level of familiarity that you assume it’s appropriate to call her by her first name when you first meet. But Yvette Lee Bowser doesn’t mind.

“As long as you don’t call me Yavette, which is not my name,” she said while laughing on a Zoom call from her home office in Los Angeles. “Y-vette is a bit of a pet name that I’ve had since the ’80s, but I’ll go with Yvie sometimes. Yvette is perfect.”

Perhaps it’s because anyone who’s been watching her work for the last three decades feels like they already know her. After all, she has written, and in some cases created, many of our fictional best friends — sensible magazine entrepreneur Khadijah James (Queen Latifah) on “Living Single,” southern belle Whitley Gilbert (Jasmine Guy) on “A Different World” and free-spirited record executive Mona Thorne (Rachel True) on “Half & Half,” to name just a few. 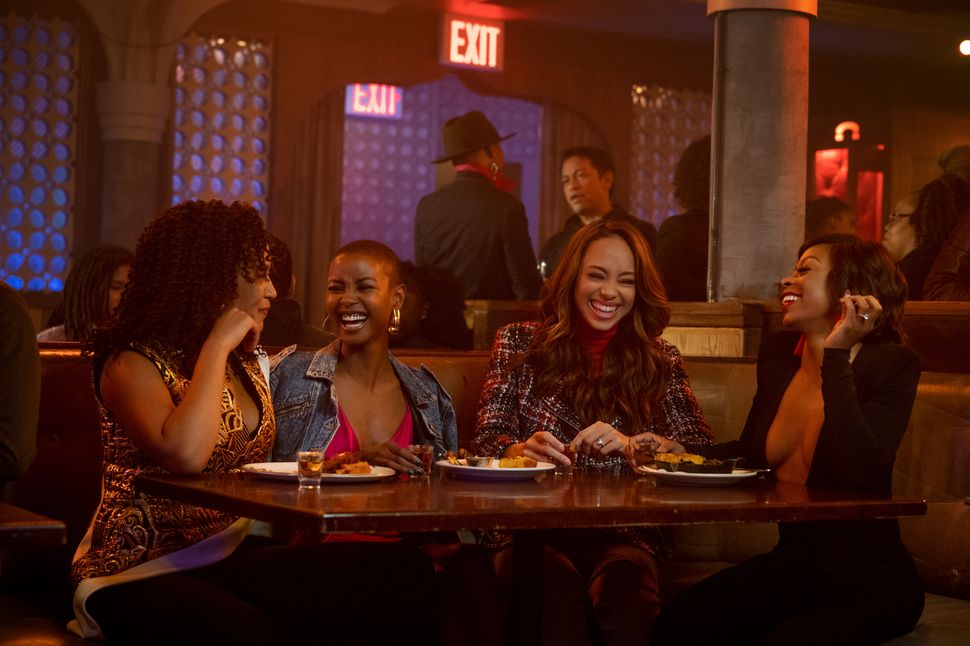 Bowser takes pride in creating characters who feel authentic and who she feels close to, especially after spending much of her childhood in California nurturing a bustling imagination as a young creative trying to find her place in the world. She was raised by her French-German-Irish mother and Japanese stepfather, an only child and wanted to have enviable female friendships.

“As outgoing as I may have been at times in high school, I often felt very insecure and unseen because I didn’t come from means,” she said. “I was a nerd who loved to pour over the dictionary and take a deep dive into the etymology of words.”

So, storytelling came naturally to the budding producer, showrunner and writer who ditched law school for Hollywood to, in part, help bring to life the sorts of friendships she’d seen on screen and that meant so much to her.

“Television was as much a friend as anything,” she said. “I remember watching ‘Laverne & Shirley’ and wanting what they have, because it feels like sisterhood and comfortable and bendable but unbreakable. I liked that they could dance down the street singing a silly song, laugh together, cry together through it all.”

That certainly tracks throughout Bowser’s work. Just watching Khadijah, Regine (Kim Fields), Synclaire (Kim Coles) and Maxine (Erika Alexander) dancing and laughing in the opening credits of “Living Single” is enough to pep up your mood. As is seeing Jaleesa (Dawnn Lewis) and Whitley, two friends who on paper have little in common, sitting down for a heart-to-heart about confronting racial stereotypes.

Or even following Mona and her half-sister Dee Dee’s (Essence Atkins) oscillating relationship, which consisted of petty disagreements resulting from their dissimilar upbringings, learning from each other, and being able to call on each other whenever they needed.

The sincerity of these friendships is virtually unmatched. 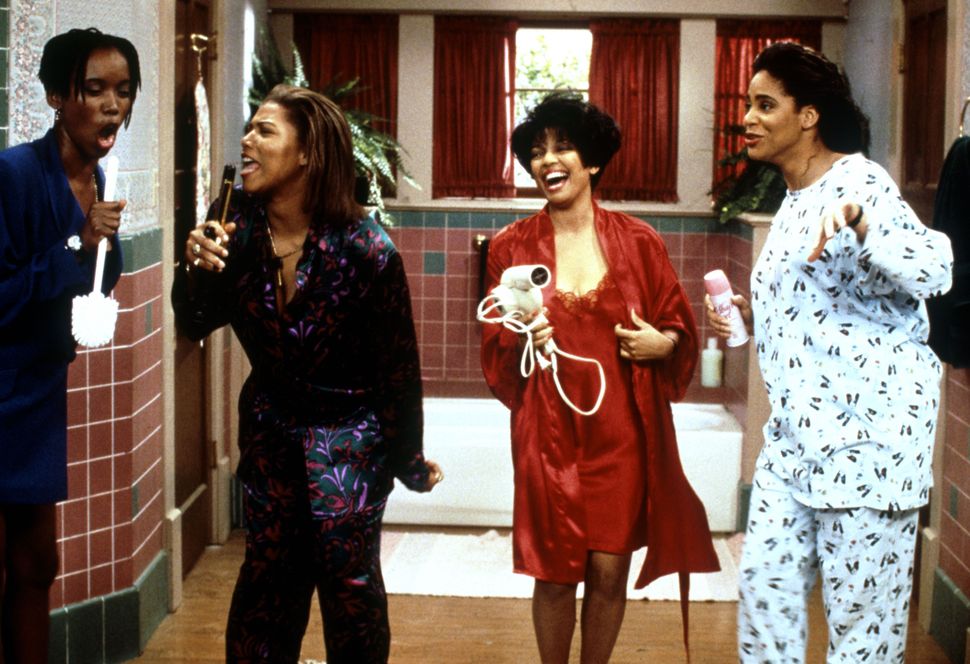 “Some of the most important and life-saving relationships were built with my female friends and relatives, and I just really enjoy paying homage to how that support and interconnectivity gives us life and propels us through whatever life might throw in front of us,” Bowser said. “Sometimes it’s just in telling you where you’re wrong, giving you heavy doses of reality and being a mirror.”

“Run The World” brings those themes into 2021. Perfectionist Whitney grapples with societal and familial pressures as she plans for her wedding day. The fabulous Renee is, in the words of Gwyneth Paltrow, “consciously uncoupled.” Trailblazer Ella is at a crossroads between her job and her passion. Booksmart Sondi juggles college and playing a maternal role in her boyfriend’s daughter’s life. And it’s a Starz series — so there is plenty of sex and spilled martinis on the dance floor.

“The story of ‘Run The World’ is one of those opportunities that probably wouldn’t have existed 10 years ago,” Bowser said. Premium networks mostly picked up series about friendships between white women up until recently; in “Run The World,” there are more than 10 Black designers and over 10 Black artists with Black art featured.

Most profoundly, though, there’s something entirely fresh about its approach to depicting Black women and friendships.

“The thing is, these are the same types of women that existed in the ’80s and the ’90s,” Bowser said. “But they’re living their lives the way women live their lives in the millennium — more out loud, even more unapologetically. It is through this honest portrayal that people find points of connectivity. The goal is for them to stay for the characters. They do that, then you’ve really accomplished something.”

The mere image of these Black women going to therapy and not having their sessions solely consist of them unpacking their relationships with men is also a major step forward. 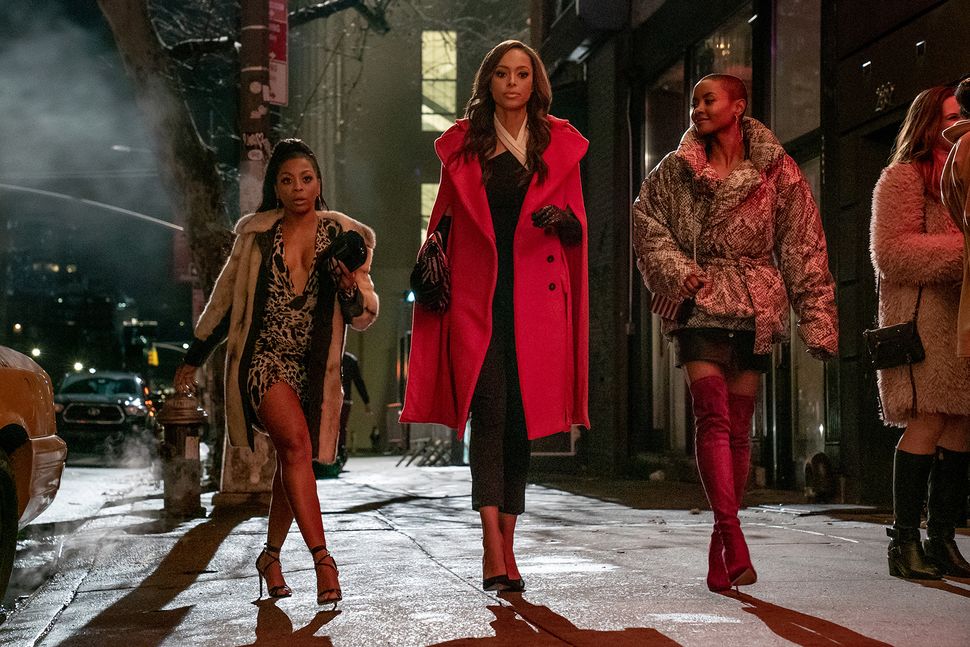 “Just the fact that those women are exhibiting self-love and self-care without it being an issue to go to a therapist is definitely a clear indication of how we’ve evolved from the ’80s, where Whitley would not admit that she had a problem,” Bowser said. “And then in the ’90s, Khadijah was embarrassed to be seen at a therapist.”

Fans will remember that Guy was cast as her therapist. “It was so fun to have Jasmine Guy play Latifah’s therapist,” Bowser recalled. “I believe that society evolved, but you can actually depict it in your work.”

That’s one reason Bowser has stayed relevant as long as she has, despite all the racist, sexist and ageist obstacles Black women in Hollywood (and elsewhere) face every day. She’s acutely attuned to — and even exhilarated by — the younger generations. In fact, it was while serving as an executive producer on “Dear White People” that she had a career “a-ha” moment.

“I was like, ‘Wait a minute, I’m coming up on hashtag 30 years,’” she recalled with a chuckle. “Because I was working in a room full of very young people, I was like, ‘I’m going to hashtag that.’ So now it’s at 34 years. And I’m owning all of those years, every single one, quite proudly.”

Before you go check — no, she’s not sharing selfies on Twitter, and she rarely posts on Instagram. But she has low-key seen some of your conversations. “I’m a big-time lurker,” she said with a laugh. “Just coming out of the shadows. The thing is, as a writer, as a purveyor of art and culture in our stories, I keep my hand on the pulse. I just don’t necessarily do it through social media. But, trust, I have been on my fair share of Facebook and Instagram and probably way more TikTok than I should admit.”

Bowser said that last part jokingly, but, particularly as a mother of 19- and 23-year-old sons, she takes the work of learning from and about the people who’ve come after her seriously.

“I have projects that feature characters that run the gamut, ages 14 to 64,” she explained. “So, I have to understand what that is. I have a project that focuses on Gen Z, because I have two Gen Zers, and I’m fascinated by how different their lives are from mine versus the women of ‘Run The World’ versus the women of ‘Living Single’ almost three decades ago.”

Different, yes — but can still kiki with women who came before them, who not only offer sage advice but are also the center of their own exciting, multidimensional narratives. Like Barb (Alexander), Ella’s impeccably dressed boss on “Run The World,” who is great for dishing out the hard truth and knows how to work her way through a good party. She’s the character with which Bowser most identifies.

“Her journey, her voice, her approach to mentoring and keeping it real is very much in line with my relationship with Leigh,” Bowser said, referring to “Run The World” creator Leigh Davenport, who is 20 years her junior. “I think it’s really important for us to depict how we are there for each other across generations. I didn’t necessarily have mentors who were significantly older than I was.” 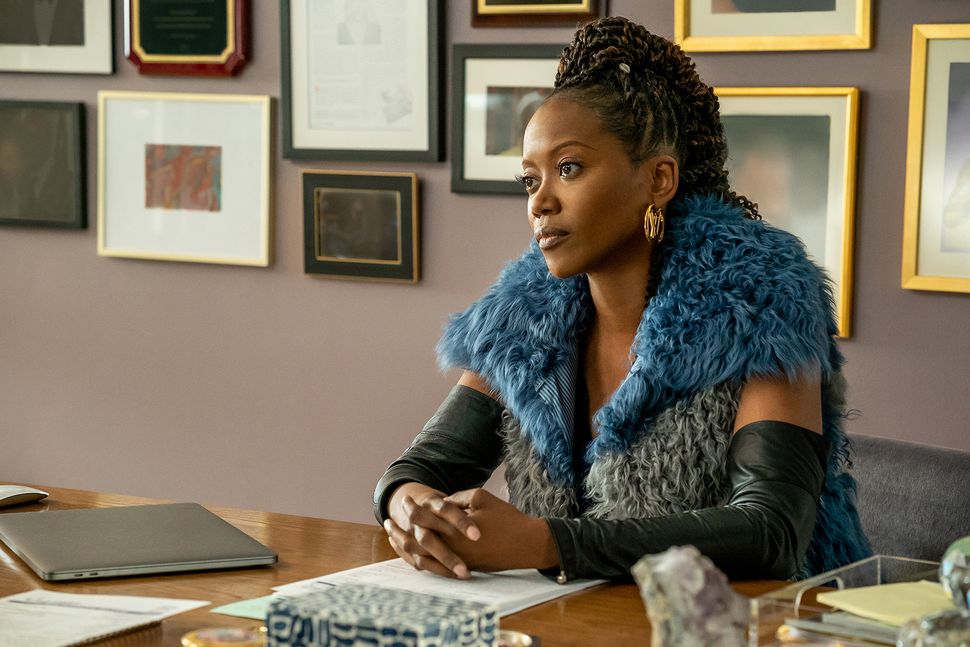 It’s astounding that Bowser was able to accomplish so much in her career, even at a young age. She created “Living Single” when she was just 27 years old and went on to produce hits like “Half & Half,” “Black-ish” and “For Your Love” while also a mother, and wife to husband Kyle.

“Basically, my personal life and my career take turns riding shotgun,” she admitted with a laugh. “There have definitely been times when I’ve done both things simultaneously. I’ll be writing, or showrunning, or producing while also mothering, but just trying to strike that perfect balance. I try not to be away too long, particularly when my kids were young.”

As if proof of that point, Bowser is still nursing a hoarse voice in our interview after attending a marathon of her son’s sporting events. “I was cheering for my son, his baseball team, all weekend for a million innings of baseball for three games,” she said.

After over 30 years in the game, it’s clear Bowser has unlocked the key to lasting success that spans across cultures and generations. The kind that includes the character of Maxine inspiring Black women, including Democratic Rep. Ayanna Pressley and politician Stacey Abrams, to choose a life of public service. And “A Different World” inspiring a record number of Black people to apply to HBCUs at the time.

“You cannot do it all,” she said. “You can have it all. Many of us have journals where we write down what we want out of our lives to help ourselves walk that path. I still have vision boards, but the vision board for my life is actually my life now. That’s the beauty of being in my 50s. I’ve been very intentional in my walk, and in my career and in the choices that I’ve made.”

It began as a mission to create images of herself and the relationships that mattered most in her life on screen. That led to helping reinvent the face of TV as we now know it today. Today, this multihyphenate trailblazer is especially interested in fostering the next generation of talent like Davenport and “Dear White People” creator Justin Simien.

“Success now looks very much like shepherding others and building on my legacy, which I’m very fortunate at a fairly young age to have,” Bowser said. “It’s so humbling to be in this space of calm and gratitude. So I guess that, in short, is what it looks like.”