A Benidorm bar has created the ultimate indulgence for booze-filled and hungover Brits, holidaying in sunny Spain – a pizza topped with a full English breakfast.

Good Times Bar and Grill, in the heart of the Costa Blanca resort, is serving up a classic 2,600 calorie margherita pizza – topped with two fried eggs, two rashers of bacon, two sausages, chopped up mushrooms and baked beans.

Since the bar, popular with Brits, shared the post on its Facebook page, reviews of the unusual concoction have been divided. 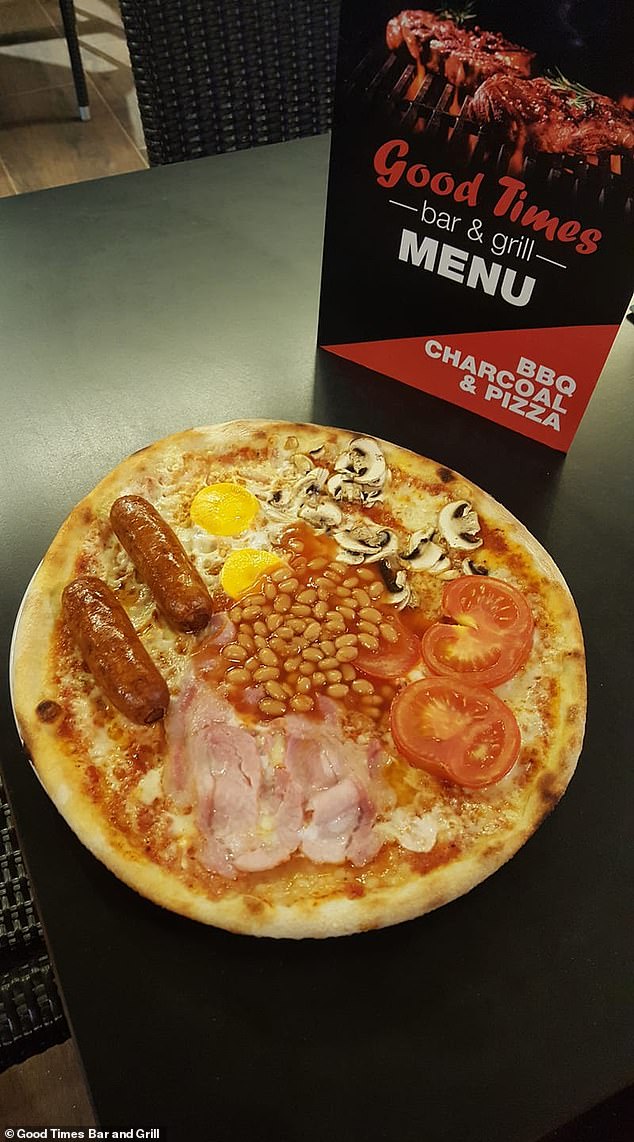 The eatery, which has a string on five-star reviews on TripAdvisor, was quickly met with a mixed reaction when they posted the ‘Yum’ pizza online.

While one person said they would be there ‘every morning’, another said it was ‘so wrong’, while a third added: ‘Looks rank’.

Others suggested the food is ideal when you’re enjoying a raucous holiday in the resort that’s much-loved by Brits.

One holidaymaker wrote: ‘Perfect for coming home in the early hours when you can’t decide whether it’s supper or breakfast time.’

Earlier this month, pizza takeaway giant Domino’s caused controversy when it announced the launch of a pizza topped with tinned spaghetti.

The chain has even made the treat a little tastier by adding chunks of pineapple to the limited edition offering. 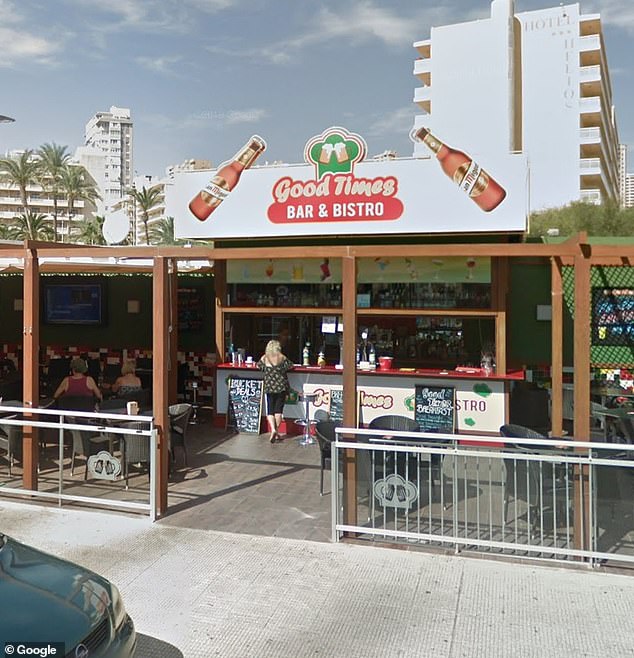 ‘We’ve officially added Hawaiian spaghetti pizza to our menu for a limited time only, with help from our friends at Wattie’s NZ (no April Fools this time),’ the company announced.

News of the new pizza, which for now is only available in New Zealand,  has been met with plenty of interest. However, it would seem social media is split with some commenters saying they can’t wait to try it and others insistent the two ingredients should never mix.

‘I have made my own pizzas using spaghetti and pineapple… love it!’ Said one. 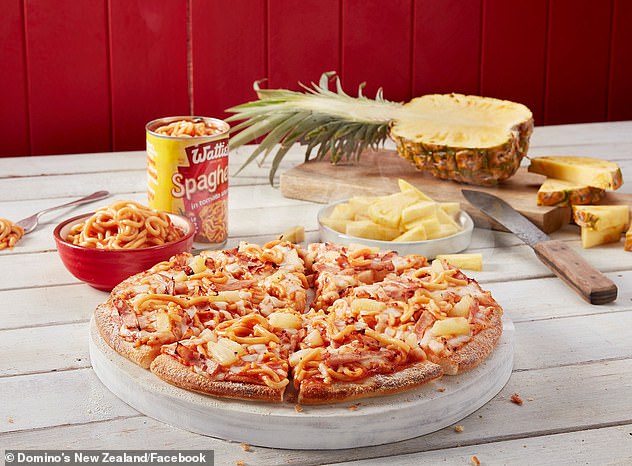 Another said: ‘My childhood right here when mum was too lazy to cook a proper meal. I even do it for my kids sometimes too.’

‘Spaghetti on a pizza is actually really nice. Should do one with beef mince and cheese. Spaghetti bolognese pizza,’ a third said.

A fourth said: ‘Look mum, it’s the pizza’s you used to make us when we were little.’

While a classic Hawaiian pizza traditionally comes with pineapple and ham, some said the addition of spaghetti was a bridge too far.

‘Um no thanks, spaghetti doesn’t belong on a pizza!’ said one Facebook commenter.