A WOMAN shared the crucial backup plan she says every wife should have if their marriage goes downhill after her own husband cheated on her.

An anonymous TikTok user admitted that, despite having forgiven her man for his previous infidelity, she is already prepared for the eventuality that he may do it again. 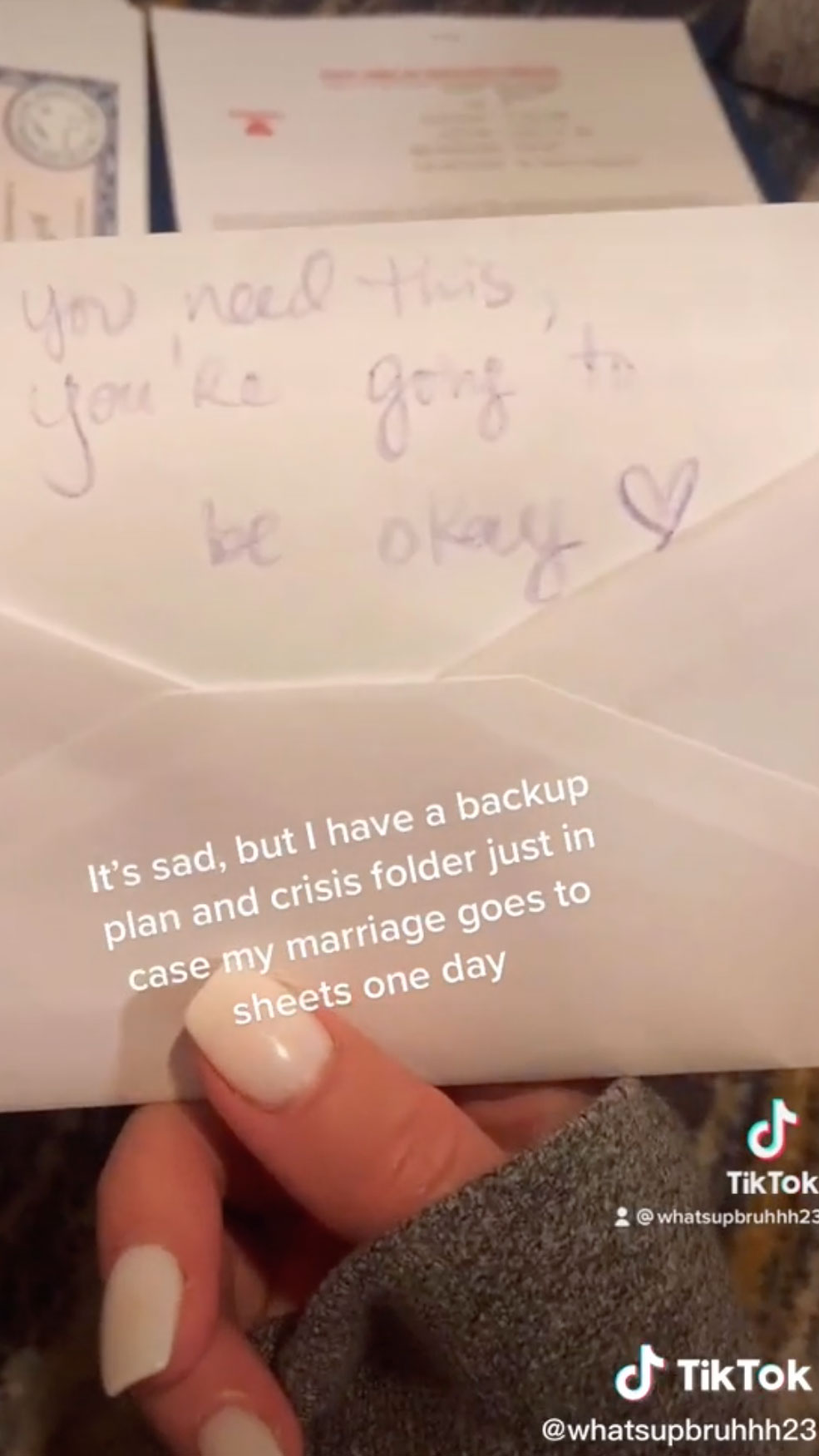 She shared her insight on TikTokdidn't fully trust that her marriage could survive another life-changing obstacle.

In the video, the user wrote: "It's sad but I have a backup plan and crisis folder in case my marriage goes to sh*t one day."

The married woman went on the show hundreds of dollars in cash inside a white envelope, while she also had a copy of her marriage license, her passport, and a passport card inside a blue folder.

In the comments, she further explained the contents of her crisis folder, saying she had her social security card, birth certificate, cash, a credit card, the log-in information for their joint bank account, and health insurance cards. 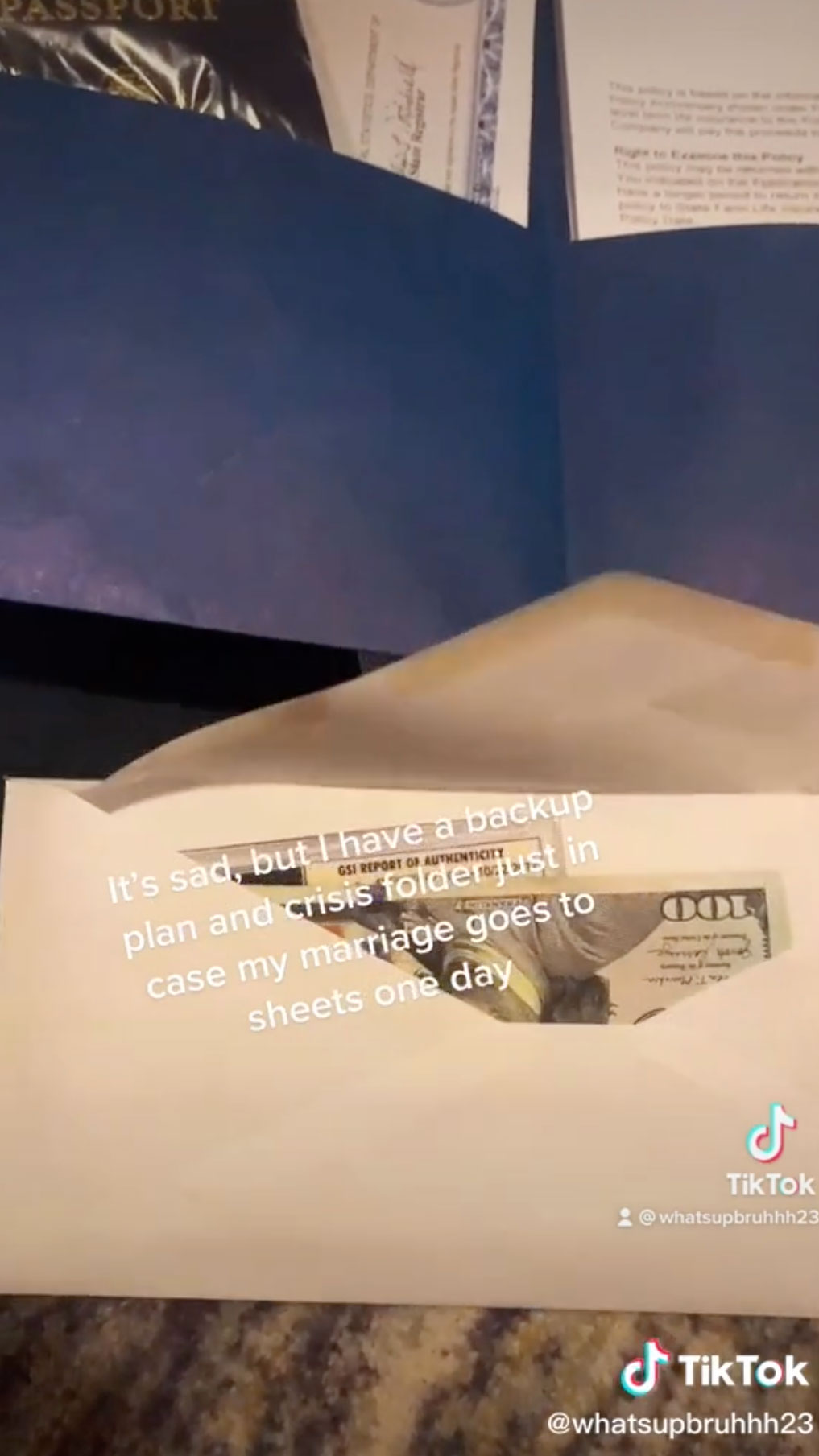 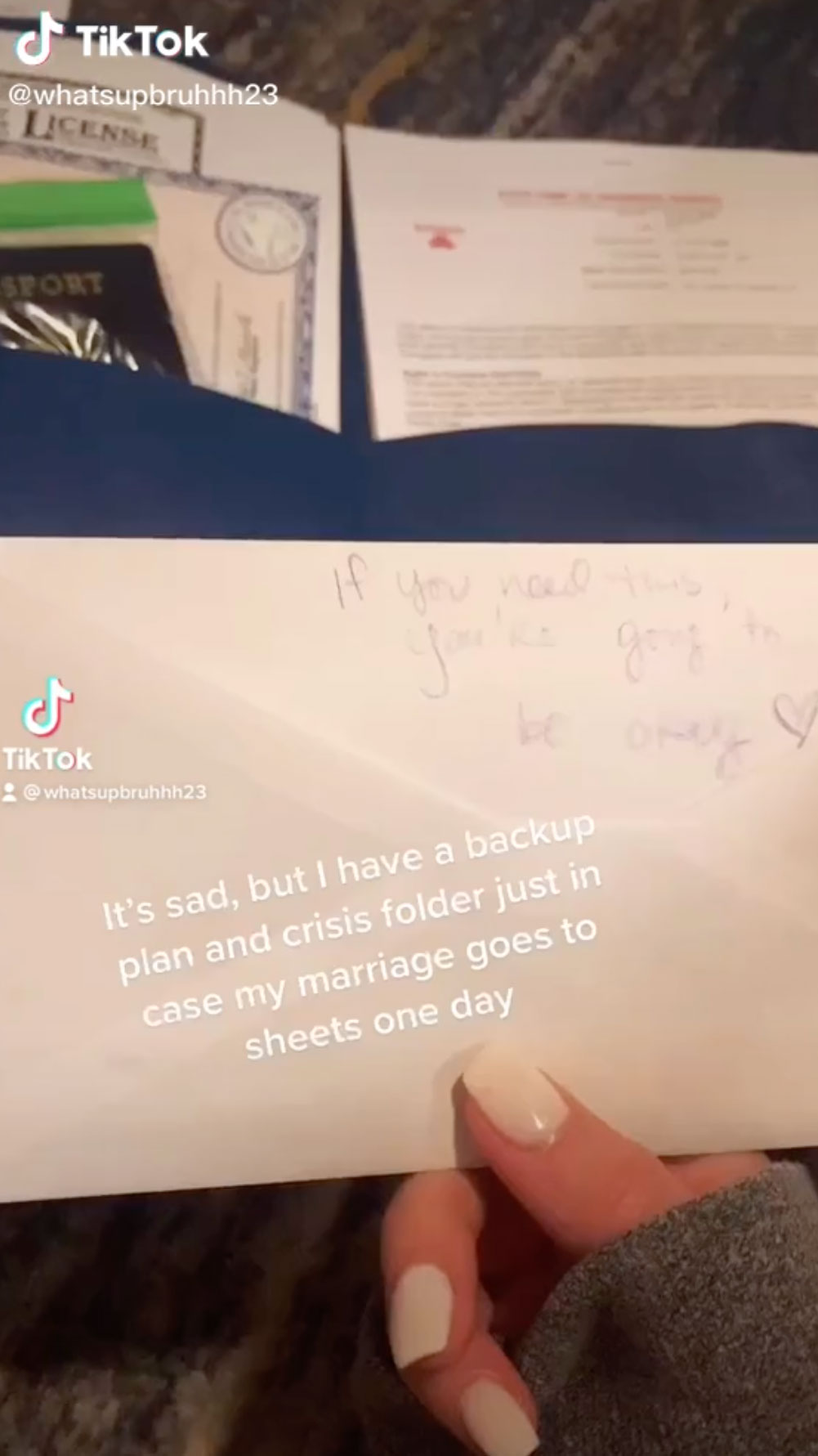 She also revealed she has the bank account and routing numbers written down.

Additionally, she suggested that women who have a crisis folder take out $10 or $20 as cashback during grocery runs and stash the money they get for their birthdays or any other gift-giving moments.

She also recommended that women have a separate bank account where the paperwork is sent to a trusted contact. In her case, the bank sends it to her mother's house.

Many women took to the comment section to praise her for thinking ahead and being ready for anything.

They also claimed that this would be a good idea to have in case they go missing or there's a natural disaster that would require them to leave their home behind. 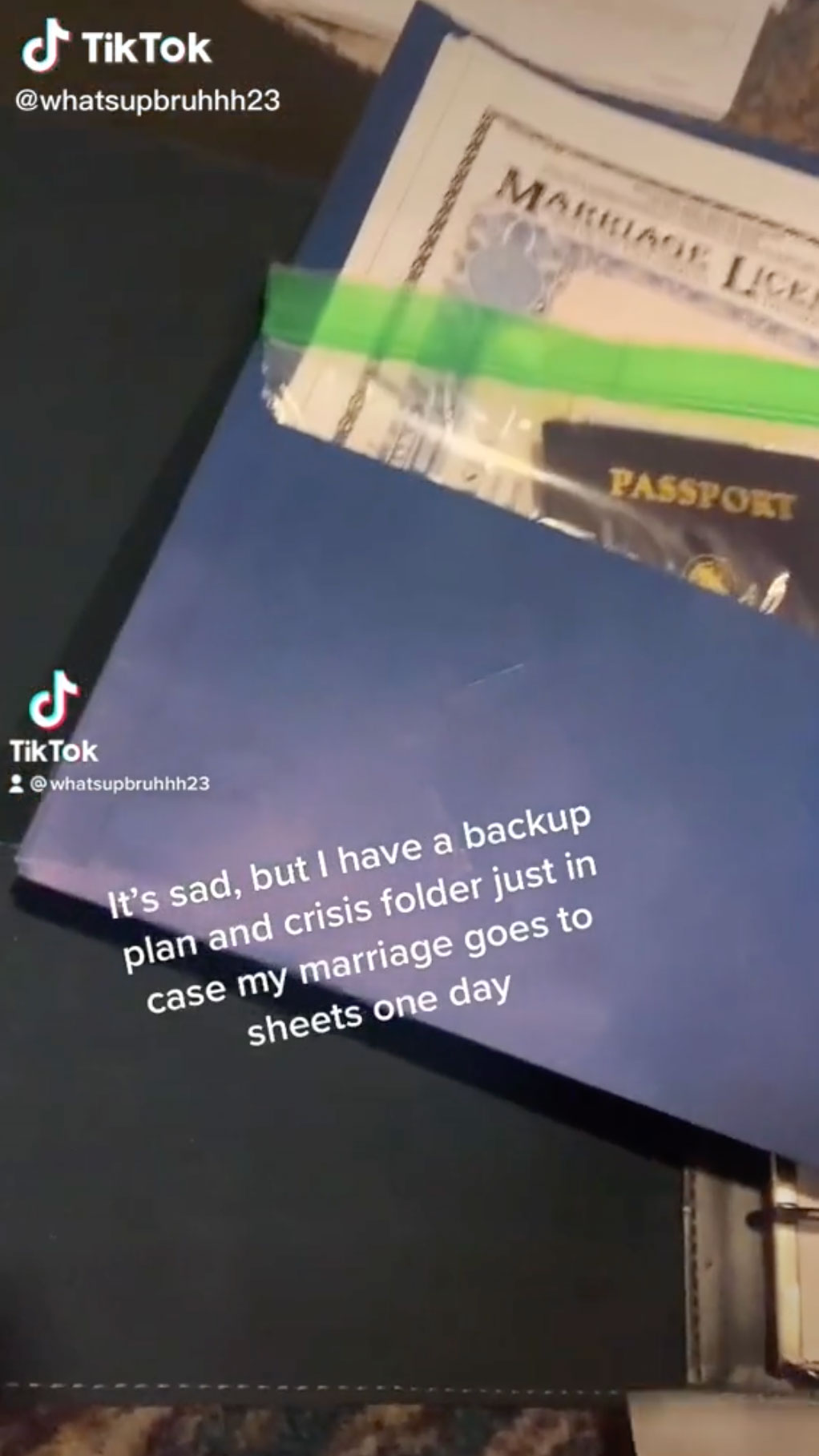