The fact that she is now a Disney character didn’t hit Kirby Howell-Baptiste until the press tour for “Cruella,” when journalists started asking her how it felt to join the ranks of Disney legacy.

“I was like, ‘oh my God, I never for one second really thought about that,’’ says Howell-Baptiste, over Zoom from her quarantine in London, having just flown in from Los Angeles. She signed on to the “Cruella” reboot, starring Emma Stone and out now, because it felt like a really great, interesting project — and felt nothing like something we think a Disney movie might look like.

The 34-year-old Londoner plays Anita Darling in the new film, which is hoping to draw larger audiences back into theaters for the first time since the pandemic began.

Stores Reopen for Shoppers in LA and NYC

“I think that was what was so attractive to me was that none of these people would be the names that you would mention in the same breath as a Disney movie,” she says. “And I knew that because of that, it would make this project really exciting.”

The scope of the movie, which is only now hitting her as the film heads out into the world, was never of importance for Howell-Baptiste.

“In general, I do not think I even really consider the scope of it before I get involved. It is just ‘does it seem like a fun project? Is this something I’m going to enjoy working on for three or six months?’ And that is how I go about it.”

She was of course familiar with the 1996 Glenn Close classic, but in general felt she wanted to make this Anita Darling her own, and based her portrayal more on what a journalist in London in the 1970s might’ve been like. 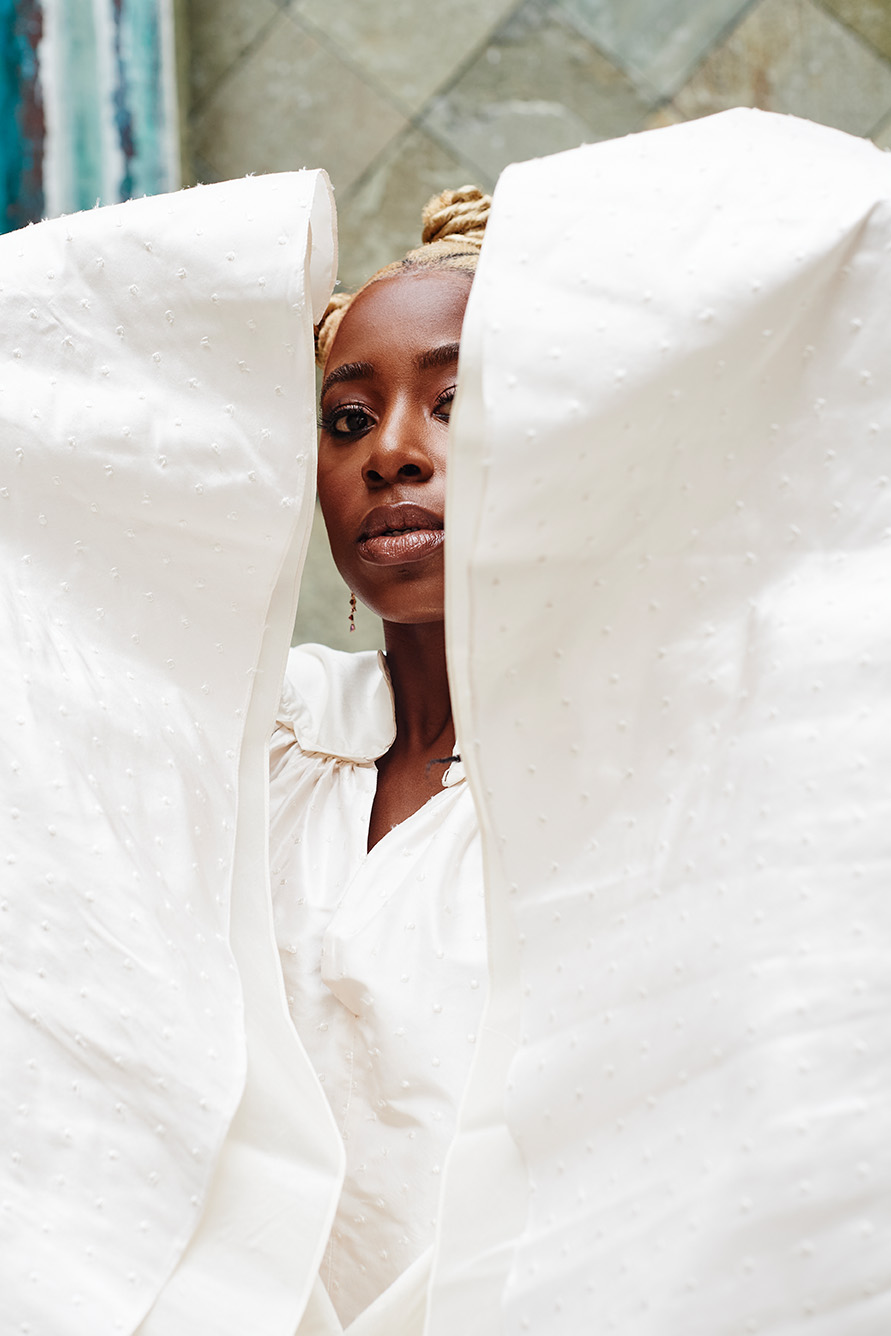 Howell-Baptiste got her start in acting when her mom, needing a way to occupy her, signed her up for a community theater class around the age of 10.

“The moment I went to that class, immediately after leaving, I knew I wanted to be an actor,” she says.

Her career has already spanned a variety of projects, including “Why Women Kill,” “The Good Place” and “Killing Eve.”

“I am always looking to kind of diversify my portfolio, not just for the sake of it, but just because that’s interesting to me,” she says. “I went and did ‘Why Women Kill’ right after I had done ‘The Good Place’ and those are so different tonally.” On her wish list is an action movie, but in the meantime she’s adding another large-scale project to her résumé: she was just announced in the casting for the TV adaptation of the “The Sandman” comic, portraying the character Death.

“Similarly to ‘Cruella’ where I don’t think I realized the scope of something, I read ‘The Sandman’ years ago and became a Neil Gaiman fan because my ex introduced me to his work and I loved it, and obviously did not think anything more of it,” Howell-Baptiste says. “But this audition came about and I remembered this character Death because of the way she looks: like a goth, but she is so different to the sort of standard personification that you see, which is the Grim Reaper, doom and gloom, all of that stuff. She was really welcoming and sort of the person you would want to usher you into the afterlife. And I remember thinking it was just such a cool character.”

Ever since the casting was announced on Wednesday, she’s been inundated with texts from people she hasn’t heard from in years, professing their love for the comic. “I truly did not understand how far-reaching this material was, how many people it had affected, which has been lovely to see,” she says.

Between “Cruella” and “The Sandman,” Howell-Baptiste is quickly becoming a regular face in Hollywood’s biggest projects. She’ll also be seen in her first leading role in the film “Queenpins,” opposite Kristen Bell, which will be out in the coming months, during which time the actor will begin to plot her next move.

“This can be a really daunting place for an actor when you do not know what your next job is, but it is quite a comfortable, happy place for me because I like the possibilities,” she says. “I like sort of going, ‘I do not know what I am going to do next.’ We will see what comes along.”

More from the Eye:

Watch Out for Måneskin at This Year’s Eurovision Song Contest

5 New Rooftop Bars to Toast the Start of Summer