THE furlough scheme is due to end from November with the government already starting to wean off its support.

But trade bodies and top politicians have called for an extension of the scheme, which had helped 9.6million people at its peak last month. 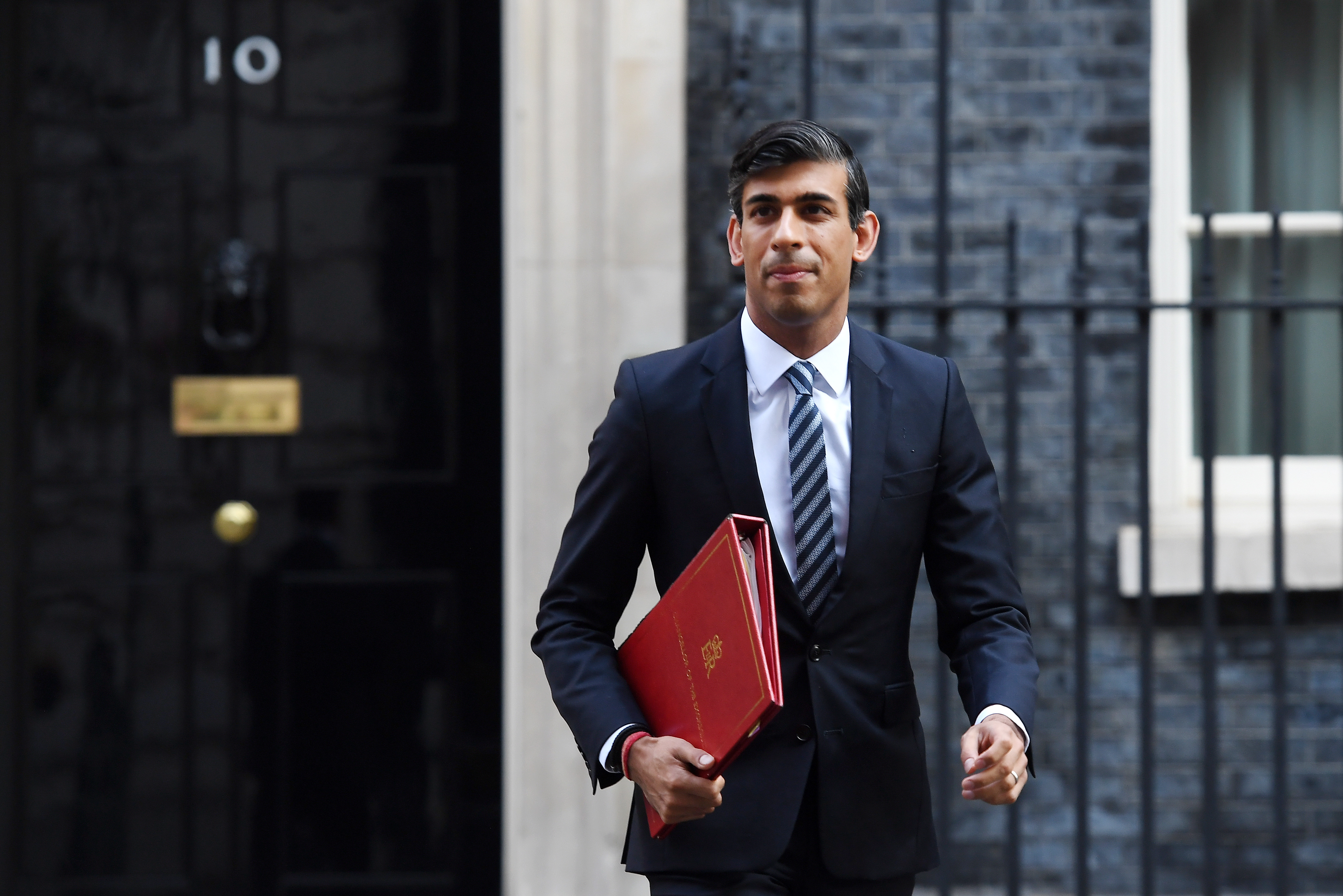 We explain everything you need to know about the future of the furlough scheme and if there'll be a replacement.

When will the furlough scheme end?

The furlough scheme will come to an end on October 31.

When Chancellor Rishi Sunak first announced the scheme on March 20, he said it would only last until May 31.

But since then, the government has announced two extensions of the furlough support, meaning that businesses can still take advantage of it until the end of October.

How has it changed since its launch?

When it first launched, the coronavirus jobs retention scheme paid 80% of wages of furloughed workers – up to £2,500 a month.

Under the changes to the scheme, furloughed workers could then be brought back part-time from July.

From August, employers had to chip in to pay for national insurance and pension contributions for furloughed staff.

And from October 1, the government's contribution will fall to 60% of wages before the scheme ends on October 31. 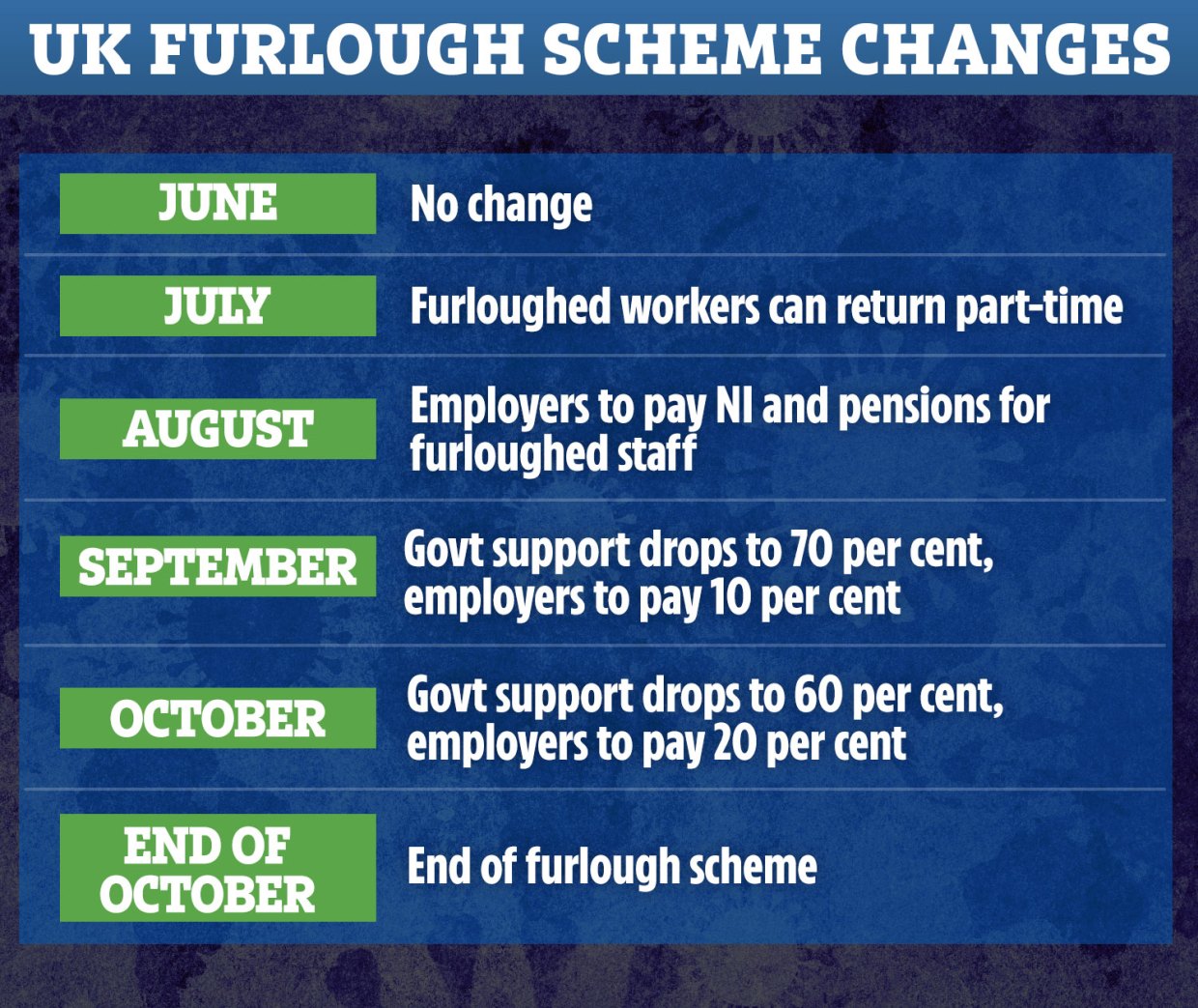 Will there be a replacement scheme?

Employment experts have warned that withdrawing the scheme could put thousands of jobs at risk.

Earlier this month, manufacturers’ organisation Make UK said the scheme must be extended or warned that the UK will face "second wave" of job cuts.

Meanwhile, the powerful Commons Treasury committee recently also said Mr Sunak should consider a "targeted" extension to the furlough scheme for industries such as pubs.

Yet the government has so far ruled out an extension of the support.

What to do if you’re facing redundancy

LOSING your job can be incredibly stressful, we explain what you should keep in mind.

Although Mr Sunak today hinted that the Treasury is looking at a new raft of measures to ensure people aren't left struggling to make ends meet.

Chancellor Rishi Sunak said: "Unemployment – and importantly helping people get back into, or finding new work – is my number one priority.

"Indefinetely keeping people out of work is not the answer.

"But rest assured we will be creative in order to find ways of effectively helping people."

It comes after Keir Starmer, the Labour party leader, today urged the government to hold job talks with his party, trade unions and businesses.

In his speech at this year's Trades Union Congress conference, Mr Starmer said the government should use a "bit of imagination" to create "new targeted support that can replace the job retention scheme".

He added: "Imagine how powerful it would be if we all shared a national plan to protect jobs, create new ones and invest in skills and trade."

To try and prevent job losses the government has promised employers a new £1,000 bonus for each furloughed worker that is rehired and employed continuously through to January 31, 2021.

The government has also unveiled the kickstart scheme aimed at getting hundreds of thousands of unemployed young people into work.

Businesses forced to close in local lockdown areas have also been given an extra boost and are able to claim £1,500 grants every three weeks.

The latest unemployment data released today show 695,000 people are out of work since March.

The Office for National Statistics (ONS) said the unemployment rate increased to 4.1 per cent in the three months to July, up from 3.9 per cent last quarter.

Taking into account August's figures, another 36,000 jobs fell off payrolls last month as the coronavirus crisis continued to impact the labour market.