The best dressed at Oscars 2022: Zendaya, Jessica Chastain and more

The mea culpas are going to come post-Oscars.

Page Six has exclusively learned that Will Smith and Chris Rock are expected to work out their issues after the now-infamous slap at an event after the awards show.

Both are expected to attend the annual Vanity Fair Oscars bash, but it’s unclear if they’ll make amends before or during that soirée. But party sources tell us that moments after Smith “smacked the s–t” out of Rock, security immediately started strategizing because Smith had 20-plus attendees in his party.

Sources at the Academy Awards also told us after the slap seen ’round the world that everyone backstage “thought it was a joke and not real.”

Sean “Diddy” Combs, who took the stage after the incident, had to pivot his speech and “went back up to lift the room.” We’re also told Diddy talked to both Smith and Rock who agreed to make amends later in the evening.

In a twist only the Academy could script, Smith ended up winning Best Actor for his role in “King Richard” minutes after he assaulted Rock over a joke about his wife Jada Pinkett Smith’s alopecia.

“Richard Williams was a fierce defender of his family,” he said during his emotional speech. 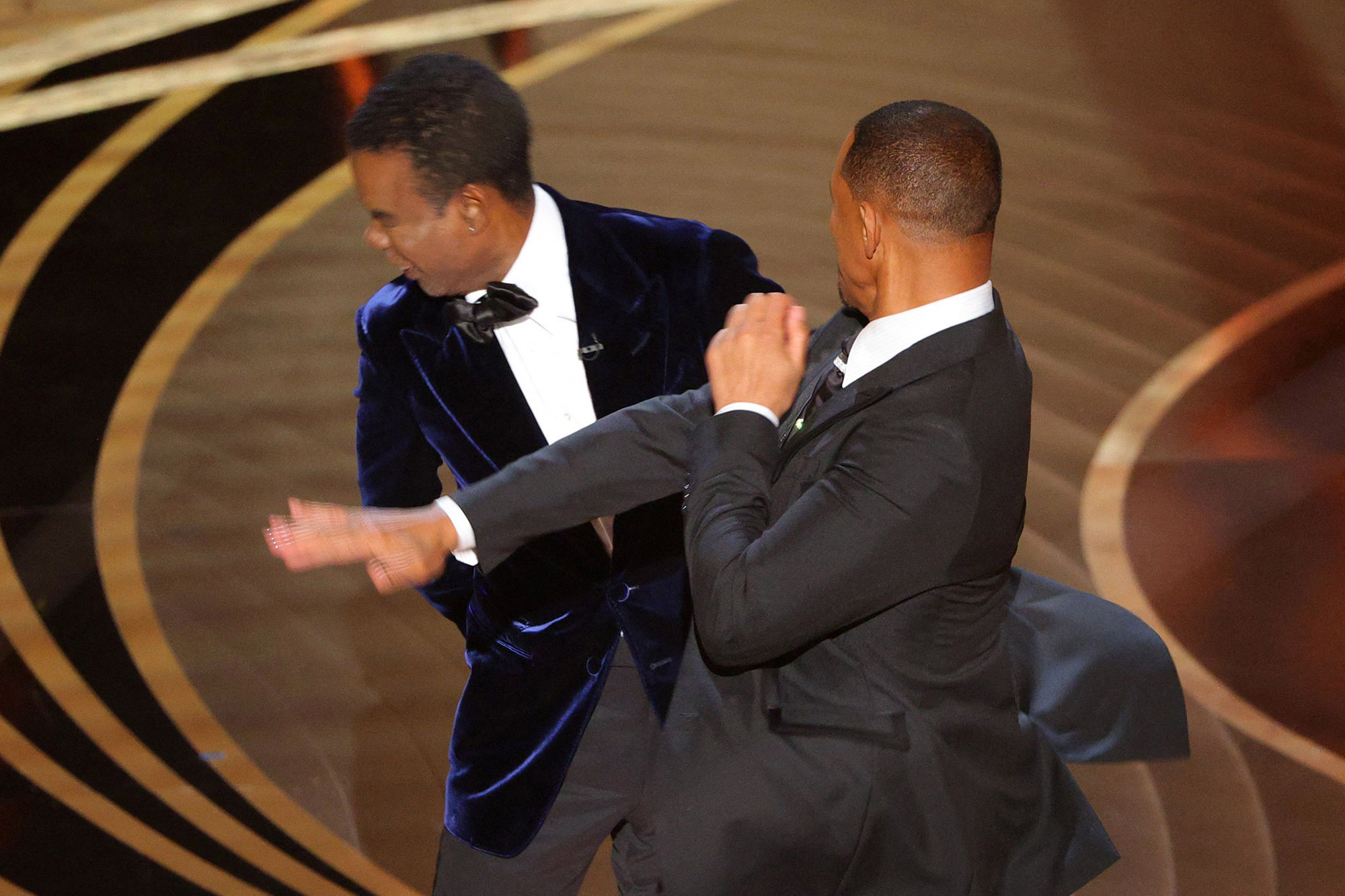 “In this time in my life, in this moment, I am overwhelmed by what God is calling on me to do and be in this world. Making this film, I got to protect Aunjanue Ellis, who was one of the most strongest, most delicate people I ever met. I got to protect Saniyya (Sidney) and Demi (Singleton), the two actresses that played Venus and Serena. I’m being called on in my life to love people and to protect people and to be a river to my people.”

Smith also said he had to suffer disrespect in his career.

“You gotta smile you gotta pretend like that’s OK,” he said.

Smith, 53, didn’t mention the “Grown Ups” star by name throughout his speech but vaguely alluded to their scuffle and apologized to everyone but Rock.