Widow, 68, breaks down in tears as she reveals she has been left homeless after losing her job at a church on Channel 4’s Council House Britain

A widow breaks down in tears as she reveals she has been left homeless after losing her job in a church on Channel 4’s Council House Britain tonight.

Yvonne, 68, originally from Malta, appears on the programme, which airs at 9pm, as she applies for temporary accommodation and confesses to being desperate for help.

The widow, whose husband died 20 years ago, reveals she lost her job and accommodation at her local church in London when her vicar retired, leaving her sofa-surfing with friends.

During the programme, she breaks down in tears as she confesses she feels she is running out of options, saying: ‘When you come to a certain age in life and you’re still not stable then…I thought I was but then you realise you’re not…I don’t know what to do.’ 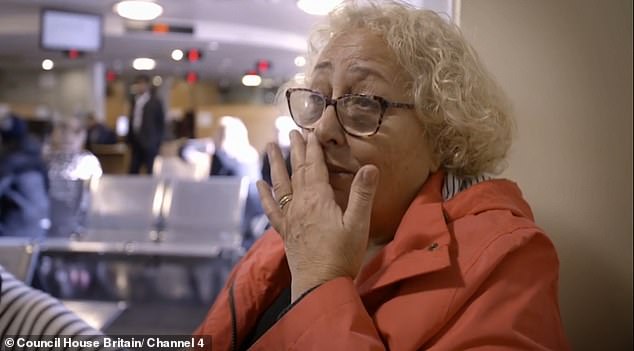 Yvonne, 68, originally from Malta, breaks down as she reveals she has been left homeless after losing her job in a church in London on Channel 4’s Council House Britain tonight

Yvonne, who has lived in London with her husband since they married in the 70s, says she never expected to be homeless.

She reveals: ‘When you’re married to someone – the freedom! I had a nice house when I was married, I was happy, I was doing very well.

‘We went abroad for a while and then we came back, because my husband had been in England for 55 years. Then he died.’

Twenty years after his death, Yvonne picked herself up and found work and accommodation with a local church, revealing: ‘I used to help set up the church up for masses, and make sure the church was clean and all the congregation to be comfortable. 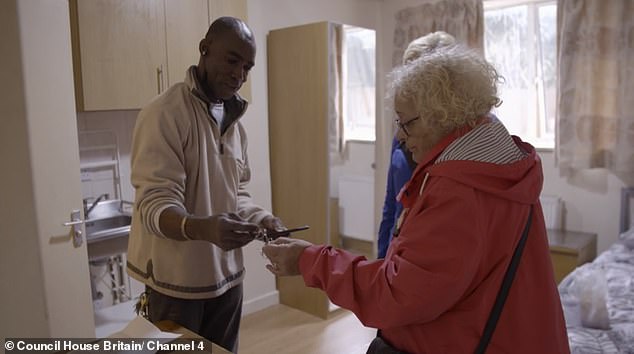 The pensioner, whose husband died 20 years earlier, is housed in temporary accommodation while she waits for the council to find her something more permanent

‘I was living like a family. It was lovely, it was nice. I enjoyed that – I did it from the heart.’

However the vicar retired last year, meaning Yvonne not only lost her job but also her home.

Ever since then, she has been relying on friends yet, at nearly 70 and with ailing health, she’s too old to be sofa surfing.

She is helped by a close friend as she applies for temporary accommodation, and reveals: ‘I am confused sometimes I can’t even think straight and I think – are these things happening to me.’ 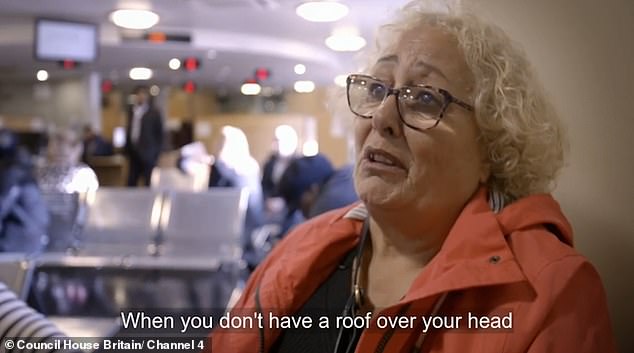 Speaking about her former job at a church, Yvonne becomes teary eyed as she says she never expected to be left homeless

Her friend Zana explains: ‘She’s running out of options on where to stay and I think it’s time she gets some help.’

Meanwhile a weeping Yvonne is overwhelmed with emotion as she tries to explain her accommodation worries, saying: ‘It’s hard when you don’t have a roof over your head…’

She adds: ‘I don’t want a villa on a mountain, all I want is a bedroom to chill, and a bathroom. So that’s what I’m hoping for.’

She applies for temporary accommodation, saying she can’t have stairs because she has had operations on her knee. 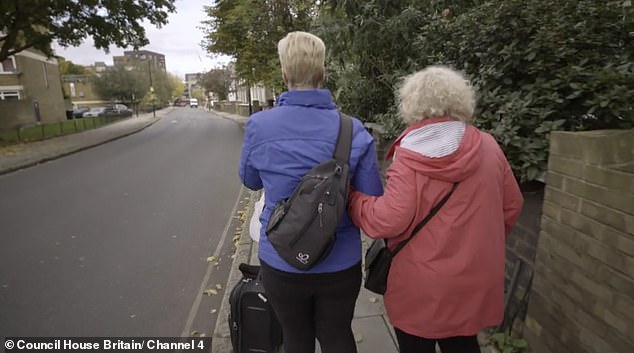 Yvonne is accompanied to her temporary accommodation by her friend Zana, who says she feels she should ‘get some help’

The officer in charge of her case, Aio, explains: ‘I used to think, “Oh yeah they didn’t get a job and that’s why they’re homeless” but that couldn’t be further from the truth.

‘Since I started working here, there’s all kinds of reasons you could be homeless and it doesn’t even need to be your fault.’

Aio has the big task of finding suitable accommodation for her so that she has somewhere to live and calls it ‘an impossible job.’

He confesses: ‘We sometimes don’t have enough properties to supply everyone who comes in. I have literally run out of what I can offer.’ 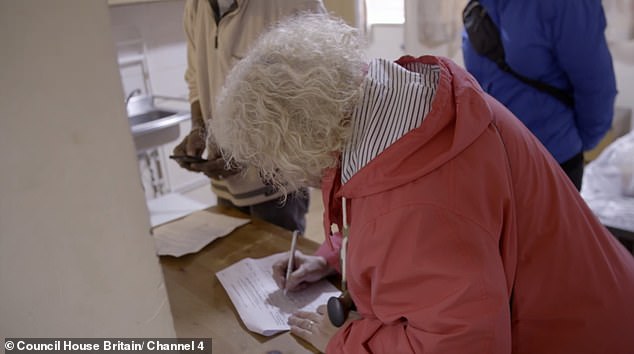 She signs the contract on a small studio flat in a hostel, although she later admits she feels ‘lonely’ in her new apartment

He tells the camera he is having ‘more roadblocks’ in trying to find a property for Yvonne and has had ‘no’ apartments that fit Yvonne’s requirements.

Finally, Aio  manages to secure a ground floor studio within a hostel, after asking a pregnant woman to move up into a room on a higher level.

Her new temporary accommodation is a hostel with 10 basic en suite rooms, which will act as a stop gap for Yvonne while her housing application is processed.

She says: ‘Yes I’m happy, and I’m getting very nice and cosy in here. I’ll be okay.’

Later, Yvonne is seen settling into the bedset, saying she ‘loves everything nice and clean’ but is counting down until she can move into a more permanent  accommodation. 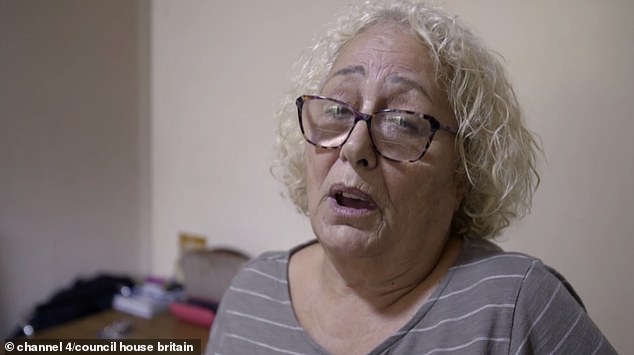 Yvonne later confesses she regrets living life in a carefree way, saying she never thought she would find herself homeless

She explains: ‘It’s just a very confined space. It’s a very lonely life and now I understand when people say “I’m homeless”. I never thought what they were going through.’

‘At the moment, we don’t know what’s going to happen in a couple of hours, tomorrow, tonight. I never thought about that.

‘I would have done things differently but it’s too late now isn’t it? Because here I am.’