Adele faced claims of cultural appropriation after posting photo in recognition of the Notting Hill Carnival, which was cancelled because of the ongoing coronavirus pandemic. 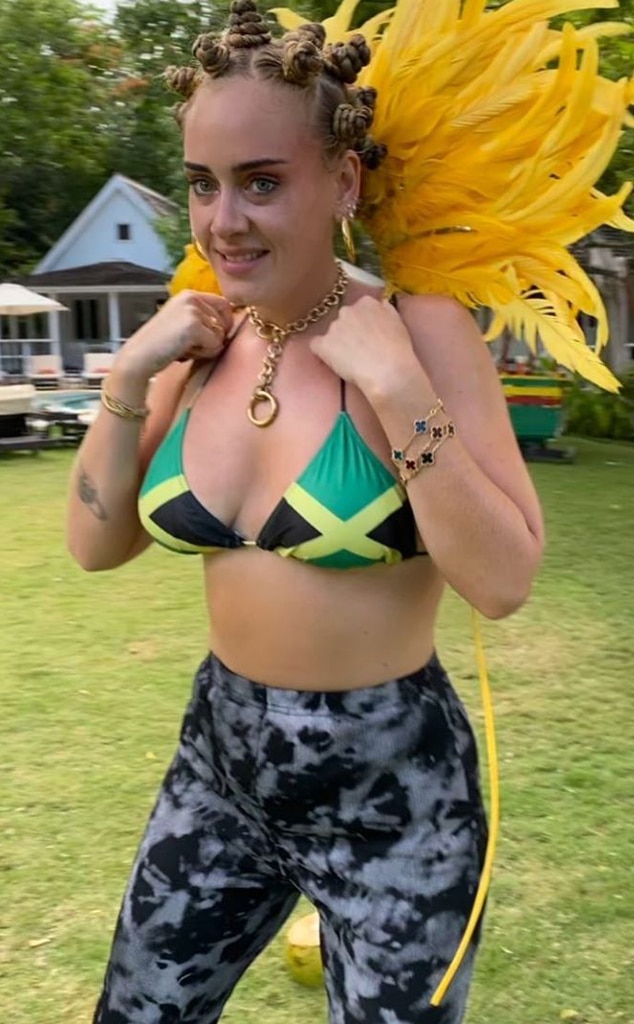 On Sunday, Aug. 30, the artist shared an Instagram post lamenting the cancellation of Notting Hill's Carnival, an annual event celebrating Caribbean and Black communities in the United Kingdom. She captioned the photo, "Happy what would be Notting Hill Carnival my beloved London."

In the picture, presumably taken at last year's celebration, the singer wore a bikini top with the Jamaican flag, black and white tye-dye leggings and yellow wings. She also had her hair in Bantu knots, a traditional African hairstyle.

Despite Adele's good intentions, people across social media took issue with the star's appearance in the picture, accusing her of cultural appropriation.

One Twitter user remarked, "If 2020 couldn't get anymore bizarre, Adele is giving us Bantu knots and cultural appropriation that nobody asked for. This officially marks all of the top white women in pop as problematic. Hate to see it."

However, one person came to the 32-year-old's defense in a response to journalist Jemele Hill, writing, "The Notting Hill Carnival that takes place at this time of year is a celebration of West Indies heritage in London/UK. Adele grew up in Tottenham, one of the largest Jamaican diasporas in the UK. This seems a strange thing for Americans to now get offended about."

Meanwhile, the singer's celebrity friends are paying no mind to the debate over her look. Lisa Rinna hyped up the star, commenting on the post, "You just broke that internet Henny."

Similarly, Chelsea Handler chimed in with a "Oh, yeah, baby!"

For the past year or so, the singer's appearance has sparked chatter ten times over, especially since she likes to keep her followers on their toes with her sporadic social media posts.

In May, Adele reacted to comparisons to Sarah Paulson, telling SiriusXM's EW Live that she was shocked and flattered by the conversation on social media. "Listen, I'll take it," she said. "I mean, what I wish they were comparing was my talent to her talent and saying that mine was as great as hers, which quite honestly they can't say because no one's talent is as great as hers, which is really irritating. But I'll take looking like her. Man, she's a beauty. So, sure. Great. Give it to me. I'll take it."