What’s your best body age? As a study says women grow more physically confident with age – with 60 being the peak – several writers reveal how they feel about their changing physique

When were you happiest in your body? Surprisingly, it’s not always the halycon days of gravity-defying, smooth-skinned youth that have us looking back wistfully, according to new data.

Researchers in Australia and New Zealand asked 15,264 people aged from 18 to 94 to rate how happy they were with their body image.

While women aged 19 to 24 were often unhappy with how they looked, they were much more content when they reached 60, the research revealed.

Similarly, men suffered a dip in self-esteem between 29 and 34, and between 44 and 49. But their confidence began to rise as they approached their 60th birthday and continued to increase.

But is that really true? FEMAIL writers reveal their best body age. 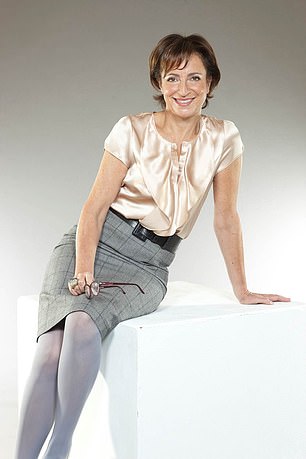 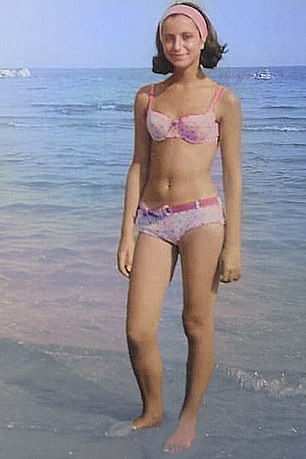 Linda Kelsey, now 69, said that at age 14, ‘without belly nor boobs to speak of’ she felt free of body consciousness and became comfortable in her own skin again in her late 50s. Pictured: Kelsey aged 60 (left) and age 14 (right)

The sweetest spot for me, as far as body satisfaction is concerned, was aged 14, a time when I barely gave a thought to my image. Having neither a belly nor boobs to speak of, I was free of those troublesome pre-occupations.

Then, adolescent angst and self-consciousness came knocking and suddenly I urgently needed longer legs, a smaller waist and a C rather than A cup.

Those nagging dissatisfactions hung around for decades, from my late teens through to my 50s, and I couldn’t help scrutinising my faults and envying others’ seeming advantages.

Then a curious thing kicked in. After the end of my marriage and starting a new relationship around the age of 57, I began to feel increasingly body confident, boosted as I was by the appreciation of my new partner. I also started to exercise more, striding out on long, daily walks, using a cross-trainer and taking up Pilates.

So by the time I reached 60, I realised that even as my skin thinned and my wrinkles multiplied, I felt more comfortable in my skin than when it had been super-firm. And once again I felt the liberation I’d last experienced in my early teens.

Now I’m pushing 70 and that more positive feeling lingers on, though only just. That’s not to say I don’t notice the sagging bits and the blobby bits; more that I don’t care in the way I used to.

The other day, as I walked away from the breakfast table, dressed in skinny jeans, a sleeveless vest and trainers, ready for my daily constitutional, my partner called after me: ‘You do look young from behind.’

I resisted the temptation to ask: ‘Yes, but what about from the front?’ and left the house with a smile on my face.

THIS PHYSIQUE IS MY BEST FRIEND 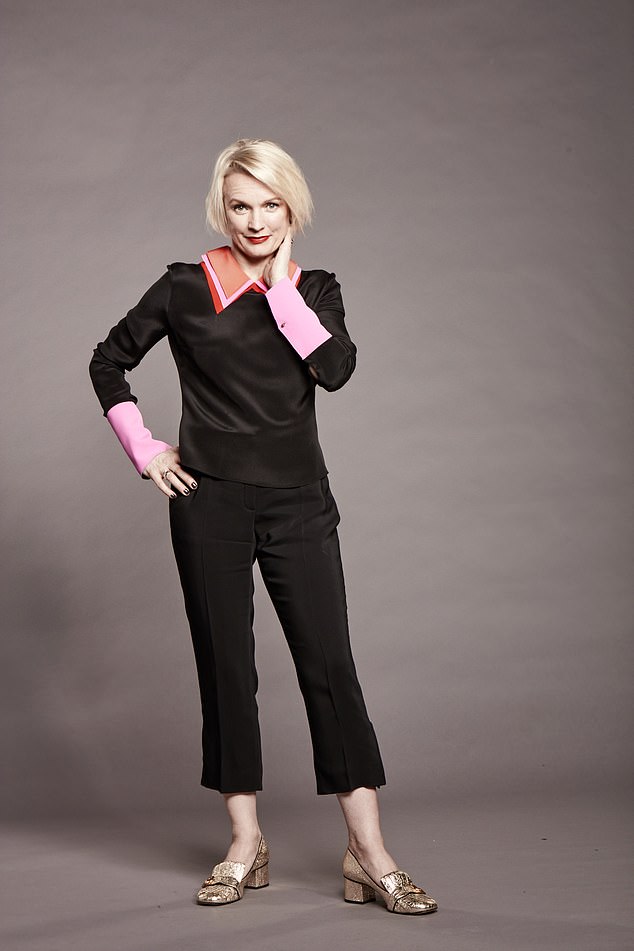 Lorraine Candy on her late 40s body: ‘For most of my life, I simply haven’t given my body shape or size much value. But when I hit 48 that changed. Peering down the barrel of 50 I had a surprise and unlikely revelation. I had come to really love my body. Not because of what it looked like, but because of what it had done for me.’ Pictured: Candy aged 48

I have always been ambivalent about my body. Sure I’d love a couple of extra inches in height and I occasionally peer at J-Lo’s gravity defying buttocks with envy, but that aside I’ve accepted I’m genetically lucky to be a short, size 10 woman.

And for most of my life, I simply haven’t given my body shape or size much value. But when I hit 48 that changed.

Here I was in the last-chance saloon of looking vaguely youthful when I realised that didn’t matter any more. I loved being in my body like I loved spending time with good friends.

It had taken me through four pregnancies, one at the age of 43, it had stayed strong during my manic midlife crisis of exercise experiments with boxing, riding, running and long-distance swimming.

It had always been there for me, even through the riotously unhealthy rave-filled booze-fuelled 1990s.

I remember being in the shower one day, doing the death maths on my time left, and saying ‘thank you’ out loud to my body, cherishing it like a valuable possession and wondering why I’d not been more positive about it.

This body has seen me through more than half a century of mothering, working and careless living. And I couldn’t ask for anything more.

MY PRE-WEDDING IMAGE WAS MY BEST 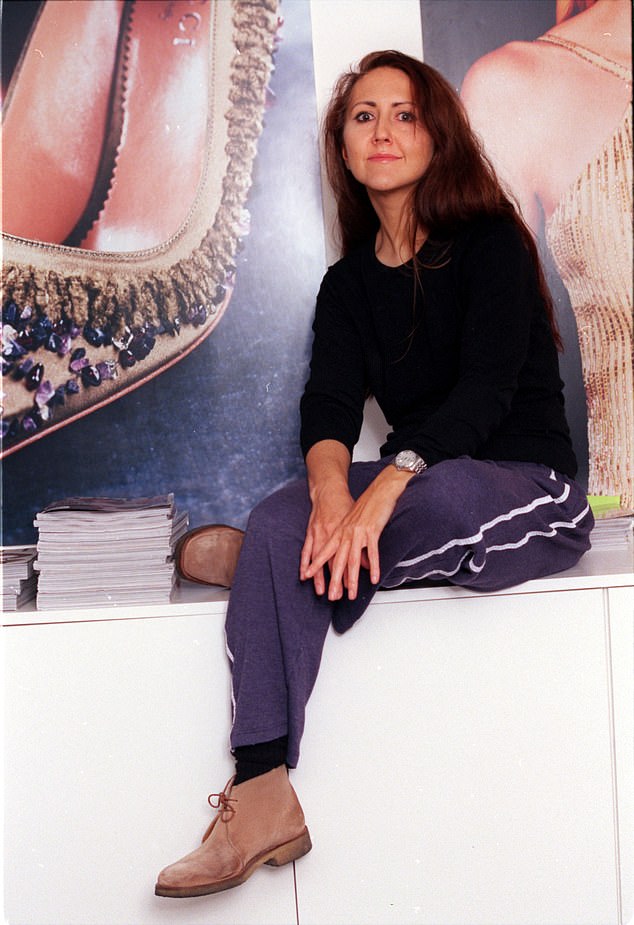 Last week, my ex-husband wrote a chippy piece in a broadsheet bemoaning our ‘age gap’ marriage (I was 16 years his senior). So, I dug out this photo, taken when I was 41, and a few months before we met. Not so shabby, eh?

The picture was taken in my office at Marie Claire, where I was editor-in-chief. I was in my prime. I knew it then, I know it now. I have newly veneered teeth: I’d ruined the enamel by surviving throughout my 20s on a diet solely of Cox’s apples, four a day, due to my lingering anorexia.

I have a body honed by Pilates classes, and I was eating healthily. My hair is expensively dyed. My skin is great: the adult acne cured by an impending menopause.

What is most attractive about me then is that I look relaxed, but also full of hope, and possibility. After a long, hard slog to the top I had arrived, and I had the body — and wardrobe; it was stuffed with designer clothes; on my wrist is a Rolex — to match. I have long, elegant, expensively tanned fingers. Perfectly pedicured feet.

I was so confident I even dressed down in the office: it was a Friday, and I was about to get on a plane.

Of course, liking my body didn’t last long. My marriage collapsed and my new-found confidence with it. My face soon, over the next few years, became strained and anxious. My eyes became wide and watchful, looking for the next disaster. But here I am. Posed, poised for my next adventure.

Who knew that someone who looked like this was going to crash and burn?

RIGHT NOW IS THE BEST ME 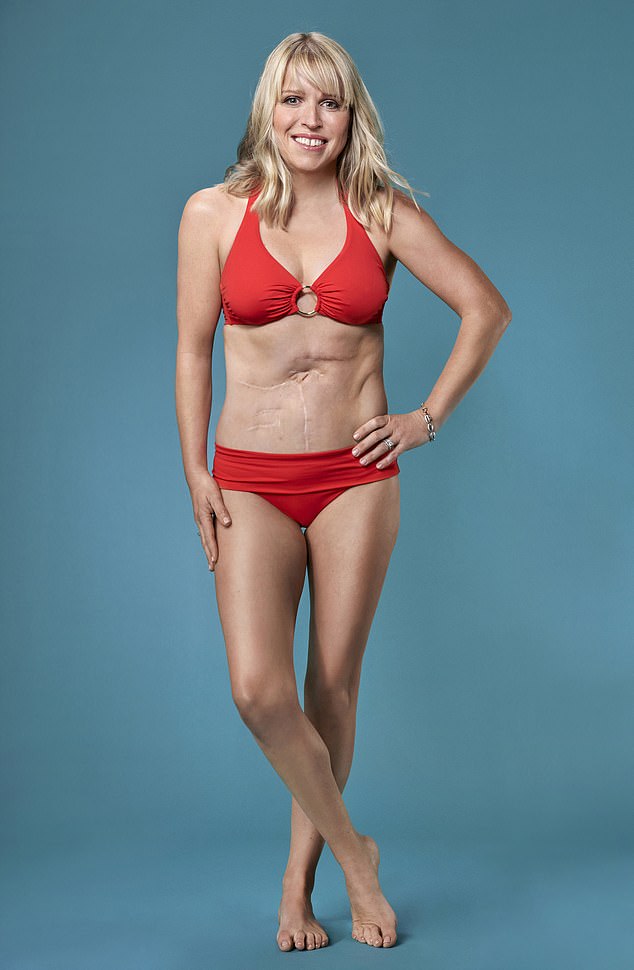 Kitty Dimbleby on her current body: ‘My health is still an issue, but instead of feeling rage against my body I’m grateful to it. It’s not only survived against the odds but also carried and given birth to two amazing (IVF) children. I’m proud of it, and finally really love and appreciate it.’ Pictured: Dimbleby aged 41

I look back at photographs of me in my 20s and can’t understand why I didn’t walk around naked all the time.

Of course, it wouldn’t have been practical, British weather and all that, but I should’ve shown off my perky boobs, slender waist and limbs at every opportunity.

But despite having youth firmly on my side I covered up on the beach and was brutally critical of what I saw in the mirror.

Many young women feel similarly, but it didn’t help that multiple surgeries when I was younger had left me with a stomach covered in scars.

I was deeply self-conscious about them. Being very unwell as a child and teenager made it hard to like the body I felt had failed me, let alone love it.

Twenty years on and my health is still an issue, but instead of feeling rage against my body I’m grateful to it. It’s not only survived against the odds but also carried and given birth to two amazing (IVF) children. I’m proud of it, and finally really love and appreciate it.

I’m only 18 months into this, my fifth, decade but I can confirm that my 40s are proving to be my best body age.

It also helps that I’m far fitter than I’ve ever been, having discovered the joy of exercise a few years ago. I love lifting weights, swimming, running and paddleboarding, and am in awe of what my body can do.

Most importantly, I hope the childhood memories of my five-year-old son and eight-year-old daughter — of Mummy being in pain or in hospital — will be crowded out by those of me playing with them on the beach, taking them swimming or running round the park. Lastly, I’m wearing a damn bikini, and I’m rocking it.

I FOUND MY SUPERPOWER 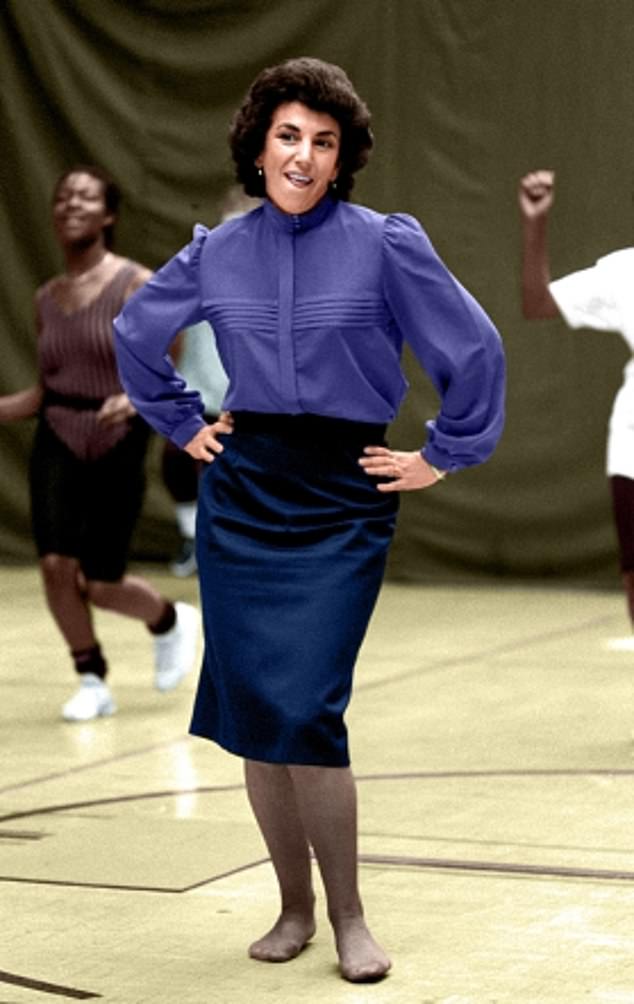 Edwina Currie on her mid-30s body: ‘I had a wardrobe full of Margaret Thatcher suits, with trim legs on show. I got my teeth capped, just as Margaret did. What I said mattered more than what I looked like. I became much less self-conscious’. Pictured: Currie in 1988 age 36

Happy with my body? Certainly not now, as I nudge 75. If I sit for longer than 20 minutes, everything seizes up. I wasn’t happy as a youngster either; my bum was too big, my teeth were crooked, I hated every photo taken of me. Looking back, I shouldn’t have been so self-critical, but that dislike persisted for decades.

My moment was in my mid-30s, when I was elected as one of only 23 women MPs among more than 600 men. Aged 36, I was on the receiving end of a lot of attention. And to be honest, most of the time I loved it, used it, and thrived on it.

It helped that by then my childhood asthma was well under control with medication, so I went running several mornings a week. I was fitter and slimmer than ever before.

I had a wardrobe full of Margaret Thatcher suits, with trim legs on show. I got my teeth capped, just as Margaret did. What I said mattered more than what I looked like. I became much less self-conscious.

I think that’s the answer: stop fretting about your appearance, concentrate on the job in hand, and you’ll look interested, intelligent and gorgeous.

MY YOUTH WAS WASTED ON ME 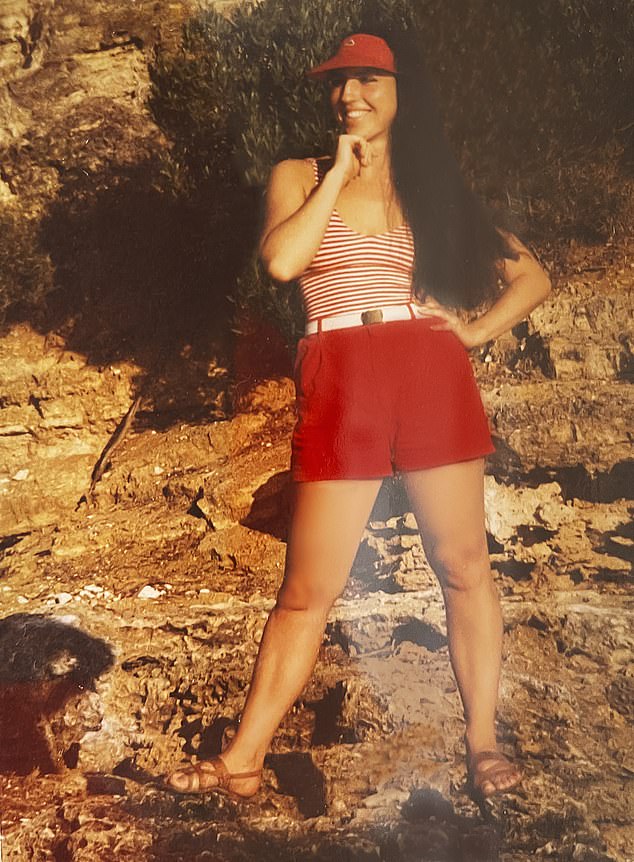 Amanda Platell on her early 20s body: ‘If I could go back in time and have any body I’ve ever possessed, it would be to my early 20s. Of course, that is the age when we are at our most self-critical, but it was also a time when we could take everything for granted’. Pictured: Platell aged 23

What is there to love about a 60-year-old woman’s body, except that it has survived life’s travails and still manages to carry you around.

Craggy bits, saggy bits, sun spots, age spots, and your best friend is a pair of sucky-in fat pants to hold in the tummy that once resembled a washboard.

If I could go back in time and have any body I’ve ever possessed, it would be to my early 20s. Of course, that is the age when we are at our most self-critical, but it was also a time when we could take everything for granted: when we didn’t need push-up Wonderbras because our breasts were naturally pert.

As for upper arms — we never even thought about them, let alone worried that they would one day sag. And legs were smooth and tanned, not scattered with thread veins.

By 60, yes, your head may be in the right place, but it doesn’t matter how much exercise or yoga you do, or how much money you throw at your body, it will never respond like it did back then.

To paraphrase George Bernard Shaw, our appreciation of our own beautiful, youthful bodies is wasted on the young.