Wedding guest sparks debate over whether a polka dot dress is ‘too white’ for the big day – but would YOU wear it?

A woman who was concerned her dress would be too white to wear to a wedding has sparked a debate online, leaving many to tell her not to worry.

Netmums user Lois shared a picture of the dress, which sits on one shoulder and is covered in black polka dots, on the British parenting website.

Dozens of people responded to the post and said the dress should be fine to wear as it is not ‘bridal’ at all – but some said they still wouldn’t risk annoying the bride.

Lois said: ‘The dress I wanted to wear wasn’t delivered in time so I panic bought this last night. 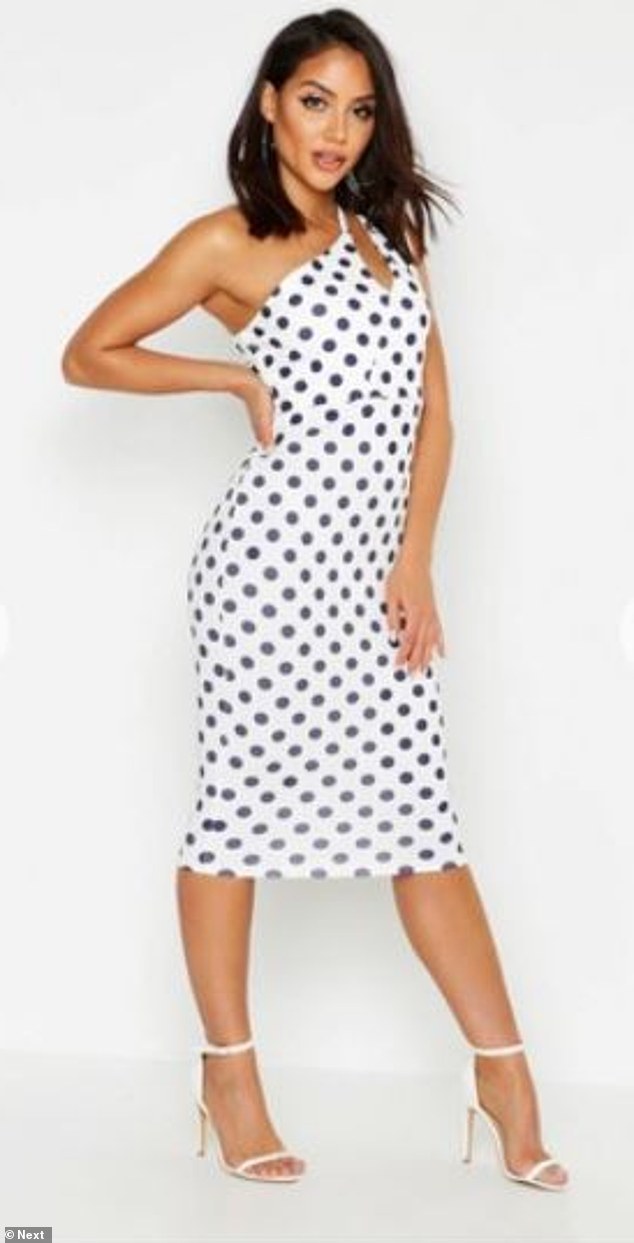 A Mumsnet user asked for opinions about the dress she had bought to wear to a wedding, pictured, as she thought it could be too white and she might have to get another one

‘I completely didn’t think about it being white. Argh. I’m going to have to get another one aren’t I? Was planning on wearing it with a beigey jacket and beigey wedges.’

The majority of people responded to the post saying that Lois should be fine to wear the stylish frock, with some even adding that they’d be fine with it at their wedding.

One person said: ‘I think that would be fine, especially since its spring/summer time. Could you ask the bride what she thinks?

While another added: ‘I wouldn’t have an issue with that dress at all. It isn’t bridal-ly looking so you would get away with it.’

Someone else said that Lois’ dress, from BooHoo, should be fine because the bold pattern on it broke up the white.

They said: ‘Depends on you and the bride I suppose really. I think it looks fine as it’s covered in massive black dots.’

Others said Lois could add some colour to her outfit by having bright accessories instead of the beige shoes and jacket she had planned.

One person said: ‘I don’t see any problem as it doesn’t look like a wedding dress. Just use coloured shoes instead of beige.’

Another Mumsnet user was less convinced on wearing white but did think that this particular dress ‘could pass.’

She said: ‘Personally I would never wear white to a wedding to avoid possible whispers and evils from the bride but this is nothing like a bridal or even a bridesmaids dress so I think it could pass.’

However some people thought the dress was too white and it wasn’t worth the risk of annoying the bride on her wedding day.

One person said: ‘Yes! I wouldn’t risk anything that white for a wedding. Stay well clear just to avoid upsetting the bride or her thinking it was done on purpose. Millions of other colours out there.’

And another commented: ‘I would just never risk it. If someone is looking for a reason to be mad at you then they will use it.

‘If the bride is sensitive or paranoid or upset about something else then she’ll be upset. Just choose a different dress. If you have to ask “is this too white?” then it’s too white to risk it.’