THIS is the moment Bellator star Peter Stanonik was left in tears after being kicked in the groin twice.

Stanonik was fighting Raymond Daniels at Bellator 245 in the US when carnage ensued midway through the second round. 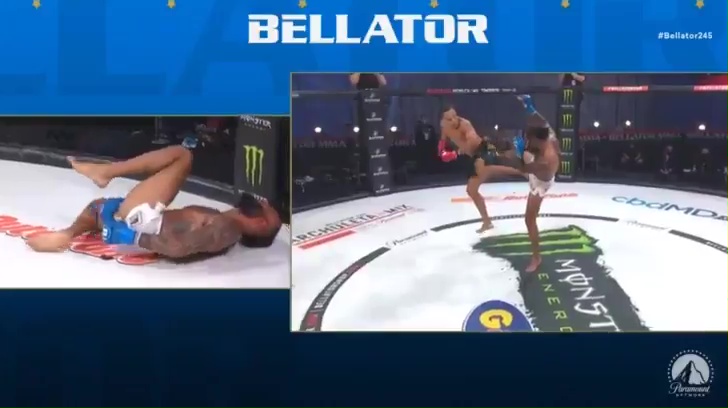 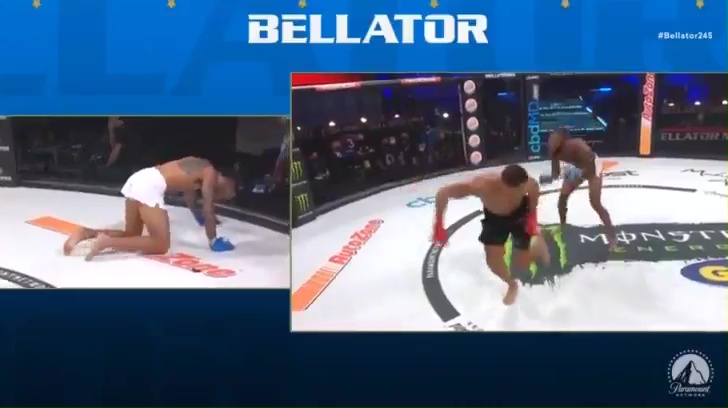 Experienced Daniels, 40, attempted to catch his opponent off guard with a roundhouse kick.

But he caught his 32-year-old opponent square in the groin leaving Stanokik rolling around in agony on the canvas.

He laid on his back, taking deep breaths and took the entire five minutes in order to recover.

Finally Stanokik was back on his feet but just seconds later he was caught with the same kick in the same region.

Stanonik screamed in agony and punched the floor in anger twice as he crawled towards the edge of the cage.

Daniels could just stand and watch his opponent writhe in severe pain.

With nobody in the arena, Stanonik can be heard sobbing while repeating "Oh my God."

Unsurprisingly, he was unable to recover from the brutal blows and the fight was a no-contest. 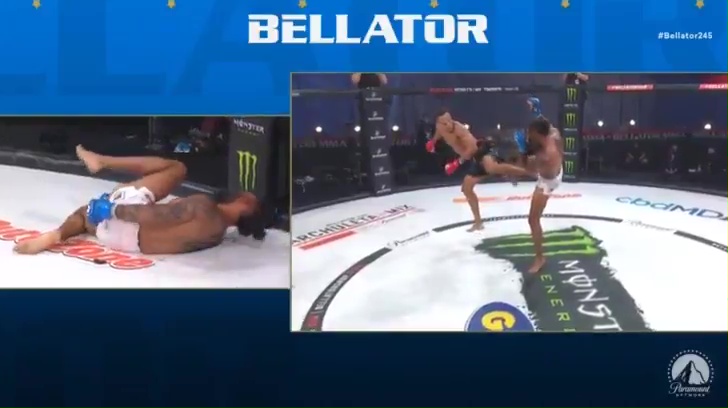 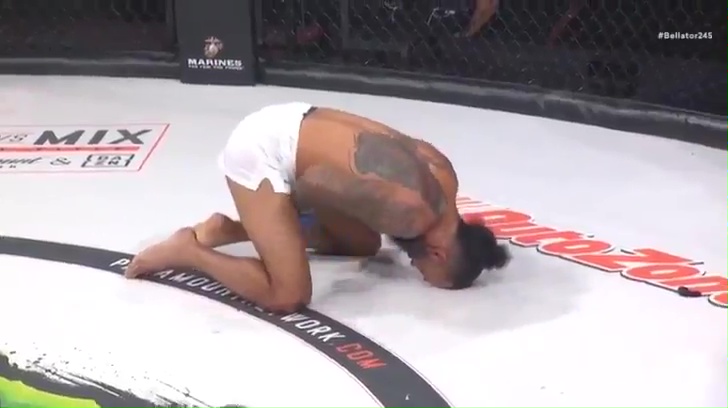 The fighter even had to leave the arena on a stretcher and Daniels paid his respect to Stanonik after the bout.

He said: "I hope my opponent Peter is okay, obviously I never mean to hit anybody as far as low blows.

"Whenever I knock someone out or down, I hope they are okay so I definitely hope he is okay.

"Definitely not how I wanted the fight to go.

"It’s the first time that’s ever really happened. First time I thought it was a body shot, but my foot is pretty big and covers a lot of ground.

"The second time I definitely hit him clean. He kicked me, knocked me off balance and made me miss a little bit.

"The second one hit very hard and the spin kick is the hardest technique you can throw in all combat sports.

"My spin kick is kind of like my bazooka, grenade launcher, whatever you want to call it.

"It can end things in an instant way wherever it lands.

"Unfortunately it landed in the groin vicinity. I hope he’s okay, I never want to hurt my opponent where they have to be carried off."