Was Diana’s destiny written in the stars?

As Diana’s astrologer, Debbie Frank became both friend and confidante. She tells Eimear O’Hagan about the princess’s cosmic incompatibility with Charles – but why she never regretted marrying him Was Diana’s destiny written in the stars?

Debbie Frank last saw her most famous client, Princess Diana, just a few weeks before her death on 31 August 1997. ‘We had lunch at Kensington Palace in late July and spoke on the phone on 12 August. It’s still hard to believe that, less than a month later, I was at her funeral,’ she says. Debbie had become Diana’s personal astrologer in 1989, when, behind closed doors, Diana’s marriage to Prince Charles was beginning to implode. ‘She was a dear friend. Sometimes she would call me up to three times a day, depending on what was happening in her life, and we talked about much more than astrology – everything from raising her sons to her official duties and her life within the Royal Family. Nothing was off limits; we were very close.’

Had Diana sought Debbie’s astrological advice before her marriage, though, she would have learnt some difficult truths about her and Charles’s cosmic compatibility.

‘Through studying their respective charts I could have told her what extremely different people, in an astrological sense, she and Charles were,’ she says. ‘I once asked if she’d ever regretted marrying him and she was adamant she had no regrets. She had loved him, she had her sons from their marriage, and would have done it all again no matter how difficult it had been for her.’ 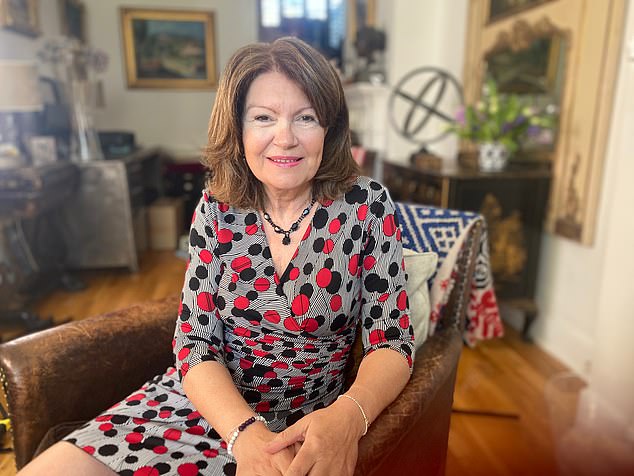 An astrologer since the 1980s, it was Debbie’s eight-year professional relationship with Princess Diana that made her a household name and she is still one of the UK’s most in-demand celestial experts. Whether it’s wealthy financiers or singles seeking a soulmate, Debbie doesn’t have a ‘typical’ client but there is a waiting list for those who want her help. ‘And since the pandemic began, I’ve been inundated with requests.’ 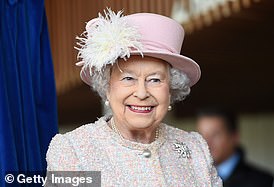 The Queen – with her Sun sign Taurus – is a woman of substance. Taurus is a sign of security, patience, persistence and endurance, and she embodies all those qualities. She has Capricorn rising which makes her a natural leader with an unwavering sense of duty. 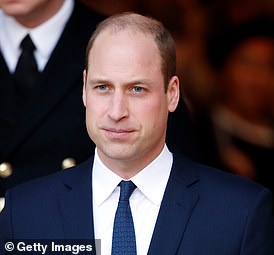 William is a Gemini and is very like his mother. He has a lot of heart and soul. I imagine that privately he will be in pieces over everything that’s happened recently, because he is  sensitive, nurturing and compassionate and care deeply for their loved ones. 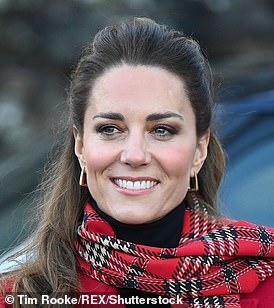 Kate is a Sun sign Capricorn, giving her dignity, poise and a strong sense of duty. She is a safe pair of hands. Kate has a Moon in Cancer which means she connects deeply with William – there is a fantastic equilibrium in their relationship and they perfectly balance one another. 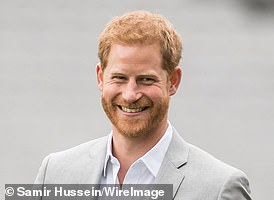 Harry is a Virgo, a sign that’s all about service and giving to others. In the past it manifested in his work in the Army and for the Invictus Games, but he has been sucked into the orbit of a Leo – Meghan – and much of his giving is now to her. He’s the servant to her queen and at the moment that astrological dynamic works. 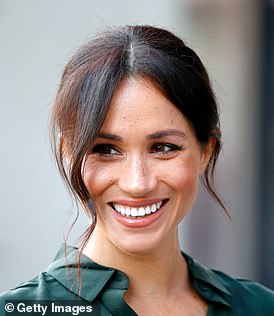 Meghan is very true to herself and her own sense of identity. Her chart shows the Sun in Leo – which is all about being a brand. Leos are the queens of the zodiac, and Meghan is a born leader. Leos are passionate people, and we see that in how Meghan uses her voice and profile.

Long before Covid struck, Debbie knew that challenging times were ahead. ‘In 2016, I saw an unprecedented line-up of planets, which told me a time of great fear was coming in January 2020. I imagined it was something like a war, but of course it came as the pandemic.’ How does Debbie break it to a client if she sees trouble ahead? ‘If I feel it may be relevant I will talk to them about it. But I never want to instil fear or panic.’

A frustrating aspect of the legacy of Debbie’s relationship with Diana is that she did not foresee her tragic death in Paris. ‘It’s been put to me many times: why didn’t I predict it? It’s crazy to imagine I could have known what was going to happen to Diana, and even if I had, that I would have had the control to stop it.

‘I don’t see death in people’s charts and I am glad of that. My job is to guide, heal and uplift. Of course, had I known what would happen to Diana, I’d have done everything I could to prevent it. Over the years we were friends, there were occasions when I was able to forewarn her of difficult periods, albeit not knowing the specifics of what she would face. For example, the day her divorce from Charles was announced by John Major, there was an eclipse which I had seen was coming, and they are often associated with life changes. She also knew the planets and her chart well enough by then to know the times when she needed to be extra strong.’

Debbie, 62, who lives in South London with her 16-year-old daughter, was introduced to Diana in 1989 by their mutual friend Mara Berni, who ran London restaurant San Lorenzo and passed away last year. As Charles and Diana’s marriage unravelled, Diana turned to Debbie for astrological guidance and what began as a working relationship blossomed into a friendship. ‘I certainly never expected us to forge the connection we did,’ says Debbie. ‘We would speak regularly by phone and meet at Kensington Palace for lunch. She was in such a happy place just before her death. I remember thinking how radiant she looked.

‘I came to know Diana’s chart very well. My style of astrology – which is very empathetic – is rooted in helping people find a way to navigate through their life, their relationships and challenges. For me, astrology is like a spiritual x-ray of a person: you can look at their chart and see inside them. Diana’s Sun sign was Cancer, which is a water sign that is all about feelings and empathy, and her Moon sign was Aquarius, making her free-spirited. She was very open-minded and also knowledgeable. She always knew the sign of people she was dealing with in her life as a royal, from Tony Blair (a Taurus) to Bill Clinton (a Leo). Over the years I worked with her I saw her change from a vulnerable, disempowered woman to someone who was strong and confident.’

As part of her work with Diana, Debbie examined Prince Charles’s chart. ‘At the beginning of our relationship, she desperately did want their marriage to work, and was hoping astrology would give her faith that their problems could be resolved,’ says Debbie. ‘Charles is a Scorpio, an intense sign with a lot of depth, and his Moon sign is Taurus which makes him stubborn, and also gives him a love of the earth and nature.

‘Your Moon sign represents your emotional side – it’s very revealing of your true self and who you are in private – while your Sun sign is your outward personality that the world sees.

‘It’s important in a relationship to have compatible Moon signs, but Diana was free-spirited and all about people, while Charles was stubborn and happier working with the land. It’s little wonder he’d be in his element at Balmoral, while she couldn’t wait to get back to London. Astrologically it didn’t work, and while some couples can overcome those differences, Charles and Diana couldn’t.’

Unlike many in the mystic community, Debbie ‘came from a “normal” family, although my mother did believe in the soul, so perhaps that was an early influence on me,’ she says. ‘In my teens, I discovered the book Sun Signs by Linda Goodman. I’d pore over it, and dream about being an astrologer, but for a schoolgirl from Berkshire it didn’t seem like something I could become.’

Working in London in PR and advertising in her early 20s, Debbie discovered there was a course in astrology at a local college and began studying, going on to take classes at specialist astrology schools. ‘What I loved about it from the outset was how it can help people, almost like a form of therapy.’

Debbie believes that in our turbulent times, astrology can serve a meaningful purpose in our lives. ‘We are re-evaluating what is important to us. Astrology helps us see a bigger picture and reassures us that difficult times are cyclical – we go into them, and we will come out.’