Workers on enterprise agreements earn an average of $100 a day more than those who are paid industry minimum wages, but the number of new agreements being struck in the private sector is falling.

The new figures are part of the Business Council of Australia’s (BCA) argument in favour of the Morrison government’s industrial overhaul, which is designed to remove many of the hurdles critics say stop the Fair Work Commission from approving enterprise agreements quickly. 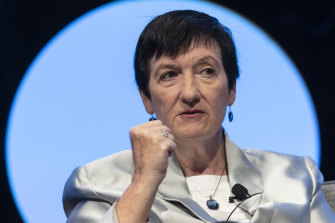 During the industrial relations working groups with unions last year, the BCA struck a bargain with the Australian Council of Trade Unions to streamline the approval process for deals involving unions before it was shouted down by other employer representatives.

The two sides have now gone separate ways over the resulting government bill, which the ACTU is opposing through lobbying, and a public relations and advertising campaign.

The number of employees covered by enterprise agreements has been steady at about 40 per cent of the workforce for the last two decades although many agreements are past their nominal expiry date, which means workers are denied any pay rise under a new agreement but keep their working conditions. As of September 2020, the number of active federal agreements was at its lowest in 22 years.

Non-managerial employees under enterprise agreements earned an average of $42 an hour, according to the BCA, compared to $29.40 for those under awards, adding up to about a $100 difference over a standard workday.

BCA chief executive Jennifer Westacott said the government’s bill, which is being considered by the Senate crossbench, would help businesses and workers co-operatively strike enterprise deals without being hamstrung by technicalities.

“We have to get back on the path of achieving the higher wages, strong productivity and jobs growth Australia enjoyed in the 1990s and 2000s,” said Ms Westacott, whose organisation represents the country’s largest companies such as McDonald’s, Woolworths and BHP.

Among the changes to agreement approvals in the government’s bill are an emphasis on the workers and bosses’ intentions, limitations on the industrial tribunal considering hypothetical arrangements when assessing if it leaves staff better off, and stricter approval times.

Australian Council of Trade Unions secretary Sally McManus agreed enterprise bargaining was falling but said it was because it prevented unions bargaining across employers, forcing them to go business by business.

“Successful modern economies have sector and industry bargaining, it’s efficient and it works,” Ms McManus said. “Gone are the days of large factories in Australia, smaller workplaces like childcare centres are locked out of our outdated bargaining system.”

She argued the government’s industrial overhaul, which Industrial Relations Minister Christian Porter has championed on the same grounds as the BCA, would only benefit bosses at the bargaining table. Labor takes the same view, arguing measures intended to streamline the approval of agreements will make it easier for companies to railroad their workers with substandard deals.