What do YOU see? Video of a man on a swing sparks furious debate on Twitter – with some sure he’s swinging toward the camera and others convinced he’s facing away from it

A video of a man riding a swing has the internet ferociously divided, with many comparing it to The Dress of 2015 and the Laurel/Yanny debate of 2018.

The video, which was first shared on TikTok by Eric Tupper from Fairbanks, Alaska, shows a man alone on a snow-covered playground riding a swing.

But viewers can’t agree on whether the man is facing the camera or facing away from it, with each side steadfastly defending what they see. 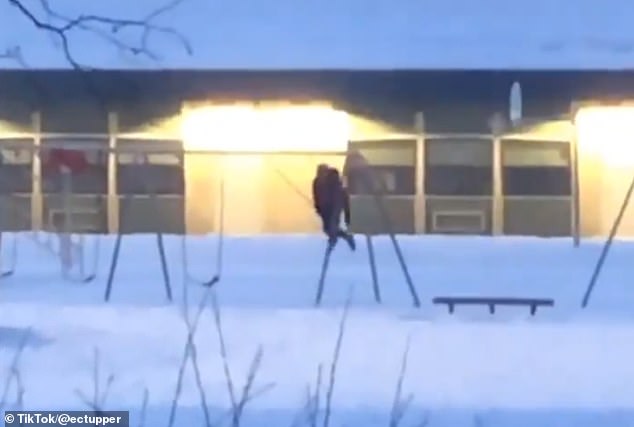 Great debate: A video of a man riding a swing has the internet ferociously divided, with many comparing it to The Dress of 2015 and the Laurel/Yanny debate of 2018 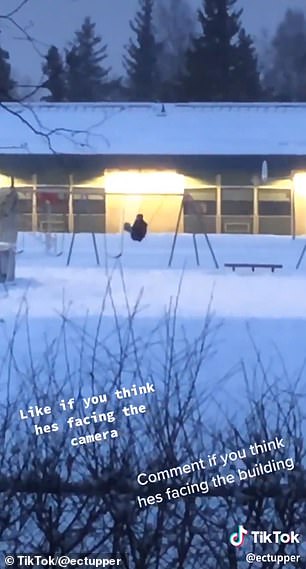 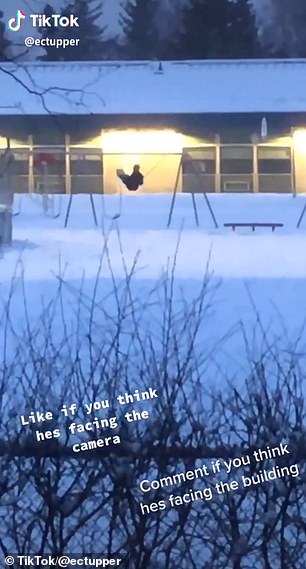 Viral: Viewers can’t agree on whether the man is facing the camera or facing away from it, with each side steadfastly defending what they see

Eric said he recorded the video last February while visiting Anchorage with some friends — and even seeing it live, they were split on which direction he was facing.

‘We were staying in a house, and we noticed that person swinging,’ he told BuzzFeed.

‘So, we went on the deck and realized some saw him facing us, and others saw him facing away. So, I just took a few videos trying to prove which way he was facing.’

His videos don’t appear to prove anything, since social media users are now furiously debating the topic on Twitter, where it’s been viewed over 13 million times so far.

‘I’m losing my mind can someone tell me which way he’s facing,’ wrote one person.

‘The dress, yanny/ laurel, and this video being the most confusing dilemmas on this app,’ wrote another.

And those defending what they see have come in strong.

‘He’s definitely not facing the building because his body can’t just go through the bar like that,’ wrote one ‘facing the camera’ defender.

‘I feel like everyone who’s saying “facing the building” is trolling us,’ someone else tweeted.

But those claiming he’s facing the building are just as adamant.

‘Away from the camera. how can people see towards??’ one demanded.

Some people have even drawn diagrams to prove their point, highlighting the man’s leg and knees or the structure of the swingset as proof. 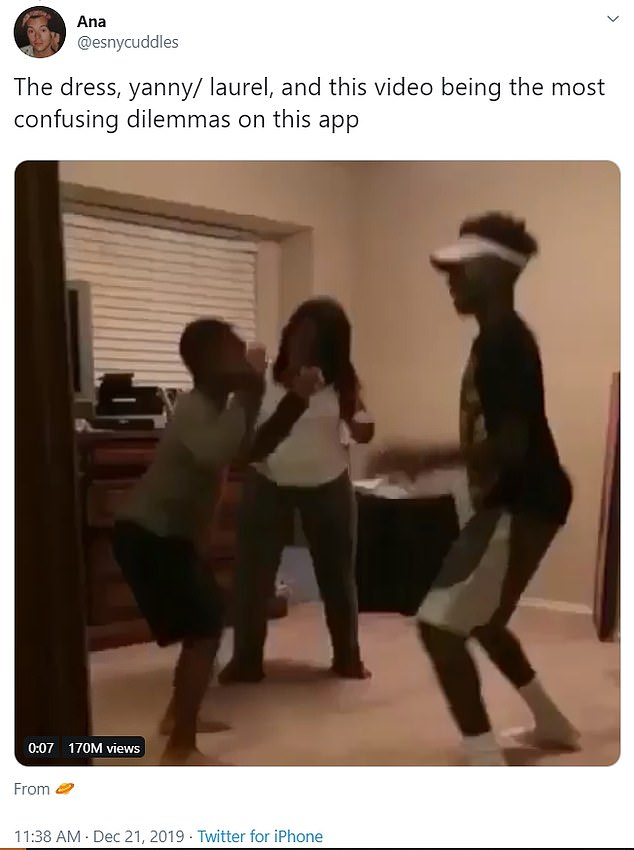 Not again! Several people are comparing it to past social media debates 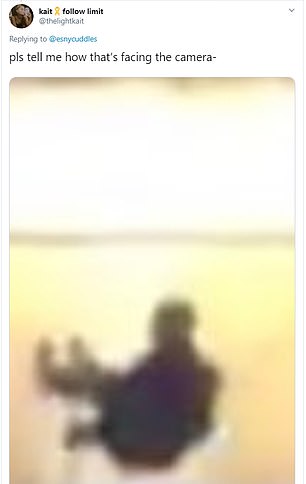 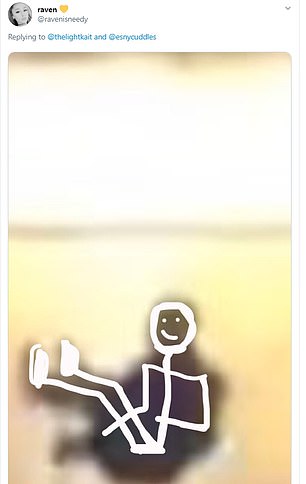 See! Some are using close-ups and doodles to illustrate their points 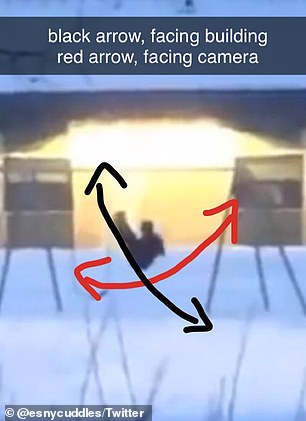 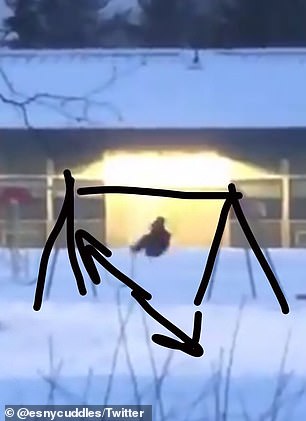 Evidence: People are looking to the man’s knees as well as the shape of the swingset for hints 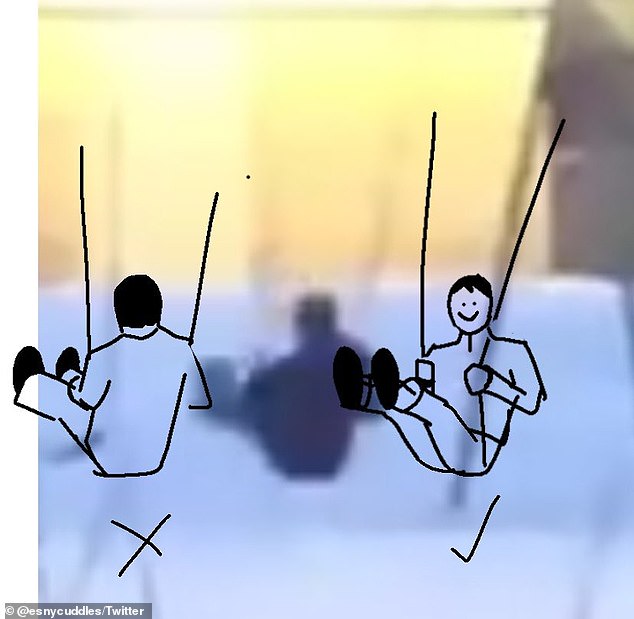 Aha! Some have shown how the blurry shape could be viewed two ways

The debate may feel like déjà vu for those who weighed in on other viral internet debates in the past several years.

In 2015, an image of a body-con dress with lace detailing had friends and family at each other’s throats, with some adamant that it was black and blue and others arguing it was white and gold.

Most people immediately saw one color paring and couldn’t be convinced otherwise.

Then, in early 2018, an audio clip had people just as confused, with some thinking the voice in the recording was saying ‘yanny’ and others sure it was saying ‘laurel.’