No other contestant on Peter Weber’s season of The Bachelor has been more controversial than Victoria Fuller. The medical sales representative from Virginia Beach has had a turbulent relationship with Peter since their first one-on-one date. Unfortunately, things got even worse during the Feb. 17 hometown date episode, when an unexpected turn of events led to a blow-out fight during which Victoria gaslit Peter when he attempted to understand more about her romantic history. Gaslighting is a classic indicator of a toxic relationship, and it raises several red flags about the couple’s ability to communicate effectively moving forward. (Elite Daily reached out to Victoria and ABC for comment on the episode, but did not hear back in time for publication.)

Here’s how it went down on The Bachelor: Peter went to Virginia Beach for his hometown date with Victoria. They went to the beach, dressed up and took some old-timey photos together, and then she surprised him with an outdoor Hunter Hayes concert. But just as Peter was leaving the concert, he was approached by his ex-girlfriend Merissa Pence, who told him she and Victoria used to be friends. She warned Peter should “be careful,” and that he “didn’t deserve” the situation he was in. "There’s been many relationships [that have] broken up because of her, and I don’t think it’s a relationship for you to be in,” Merissa said, though she didn’t elaborate any further.

Peter was visibly shocked, and headed to Victoria’s house unsure of what to do next. Before they went inside to meet her family, he told Victoria about Merissa’s accusations. “She told me that you’ve caused a lot of other relationships to end,” he said, saying he was “just asking for the truth.”

Victoria called Merissa’s accusations "disappointing," and claimed she hadn’t broken up any relationships. Rather than engage in further conversation, she appeared to get upset with Peter. “You literally just came in here to act like that, are you kidding me?” she exclaimed. “You’re supposed to meet my family tonight, and you decided that what Merissa told you was more important than meeting my entire family.” Peter assured her that he wasn’t taking sides and just wanted to know what happened, but before they could discuss things further, Victoria walked away.

Victoria looked angry and frustrated, which is an understandable response to being accused of something that might not have actually happened. However, Victoria made it clear she didn’t want to talk about Merissa’s accusations. Instead, she employed several gaslighting techniques to make Peter feel bad for bringing up his concerns. As Dr. Melanie Shapiro, a licensed therapist, previously told Elite Daily, "Gaslighting occurs when one person in a relationship seeks to gain power over another person by undermining and having that person doubt themselves, their perception or reality. It can often lead to abusive relationships where an individual can even believe they have caused or deserve to be mistreated.”

Victoria accused Peter of blaming her and taking Merissa’s side, when he had just asked for her version of the events that may or may not have taken place. By becoming defensive and accusatory, she avoided answering Peter’s question directly, and made him feel at fault for bringing it up in the first place. This strategy is what relationship expert Susan Winter calls “the turnaround.”

“When you have a reaction to your partner’s blatant lies or bad behavior, you suddenly become the one at fault for noticing it,” Winter previously told Elite Daily. “They insist you’re overreacting, and overly sensitive. Now, you’re made to feel bad and wrong for communicating your feelings.”

By making themselves the victim, a gaslighter avoids answering for their own actions. They can also make the other person feel like the bad guy. After Victoria stormed off from the conversation, Peter apologized to her despite her negative reaction. “Look, I really didn’t come in here trying to attack you, and if somehow it came off that I was taking her side and not yours, I’m sorry for that,” he said. Victoria continued with the same approach. “You sit there and basically say that you take [that] stupid girl’s side,” she said. When Peter asked how it seemed like he was taking Merissa’s side, Victoria said, “By your face.”

Then, Peter asked Victoria why she would get up and leave rather than engage in tough conversations with him. Instead of answering the question, she turned this around, too. “You’re saying I’m willing to give up so easily. Why are you willing to stay?” she asked. Peter hugged Victoria and told her she deserved to be loved. The two parted ways without Peter meeting her family.

Despite all of this, he gave Victoria a rose at the rose ceremony, making her one of the final three women who could ultimately win his heart. 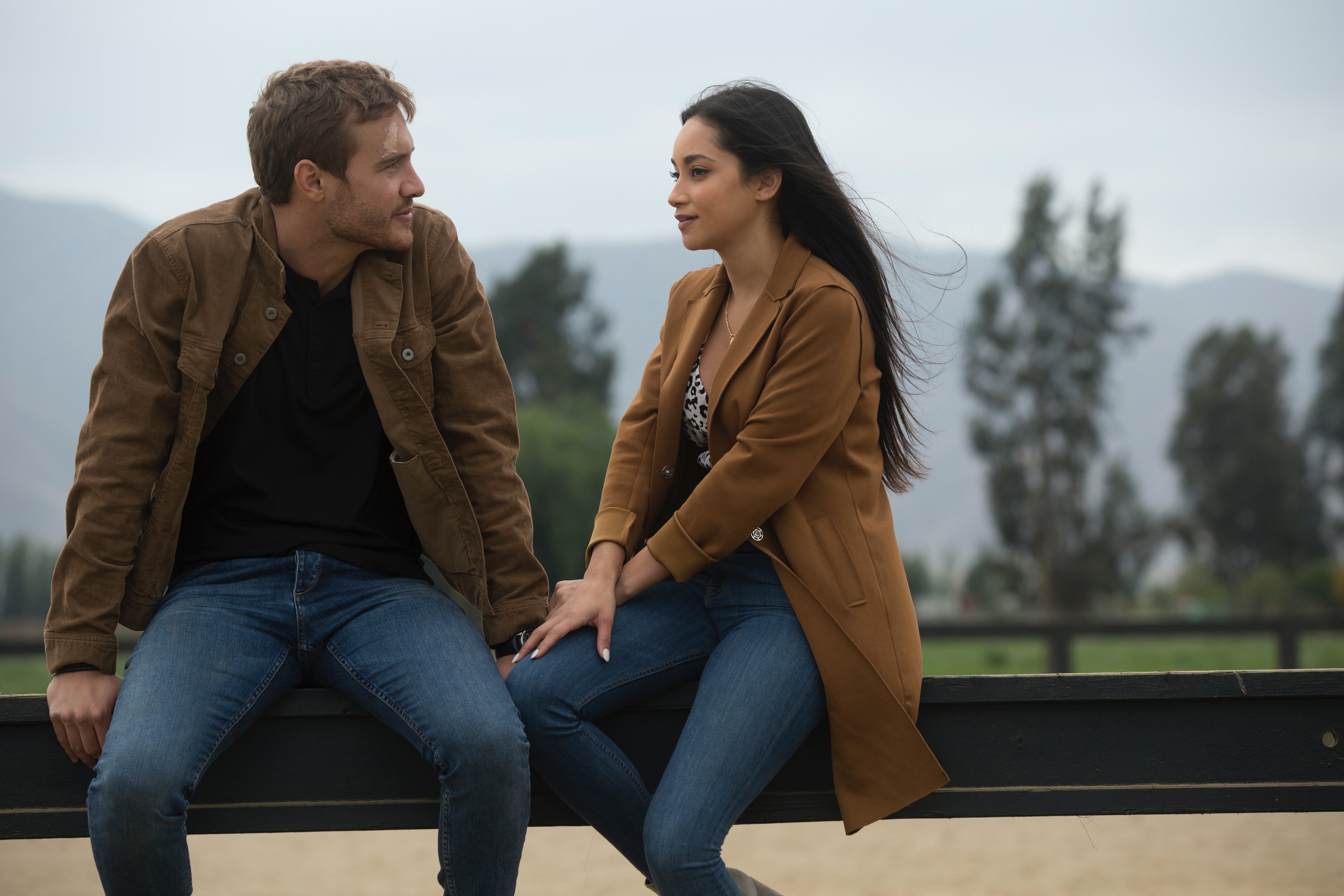 This isn’t the first time Victoria has avoided answering Peter’s tough questions. On their first one-on-one date, the couple attended a Chase Rice concert. Later that night, when Victoria told Peter that Chase Rice was her ex, and he asked her questions about it, she kept saying, "I don’t know what to say, I’m sorry." She got up, cried, and Peter went after her to console her, telling her the situation wasn’t her fault. On their second one-on-one date, Peter told Victoria he wanted to learn more about her feelings for him, and asked her to try her best to show him that. Victoria walked away from that conversation, too, but off-camera, admitted she was disappointed in herself for not being able to give Peter an honest answer, and for taking her frustrations out on him when "he doesn’t deserve for me to act like this."

They fought again on their three-on-one date. When Peter told Victoria he felt weird about their pervious date, she said, "It’s like every single time we’re together, I feel like you’re always in a mood, and it’s extremely frustrating because I feel like I don’t know how to move forward if this keeps happening. I don’t get it." Peter told Victoria he felt she was "attacking" him for asking her questions.

Viewers will have to wait to see whether Peter chooses Victoria in the end, but one thing is certain: It’s normal to argue from time to time, but the way they’re arguing does not bode well for a healthy relationship. “If you are in a relationship with someone who is gaslighting you, it is important to remember that you are worthy of a partner who helps you to build a positive future — not someone who brings you down and makes you feel like you don’t deserve happiness,” Shapiro urged. Reach out to friends and family, and find a therapist if you need help deciding how to move forward.

Emotional manipulation is never OK, but it can be really confusing when it’s coming from someone you care about. In Peter’s case, he clearly sees something in Victoria he isn’t ready to let go of yet. Hopefully, that doesn’t come at the expense of anyone’s mental health and well-being.

If you or someone you know is experiencing domestic abuse, call 911 or the National Domestic Violence Hotline at 1(800) 799-SAFE (7233) or visit thehotline.org.