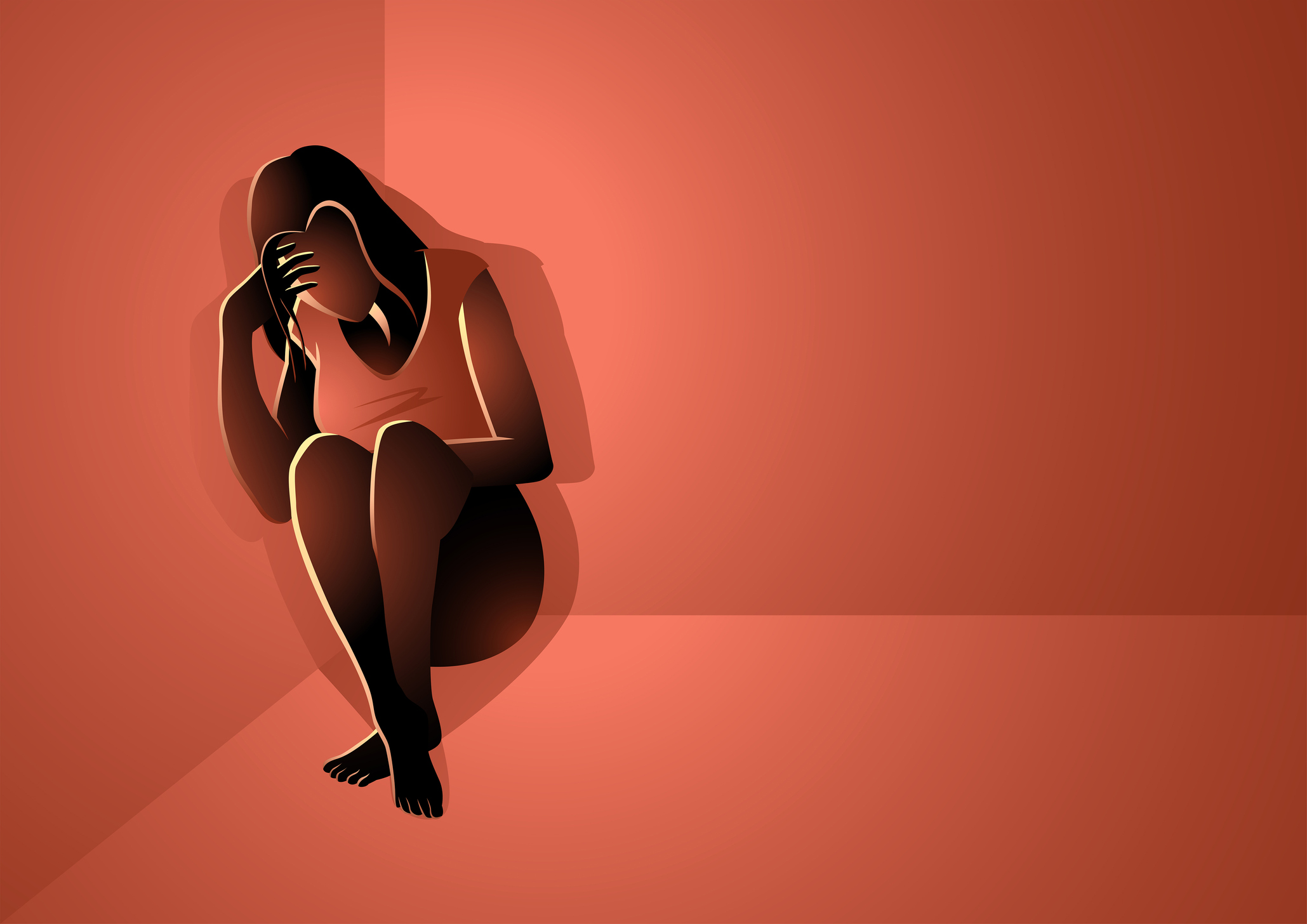 The first time was when my husband left me for my friend – and the second was when my first female partner, after I discovered my true sexuality, abused me.

In 1998, my husband of 16 years sat me down and told me that he was leaving me for his secretary.

As my life unravelled around me, things started to click into place. He was always out late, working or having ‘drinks with friends’ while I stayed home, unemployed, and looked after our two children – one of whom was disabled and needed around-the-clock care.

My only friend was the bottle of wine my husband would buy for me before he headed out for the night. I’d never been a big drinker, but it was my only solace when I felt so alone.

Still, stupidly, I never saw it coming. I was gobsmacked about him leaving me. I thought we were steady, we were both tired and didn’t have much sex, or quality time together – but it was natural after you’d been married for so long, right?

Plus, I was financially dependent on him. How would I live? How would I care for my son without him?

I couldn’t cope. I fell apart and ended up at a psychiatric hospital the following night. The isolation and looking after my son for years entirely on my own pushed me over the edge.

I wanted to end my life, and didn’t see a way out.

For two years, I wasn’t well enough to look after my children. I was dependent on alcohol until a health scare kickstarted me into realising that my kids needed me more than I wanted to die.

By now, I was completely alone as people had slowly drifted away. My husband had moved in with my friend and kids, too. It was hard to move forward when I felt so alone.

Still, I pulled myself together and decided to join a college course in the hopes of becoming a counsellor – giving back to people who had helped me, and hopefully meeting some new friends along the way.

It gave me so much more than that.

It changed my life completely, giving me a purpose – and it even made me question my sexuality, too.

Much to my shock, I developed a crush on my female tutor. At first I thought it was because she was nurturing, but it was much more than that.

As I looked back over the years, I realised that I’d found women extremely attractive, and was never enthralled with sex or any sort of physical relationship with my husband.

It didn’t bother me, it excited me. Soon, I pursued this new, very real side of me and signed up to a gay dating site – finding myself very successful!

At the age of 47, I met my first female partner, Janet*. It was a different dynamic being with a woman. It was caring, loving, and passionate.

At first, it felt so natural and there was no effort involved with falling in love. Except sadly, our relationship soon turned sour as Janet became abusive after just a few short months.

It was subtle at first, sly digs and insults, but then it became bigger and more toxic. It mutated into me walking on eggshells around her constantly, with her exploding and becoming aggressive if I cooked her jacket potato ‘the wrong way’.

At the time, I didn’t believe that same-sex couples could be in abusive relationships, or that gay people could even experience domestic abuse as I’d never seen it or read about it. That was until it happened to me.

I felt so small, I might as well have disappeared

Over four years, she wore down my self esteem until I felt so small, I might as well have disappeared. Even when she recognised her anger problems, and did domestic abuse courses, she’d still return to being a bully before too long.

It all ended when the police were called in 2010 – except she was the one who called them after a nasty fight, and she told them lies that I’d stolen her passport. Thankfully, they saw right through her.

I was terrified as I thought I’d be arrested. I sat on my bed shaking with fear, while Janet sat in her office chair, cool and calm. The police saw she was lying.

They insisted she accompany them to wait for her daughter to collect her from the station and clearly they didn’t think I was safe. After five days she returned and we both acknowledged that it was over, and I suggested we work together at tying up all the loose ends.

However, I came home from shopping one day, the week before Christmas, and found she had moved out. She had taken almost everything, including my precious dog and I never saw her again.

I then learned from the landlords of our flat that, rather than waiting until the new year to give notice as we’d agreed, she had given them notice the day after she had returned from the police station. I had no idea. I was left facing homelessness, financial difficulties, and on my knees emotionally.

Looking back, I was too low and broken to think about leaving her and think I’d be with her now if it didn’t happen – or in a grave.

Janet saw my vulnerabilities clear as day and picked at my scabs until I was a mess of blood and scars. She made me rely on her for comfort, sanity and to live.

Now, I’ve been married to a wonderful woman for 11 years but it’s taken me a long time to heal. I naturally had trust issues to start with, and felt isolated as I had to move into a flat on my own for the first time ever, but I learned to love my own company and know what being loved felt like.

To be honest when I look back now I’m surprised I had the strength to carry on – I’ve surprised myself, especially with how unlucky in love I’ve been.

My marriage is ordinary, it feels right. My adult kids both happily accepted my wife and were devastated to learn how traumatising and emotionally crippling Janet’s treatment of me had been.

In almost a perverted way, I’m grateful that my husband left me. I know what hell looks like now – I’ve been there twice, and I’m never going back. But on the journey there, I discovered my true self along the way.

*Names have been changed