Our United Kingdom is under threat if the new Tory leader can’t take on the SNP, writes STEPHEN DAISLEY

Once again, a national election has seen Scotland and England gallop away in opposite directions. While Nigel Farage exacted the terrible vengeance of English Leavers on politicians who failed to deliver Brexit, north of the border the night belonged to Nicola Sturgeon.

The SNP leader guided her party to a 38 percent vote-share, its best-ever result in a Brussels poll, giving the ‘Nats’ half of Scotland’s six seats in the European Parliament. Labour was wiped out altogether, while the Tories, Lib Dems and Brexit Party managed one seat apiece.

In the wake of her triumph, an emboldened Miss Sturgeon declared this week that she ‘wants to see’ a new referendum on Scottish independence ‘towards the latter half of next year’. The spectre of the end of the centuries-old union has come back to haunt us. 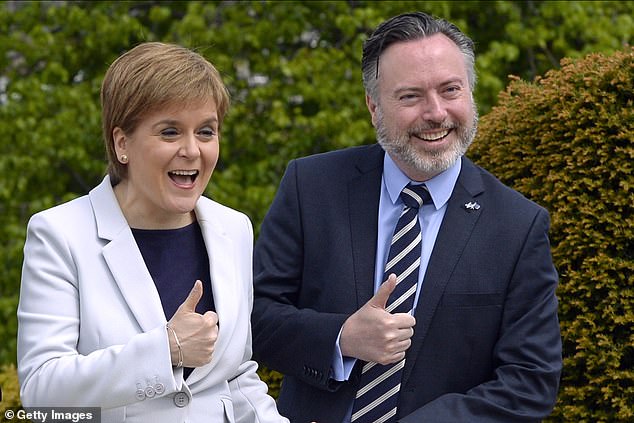 The SNP leader guided her party to a 38 percent vote-share, its best-ever result in a Brussels poll, giving the ‘Nats’ half of Scotland’s six seats in the European Parliament

Just five years ago, after a bitterly divisive campaign and in what the SNP promised would be a ‘once-in-a-generation’ event, the Scots rejected independence 55 per cent to 45 per cent.

Since then the SNP’s membership has swollen with independence hardliners who have begun holding regular marches, tens-of-thousands strong, clamouring for ‘#Indyref2’. They argue that Miss Sturgeon has been too slow to exploit the unpopularity of Brexit, which 62 per cent of Scots rejected in the 2016 referendum.

Mindful of these pressures and invigorated by the new European results, the SNP will today set out the rules for a second independence referendum in a Bill in the Scottish Parliament. This will pass – but Westminster still needs to give the all-clear for a legally-binding vote.

Tory objections could prove academic. Jeremy Corbyn has previously said he would be ‘absolutely fine’ with a second independence referendum and ‘wouldn’t block it’ if Holyrood enacted one. The Labour leader’s calculation – borne out by the polls – is that another snap general election would give the SNP enough seats to make or break a minority Labour government in Westminster. Miss Sturgeon is a ruthless operator, forged in the fiery crucible of Glaswegian politics, and would exact an eye-watering price for putting Mr Corbyn in Downing Street.

The power to hold another independence referendum at a time of her choosing would be the most gilded prize of all. 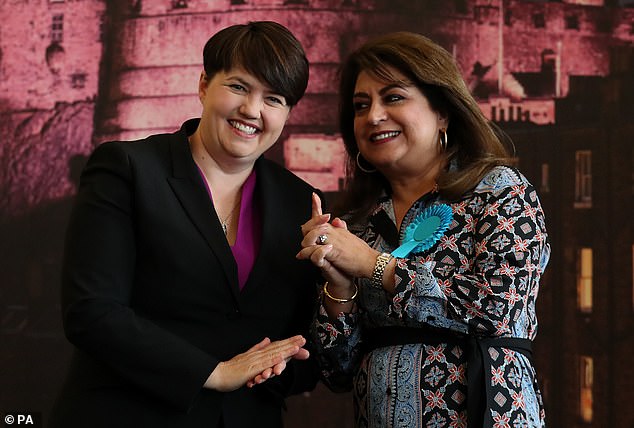 The Scottish Conservatives, led by the popular Ruth Davidson, are pushing for a new ‘Department of the Union’ in Whitehall to strengthen ties between the nations. The next prime minister should endorse this. Pictured (left) with Conservative MEP Nosheena Mobarik

Either way, Scottish independence is back as an issue and Mrs May’s successor will imminently have to contend with a threat to the United Kingdom far more existential than anything dreamt up by Brussels’s Brexit negotiators. There are some, including on the Right of the Tory Party, who think it is a matter for the Scots, and if they want to leave the UK, good luck to them. This is foolhardy in the extreme, for separatism does not operate in a vacuum. The SNP are close to Welsh nationalists Plaid Cymru. A Scottish breakaway would not only delight the latter: it would give them a blueprint.

Across the Irish Sea, the threat of a new hard border between the Republic and Northern Ireland has already boosted support for reunification. Scottish independence would make a United Ireland, once a dream, seem suddenly plausible.

A process that began with Scotland’s secession could end before long with England alone.

The break-up of their 312-year-old union would prove financially ruinous to Scotland and politically devastating to England. Scots currently enjoy the second-highest public spending per head in the UK: a ‘freebie’ culture that would be difficult to sustain if the tap from HM Treasury were turned off. But the severing of the union would be about more than this. It would be an historic tragedy, the end of the most successful alliance between peoples the world has known. 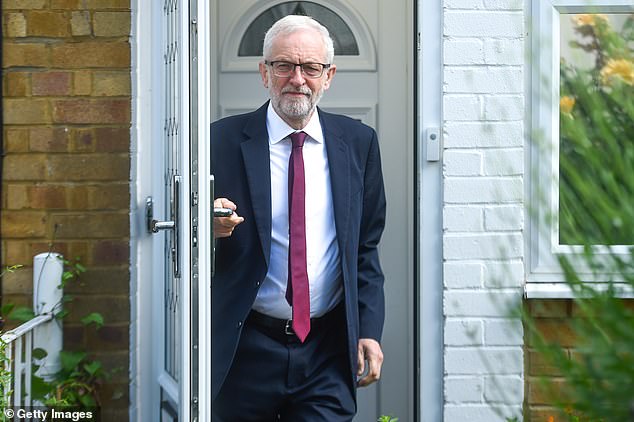 The Union Jack, under which Scotsmen and Englishmen have fought and died, would be taken down, never to rise again. We who are now countrymen would become foreigners in each other’s lands, and the story of the United Kingdom would close its final chapter. None of this is inevitable. It is easy to forget that agents of division such as Miss Sturgeon have been defeated before – and can be again. To do so will require alchemical political skills from the next prime minister.

The Scottish Conservatives, led by the popular Ruth Davidson, are pushing for a new ‘Department of the Union’ in Whitehall to strengthen ties between the nations. The next prime minister should endorse this.

Meanwhile, there are consequences to the Tory leadership candidates’ sabre-rattling over No-Deal Brexit. The prospect of financial hardship keeps many of Scotland’s canny voters from backing independence – but a disruptive and costly Brexit could change that. SNP strategists are pinning their hopes on a combination of No-Deal and prime minister Boris Johnson.

Mr Johnson enjoys none of his ‘loveable rogue’ reputation north of the border, where he is seen by many as dishonest, unserious, inept, ruinously posh and London-centric. The Nats believe he could alienate the Scottish people, pushing even more into the pro-independence column.

The next prime minister has to deliver Brexit from the democracy-deniers of Remain and the sore winners of Jacob Rees-Mogg’s European Research Group. He or she must also free the union from the throttle of the SNP which is tightening its grip by the day. The Nationalists were not defeated in 2014: they were delayed. They see a weakened, distracted UK as an opportunity to exploit. Whatever happens with Brexit and whoever replaces Mrs May, Britain will soon have to steel itself again for a fight for its very existence.