COVID deaths are the highest they have been since March, amid pleas for vulnerable Brits to get their boosters.

The last time deaths were as high as they currently are, the UK was in the third national lockdown. 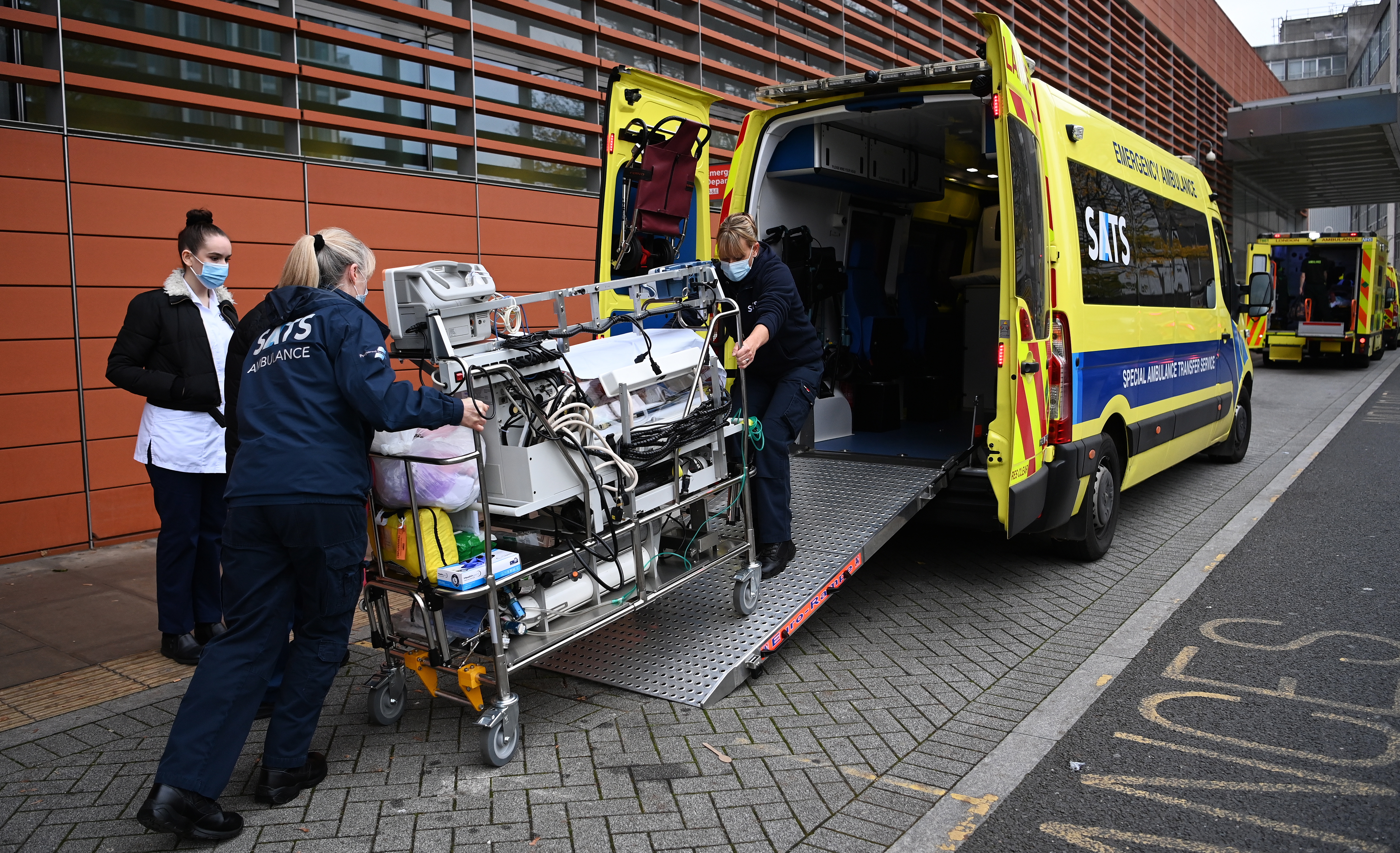 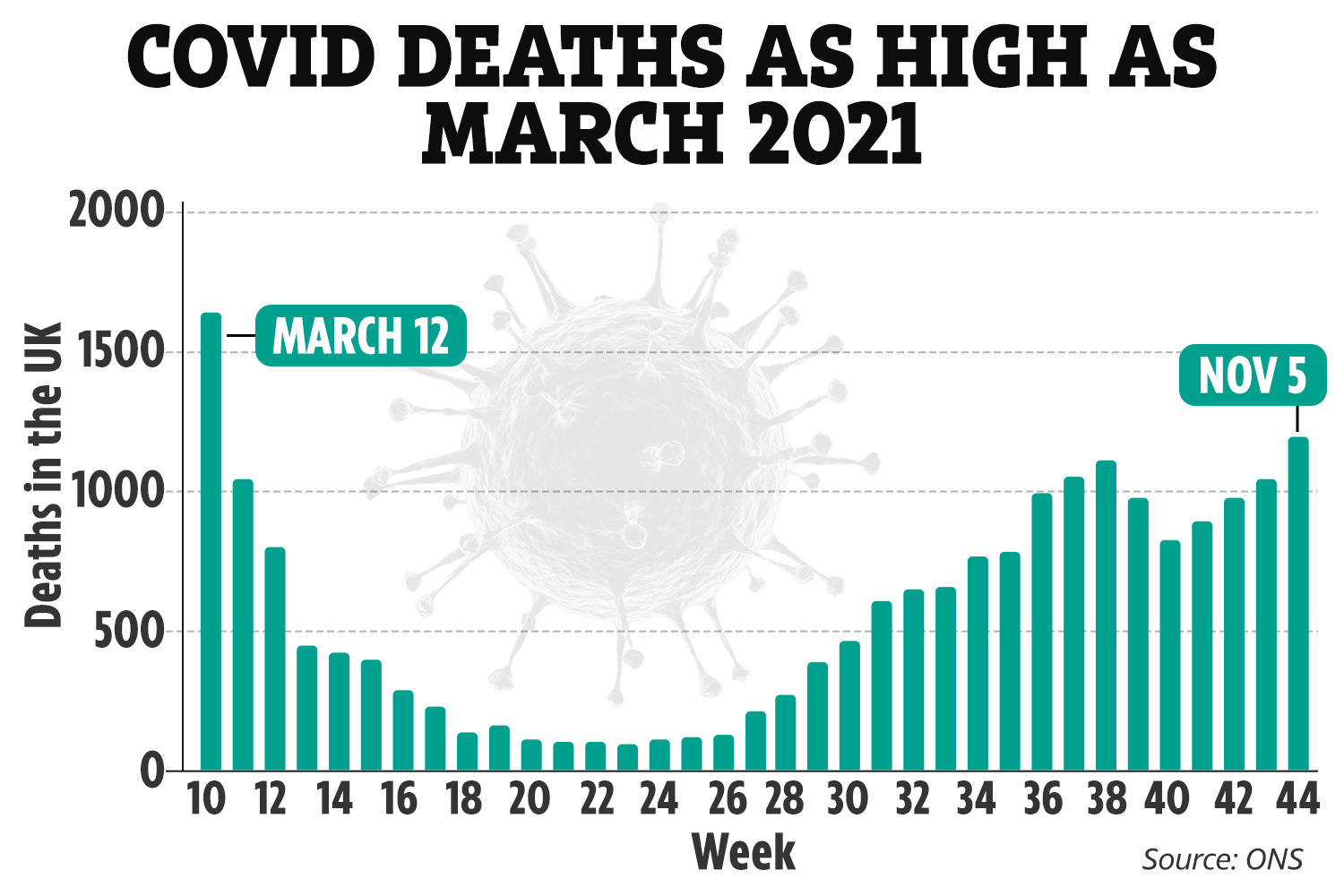 According to the Office for National Statistics (ONS), some 995 Covid deaths were registered in England and Wales in the week to November 5.

This is the highest number since the week to March 12, when 1,501 coronavirus deaths were registered.

Across the UK, 1,194 deaths were registered by home nations, also the highest since March 12.

The victims death certificates mentioned Covid, which means their deaths were caused by, or involved, the disease. This figure has reached 168,600 over the course of the pandemic.

The latest weekly figure for England and Wales is up 16 per cent on the previous week, as deaths have been creeping up for the past four weeks.

Around one in 12 of all deaths across both nations registered mentioned Covid in the most recent week.

“The numbers have been rising pretty consistently, week on week, since mid-June, with the exception of just two weeks at the end of September and start of October,” he said.

The Government data, which counts deaths in anyone who had a positive Covid test 28 days prior, shows fatalities have been broadly flat, with a dip in the past week.

Prime Minister Boris Johnson said we “cannot be complacent” as the UK approaches winter, with all hopes of controlling the virus pinned on the booster programme.

Downing Street said today: “The PM stressed that vaccines remain our main defence against the virus.

“He added that we are still not yet out of the woods and we cannot be complacent which is why we must encourage everyone to continue doing their bit as winter approaches.

“Cabinet concluded with an update on COVID 19 with the PM highlighting yesterday’s announcement that we are now expanding the booster programme to include 40-49 year olds and starting to give 16 and 17 year olds their second jabs.”

At yesterday’s Downing Street briefing, the PM warned that if deaths rose to levels seen in Europe, restrictions may be needed.

He said that the number of deaths were “broadly flat”, averaging at 166 deaths per day.

And hospital admissions were “mercifully lower” than at the peak of the second wave – but still significant.

Mr Johnson said while the data did not show, at the moment, that any additional measures were needed, he could not rule out a lockdown over Christmas if case rates rose.

The “storm clouds” of Covid forming over Europe can only be avoided with more vaccines in arms, he said.

The PM said “we need to see those 50-plus groups and the 60-plus groups – who can also wind up in hospital very, very easily – getting their booster” as soon as possible.

Boosters, given six months after the second dose, push vaccine efficacy against symptomatic Covid back up to 93 per cent and over, according to data from the UK Health Security Agency (UKHSA).

Without the top-up dose, protection against symptomatic illness wanes to around 45 to 65 per cent, and 75 to 90 per cent against hospitalisation, after six months.

Although protection is still high, on a population level it can be the difference between hundreds and potentially thousands of hospital admissions and deaths, experts say.

Ministers accepted on Monday a recommendation from the Joint Committee on Vaccination and Immunisation (JCVI) that the booster programme should be extended to include people aged 40 to 49.

The JCVI also said that offering a second jab to 16 and 17-year-olds will “help extend our protection into 2022”. 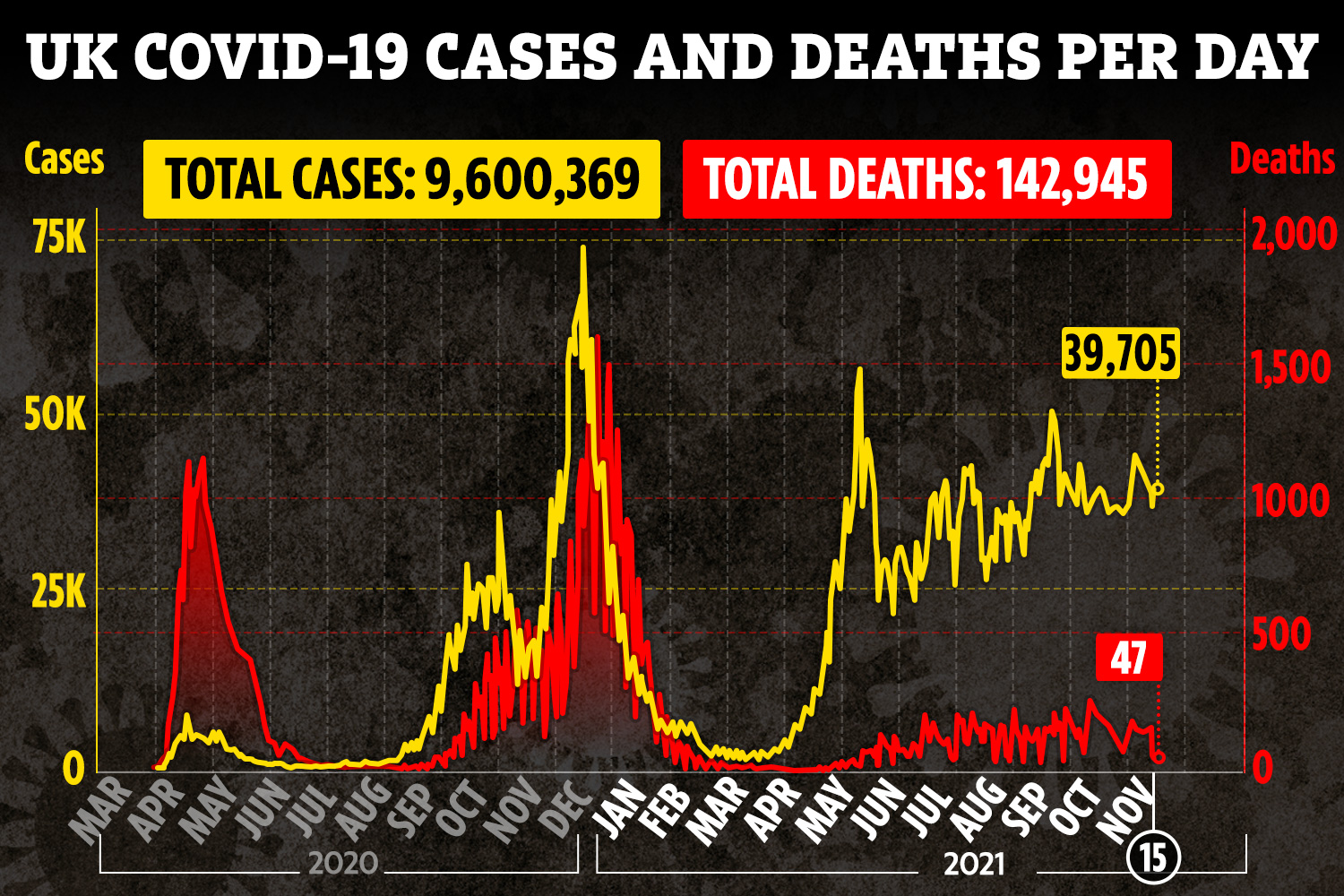