Beat the cistern: TOM RAWSTORNE tests out loo roll which is delivered by post after falling victim to stockpilers during the first wave of lockdown

Arriving home from school, my ten-year-old daughter spots a giant cardboard box on the doorstep.

‘Is it for me?’ she asks excitedly, as she starts to rip it open.

‘Yes. Well, sort of,’ I reply, only to see her look of disappointment as she realises what is within — toilet paper, 48 rolls to be precise.

She makes a swift exit before I have a chance to explain that this isn’t just bog-standard bog roll. 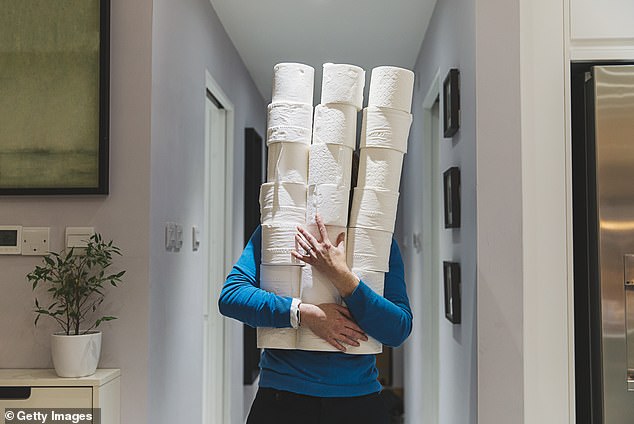 After he and his wife scoffed at people stockpiling toilet roll during the first wave of lockdown, Tom Rawstorne was scrambling around trying to find rolls online when they ran out and couldn’t get their hands on any. Picture: Stock

For starters, it’s from a company called Who Gives A Crap. The rolls are extra long, the paper 100 per cent recycled, yet promising three-ply luxury. Better still, it boasts a subscription service which means a delivery every eight weeks. A small step for mankind, a giant leap for our family.

Because, as a father of three, I’ve learnt from bitter experience that there are two things in life you are destined to run out of when you can least afford to: printer ink and loo paper. At no stage will anyone mention the fact that we’ve reached critical levels of either until the last drop has been drained or the final sheet flushed away.

Now, as in March, shops are reporting panic-buying of toilet rolls. Photographs show stripped shelves and masked shoppers wheeling mountains of the stuff to their cars.

The last time, my wife and I resisted the urge, scoffing at the stockpilers, until we discovered the joke was on us. While I studied YouTube videos on how to turn a toilet into a bidet, my wife scoured the internet until she found some industrial-sized wheels of loo paper. They were long-lasting, but far too unwieldy to be a long-term solution.

The experience left me determined to do things differently. Surely, in the 21st century, there’s an easier way to stay supplied with something so mundane? With a second wave upon us, here are options that could leave you, and the wider world, sitting pretty. 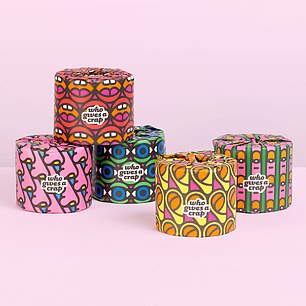 Offering bamboo-based or recycled loo paper, Who Gives A Crap aims to help the environment and the lives of people in developing countries.

That compares with nine rolls of Andrex Gentle Clean being sold online by Tesco at 22p per 100 sheets.

The rolls are made with no inks, dyes or scents, and there is no plastic in the packaging.

The company also offers a 15 per cent discount with its subscription service, which means it will send you another box in eight weeks’ time. It estimates that this is an ‘ideal’ gap for a five-strong family. 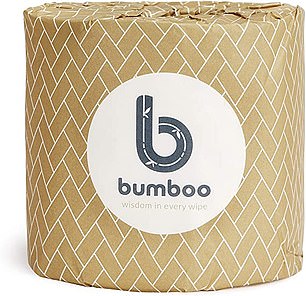 bumboo loo rolls, as the name suggests, are ‘tree-free’ and made from bamboo grown without the use of chemicals, pesticides or fertilisers.

Bamboo is eco-friendly as it can be harvested in three years and will grow for up to 70 years. It also produces a paper that, its makers claim, is softer than recycled paper fibres. 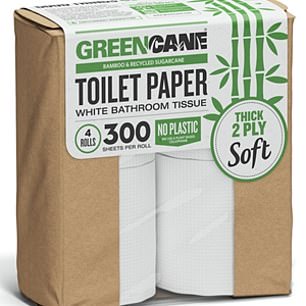 Greencane – Tom’s Verdict: Thinner than other options, but the use of waste sugarcane makes this a good green choice

Greencane loo paper is made using a mix of bamboo and recycled sugarcane, a by-product of the sugar industry, with the aim of saving forests used to produce paper goods. Indeed, the company boasts that every tonne of recycled sugarcane pulp used saves 17 trees. 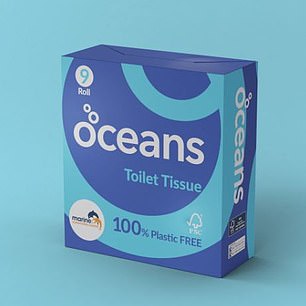 Oceans – Tom’s Verdict: The toilet paper is not the greenest, but the packaging is plastic-free

Verdict: Thinner than other options, but the use of waste sugarcane makes this a good green choice.

Oceans promises to help you ‘save sea creatures with toilet tissue’. It donates a quarter of all profits to the Marine Conservation Society to help protect our seas, shores and wildlife. The paper is three-ply and made from sustainable UK wood. 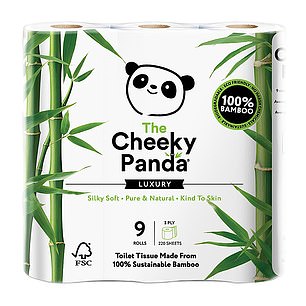 The Cheeky Panda – Tom’s Verdict: All the eco-benefits of bamboo, but quite expensive

Verdict: The toilet paper is not the greenest, but the packaging is plastic-free.

This bamboo-based product promises to be hypoallergenic.

The bamboo is grown in China, but you won’t be depriving pandas of their favourite food as this variety grows far away from the animals’ natural habitat. 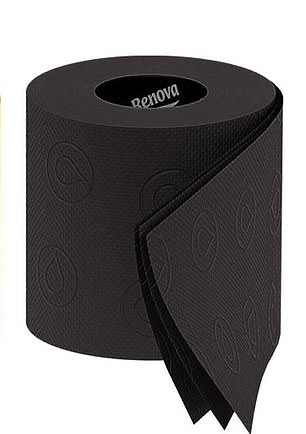 Renova – Tom’s Verdict: Pricey, and less green than the others

Verdict: All the eco-benefits of bamboo, but quite expensive.

… and finally, if you want to follow in the footsteps of Simon Cowell, then Portuguese luxury toilet paper manufacturer Renova is for you.

But each roll is three-ply, lightly scented, made from virgin pulp (no recycled content), and is ‘colourfast for its intended use’.

Verdict: Pricey, and less green than the others.