A hairdresser has revealed how she can go for up to eight weeks without washing her hair and insists it’s the key to healthy-looking locks.

Hairdresser and mum-of-three, Michelle Dennis, from Queensland took to TikTok to reveal her four step method to less greasy hair.

In her video, captioned, ‘I can go with out washing for 8 weeks! Do you suffer with oily hair or over dry ends? It’s because you’re over washing it’, she said that patience is key and it’s a method you have to stick with to see results.

Dennis, who started hairdressing at the age of 14 can be seen dancing to instructions popping up on the screen while sporting a luscious, shiny bob.

To start the process you will need to prolong washing your hair ‘to the next day or two,’ she explained.

Once this is achieved she states that persistence is key and over the next few months you should resist washing your hair for a few extra days each time.

Once you’ve successfully kept this up, and you feel your hair has adjusted you will add another day every month for six months.

The final step is to persist over the coming months, adding extra days as you continue, until you get to eight weeks and your hair is accustomed to your new routine. 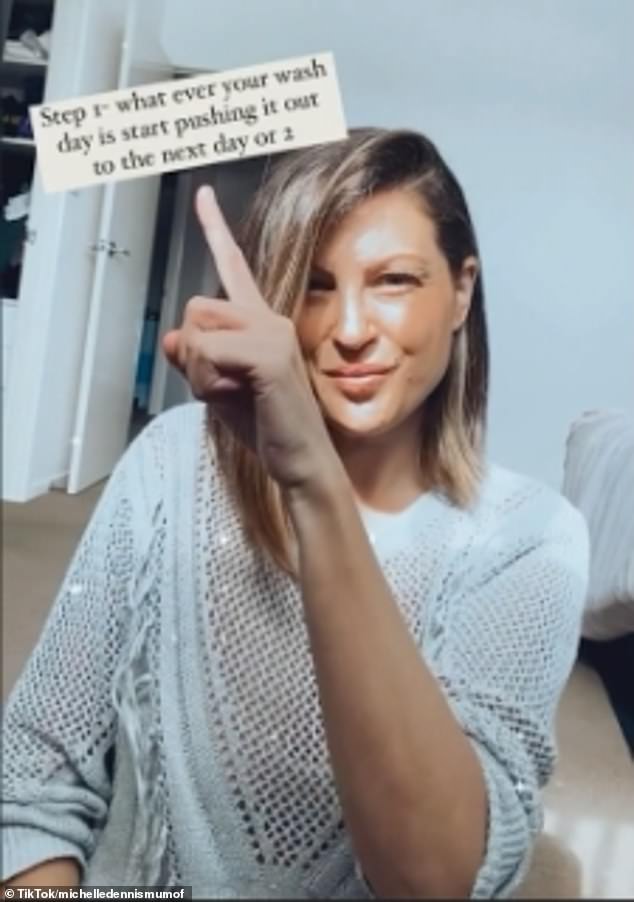 Michelle Dennis, a hairdresser from Australia, runs a hairdressing service called MISHEKO which she operates from Brisbane 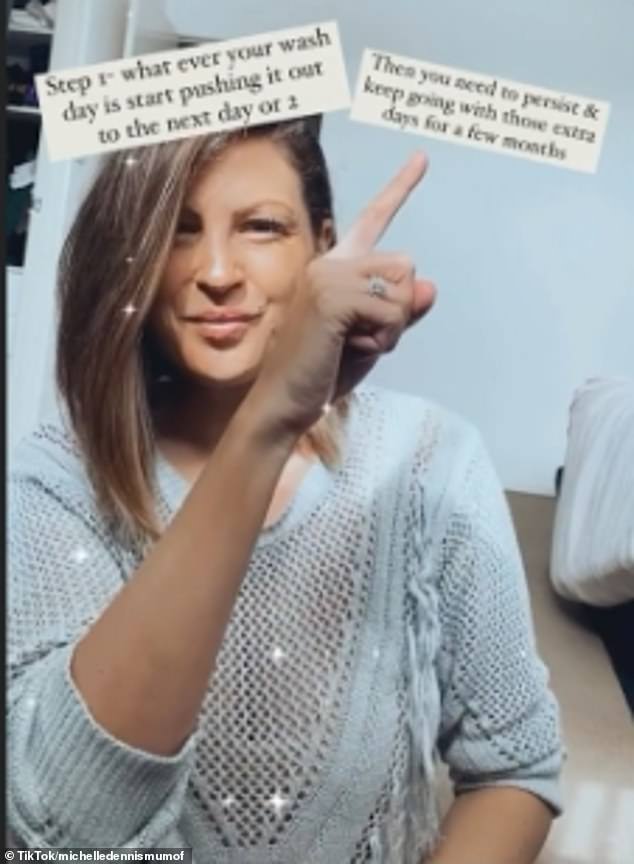 She trained professionally under the Head Directors at Toni & Guy. Her journey with saw her complete her advanced course with this world leading salon for 12 months

Commenters on the video were intrigued and some even claimed the routine had started working for them.

One posted ‘I’ve gone from washing my hair daily to once a week and I can feel a difference.’

Another confessed, ‘I’m a five weeks kinda girl, the longest I’ve gone without washing my hair is about 7 weeks.’ 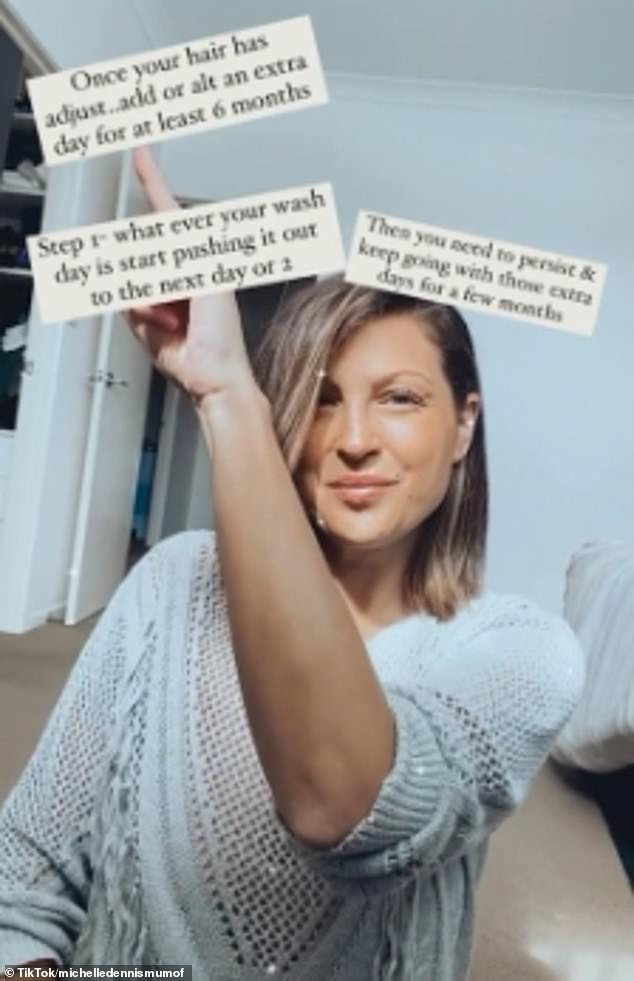 Most commenters on her video were excited to try the routine, and many were already on their journey to less greasy hair 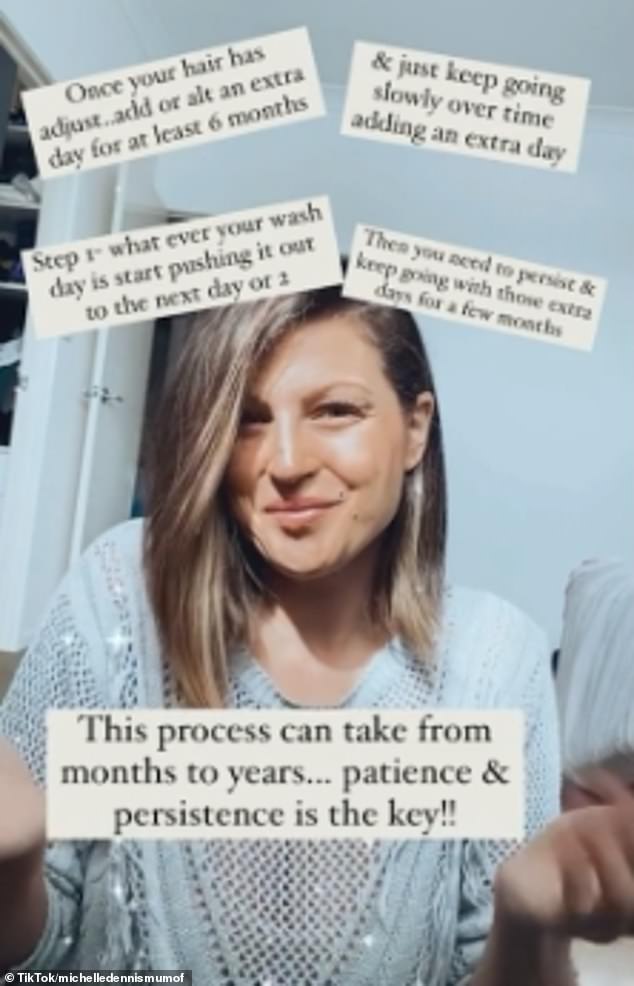 One commenter was trying the process but couldn’t get past the ten day mark without it feeling ‘nasty.’

‘Once a week for me’ noted one woman.

Another was concerned that the amount of exercise and hair gel she uses would stop her from committing to anything longer than washing it ‘every second day.’