Look out Lil Nas X, there is a grandfather in town who knows how to dance to “Old Town Road.”

Braynt, wearing a Harley Davidson t-shirt, jammed out, squatting down and touching his feet, while Ella focused on her own moves, even doing a little air guitar.

The pair both live in Harrisburg, Pennsylvania, and spend a lot of time together, most of which involves dancing, according to Ella’s mom, Nicole Bryant.

“[The video] is pretty much a day in the life with those two,” she told “Good Morning America.” “He and Ella are very close and she adores her grandfather.”

Henry Bryant was born in Georgia and loves to ride horses, which has earned him the nickname of “Cowboy,” according to Nicole Bryant, his daughter-in-law. 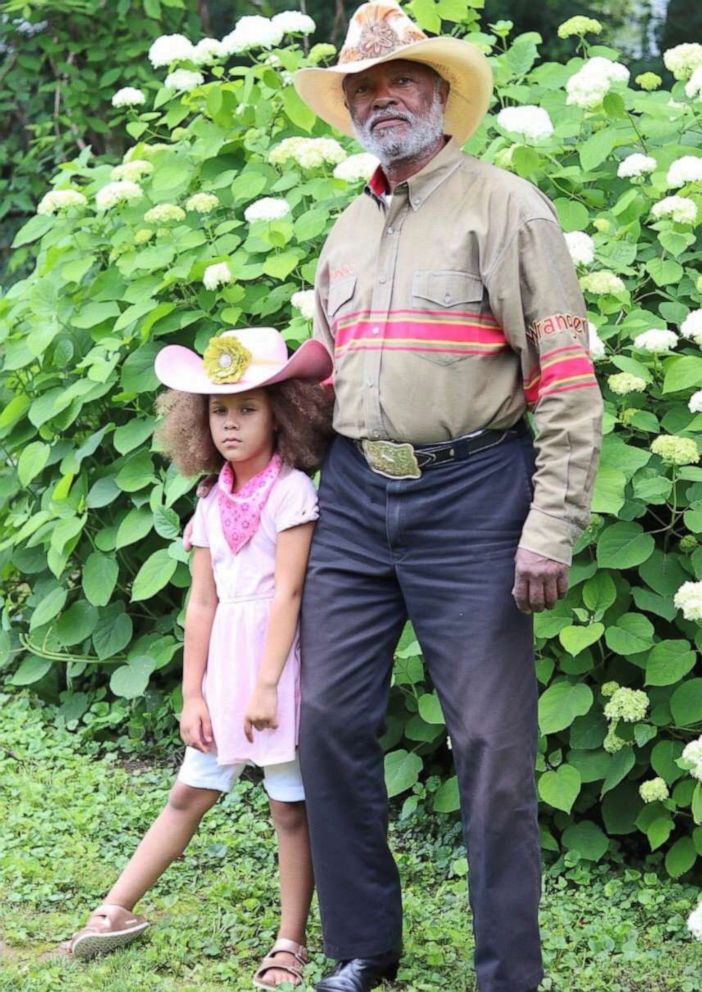 When Ella heard “Old Town Road,” which also features Billy Ray Cyrus, on the radio her mom said she rushed to show it to Poppy, her name for her grandfather.

“She had a whole dance thing to show him, like she mimics riding a horse,” said Nicole Bryant. “He loved the song so they’ve been dancing to it non-stop.”

“I recorded it because I thought no one is going to believe that my father-in-law is dropping it low and my daughter is fake riding a horse,” she said of the video.

Nicole Bryant recorded the video in mid-May, one week before Ella’s sixth birthday. She sent the video to “GMA” meteorologist Ginger Zee on Facebook and it aired on the show Thursday as the “GMA Moment.”