The New Year is upon us, and with it comes a host of international superstars to fill our city’s stadiums and festival grounds.

But sprinkled between those shows are a selection of intimate and innovative live performances, mostly during the Sydney Festival, which promise to be equally memorable.

To help you get your head around the musical treats on offer in January, here’s a selection of our must-see gigs. 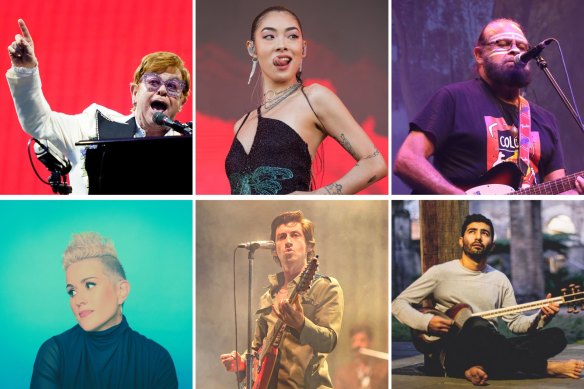 Sydney’s celebration of electronic, indie and hip-hop music returns to The Domain to dust off the New Year’s Eve cobwebs and launch into 2023. Last year’s festival featured a smaller lineup of local artists, but the return of major international headliners should be enough to pack out the Domain. 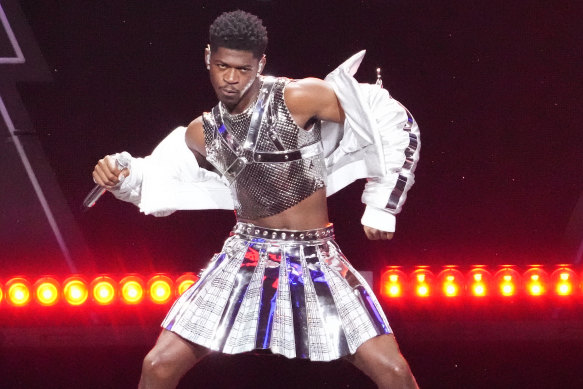 Lil Nas X is a natural performer not to be missed.Credit:AP

He has variously been described as a groundbreaker, a troublemaker and a “satanist”, but none of that matters when Hill steps onstage; he is a natural performer and this is a show not to be missed. 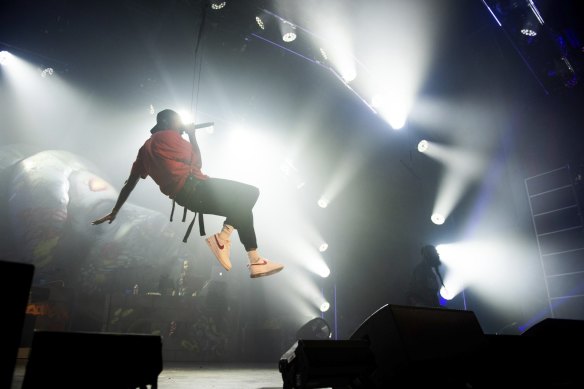 Five years after a sold-out tour of Australia, Joey Badass (born Jo-Vaughn Virginie Scott) returns to Sydney to perform his third studio album 2000, the sequel to the critically acclaimed debut 1999 released when he was just 17 years old. Now 27, Scott is described as a millennial rapper with an old soul, but has managed to attract a sizeable Gen Z fan base, who book out shows almost anywhere he goes.

The Enmore Theatre is, predictably, sold out once more, and for good reason; Joey Badass’ music is a rare throwback to ’90s style hip-hop that fans of all generations can get behind. 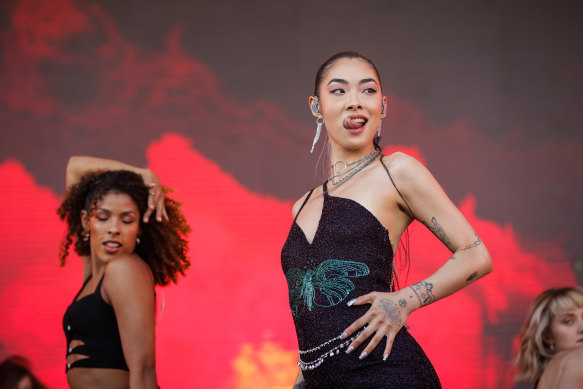 When Elton John first heard Rina Sawayama’s debut album, Sawayama, it blew him away: “I had to call her up and tell her how brilliant it was.”

John clearly sees something of himself in Sawayama, a glamorous popstar who dips into other genres to push the contemporary boundaries of pop. Her follow-up album, Hold the Girl, is less experimental and more pure pop hits. From the title track to the drum-driven To Be Alive, Sawayama seems to grow into the hyper-pop star she seems destined to become. Based on this trajectory, this one night at the Roundhouse might be a rare and final chance to catch Sawayama in a smaller, more intimate venue. 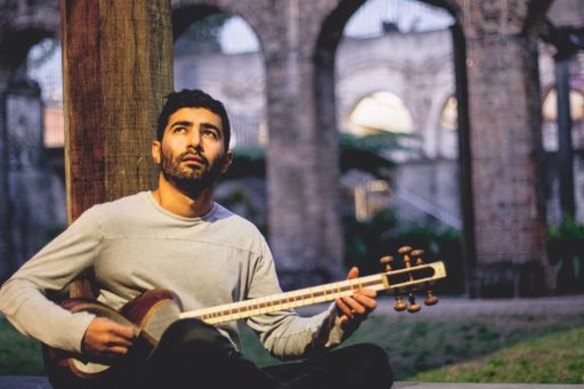 Iranian multi-instrumentalist Hamed Sadeghi will perform at the Sydney Festival.Credit:

Sydney Festival regulars may already be familiar with Hamed Sadeghi, the Iranian multi-instrumentalist whose work on the tar (a type of Persian fretted lute) is capable of conveying profound sadness and inimitable beauty.

This time he will perform a new work inspired by Sufi mysticism alongside his six-piece brass, double bass and percussion ensemble in the Australian Chamber Orchestra’s headquarters at Dawes Point. Blending Sadeghi’s classic Persian style with more contemporary improvisational forms including jazz, this show is a highlight on the Sydney Festival calendar. 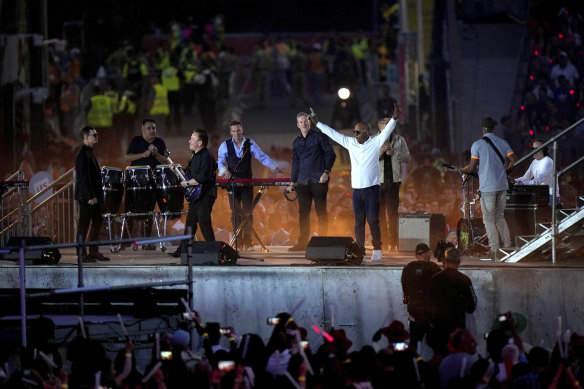 UB40 perform during the closing ceremony for the 2022 Commonwealth Games in their hometown of Birmingham.Credit:AP

This re-scheduled show sees the quintessential UK reggae band return to Australia after previous sold-out tours in 2015, 2017 and 2018.

Their 40th anniversary tour promises to offer audiences a taste of their greatest hits including Red Red Wine, Falling in Love, and Kingston Town, alongside tracks from their latest album For The Many. If their hometown performance at the Birmingham Commonwealth Games earlier this year is anything to go by, they’ve still got it. And will show it off again at Luna Park’s Big Top. 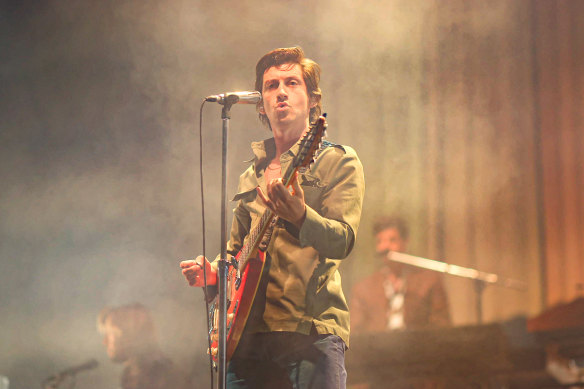 Alex Turner, of Arctic Monkeys, who will play at The Domain on January 14. Credit:Getty Images

Their piano-led 2018 album Tranquility Base Hotel & Casino may have divided fans of the garage-rock sensations from Sheffield, but if headline slots at two summer festivals and a sold-out tour of Australia are anything to go by, Arctic Monkeys remain one of the world’s biggest bands.

Some of the slow ballads from that record and their latest release, The Car, might not get a full play here, unlike their headline shows at Falls Festival and Heaps Good Festival. But expect the lights to dim and mirror ball to be lowered at some stage in The Domain. 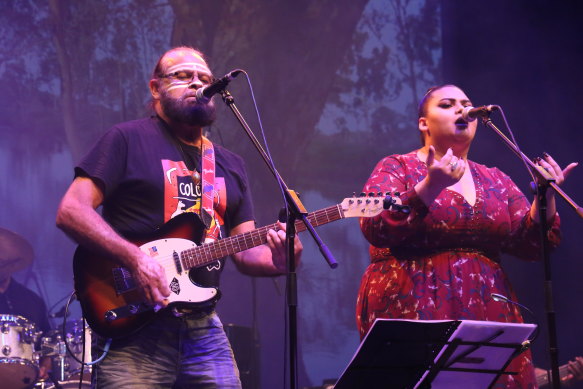 Coloured Stone will play at the Sydney Festival’s Weary Traveller in January.Credit:

Buried underneath the unmistakeable Harry Seidler mushroom building in Martin Place, the Weary Traveller is an unrenovated and unpretentious throwback to 1970s club culture. The venue will host 34 music acts over 16 nights as part of the Sydney Festival, and Indigenous rock-reggae band Coloured Stone is one of the highlights, 38 years after the release of their enduring Indigenous pride anthem Black Boy. 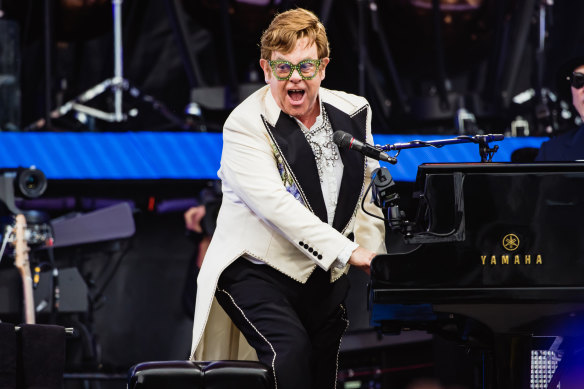 Elton John will return to Sydney for the third and final time on his farewell tour. Credit:

Only Elton John could stage a farewell tour spanning five years, three continents and more than 300 shows. After visits to Australia in 2019 and 2020, the Farewell Yellow Brick Road tour will make a third and final stop in Sydney in January before (supposedly) winding up in July.

Elton fans will need no excuse to come along to his “final” farewell, but collaborations with Dua Lipa, Britney Spears and Lil Nas X on the 2021 album The Lockdown Sessions may bring a new generation of fans to the final kick up of his sequined heels.

Joni Mitchell’s Blue holds a special place in the hearts of many, and is regarded by Rolling Stone as the third-greatest album of all time. Fifty years after its release, five-time ARIA winner Katie Noonan and a five-piece band will pay tribute during an intimate evening at the Wharf Theatre. Whether you’re a Joni Mitchell tragic or a newcomer to her music, this is one on the Sydney Festival calendar worth checking out. Bring the tissues if you are a Joni tragic.

What gigs are you looking forward to this month? Tell us about them in the comments.