Barry and Iris’ relationship is an integral part of The Flash, and it sounds like it will also be a part of the main storyline in season 8. The couple renewed their vows in the season 7 finale, surrounded by their friends and family (and grown-up children from the future). Barry and Iris were probably the happiest that they had ever been. But, of course, that happiness can’t last long because this is a superhero show on The CW. 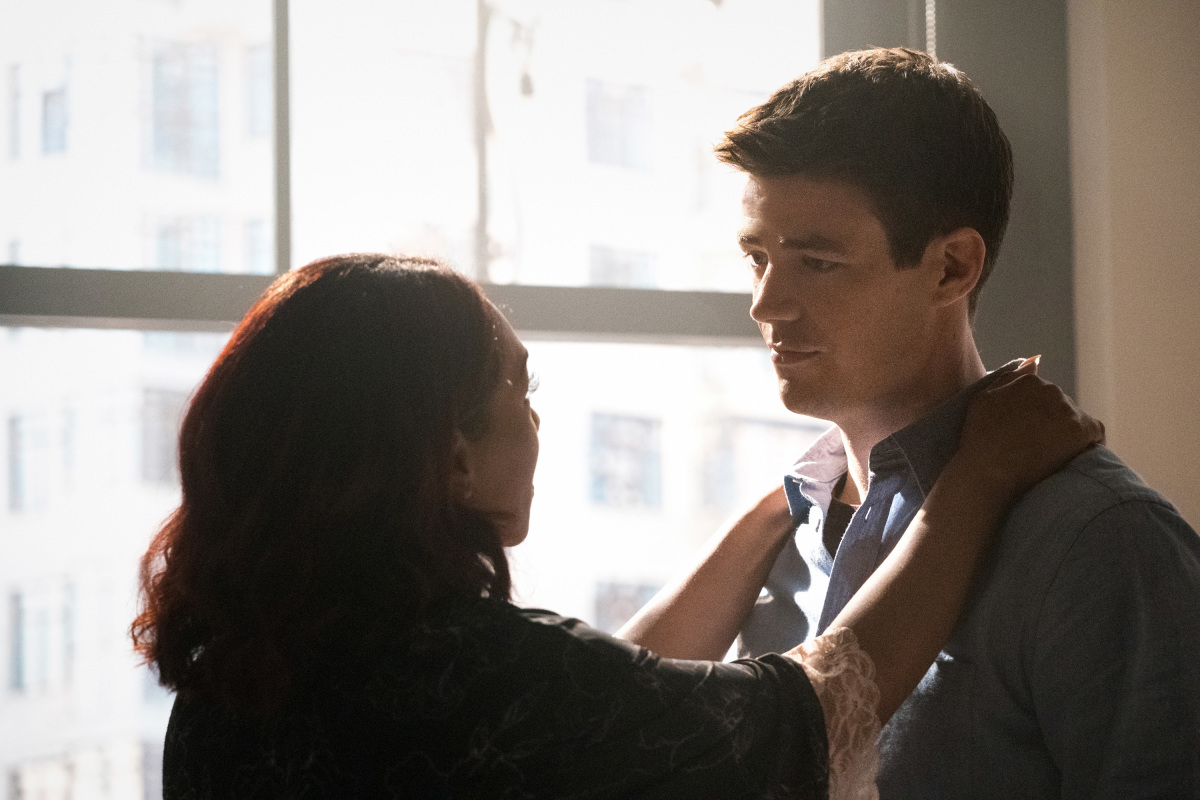 The Flash Season 8 kicks off with a five-part crossover hybrid event titled “Armageddon.”

The synopsis for “Armageddon” reads, “When a powerful alien threat arrives on Earth under mysterious circumstances, Barry, Iris, and the rest of Team Flash are pushed to their limits in a desperate battle to save the world. But with time running out and the fate of humanity at stake, Flash and his companions will also need to enlist the help of some old friends if the forces of good are to prevail.”

Despero, played by Tony Curran, is the alien who will be threatening all human life. And, unfortunately, Despero’s presence in The Flash will also put Barry and Iris’ marriage to the test.

Will Barry and Iris’ marriage survive in ‘The Flash’ Season 8?

During an interview with Entertainment Weekly, The Flash showrunner Eric Wallace discussed the upcoming five-part event and how it will affect Barry and Iris.

Wallace teased, “There’s a reason Barry is having his worst day, and of course [the question becomes], how does that affect his marriage? That’s the second biggest storyline in ‘Armageddon’: the personal Armageddon of marriage. The love between two people, regardless of your gender or how you identify, how do they survive the end of the world?”

Wallace also revealed that Despero tells Barry that he is directly responsible for the forthcoming Armageddon. That, of course, leads Barry to have one of the worst days of his life. In turn, that will affect Barry’s relationship with Iris in The Flash hybrid crossover.

However, Barry and Iris have survived many “end of the world” situations throughout The Flash‘s eight seasons. Hopefully, they’ll make it through “Armageddon” as well.

Barry and Iris want to start a family in ‘The Flash’

Toward the end of The Flash Season 7, Barry and Iris decided to start a family. In episode 15, they believed that Iris was pregnant, but, unfortunately, it was a false alarm.

The Flash star Grant Gustin discussed if Barry and Iris are still trying to have a baby in season 8 with TVLine. Gustin said, “Yes. Subtly, yes. Quickly, there’s too much going on to touch on that on a regular basis, but in the premiere, it’s still a theme. It’s acknowledged.”

Since Barry and Iris are constantly dealing with supervillains and threats to Central City, we wonder if they will ever find time to have a family. Thankfully, we know that Nora and Bart exist somewhere in the future. So, Barry and Iris have to have a baby or two at some point in The Flash.