Nick Viall on reconnecting with ‘Bachelor’ exes for new project

Couples who get stuck together, stick together. Or so “Bachelor” star Nick Viall and girlfriend Natalie Joy may hope.

The loved-up pair recently had a tattoo date at Inked NYC, Inked Magazine’s new parlor in its Chelsea headquarters.

According to pictures shared exclusively with Page Six, the reality star, 41, got an intricate image of the Archangel Michael on his left forearm, and the words “Damaged Not Broken” on his right forearm, just under an older tat of the Manhattan skyline.

They were both done by one of Inked’s resident artists, Shani Nizan.

Meanwhile, Joy, 23, got the number 555 tattooed on the back of her upper arm.

We’re told Viall — who was first linked to Joy in 2019 and first appeared with her publicly for the first time in 2021 — has got something off a tattoo bug lately. Apparently, he started getting them a few months back and has already collected 25. 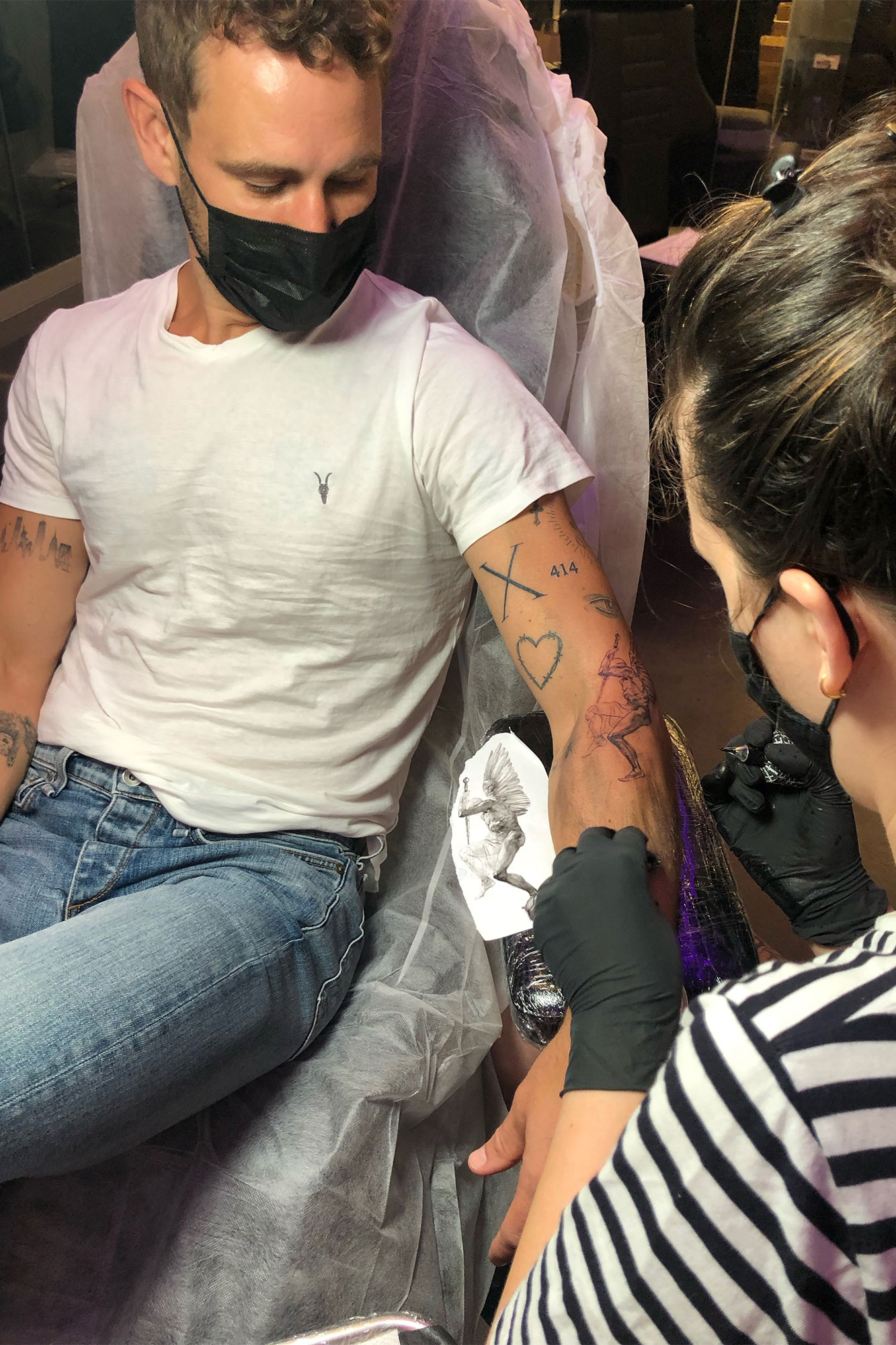 Back in August Viall said on Instagram Stories of his new ink, “[It’s] something I’ve been waiting to do. Each one tells a story of a member of my family [and] a couple are daily reminders to myself.” 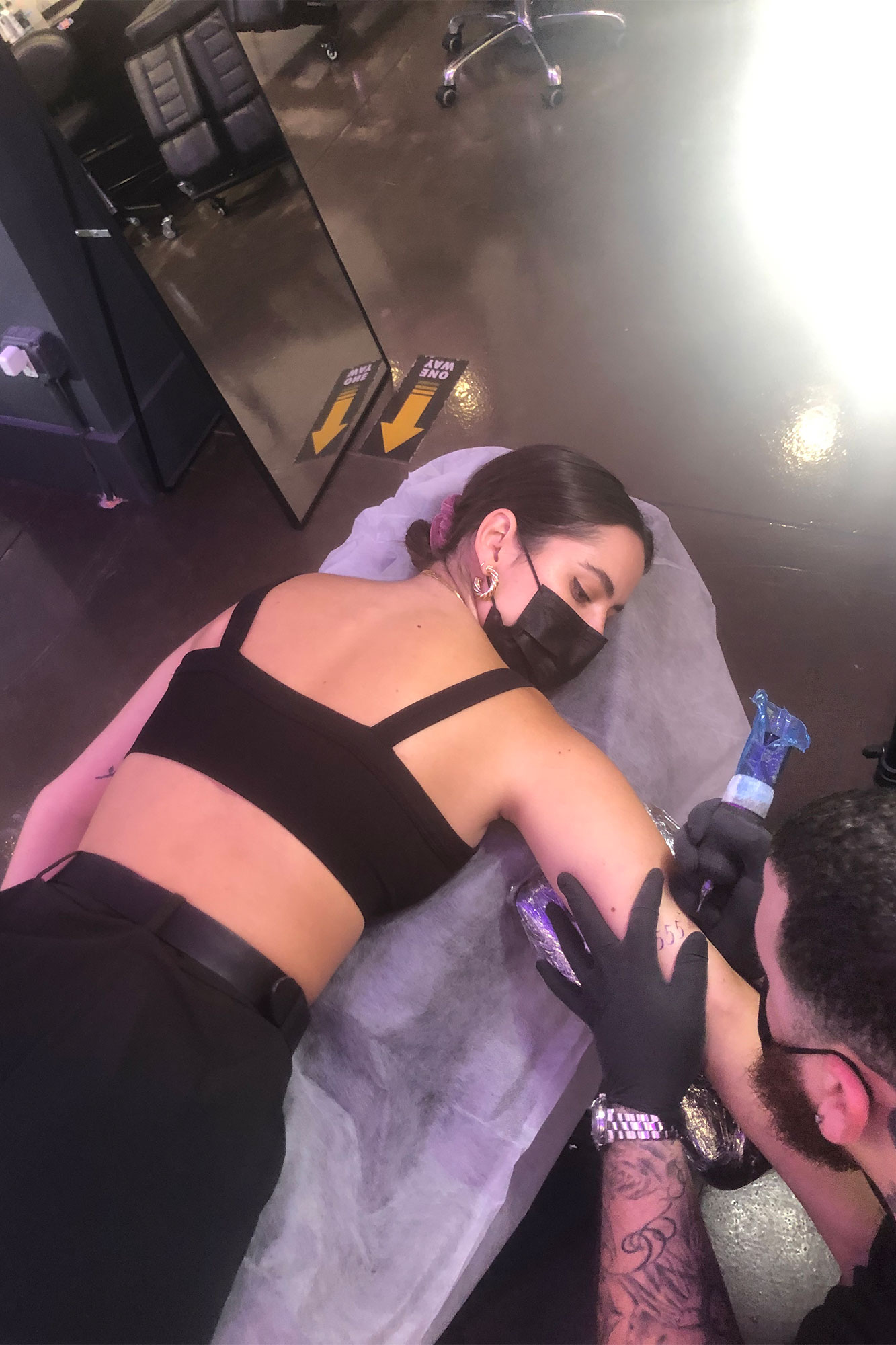 According to his Instagram, they include a picture of his dog Jeff and one of a roaring lion on his chest. 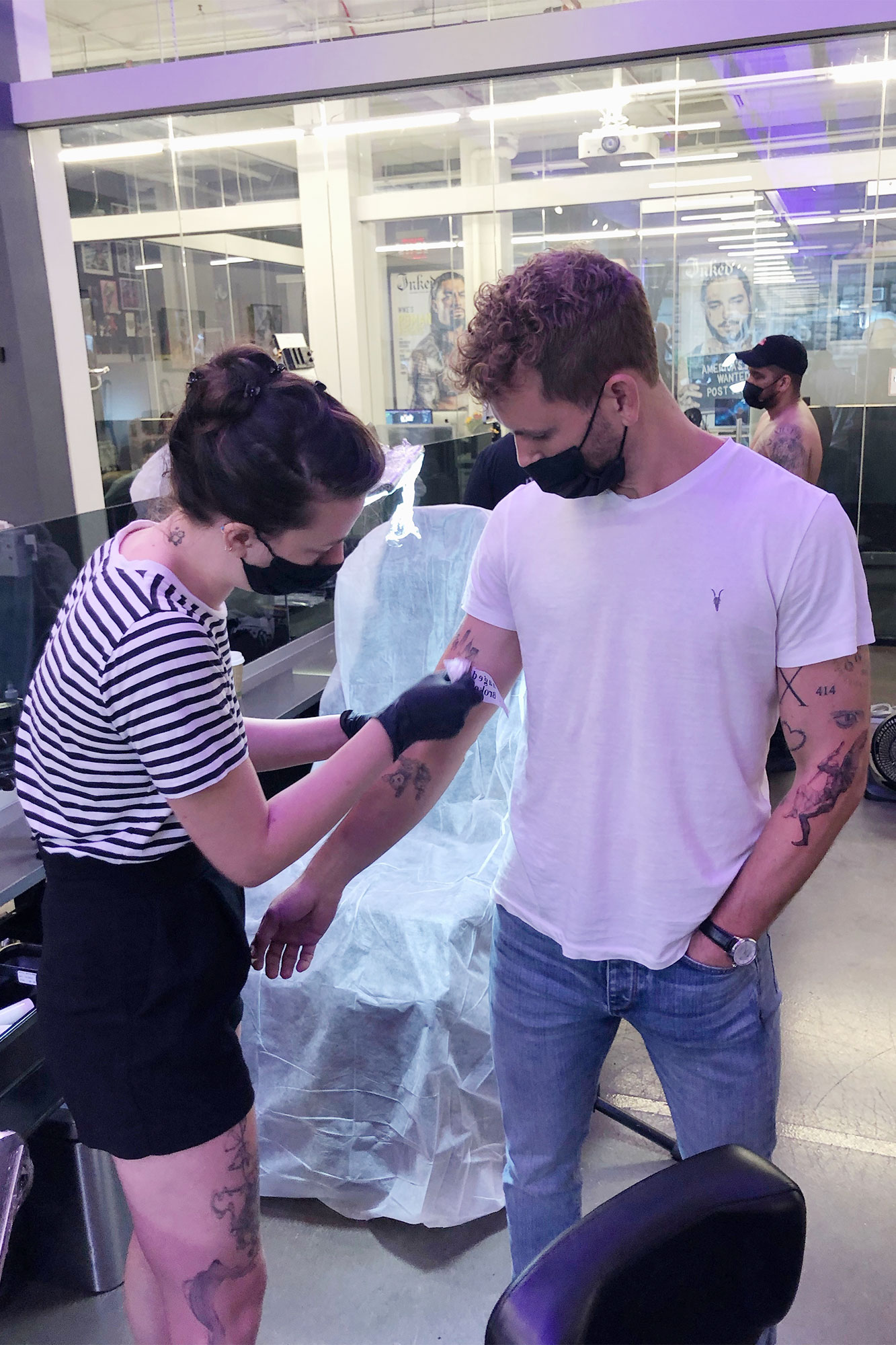 Viall, of course, was the runner-up on two seasons of ABC’s “The Bachelorette” before starring in his own season of the “Bachelor” in 2017. He proposed to Vanessa Grimaldi on the show, but they split the following year.