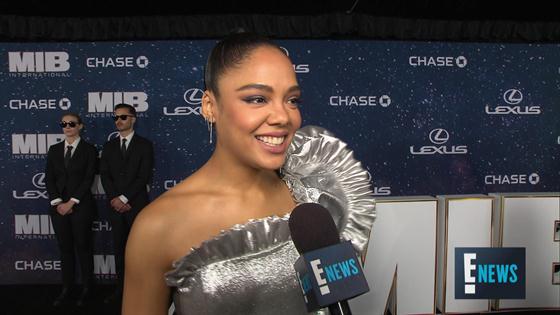 Tessa Thompson continues to be all kinds of goals.

Speaking to E! News at the New York City premiere of Men in Black: International, the 35-year-old actress shared the heartwarming and empowering reason she signed on to a “movie of this scale.” Aside from working with Chris Hemsworth, of course!

For her, she wants to inspire a young generation of women and men. “That’s why I made this movie,” she explained.

“As a woman, you’re so used to going into movies where the hero is a male protagonist, and you relate to it just because that’s what the movie wants you to do,” she said on the red carpet. “I love the idea of young boys going in and relating to this character of [Agent] M, even though she’s a woman.”

She continued, “I think there’s an opportunity to really come closer to someone you consider ‘the other’ in cinema, so that’s why I make films.”

The brunette beauty expressed how proud she felt to be part of this iconic franchise. “I always loved to act as a kid but I never imagined that I would be making movies, never mind movies of this scale.”

She added, “To be able to work inside of a universe that I’ve admired so deeply, and this franchise, has been such a dream. I really can’t believe it.” 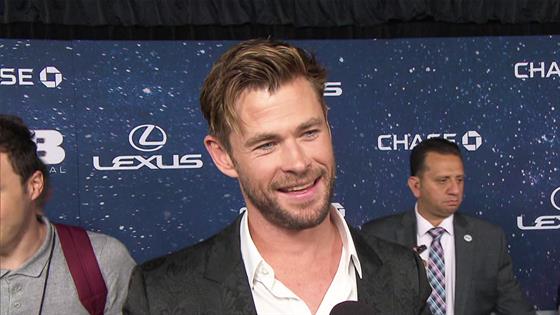 As for Hemsworth, who is working with Thompson for a third time (they worked together on Thor: Ragnarok and Avengers: Endgame), he explained the two “complement each other perfectly.”

“She has a very analytical, prepped [and] focused way of looking at the script,” he told E! News at the NYC premiere. “I have a sort of messier approach, and I think we complement each other perfectly in that sense.”

Similar to the 35-year-old actress’ character in Men in Black: International, the Australian native shared the many ways his 7-year-old daughter India Rose is the leader of the pack in his household.

“She runs the house and rivals my wife in that sense, and certainly controls the boys,” he explained, adding, “[She] puts her foot down and tells it how it is.”

Before you watch the movie, which hits theaters nationwide on June 14, take a look at our interviews with the Men in Black agents themselves! Plus, find out if they really believe in aliens.