A college student’s grave kitchen mistake led to her air fryer exploding, and TikTok users are saying they do the same thing.

Abbey Trbovich, 20, shared a video of her destroyed air fryer to TikTok on Wednesday, Nov. 6. Accompanying the eight-second clip she wrote: “10 firemen and one hash brown later.”

The air fryer in question is sitting in her sink with what appears to be a melted base and exposed wiring. But, it wasn’t the air fryer that was faulty.

Trbovich replied to curious commenters letting them know that her air fryer blew up because she placed it on her stove and accidentally turned the burner on.

In the video, a white substance can be seen sprinkled on her flattop electric stove, which appears to have a digital touchscreen.

“You’re done, you’re done,” someone told Trbovich from behind the camera.

The video has been viewed by more than 6.6 million people on TikTok. Thousands of commenters chimed in about the dangerous incident, some of whom were neighbors who had to evacuate the building when it happened.

Others took the opportunity to chastise Trbovich about her mistake, but there were also a brave few who admitted to putting their air fryers in the same position.

“Did u accidentally turn ur stovetop on w/ airfryer ontop? Bc I did that,” one commenter wrote to Trbovich. “Melted the whole thing. I caught it b4 it caught on [fire] tho. 2nd degree burns.”

“OMG I didn’t know it couldn’t be put on the stove! TikTok here saving my life,” another commenter shared.

Some TikTok users tried to reason that air fryers can be placed on stovetops so long as the stove stays off, but most commercial air fryer manufacturers say otherwise. 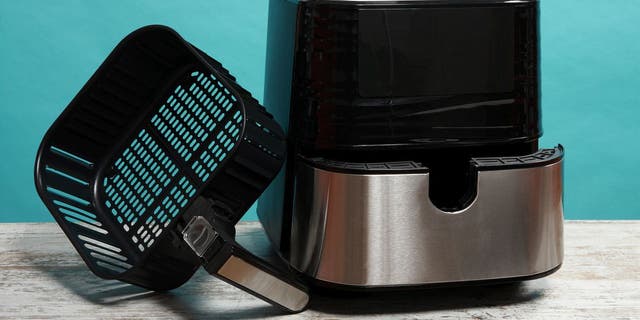 A college student’s grave kitchen mistake led to her air fryer exploding, and TikTok users are saying they do the same thing.
(iStock)

The brand Trbovich was using – Gourmia – has warnings against placing air fryers on stovetops printed in the safeguards section of their user manuals.

Gourmia’s safeguard excerpt says, “Do not place the appliance on or near combustible materials such as a tablecloth or curtain. The accessible surfaces may become hot during use. Do not place on or near a hot gas or electric burner, or in a heated oven.”

A spokesperson for Gourmia confirmed to Fox News that the company and many other kitchen appliance brands recommend against putting air fryers on stovetops because a stove can be turned on accidentally, which could result in a fire.

Trbovich did not immediately respond to Fox News’ request for comment. Though, she did make sure to her neighbors and schoolmates at Michigan State University.

A spokesperson for MSU told Fox News that the unfortunate air fryer incident happened in off-campus housing and firefighters were called in to handle the aftermath. 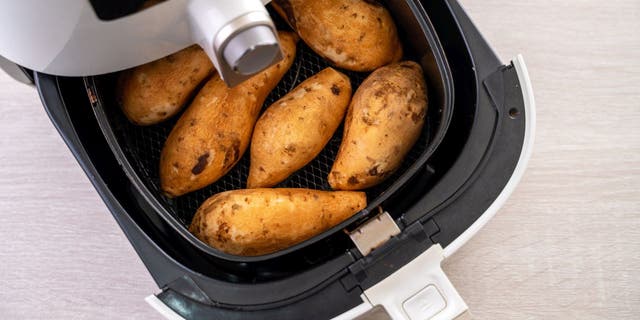 Some TikTok users tried to reason that air fryers can be placed on stovetops so long as the stove stays off, but most commercial air fryer manufacturers say otherwise.
(iStock)

Per guidelines set by the MSU Residence Education and Housing services, air fryers are not allowed in student dorms along with a list of other kitchen appliances, including indoor grills, Panini presses, pressure cookers, toaster ovens and hot plates.

“It is important that students be safe and follow the directions and instructions included with appliances,” MSU told Fox. “We also encourage students to sign up for renters’ insurance.”

Fox News reached out to the East Lansing Fire Department for comment.