A Grade II-listed stately home set in grounds of 24 acres and once owned by the 1st Marquess of Camden, who wined and dined royalty, politicians and aristocrats there, has been turned into 23 regal apartments and eight Scandi-style mews homes for residents of a certain vintage.

Wildernesse House, a seven-minute drive from the upmarket Kent town of Sevenoaks, dates back to 1327 and has had a string of prolific owners and visitors during its 700-year history.

Now though, developers have given the hallowed Kent home a 21st century makeover that includes a spa, swimming pool, gourmet restaurant and cocktail bar in a bid to emulate US-style later life community living.

Newly-built Mews Houses close to Wildernesse House start from £625,000 while apartments in the main house cost from a princely £970,000.

The chestnut trees lining the private driveway to the honey-bricked Jacobean home were planted in 1509 to commemorate King Henry VIII’s marriage to Catherine of Arragon and guests of John Pratt, aka the Marquess of Camden, included the Duke of Wellington, Prime Minister William Pitt the Younger and Clementina Churchill, a relative of Winston Churchill. 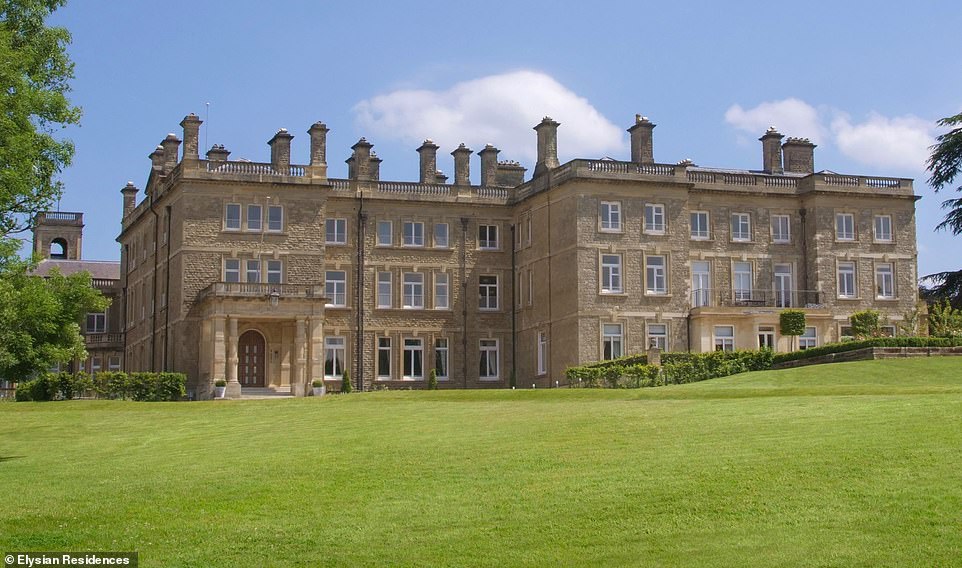 Wildernesse House: After closing as a school in 2013, the stunning stately home in the town of Sevenoaks, Kent, was bought by Elysian Residences in 2020 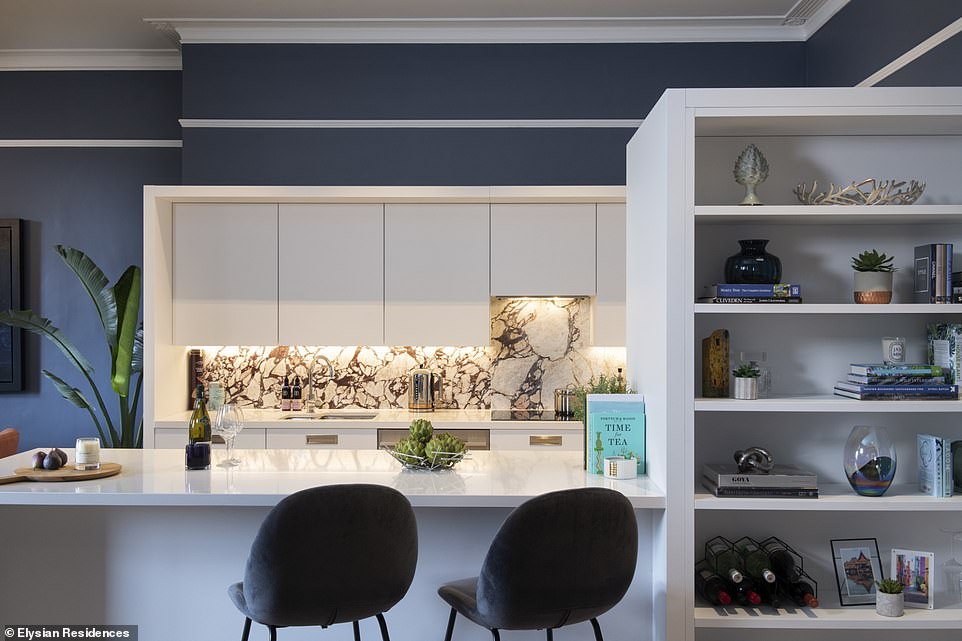 Originally built in 1327, the 7fmarble00-year-old property has been transformed into a US-style retirement village, with on-point interiors and facilities including a spa, swimming pool, gourmet restaurant and cocktail bar (Pictured: a kitchen in one of the apartments) 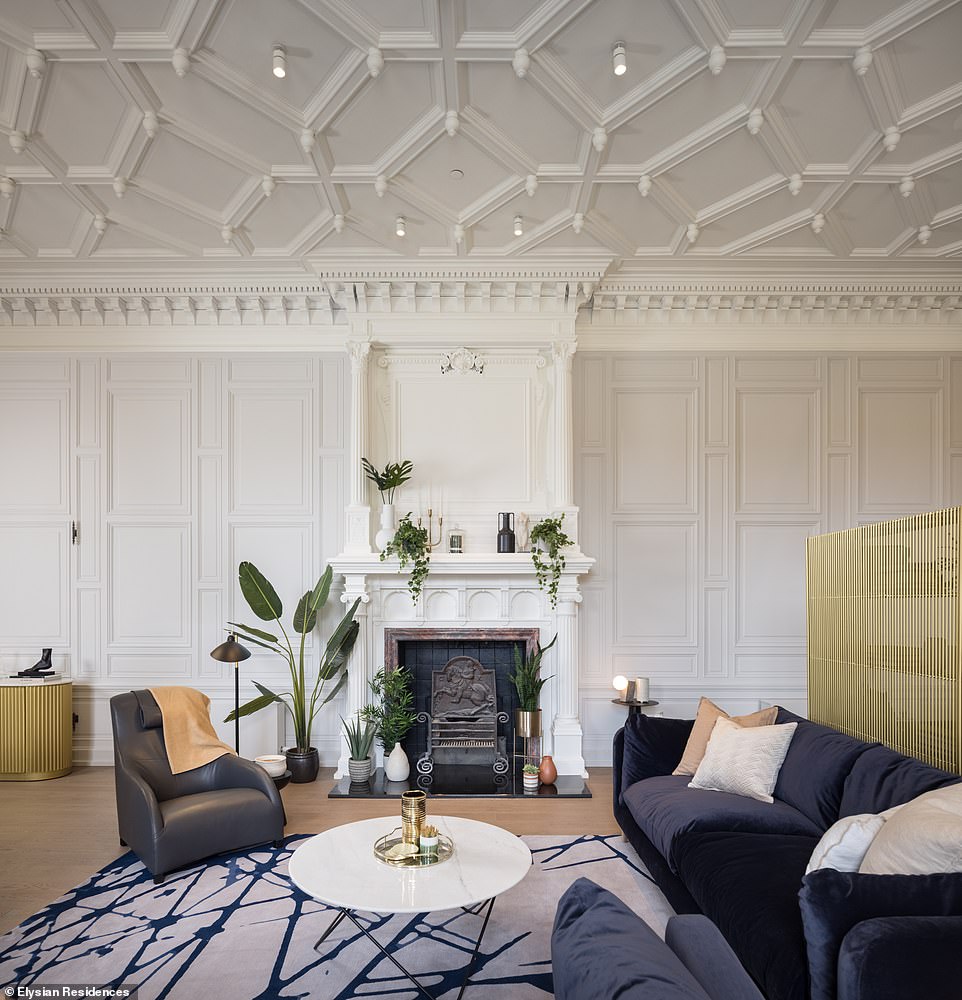 Mews Houses start from £970,000 while apartments are on the market from £625,000 for later life residents. Pictured, a stylish living room area

The last private individual to own Wildernesse House was George Fawcett, who purchased the property in 1927, turning the estate into a golf and country club which operated until 1954 when it became a school.

However, since 2013, the English country home has been without residents and in 2020, Elysian Residences acquired the site with plans to transform Wildernesse House into a retirement community, with the first guests finally getting the keys to their properties later this year.

In 1866, John Charles Pratt (1840-1872), the 3rd Marquess of Camden, leased Wildernesse House to Charles Henry Mills, who married heiress Lady Louisa Isabella in 1853, the daughter of the 3rd Earl of Harewood, selling it outright to Mills in 1884, two years prior to him becoming Lord Hillingdon in 1886.

Lord Hillingdon was one of Britain’s wealthiest bankers with a £150million fortune and a controlling stake in the banking firm Glyn, Mills & Co, now the Royal Bank of Scotland.

The Hillingdon family lived at Wildernesse House until 1921 and used the mansion to entertain royalty, banking and political figures including the Rothschild family, Lord Randolph Churchill, Viscount Chelsea, the 10th Duke of Marlborough, and the Harewood family, who included Princess Mary, the Princess Royal, the wife of the 6th Earl of Harewood.

Now, visitors to Wildernesse House will still enter near the entrance hall but will find a concierge desk and luxury boutique hotel vibe. 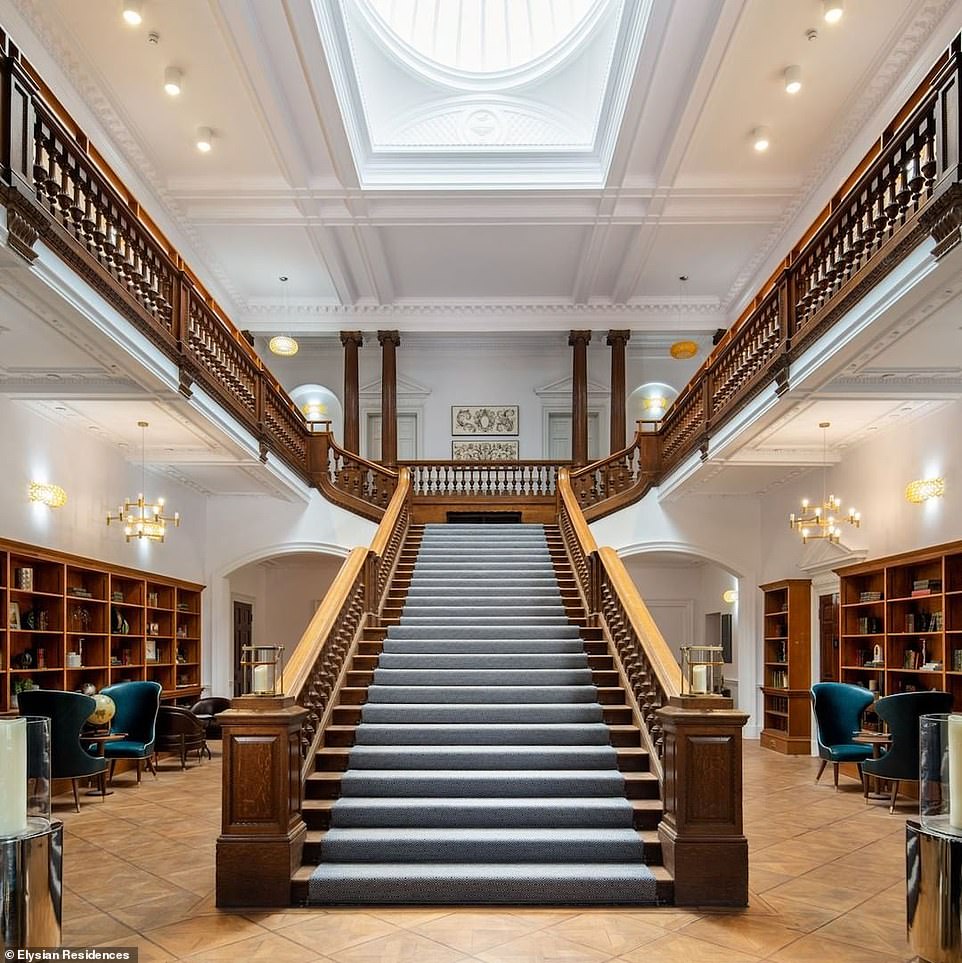 A concierge at the entrance to the historic property, with the designers of the 23 luxe apartments and mews houses saying residents will feel like they’re in a boutique hotel

A morning dip? The serene-looking swimming pool at Wildernesse House which benefits from natural light cascading in through tall windows 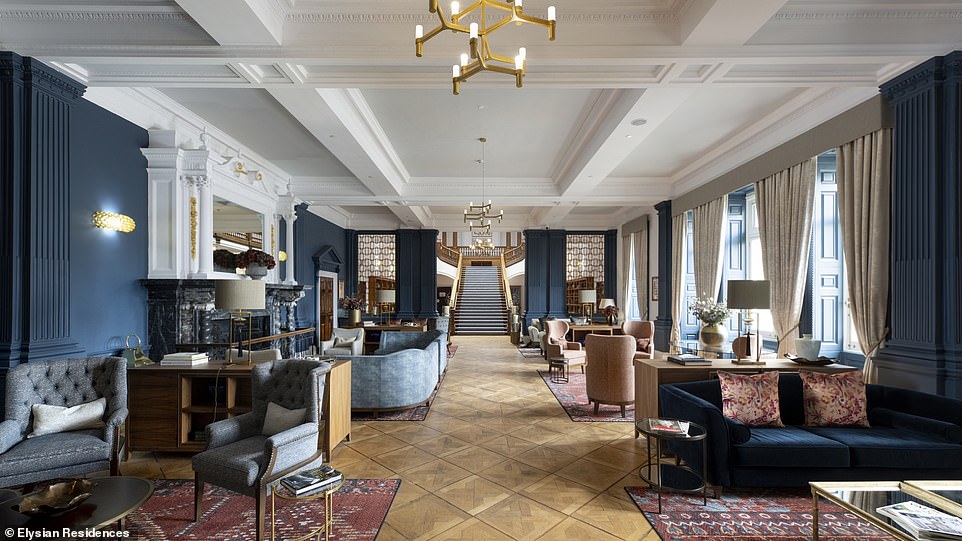 The reception area leads into the Great Hall which was the principal state room of Wildernesse House as created by Lord Hillingdon.

With an 18ft high ceiling, baronial fireplace, parquet flooring and a series of full height windows overlooking the gardens; the grand room uses credenzas to create a series of intimate individual gathering areas within the room, each with a selection of sofas, armchairs and occasional tables that add to the splendour of the room.

Beyond the Great Hall is the library with bookshelves lining the walls, in front of which are further seating areas, and the historic central staircase leading to the upper floors.

The 23 apartments in the main house all have individual layouts with large open-plan living, dining and kitchen areas and light pouring in from large windows. 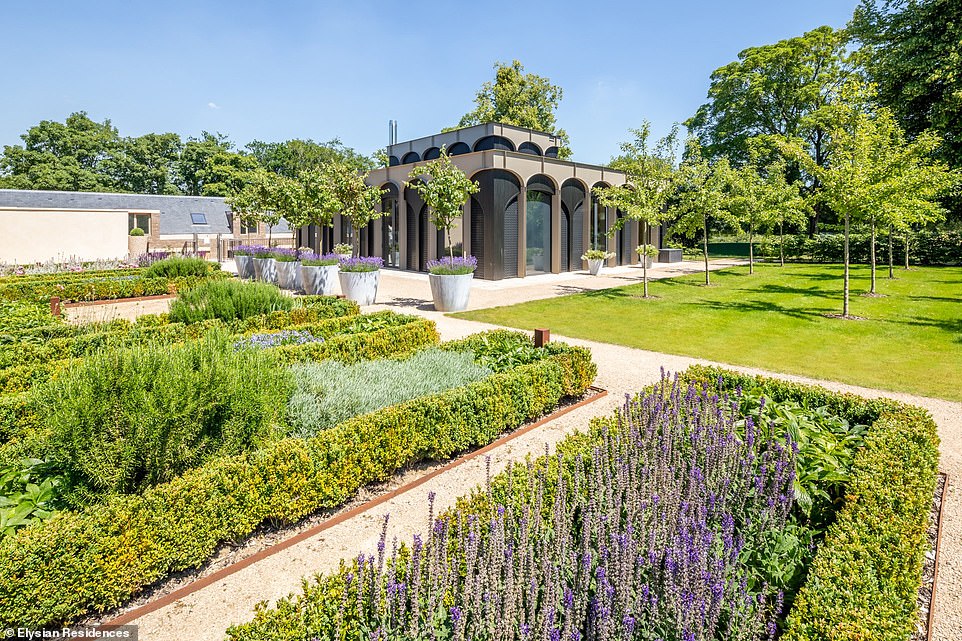 Let’s dine: A garden kitchen supplies The Pavillion, the new restaurant for residents and their guests at Wildernesse House 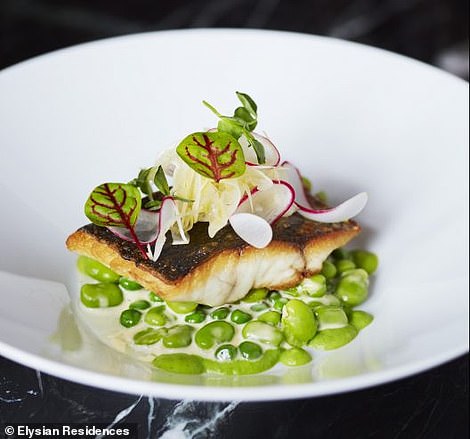 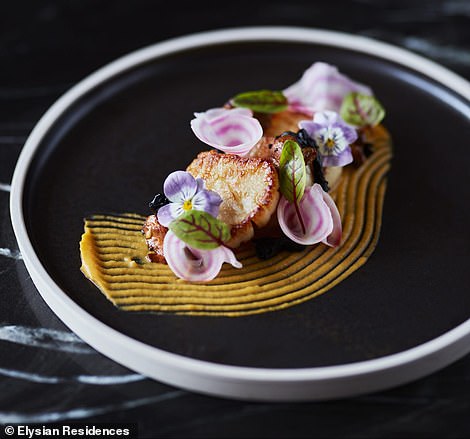 A limited number of apartments encompass Georgian state rooms and principal rooms of the mansion – with some boasting 18ft high ceilings, ornate plasterwork and full-height windows.

Close to the main house, where a mews might have been, is a terrace of newly built two-bedroom contemporary houses, designed in Scandinavian-inspired style.

The houses offer open-plan living, with bedrooms filled with natural light, some of which have vaulted ceilings, and living areas opening onto gardens.

The residences at Wildernesse House have been built to the highest specification with finishes and fixtures carefully selected by Elysian Residences. The apartments in the main house have generous ceiling heights, engineered wood flooring to the living areas and fitted carpets to the bedrooms. 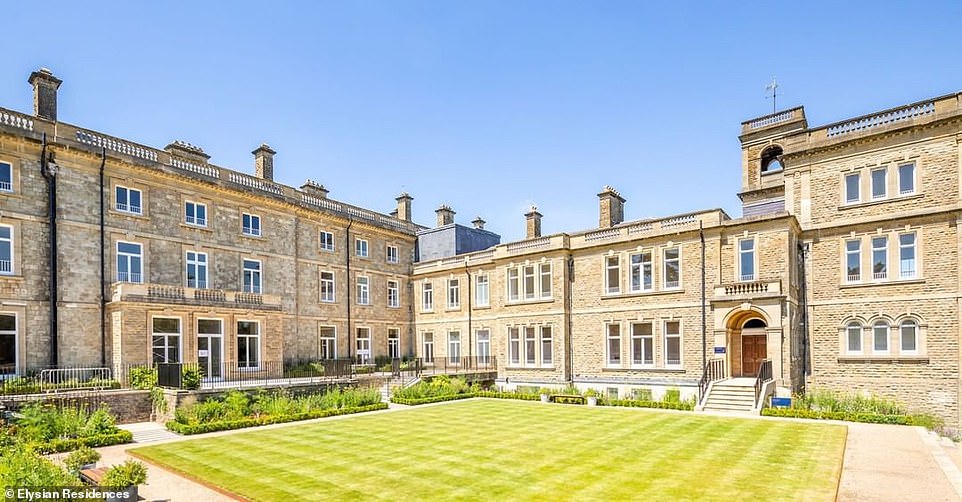 The last private individual to own Wildernesse House was George Fawcett, who purchased the property in 1927, turning the estate into a golf and country club which operated until 1954 when it became a school 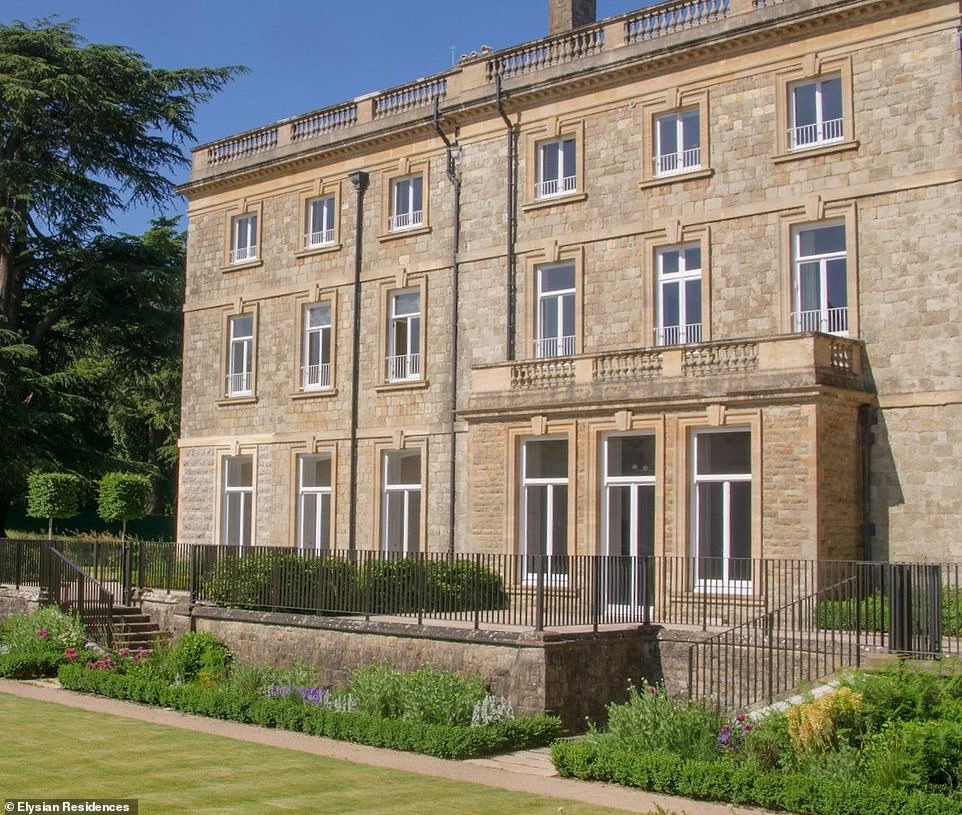 Another famous one-time owner of the honey-hued house includes Lord Hillingdon, one of Britain’s wealthiest bankers with a £150million fortune, who bought the property in the late 19th century 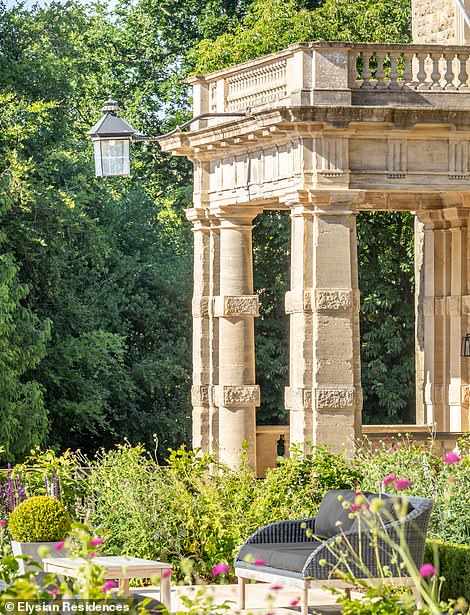 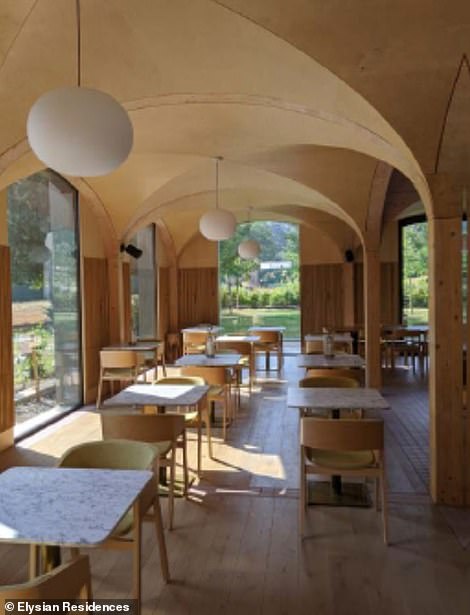 The grand entrance, left, is largely unchanged from how the Marquess of Camden might have viewed it. Right: An internal space gets an overhaul to become a restaurant area with huge windows allowing light to pour in 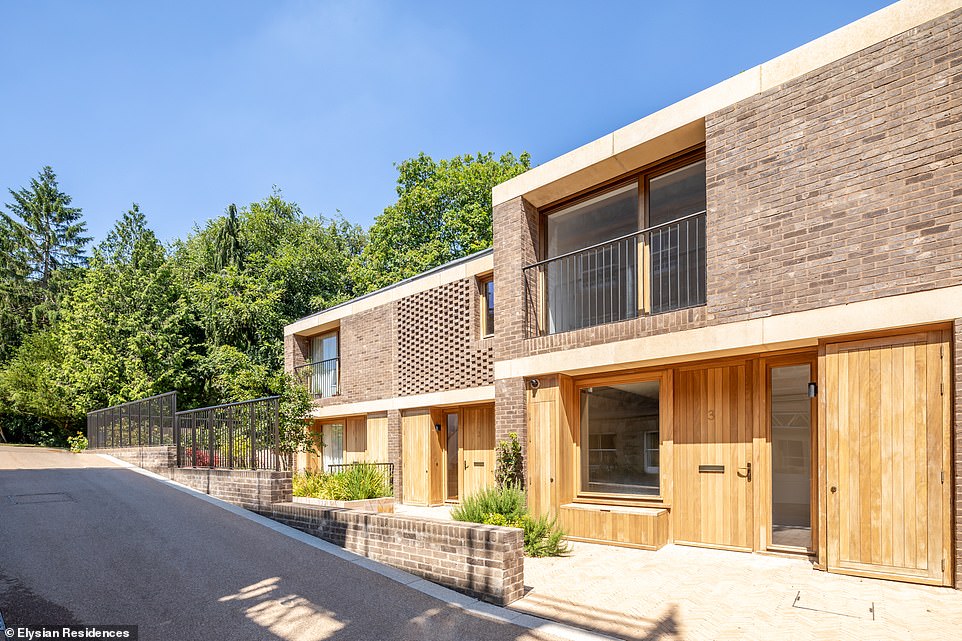 Re-vamp: New additions have enhanced the properties, which include 23  apartments and eight mews houses

On the lower ground floor of the main house is the luxurious contemporary health spa with its own reception area where staff can advise on the treatments and classes available.

The health spa, for residents and guests, offers sauna, steam room, treatment rooms, gym, changing rooms and a swimming pool that benefits from lots of natural light, cascading in through tall windows.

Across the lawn from the main house is the Pavilion restaurant, designed in a style that provides a contemporary reinterpretation of a traditional Victorian glasshouse that once stood on the estate. With vaulted ceiling, Romanesque arches and full height windows, residents and visitors can enjoy a range of menus throughout the day, using locally sourced ingredients: facilities including a café, kitchen, coffee bar, private dining area and outside seating. 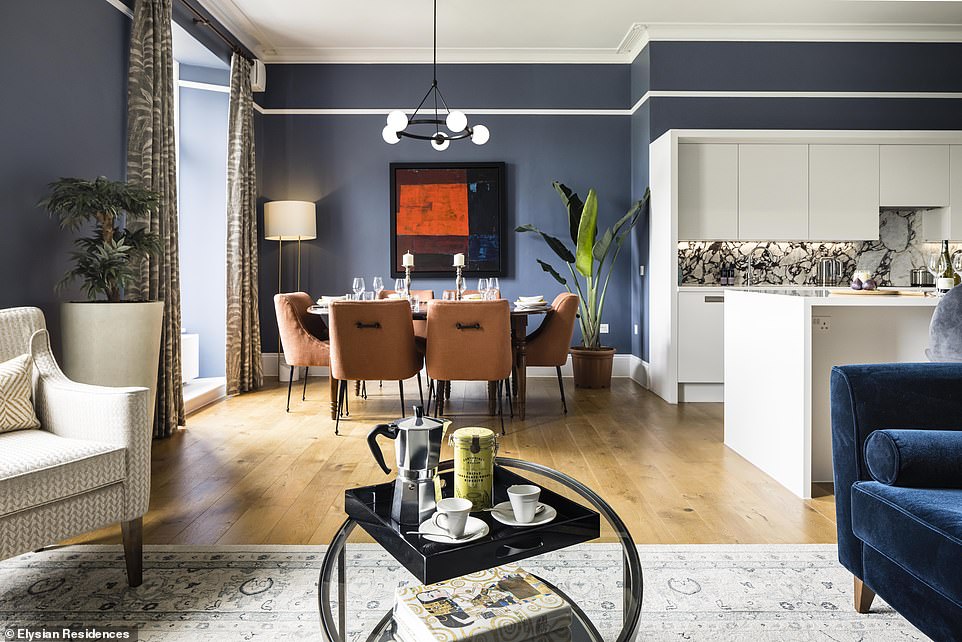 Apartments in the main house have generous ceiling heights, engineered wood flooring in the living areas and fitted carpets to the bedrooms 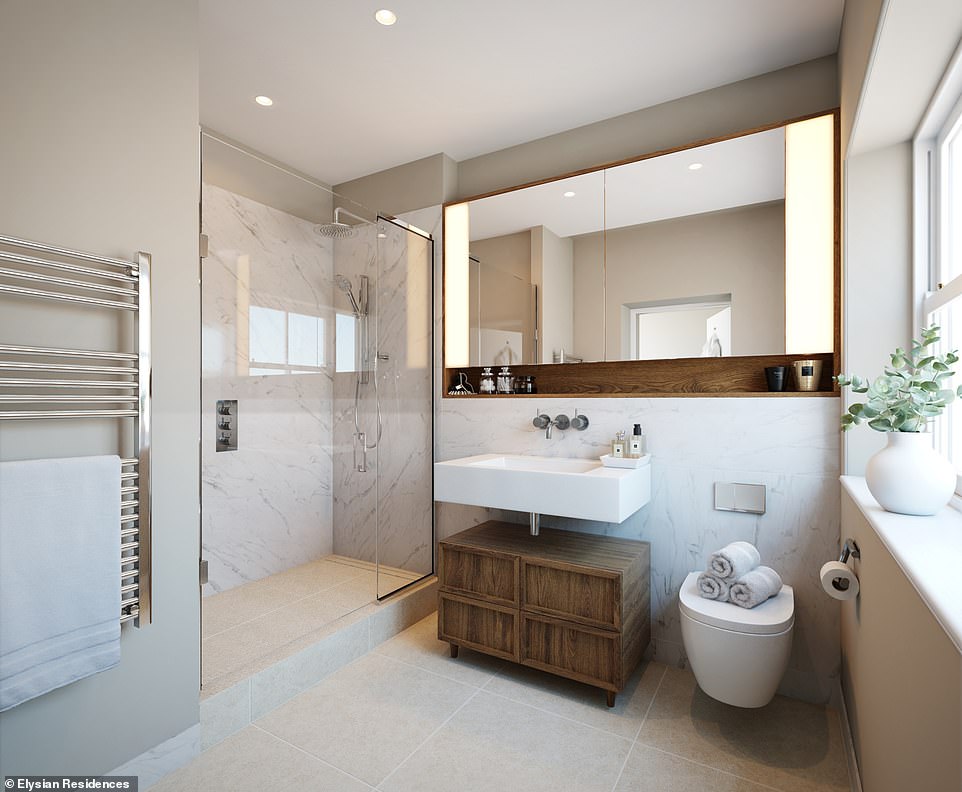 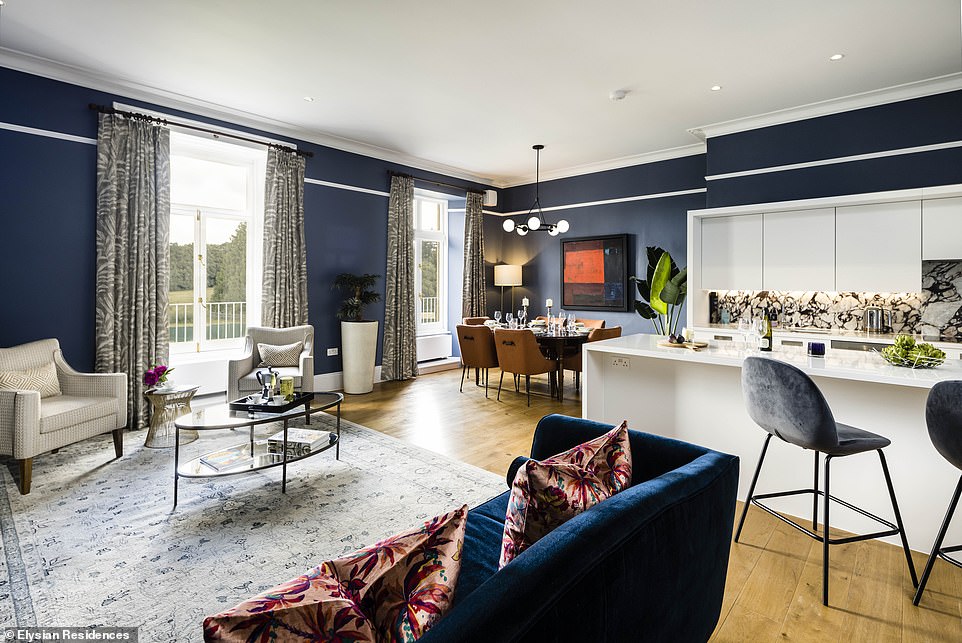 In the landscaped gardens and grounds of Wildernesse House homeowners will be able to relax and entertain, using the large paved front and rear terraces that overlook the formal lawns, and enjoy the gardens and grounds: the rose garden contains a Lady Hillingdon Climbing Rose, named after the daughter-in-law of Lord Hillingdon.

A sundial folly offers views of the main house and the surrounding greenery includes a kitchen garden. Beyond the formal gardens homeowners can also visit the estate’s orchard, bordered by wildflower meadows. 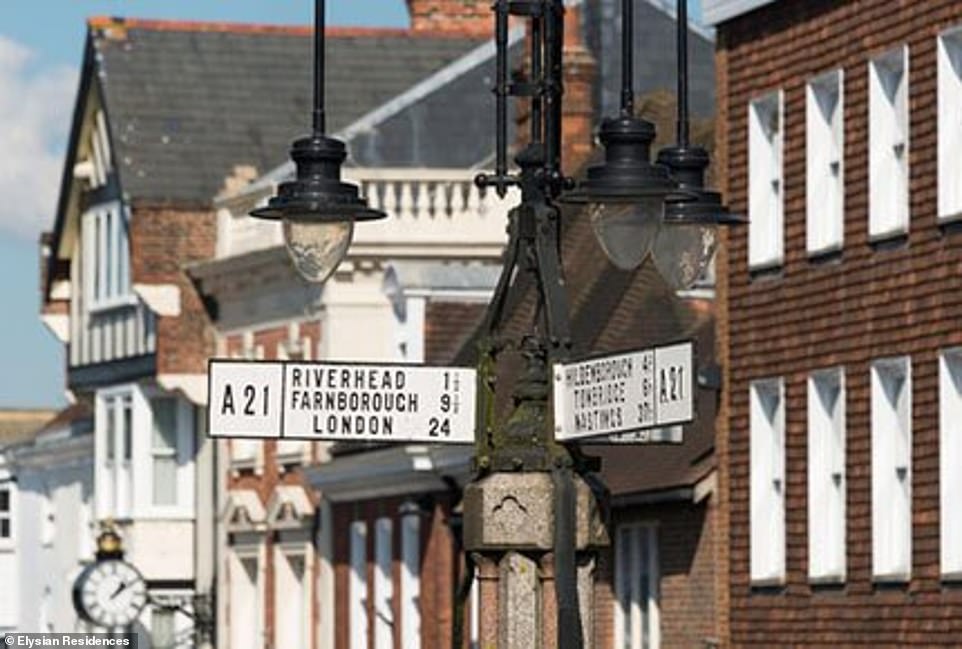 He told FEMAIL: ‘Setting a new benchmark for quality and lifestyle, Wildernesse House is a stately home transformed into the most luxurious and exceptional retirement community in the Home Counties.

With its 700-years of history, grand state rooms and beautiful grounds Wildernesse House provides a unique opportunity to live in a modernised property, but with a rich heritage and all the amenities of a five-star hotel such as the spa with swimming pool, Great Hall and the Pavilion restaurant.’