The annual Sydney clash of the titans is on again tonight. No, not the Blues versus the Maroons grudge match known as rugby league’s night of nights, the State of Origin. I’m talking about the clash in cultural calendars, as the first of the three games between NSW and Queensland takes place, yet again, on the same night as the red carpet is rolled out on Market Street for the opening night of the Sydney Film Festival at the State Theatre. 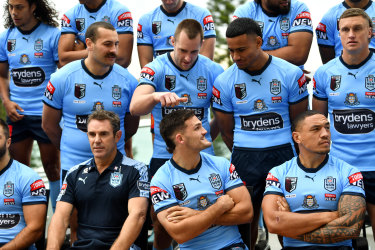 State of Origin finally gets under way for 2022 on Wednesday night in Sydney.Credit:NRL Photos/Gregg Porteous

After two years of COVID-induced disruption – in 2020 the Film Festival went online and in 2021 it was postponed until October – we are forced to confront the question of what to do on this particular Wednesday night in early June. Which spectacle will take our attention, sport or the arts? The choice is stark: the 41st State of Origin or the 69th Sydney Film Festival?

For the bulk of Australians we know that sport will probably be the winner. But perhaps that’s all the more reason to shine a spotlight not just on the Film Festival, but the arts in general. Now is the time to support, attend, pay tickets for, and donate to your local theatre company, filmmakers, and art galleries as they continue to emerge from the pandemic in not as great shape as footy players.

Most in the arts world were forced to retreat into obscurity during lockdowns – unlike rugby league and most other codes (which were moved interstate for the past few years) where the competition is thriving.

Look at the millions poured into knocking down and rebuilding sports stadiums in Sydney, while the arts is suffering an accommodation crisis with so many closures of venues post-pandemic. There’s talk town halls across the city will mercifully now be opened as rehearsal, performance, exhibition and studio spaces because so many commercial enterprises could not afford to continue due to costs. 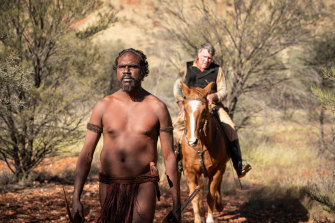 The movie We Are Still Here will open Sydney Film Festival on Wednesday night.Credit:Dark Matter/Rialto

The aftermath of a federal election is a good opportunity to evaluate what kind of country we want to be. Now is not the time to retreat into the tribal – the sort of sentiment sport brings out in us –but to be lifted up as a nation together, the way a Baz Luhrmann blockbuster can do from Elvis to Strictly Ballroom. To bring out the best in us and bring us together and rise above the woes of the day. Not knock you down like a tackle in a rugby league match.

Appropriately, the opening night film of the Sydney Film Festival, We Are Still Here, which weaves together eight stories from First Nation directors in Australia, New Zealand and across the South Pacific, was conceived as a cinematic response to the 250th anniversary of James Cook’s arrival. It could also be a battle cry for every arts institution across the nation: “We are still here.” Now, the audience needs not just to cheer them on, but to put our money where our mouths are.