The NSW government is taking the lead in a new collaboration with the ACT and South Australian governments to solve the practical and economic challenges of how Australia can reach net zero emissions.

While the federal government formalised its position in October to achieve net zero emissions by 2050, states and territories had already long agreed to the target. 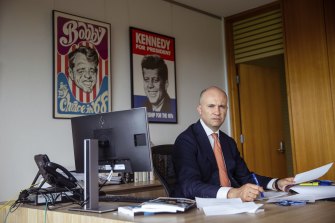 The federal government’s official target remains a 26-28 per cent cut on 2005 emissions by 2030, although its new plan projects actual cuts could be as much as 35 per cent.

The new Net Zero Emissions Policy Forum will aim to give sub-national jurisdictions shared tools to address the challenges of achieving those targets without reinventing the wheel. It will offer a repository of existing resources and drive collaborative research to develop policies.

While the two Coalition state governments and the ACT’s Labor administration have started the forum, they anticipate it will expand to include sub-national level governments from other countries.

NSW Treasurer and Energy Minister Matt Kean said it was an economic and environmental imperative to act on climate change and the states and territories needed to work together.

“Greenhouse gas emissions do not recognise borders, and to tackle climate change we need a globally collaborative approach and that is what this forum is about,” he said.

On Thursday, the UN climate summit in Glasgow will have a particular focus on action by cities and regions.

ACT Chief Minister Andrew Barr said this gave colleagues in state and regional government an opportunity to work together in acting.

“Sub-national governments have a vital role to play in getting to net zero emissions because we have some of the most important levers such as transport, buildings and energy,” he said.

NSW will chair the forum for the first 12 months. It’s anticipated the leadership role will pass on to an international member afterwards.