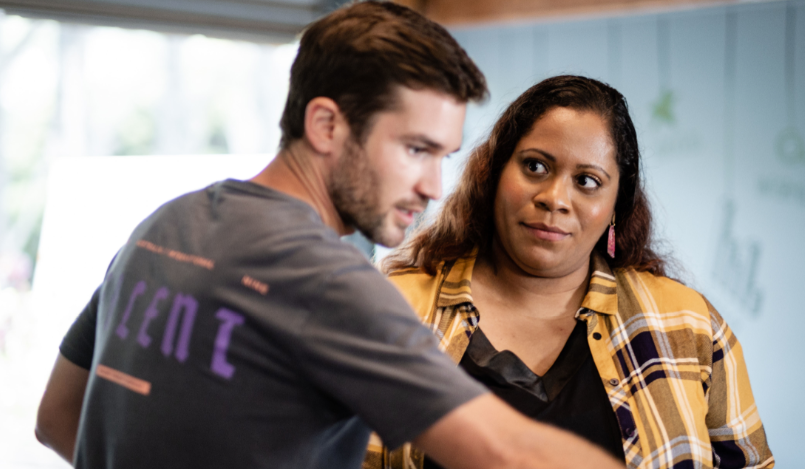 What is going on in Ned’s (Ben Hall) head right now? He’s getting swept up in his feelings for Sheila C (Shareena Clanton) and is landing on dangerous ground in Neighbours. Is he about to ruin everything with Yashvi (Olivia Junkeer) over a fling?

His feelings for Sheila C are unsurprisingly growing the more he spends time with her. He feels neglected by Yashvi and Sheila C just seems to get him. He’s particularly smitten by the fact they have art in common and how easy she is to talk to.

The classes have created a strong bond between the pair and the chemistry is undeniable. They start to recognise they’re playing with fire and have to stop things before they get too far.

But is it too late?

Without addressing them, they decide they need to focus on work and just ignore their feelings. But nothing ever good has come from suppressing those kinds of emotions, as they’re about to find out. During a charged moment, Ned’s unable to control himself and he blurts out how he really feels – he wants Sheila C.

It’s out in the universe now, he can’t take it back. But worse, is he about to act on those feelings?

The air is electric around them, but they desperately try to be sensible. Ned has no idea what he’s going to tell Yashvi, so he just decides not to and to once again suppress his feelings for Sheila C.

But if he didn’t manage to keep his mouth shut during that electric moment, it’s only a matter of time before he explodes and says something he can’t take back. Is his relationship with Yashvi doomed?