Is that really a crime? Nobody can really be angry with these ‘polite vandals’ who covered racist graffiti with a cat picture and ‘improved’ road signs with artwork

While vandalism often causes nothing but misery for the people who have to deal with it, sometimes done in the right way, it can also provide a chuckle.

Social media users from the US and the UK have shared images of polite vandalism, which have been collated in a funny gallery by Bored Panda.

Among the fun snaps is a picture of a cat, which was plastered on top of some racist graffiti, while another shows a bin getting an upmarket makeover, with a Shakespearean quote scribbled on its side.

Elsehwhere, a cheeky UK resident couldn’t resist tampering with a sign for a Covid-19 testing site to indicate that they’ve had quite enough of the pandemic already.

Here, FEMAIL shares the politest examples of vandalism on the internet. 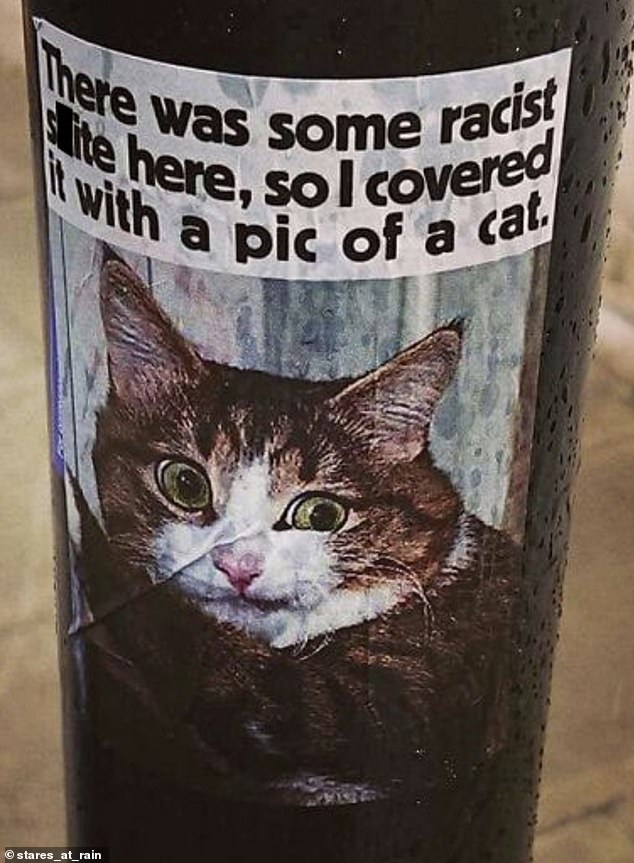 Proving that whatever the question is, cats are the answer, is this extremely polite piece of UK vandalism, which replaced racist graffiti with this picture of a feline 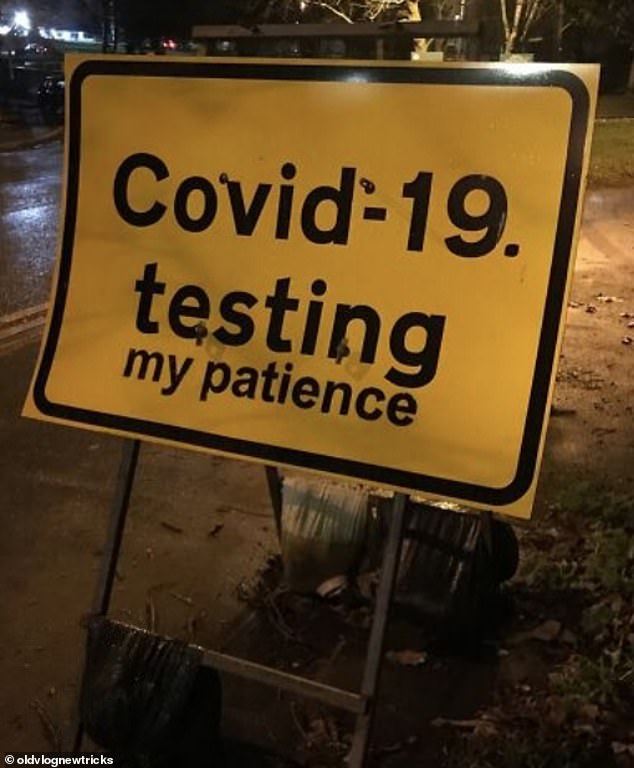 This sign, at a Covid testing centre in South East London, speaks for many of us. It’s simple, slightly amusing, and true 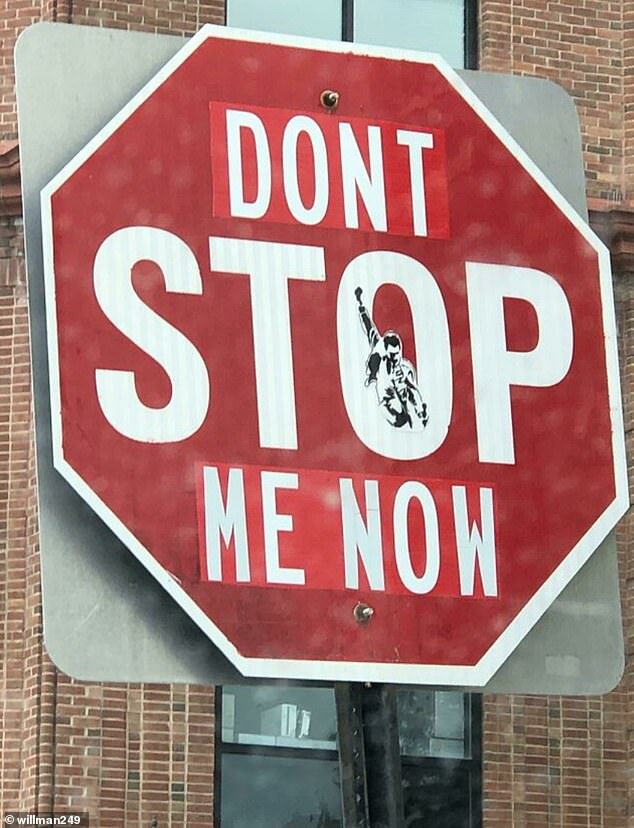 This stop sign, spotted in the US, has been turned into a tribute to Queen rocker Freddie Mercury, with a line from the band’s popular song, and a depiction of the front man himself 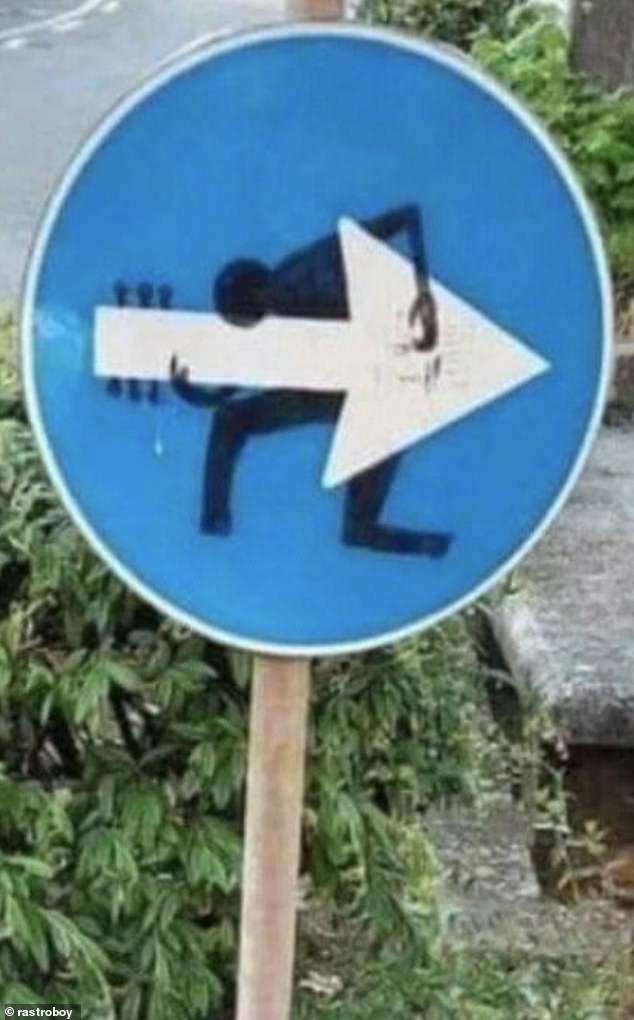 This street sign was made a little bit more interesting by a polite vandal, who used the arrow on the sign as a guitar, drawing a musician around it

This US car dealership fell prey to a light hearted prankster, who riffed off the fact that ‘for lease’ sounds a bit like ‘feliz’ – the Spanish word for happy 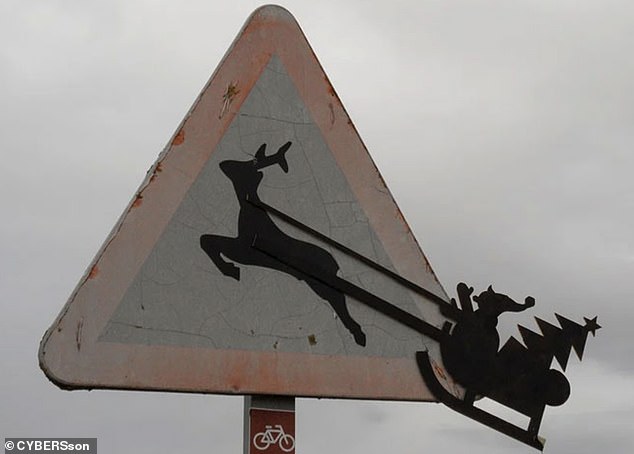 Someone in the UK was obviously feeling the festive spirit when they transformed this sign, warning that wild animals may cross the road, into a Santa sled complete with reindeer

Many people must have had a chuckle at this cheeky little piece of UK graffiti, which cleverly shows a painting of a person who has painted over a graffiti removal hotline phone number 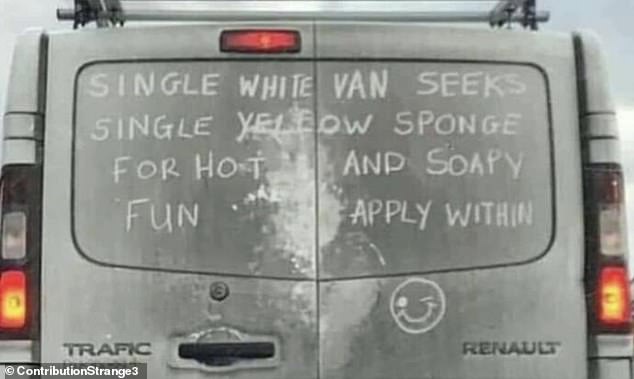 This UK van became the scene of a vandalism crime, when a humorous prankster decided to scrawl a witty pastiche of a dating advert in the dirt on the vehicle 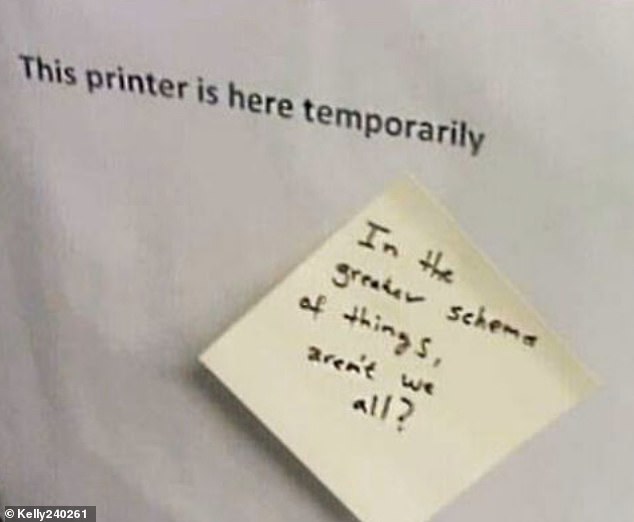 Less polite, and more philosophical: the note on this printer, which says it is only here temporarily, reads: ‘In the greater scheme of things, aren’t we all?’

The politest vandalism ever? Ben’s colleague’s in his US office decided to change the toilet sign, giving him a personalised bathroom to use at work 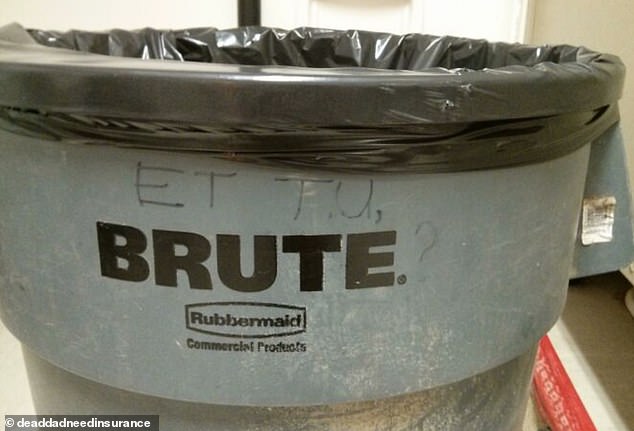 This graffiti, a reference to Shakespeare’s play Julius Caesar, elevates this bin from a rubbish receptacle to a work of literature 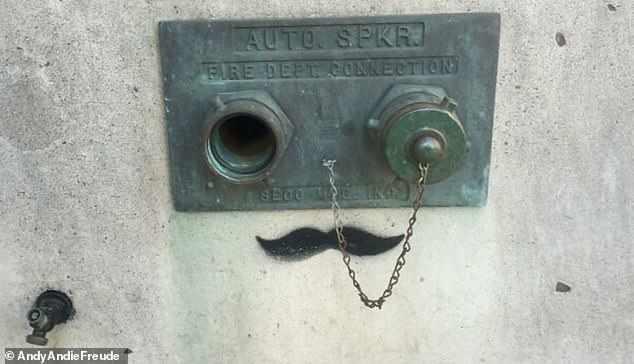 While adding a cute little moustache to this US fire hose connection could be considered vandalism, it could also be looked at as an adorable work of art