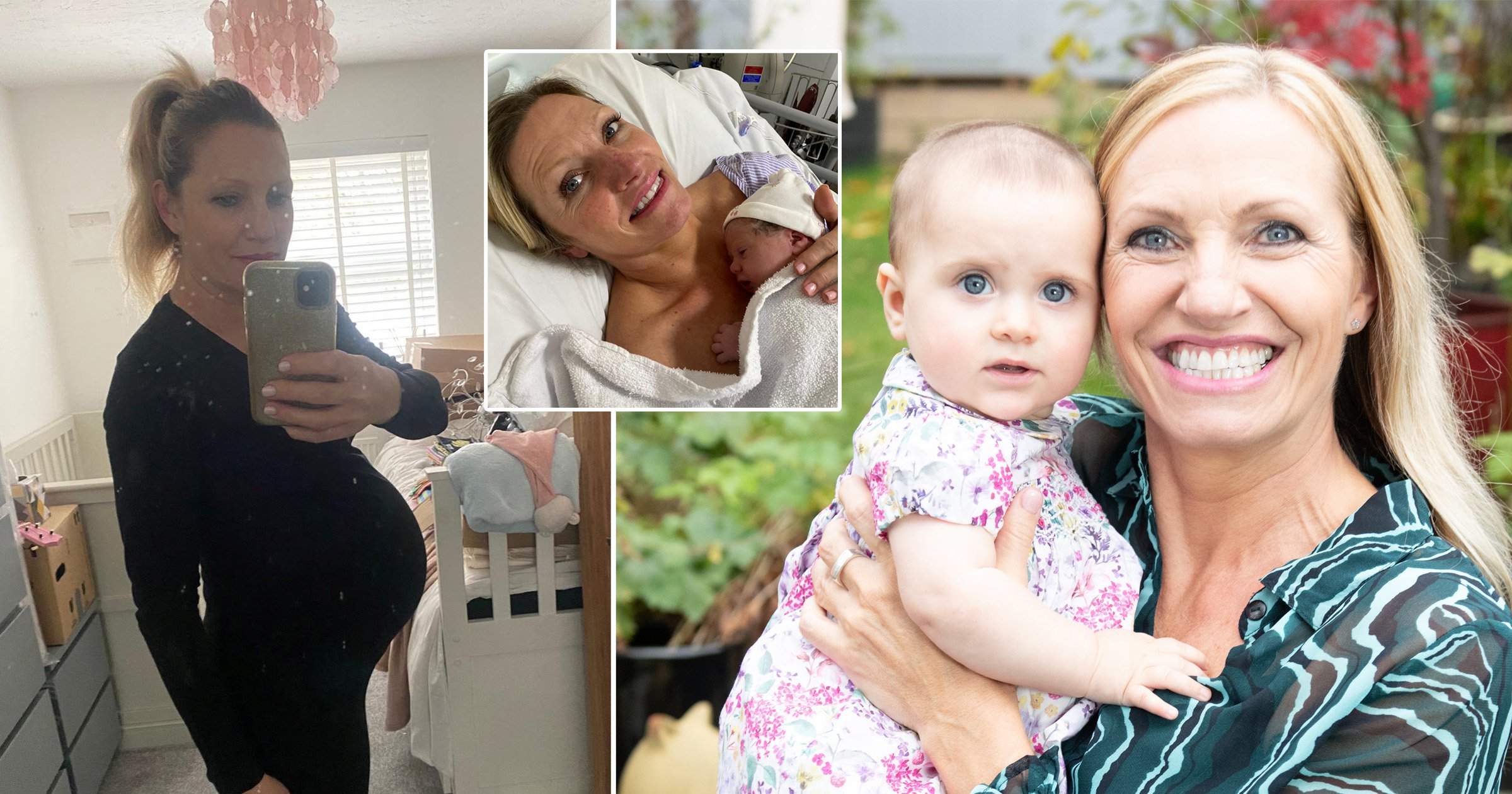 A single woman in her 50s, who has ‘always wanted to become a mum’, has celebrated the arrival of her baby girl through IVF.

Kelly Clarke always knew she wanted to have a family but had never met the right person to have a baby with, so decided to go through the process alone – despite resistance from her family.

As she approached her 50th birthday, Kelly made the decision to fly to Athens for an IVF consultation in March 2020 – where she was told she would need to use a sperm donor in order to become a parent.

Just four months later, Kelly flew back to Greece for the fertilised embryo to be implanted – and a test 12 days later revealed that she was pregnant.

In total, Kelly spent around £4,000 on the IVF process aboard – which included treatment, fertility drugs, flights and accommodation.

This figure is thought to be considerably cheaper than treatment in the UK – which Kelly was told could cost up to £15,000.

The 51-year-old says her parents were initially ‘desperate to stop’ her from going ahead with IVF, as they thought she might lose her job, struggle financially and that the process might impact her health and wellbeing.

But now their granddaughter is here, they are incredibly supportive.

The mum-of-one says: ‘I’d been met with a huge amount of resistance from family for deciding to become a single mum at 50, because they were worried about me and the implications of using a donor.

‘They were so against me doing it, which was very hard – I felt like I was being disowned. But I can see now it’s because they love me so much

‘They worried about how I would cope if it wasn’t successful, because they knew how much I wanted to be a mum – but it never even crossed my mind that it wouldn’t work, I just had a feeling.

‘Now that Lyla’s here they are incredibly supportive and couldn’t be better grandparents. I don’t know what I’d do without them.’

Kelly admits that life as a single mum can be very difficult at times – but she wouldn’t have it any other way.

She adds: ‘I won’t lie and say it’s easy being a single parent, I knew it wasn’t going to be.

‘But Lyla is an absolute angel and has been a dream, I’m incredibly lucky. She’s the perfect baby – I couldn’t ask for anything more.

‘Anyone who knows me will tell you how much I’ve always wanted to be a mum.

‘I still can’t quite believe it and am constantly overwhelmed with the joy of finally being a mum at 51.’