Should affairs in the office be forbidden? After a City firm sacks two staff for having work romances, two writers give their opposing views 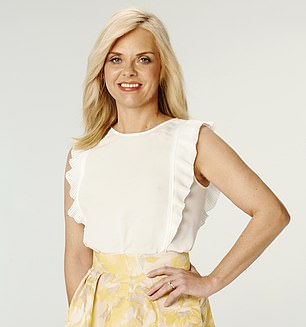 After having my own ill-fated office affair when I was in my 20s, I support a ban wholeheartedly.

I met the man at my first big media production job. We shared a kiss in a taxi after an office night out. I knew there was chemistry; I also knew I was already in a relationship.

Suddenly I had a second full-time job trying to stop the office gossips from spotting what was going on. You become paranoid about every look, every gesture and every word you say to each other — whatever the topic.

We stole the odd kiss in the stairwell and sent love notes over the internal messaging system, but the strain got so tough that I ended things and stayed with my boyfriend.

Then things went from bad to worse. My ‘work ex’ started seeing another colleague, then dumped her as he missed me too much.

I finally decided I felt the same and finished with my boyfriend of three years. It was traumatic for him and I deservedly lost plenty of friends.

I made my new relationship public and became a source of fascination at work. Any time we were talking to each other, heads would appear over screens. The jilted female colleague made my life a misery. She turned other women against me and I regularly spent my lunch hour crying in the loos. In the end, I quit the job I loved because of her. As for the man for whom I inadvertently sacrificed my dream job, we lasted two years, but the trauma had left a shadow.

Disastrous as it was, I was still lucky in one respect: at least the man I dated wasn’t my boss. For women who find their superiors coming on to them, it’s a different story. It’s virtually impossible to say ‘no’. You feel scared and vulnerable, and don’t want to lose your job.

I was assaulted by a senior director at a Christmas party in a hotel, aged 19, and had I not been rescued by an older woman who knew what this creep was like, I dread to think what would have happened.

A ban on office romances would not have aided me in that moment. But what of other men like him now? It would help to shut down this sort of behaviour early, ending the excuse that work predators are ‘only flirting’.

In my experience, most women want to be professional, do their best for their employer and form relationships outside of the office — that’s what online dating is for.

Some guy chatting you up at the water cooler these days is a bit, well, creepy. An office romance may sound the stuff of Hollywood movies, but in real life it’s nothing more than a bad soap opera. 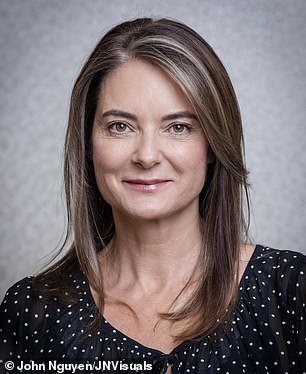 How would you feel if you had to sign a ‘no romance’ clause when you started a new job?

Astonishingly, this is now common practice in the U.S.

Meanwhile, BlackRock, one of the world’s largest asset-management firms which has a huge London office, has announced workers must now disclose any personal relationships to HR — or face the sack. Last year it even fired two executives who failed to disclose an affair.

Surely this goes against some sort of basic right to fall in love (never mind the right not to have management prying into your intensely personal business)?

I had an office romance in my 20s, while working at a magazine with the snappy title Project & Trade Finance. If that isn’t enough to propel you headlong into the nearest man’s arms, I don’t know what is.

It wasn’t love at first sight. He was promoted above me, so I spent a few months scowling behind my computer screen. Then I realised I was never destined to go far in the world of financial trade press, so I forgave him.

I wonder what it would have been like if our relationship had been banned. At what point would it have been appropriate to go to HR to fess up — before or after we had decided we were a committed couple?

We didn’t get together for a year, as I was scared to make the first move. Then I was hit by a car and ended up in hospital. A few days later, he called and hung up saying: ‘Don’t get run over again without telling me.’ That’s when I knew he felt the same.

The funny thing is, I think I worked harder as a result of our romance. It made me more interested in my job, and I spent a lot more time in the office. The frisson was addictive.

This silly move is yet another curtailment of human rights, and we have seen more than enough of those over the past few months.

It is also a worryingly divisive trend. I was horrified to hear from a friend that her son was told, on his first day in the City, never to get in a lift if there was a lone woman inside. Apparently, the firm is terrified of potential lawsuits that might result from a man and woman spending more than 30 seconds together behind closed doors.

If anyone is allowed in their office long enough to form a relationship in these days of Covid then, frankly, good luck to them. Thanks to curfews and social curbs, the workplace is just about the only place you can meet someone now — so why should businesses put the boot in?

My own office romance — now my husband of 22 years — is proof they can (pardon the pun) work.