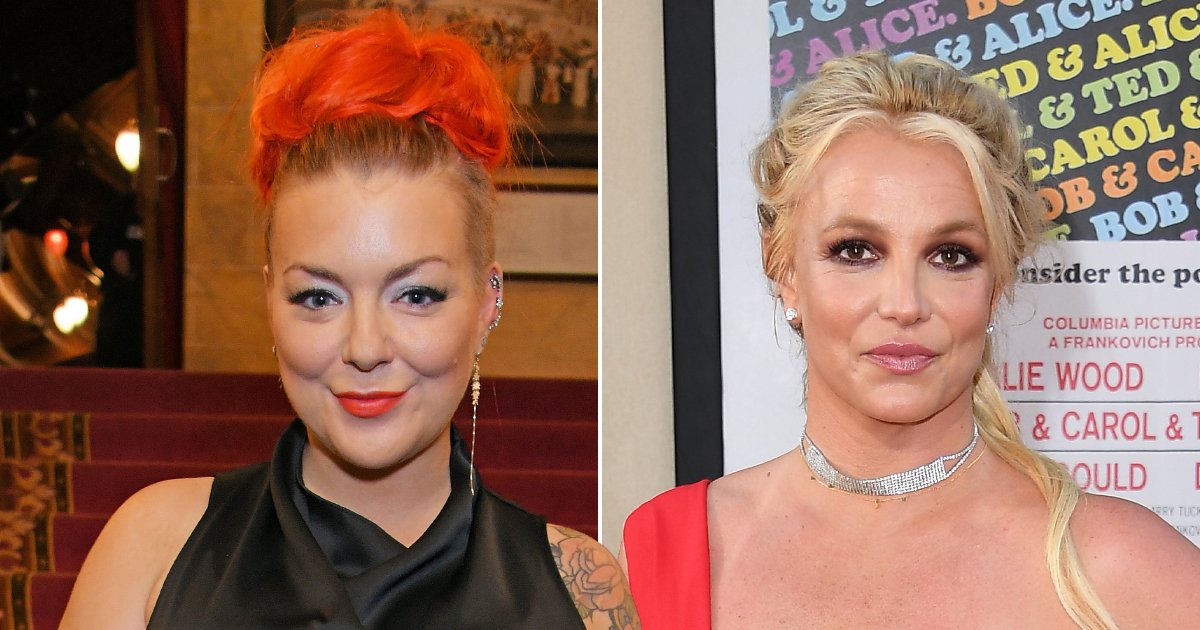 The 39-year-old actress has already seen the one-off programme – which was produced by the New York Times and is set to be made available on Sky Documentaries and NOW TV from tomorrow at 9pm – and she was clearly affected by what she saw.

She tweeted: ‘Oh my goodness, someone sent me a copy of the Britney documentary and it is heartbreaking. Really got to me.

‘I hope you are all ok. Especially at this rubbish time. Please reach out if you need help #MentalHealthMatters (sic)’

Sheridan has been open about her own mental health struggles in the past, as well as the difficulties of fame – while she previously revealed she was finally “at peace” after welcoming son Billy with partner Jamie Horn in May last year.

Speaking in December, she said: ‘I never knew I would be this person – a mum. Things used to seem so complicated, and now suddenly everything is so simple. I love Billy so much. I hold him and he’s looking at me and I know he loves me back and he needs me.

‘I’ve been looking for this all my life. I’ve looked in the wrong places – in nightclubs, going out drinking, pushing myself with work. Now in this little baby I’ve found that I’m at peace with everything.’

The Framing Britney Spears documentary focuses on the #FreeBritney movement, with supporters critical of the court-mandated conservatorship the 39-year-old pop sensation has been under since 2008 – controlled by her dad, Jamie Spears.

The pop icon’s assets have been under the control of her dad since the mum-of-two was put on a 5150 involuntary psychiatric hold and had visitation rights to her children Sean and Jayden suspended.

The film features interviews on the ‘fascination’ around Britney and her private life, and also highlights the sexist attitudes Britney has faced from a young age.

An official announcement for the programme reads: ‘The New York Times Presents: Framing Britney Spears re-examines her career and offers a new assessment of the movement rallying against her court-mandated conservatorship, capturing the unsavoury dimensions of the American pop-star machine.’

A number of stars have thrown their support behind Britney after the documentary aired in the US earlier this month.

It proved to be enlightening viewing for Paramore star Hayley Williams, who highlighted the disregard for the singer’s mental health issues when they first came to light in 2008.

Reacting to the programme, Williams tweeted: ‘The Framing Britney Spears doc holy f**k. no artist today would have to endure the literal torture that media/society/utter misogynists inflicted upon her.

‘The mental health awareness conversation, culturally, could never be where it is without the awful price she has paid.’

Stay With Me singer Smith agreed with Williams’ sentiments and posted a finger emoji pointing downwards towards her tweet.