Live from New York, it’s Kim Kardashian! The reality TV personality made her Saturday Night Live hosting debut — and poked fun at her family and her split from Kanye West in the process.

Most Memorable ‘Saturday Night Live’ Hosts Over the Years

“I’m Kim Kardashian West and it’s so great to be here tonight,” the Keeping Up With the Kardashians alum, 40, began her opening monologue on Saturday, October 9. “I know, I’m surprised to see me here too.”

Kardashian donned a pink velvet jumpsuit with attached gloves and long, sparkling earrings for the SNL monologue, where she roasted her entire family: including her sisters, her estranged husband, Caitlyn Jenner and her mother’s longtime boyfriend, Corey Gamble. 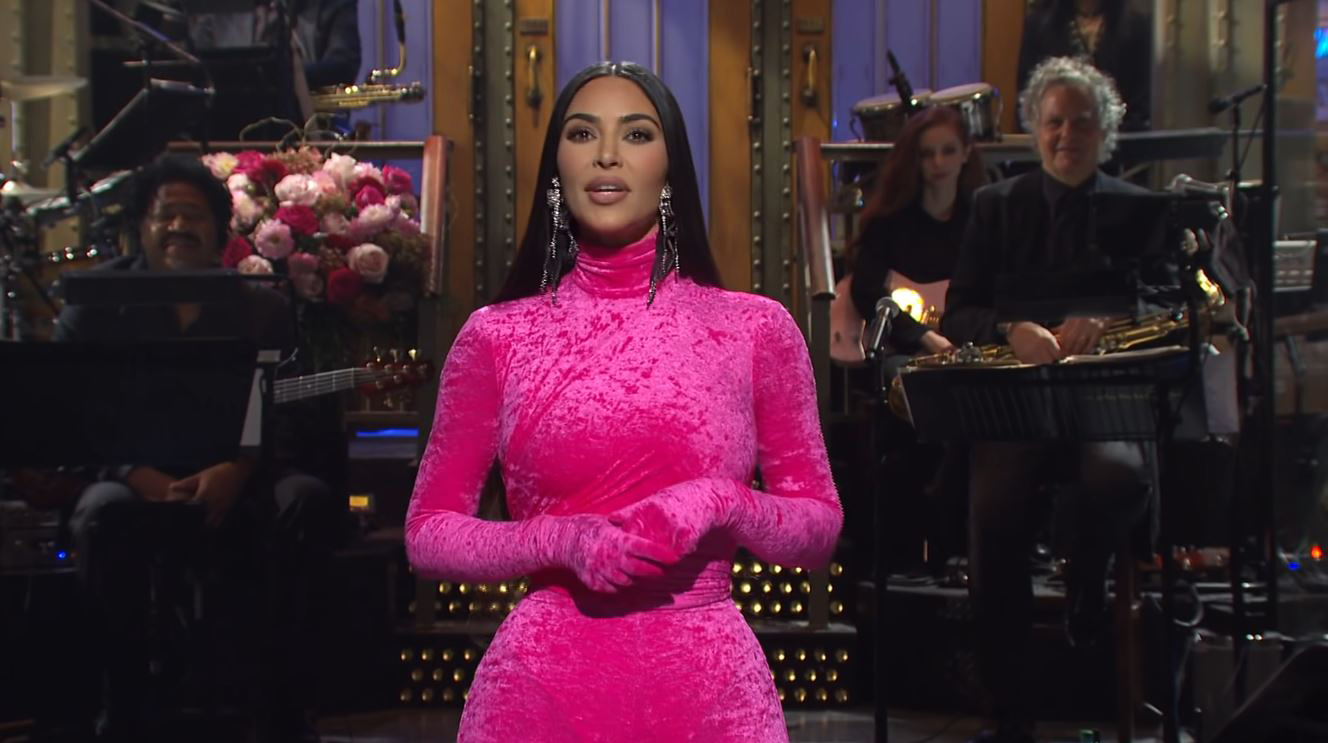 “I’m excited to be here tonight to show you guys that I’m so much more than just a pretty face and good hair and great makeup and amazing boobs and a perfect butt,” she continued. “Basically, I’m just so much more than that reference photo my sisters show their plastic surgeons.”

Next up, the reality TV star took a dig at Gamble, 40, who started dating Kris Jenner in 2014.

“But the one thing I’m really proud of is that no one could ever call me a gold digger,” Kim said during her monologue. “Honestly, I’m not sure how you even become one. So I asked my mom’s boyfriend, Corey.”

The Skims mogul then used her platform to explain her quest for justice, as inspired by her late father Robert Kardashian’s legal profession.

Keeping Up! Inside Production of the Kardashians’ New Hulu Series

“I credit him with really opening up my eyes to racial injustice,” she explained before referencing his former client. “It’s because of him that I met my first Black person. Want to take a stab in the dark at who it was? I know it’s sort of weird to remember the first Black person you met, but O.J. [Simpson] does leave a mark. Or several. Or none at all, I still don’t know!”

Next, the aspiring attorney poked fun at her estranged husband, eight months after filing for divorce from the 44-year-old rapper.

“I’ve been very blessed in this life and I’m grateful for everything,” Kim continued. “Honestly, all the ups [and] all the downs. I married the best rapper of all time. Not only that, he’s the richest Black man in America: A talented, legit genius who gave me four incredible kids. So when I divorced him, you have to know it came down to just one thing: his personality.”

She continued, “I know that sounds mean, but people keep telling me that comedy comes from truth and if there’s one thing I always strive to be, it’s genuine.”

Earlier in the day, the beauty mogul was spotted with the “Heartless” performer as they exited the same New York City hotel. Kim donned a pink, full-length coat and matching gloves, while West sported an all-black ensemble as he walked behind her. The pair then got into the same car as they left the venue, according to photos obtained by E! News. 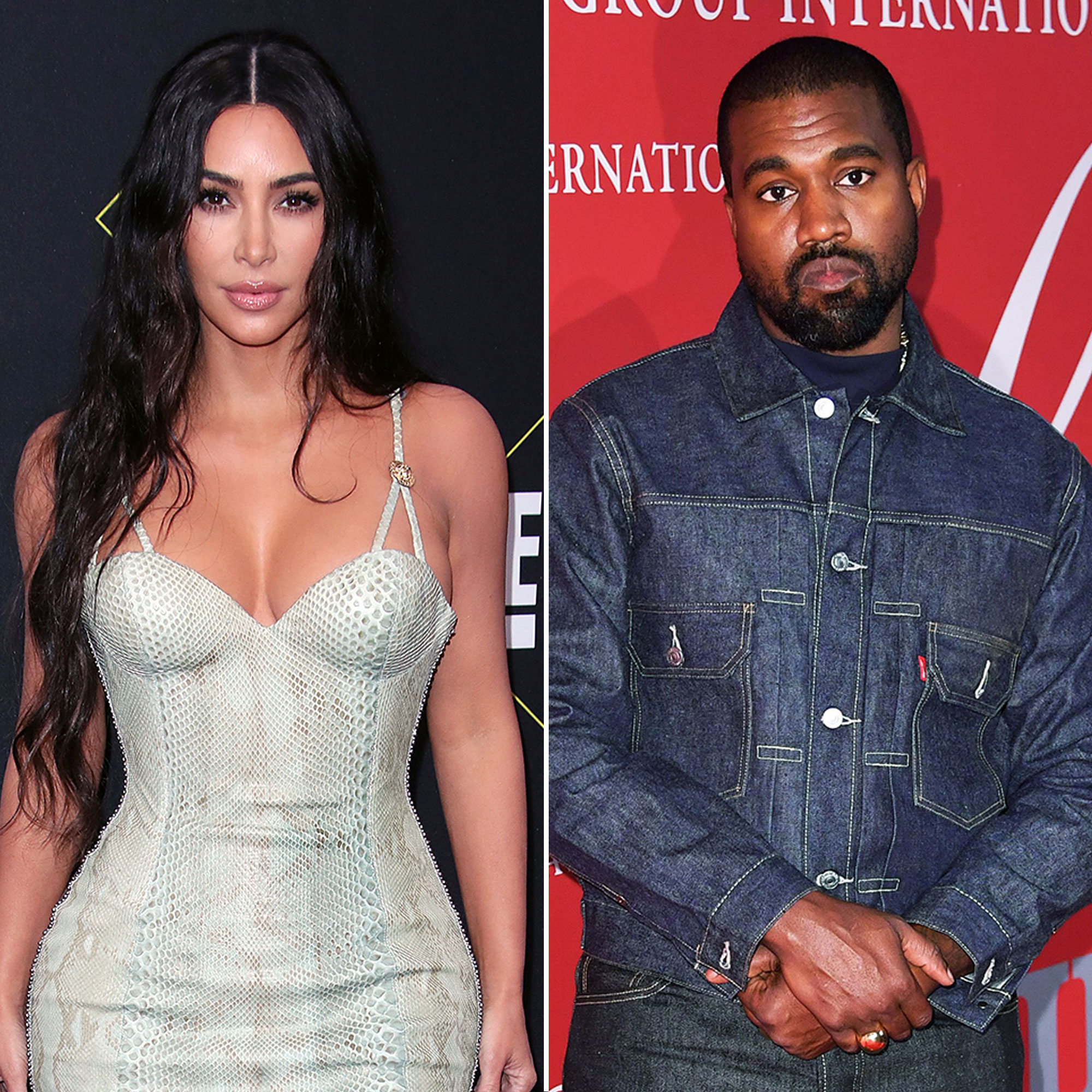 In February, the KKW Beauty founder — who shares children North, 8, Saint, 5, Chicago, 3, and Psalm, 2, with West — divorce after six years of marriage. In August, an insider revealed to Us Weekly that “Kim is deeply conflicted about what her future and the kids will be without Kanye” after pulling the plug on their marriage.

For his part, the rapper, 44, “wants to get back with Kim,” a source exclusively told Us in September. “He sees the two of them together and wants to make that a reality now. He has been trying to get back in her good graces again and it seems to be working.”

Even amid their divorce, the pair have continued to support one another publicly. The KKW Beauty creator popped up at his DONDA listening parties in August, while West helped style the Selfish author for the 2021 Met Gala a month later.

The Skims creator’s SNL hosting announcement initially raised some eyebrows. “Why Kim Kardashian?” Debra Messing tweeted on September 22. “I mean, I know she is a cultural icon, but SNL has hosts, generally, who are performers who are there to promote a film, TV show, or album launch. Am I missing something?”

However, many came to the Zoolander 2 actress’ defense, including her mom Kris Jenner, who shared the SNL announcement via Instagram, writing, “Kim’s hosting SNL on October 9!! Can’t wait for this!! Make sure you guys all tune in! @nbcsnl @kimkardashian #SNL.”

While Kim’s Saturday appearance marked her first time on the series, her relationship with the Yeezy designer has been joke fodder on the show for years. In 2014, former cast member Nasim Pedrad recalled being confronted by the aspiring lawyer for her impression of her. “At one point she was like, ‘Do we really sound like that?’” the Chad star, 39, said on Conan, admitting she wasn’t sure how to answer. “I was like ‘… No,’ and she just goes, ‘Ohhh, good!’ She was so sweet!”

West, for his part, has appeared as a musical guest on the show seven times but has never hosted.

For more, watch her monologue above!