Down on bended knee — again! Jed Wyatt has found his match in girlfriend Ellen Decker and has taken the next step after nearly three years of dating.

Off the Market! Bachelor Nation Stars Who Got Engaged in 2022: Photos

“Ellen, you are the greatest joy of my life. Getting to spend so much time with you has taught me so much,” the Bachelorette season 15 winner, 28, gushed via Instagram on Sunday, July 17, confirming the twosome’s engagement. “Above all, our ability to work through difficult situations has been very impressive. We never turn and run on each other, we face life head on and figure it out.” 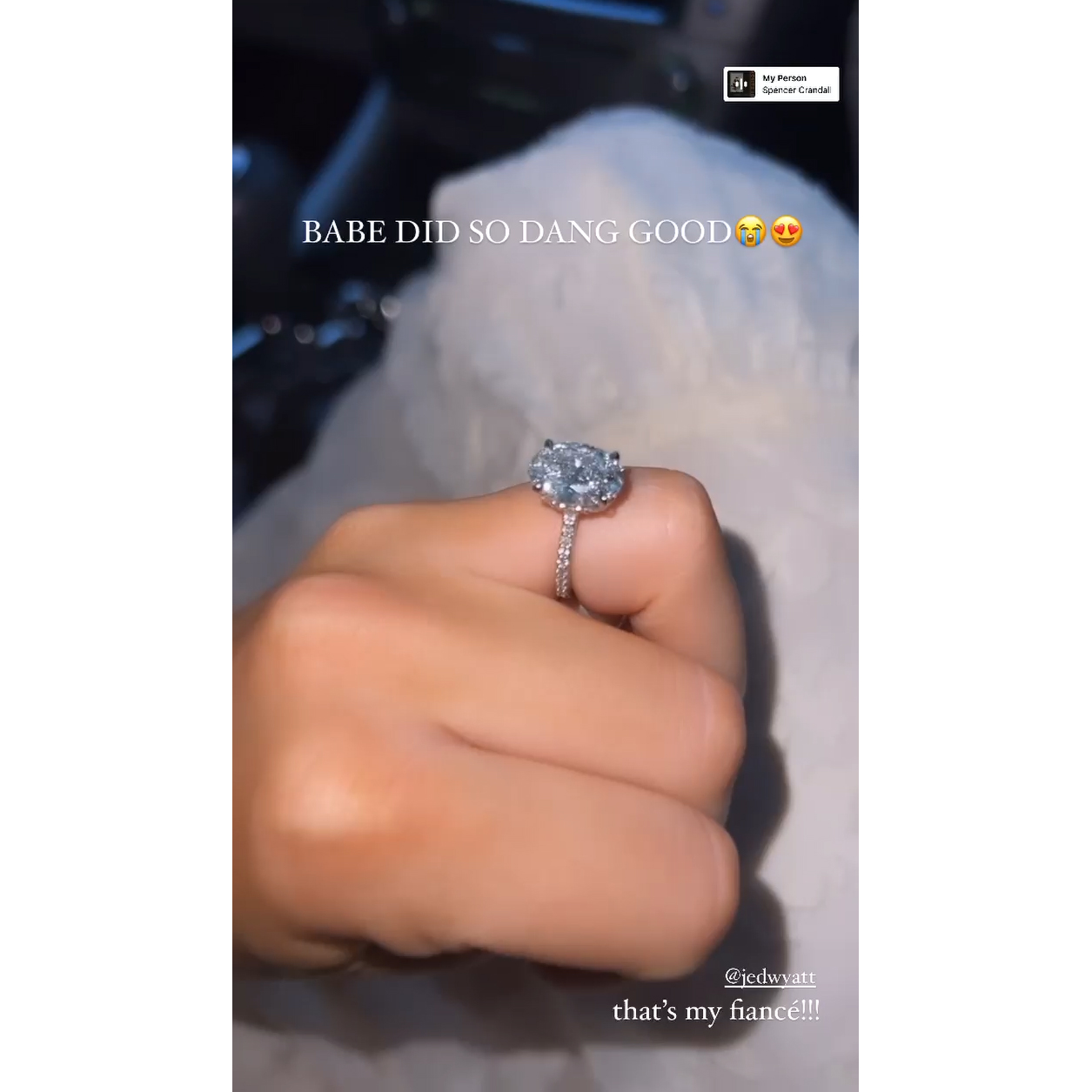 He added: “We had people doubt us, and we would laugh. We had days where we drove each other nuts, and we would always come back to resolve. We’re rooted in a love deeper than anything I could have ever prayed for.”

Celebrity Engagements of 2022: Stars Who Got Engaged This Year

The country singer — who announced his relationship with Decker, 26, in November 2019 — popped the question on Friday, July 15, in Franklin, Tennessee.

“Turns out, spending a few months knowing you’re going to propose to the woman of your dreams can take a toll. But every possible second of struggle that led to this moment was worth it,” Wyatt continued in his social media upload. “Ellen is the coolest, most fun, funny, down to earth, hardest working, healthiest eating, routine doing, long walking, breath of fresh air I’ve ever met. Facts are this, I don’t remember what I said down there on one knee, but with the tears flowing, Ellen Decker said yes to me. I am elated to get to spend this life with you.”

He concluded: “I get to love you, protect you, support you, and buy you endless amounts of sprinkles. Waking up next to that ring on your hand the past couple days has been one of the happiest feelings I have felt in my life. You deserve it all, Ellen.”

Wyatt proposed to the fitness trainer amid her birthday celebrations, where they were quickly celebrated by his fellow Bachelor Nation alums.

Former ‘Bachelor’ and ‘Bachelorette’ Winners: Where Are They Now?

“Yay! So happy for you two,” Hannah Godwin commented. Her fiancé, Dylan Barbour, for his part, added: “Let’s go!”

Before Wyatt met Decker, he notably appeared on Hannah Brown’s season of The Bachelorette. After accepting the 27-year-old God Bless This Mess author’s final rose and proposing on the 2019 finale, he soon came under fire after he was accused of having a girlfriend back home at the time of filming. Brown — who has since moved on with Adam Woolard — eventually broke off their engagement during the season finale.

“I think that we [were] both supposed to go through that,” the reality TV alum said of his former engagement during an October 2021 appearance on the “Reality Life With Kate Casey” podcast. “It sucks … but it really wouldn’t have put me where I am today [without it].”